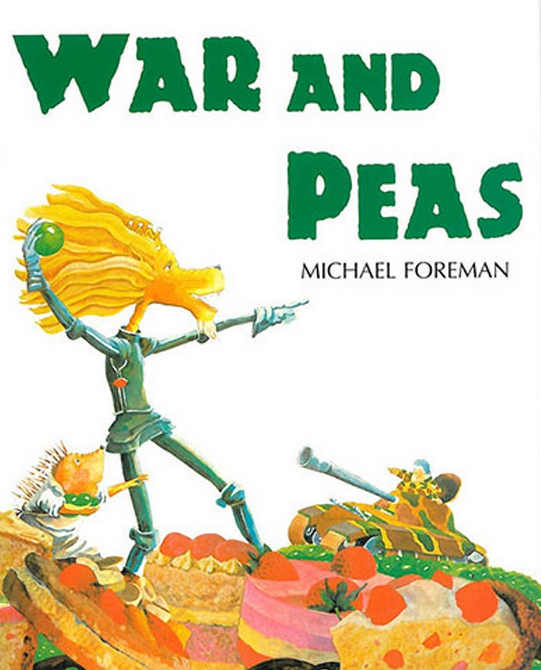 Michael Foreman’s classic children’s book War and Peas may not be exactly what the University of Sydney’s Charles Perkins Centre has in mind (thought it might be!) but it will be most exciting to see what emerges from its decision to offer a Writer in Residence Fellowship to a creative writer  to “join the fight against obesity, diabetes and cardiovascular disease”.

Making the announcement, the university said the $100,000 fellowship is the first of its kind in Australia and ‘will take an unusual approach in enlisting a creative writer in a domain that is often seen as exclusively medical’. Professor Stephen Simpson, Academic Director of the Charles Perkins Centre, said:

“The impact of obesity has moved far beyond the confines of medicine.”

“The insights and interpretations of creative writers are a missing but crucially important piece of the puzzle in our fight against obesity and its related conditions, which are perhaps the most complex health issues in human history.”

Rather than writing specifically about obesity and chronic diseases, the writer will be given an open slate to creatively interpret the issues and their inherent complexity – not just health, but also wellbeing, food, ageing, social disadvantage or cultural identity. Simpson said:

“The Fellowship is a tremendous opportunity for an established creative writer to transform the world’s understanding of and attitudes towards the modern epidemics of chronic disease by interpreting them in a manner beyond the reach of scientists and clinicians.”

Starting in 2016, the Charles Perkins Centre Writer in Residence Fellowship will be for one year and will provide $100,000, an honorary appointment at the University of Sydney, an office in the Charles Perkins Centre Research and Education Hub, full library access, and the opportunity to meet and work with a diverse range of researchers, educators and clinicians. It will recognise an Australian writer working in a creative genre (including fiction, poetry, theatre, creative non-fiction, digital media, and screen) who has published a major work, or has had it performed or produced professionally within the past five years.

The Fellowship, which will commence in mid-2016, has been funded through a gift from alumna and inaugural patron Judy Harris. Expressions of interest must be submitted by 29 January 2016.