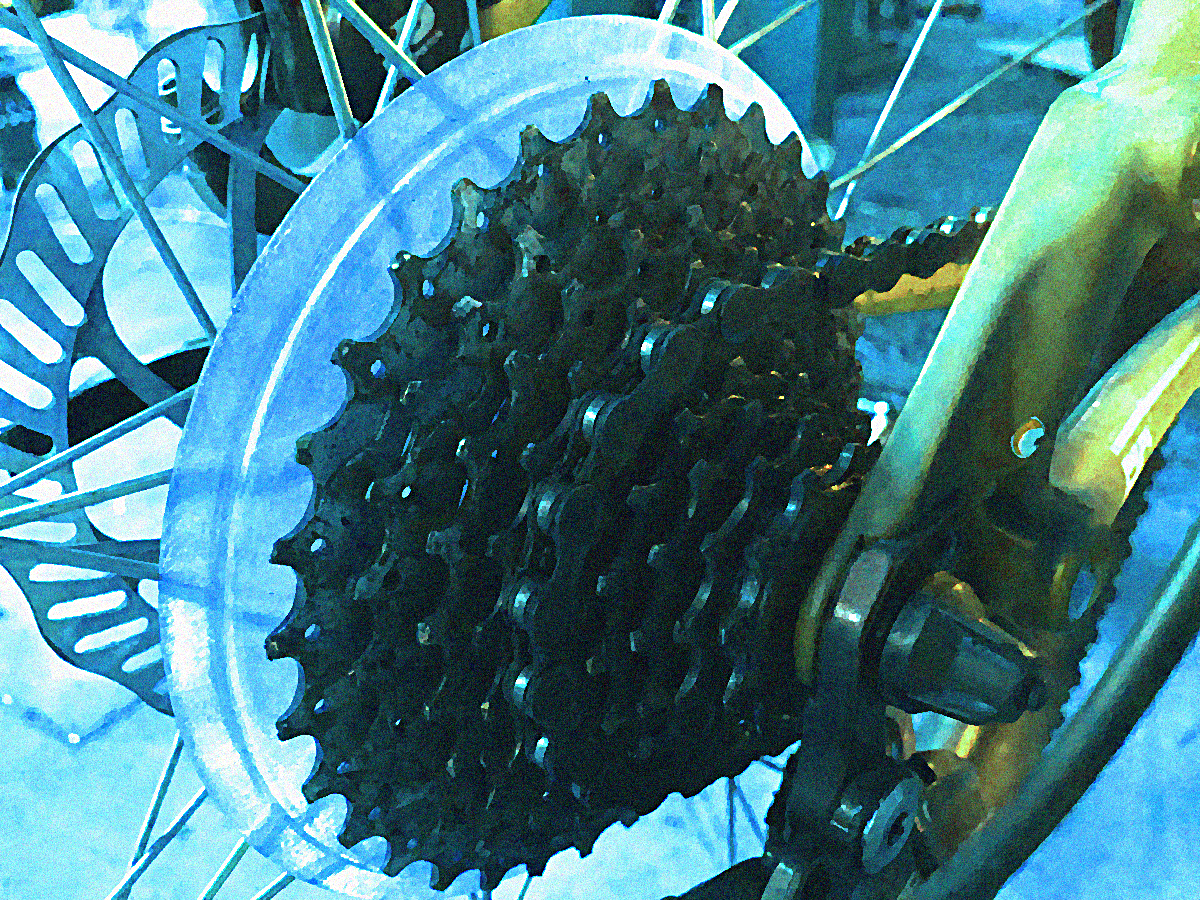 A call to “shift gears” in health policy: implement the evidence and centre the public interest

In a timely end-of-year reflection that also serves as a call to action for 2019, the chief executive officer of the Consumers Health Forum of Australia, Leanne Wells, identifies several areas where policy has clearly failed the public interest (and no doubt Croakey readers can think of plenty more).

Wells calls for “people power, persistence and conviction-based policy” to drive a much-needed shift in health policy, across areas ranging from obesity to private health insurance, pharmacy, and investment in consumer leadership.

With Australia’s health system it can sometimes seem that the more remedies there are proposed, the harder it gets to put them into practice.

Whether it be evidence-based benefits of consumer-centred primary care, fresh arguments in support of prevention or advances in medical science, we are learning more ways to better health. 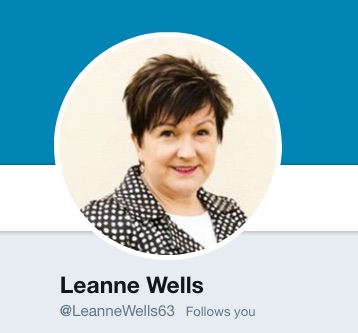 With the digital era we have more tools than ever at our disposal to introduce modern and efficient ways to deliver health care into people’s homes. But exploiting our expanding knowledge for the benefit of all of society does not get any easier.

A compelling example of the hurdles to implementing evidence-based reforms that could generate great benefits at modest cost came this month as Parliament rose for the last time in 2018.

A Senate committee report into the obesity epidemic presented the case for action to counter what is a huge, growing and complex phenomenon with population-wide consequences (Dr Lesley Russell also covered the report for Croakey).

Australia ranks fifth highest in the world in incidence of obesity with 63 percent of adults overweight or obese.  The rate for children aged up to 17 is 27 percent.

The growing prevalence of obesity has profound implications for our future health: rising diabetes, heart disease and cancer and great impacts on health expenditure and productivity.

The report noted that now 30 countries or local jurisdictions have introduced a sugary drink tax.  It cited research from Diabetes Australia finding that a 20 percent levy on sugary drinks could cut consumption by 12.6 percent, resulting in 800 fewer people a year developing type 2 diabetes.

There is widespread public support for measures like a sugary drinks tax and curbing the promotion of high fat, high sugar, high salt food and drink.  A survey by the 11,000-strong Parents’ Voice organisation found that 90 percent of parents favoured a sugary drinks tax.  Many respondents also said that such a tax should not be done in isolation.

The committee also heard repeated mention of the Tipping the Scales report produced by the Obesity Policy Coalition, which pulled together the views of dozens of health experts yielding an eight-point national obesity strategy.

The evidence before the committee however failed to sway senators from the two major parties for varying reasons on key issues including the proposal for a National Obesity Taskforce, a tax on sugary drinks and restrictions on the advertising of junk food.

Given the scale and urgency of the obesity crisis, the many years during which the obesity issue has been debated and the existence of a comprehensive plan like Tipping the Scales, the response of Australia’s two big political parties is highly regrettable.

Several surveys in recent years have shown strong public support for concerted action on obesity. It is difficult to avoid the conclusion that many of our politicians are putting the interests of the food and beverage industry ahead of the health of the nation.  What could be more important?

The Government’s response to recommendations of an independent review into community pharmacy regulation and remuneration also indicated that the interests of business had taken precedence over those of the consumer.

A recommendation to dismantle anti-competitive measures and create more support for independent professional pharmacists, though widely supported by consumers and others, failed to get government support and curtailed the opportunities that could be harnessed to maximise the integration of this trusted workforce into new, progressive ways of delivering health care in settings such as general practice and aged care facilities.

The mounting evidence of consumer frustration with the high cost and diminishing coverage of private health insurance has been another area where we should question whose interests are being best served.

An issue that has prompted a response from Government has been out of pocket health costs.  A survey by CHF, Out of Pocket Pain, earlier this year showed that many people with insurance incurred out of pocket bills on top of their insurance premiums running into thousands of dollars.

The Health Minister established a review into out of pocket costs and CHF has proposed the establishment of an authoritative web site in which specialists would publish their fees. That would be a welcome step along the path to greater transparency.

The economic dynamics and supply and demand of health care remain hard to decipher and CHF has argued long and hard for a Productivity Commission inquiry into private health insurance including a look at government assistance for health insurance, which, depending on how you measure it, ranges between $6 billion and $10 billion.

The encouraging trend is that we are seeing a growing body of evidence, including that provided by the recent Third Atlas of Health Care Variation produced by the Australian Commission on Safety and Quality in Healthcare (reported here for Croakey), and the NPS Medicinewise Choosing Wisely program that throws light on the what is and isn’t working in health care.

The question of value for money poses challenges in most corners of health care.  For some years CHF has supported primary health care reform to develop better coordinated and accessible care in the community, particularly for the chronically ill and those who are higher users of health care such as families with children.

The Government has a trial underway for its Health Care Homes initiative which makes significant changes to the way doctors are paid.  Rather than being paid a fee for each service, participating GPs receive bundled or blended payments to encourage wrap-around care rather than one-off episodic sessions under traditional fee for service arrangements.

The time is ripe for our political and other leaders to transform the health system to ensure it is sustainable, effective and leads to greater satisfaction for consumers and practitioners. That was the finding of the ‘Snakes and Ladders’ report we published recently with The George Institute for Global Health and the University of Queensland MRI Centre for Health System Reform Integration. 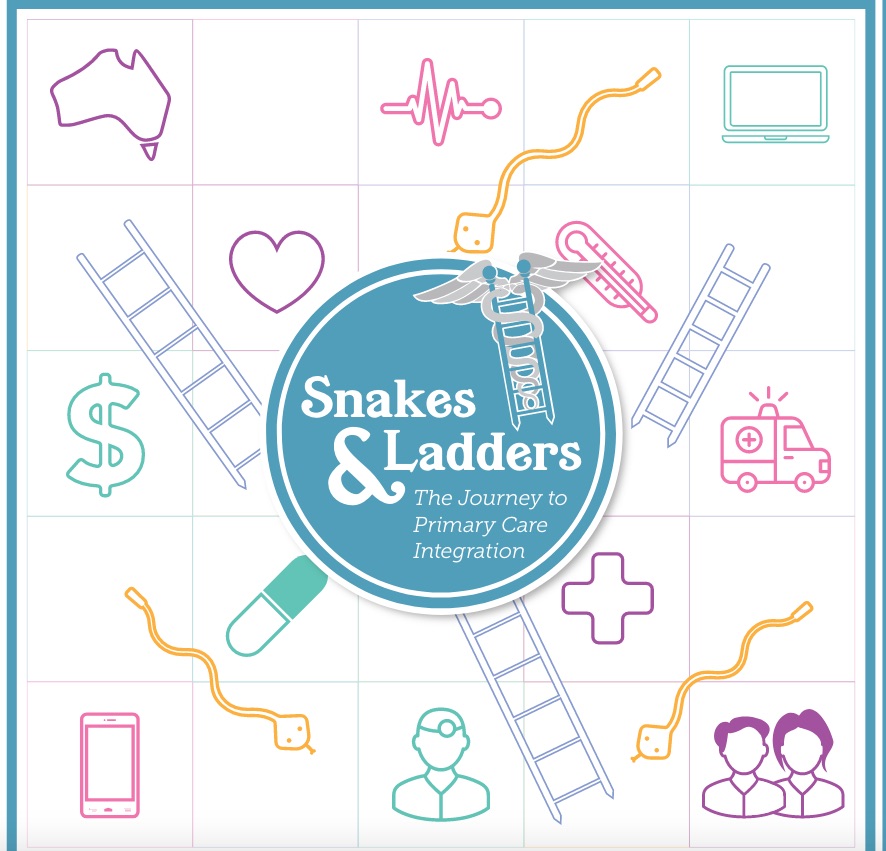 The report identified aims including a consumer-centred approach, equitable access to continuity of integrated care and coordination of services with other health social and economic sectors which impact on wellbeing of people.

We have seen recent welcome signs from the Federal Government of a change of emphasis to hospital and community funding and would encourage the Opposition to give more attention to services outside hospital.

The past year shows that there is still more to be done to get Australia on a progressive, forward-looking health policy footing: one that pursues measures based on what we know works but isn’t afraid to take some risks to innovate and ‘push the envelope’.

We need strong and informed consumer leadership and engagement to advocate for evidence-based services and policy and that requires public investment in organisations like ours and other NGOs and in the consumers leaders of the future.

People power, persistence and conviction-based policy are the characteristics that have marked successful policy shifts in the past if we think for instance of the decades-long battle it has taken to implement anti-tobacco measures.

It is time for brave policy and for pledges to be made to translate policy into services that will future proof our health system so that it delivers the best care possible to the community.

As CHF said in our White Paper, Shifting Gears: Consumers transforming health, released as we signed off on 2018, it is time to ‘shift gears’ and strive for the policy developments we know will shape a better system and, equally importantly, invest in informed consumer leaders who can serve as agents of that change.