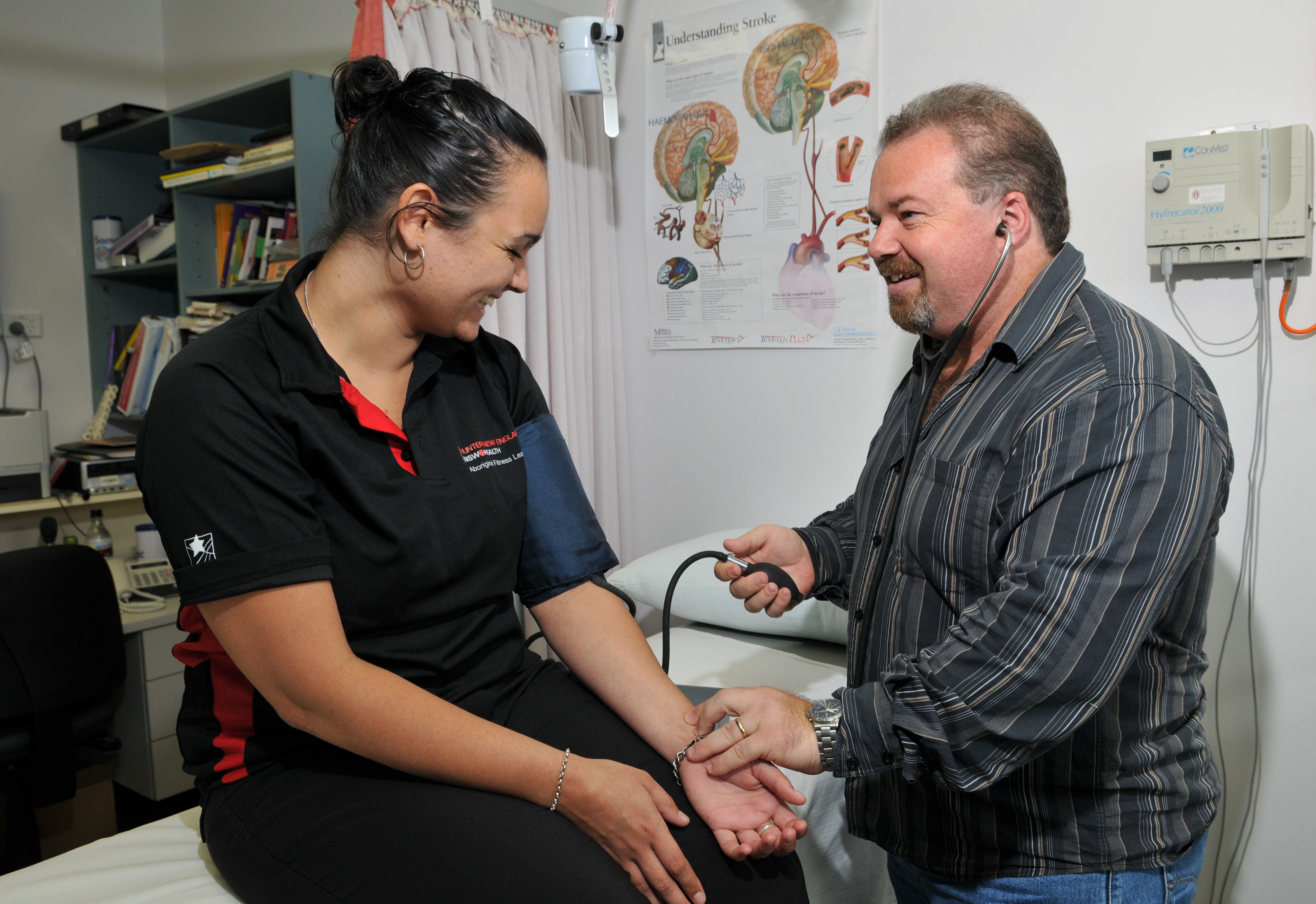 A role for all doctors in Closing the Gap

It’s been ten years since Australia’s Close the Gap campaign was launched, calling for an end to inequalities in life expectancy and other indicators for Aboriginal and Torres Strait Islander people.

Though some progress has been made Australia’s Indigenous peoples continue to lag the broader community.

Closing the gap on life expectancy within a generation and halving the disparity in unemployment are not within reach and numeracy and literacy show mixed improvements, according to the Prime Minister’s 2016 update.

Boosting the number of Indigenous doctors is seen as one of the key steps in driving down health inequality, and is an advocacy priority for the Australian Indigenous Doctors’ Association.

To reach population parity of about 3% would require an additional 2,700 Indigenous doctors in Australia — presently there are only about 200. Were there to be enough Indigenous doctors to reflect the population’s disproportionate burden of disease, the number required would triple.

In a new piece for Croakey, AIDA President Dr Kali Hayward highlights priorities for improvement, including cultural safety and mental health, and argues that all doctors have a role to play in Closing the Gap.

In 2016 – the 10 year anniversary of the commencement of the Close the Gap Campaign for Indigenous Health Equality — the Australian Indigenous Doctors’ Association (AIDA) wants to recognise the important contribution doctors have made, and continue to make to this campaign.

AIDA is firmly committed to working across the health education and training sector to achieve Close the Gap’s key health targets; namely, to close the life expectancy gap between Aboriginal and Torres Strait Islander and non-Indigenous Australians by 2031, and to halve the gap in mortality rates for Indigenous children under five by 2018.

While we are assured by some evidence of progress, we know that long-term change and improvement takes time. AIDA will to continue to advocate where we see barriers to closing the gap, and work to redress the unacceptable disparity in health outcomes between Aboriginal and Torres Strait Islander and non-Indigenous Australians.

AIDA recognises that fostering the growth of the Aboriginal and Torres Strait Islander medical workforce is imperative in improving Indigenous health outcomes and creating a culturally safe health system that is free of racism. We advocate for a mandatory and assessable Aboriginal and Torres Strait Islander health curriculum and cultural competency training across the medical education and training continuum.

Through our work with peak organisations, government and across the education and training sector, we recognise that all doctors have a role to play in closing the gap.

A culturally safe system that is free from racism

AIDA advocates for workforce education and training strategies that target the elimination of racism in the health sector. We affirm Strategy 1B in the Implementation Plan for NATSIHP, which specifically refers to eliminating racism against Aboriginal and Torres Strait Islander people within the health system.

A key indicator of the current poor levels of cultural safety in health care delivery within the hospital setting is the unacceptable rate of discharge against medical advice for Aboriginal and Torres Strait Islander people.

In the two years to June 2013, as reported in the Aboriginal and Torres Strait Islander Health Performance Framework 2014, the rate of discharge against medical advice for Indigenous patients was eight times that of non-Indigenous patients. This equates to around 5% of all Indigenous hospitalisations in the period July 2011 to June 2013 resulting in discharge against medical advice, as compared to the non-Indigenous rate of 0.5%.

This rate suggests that hospital services are not meeting the needs of Aboriginal and Torres Strait Islander patients to the same extent as those of non-Indigenous patients. The statistics also support AIDA’s position that cultural safety training for doctors and hospital staff, and respect for patients’ cultural needs, will directly contribute towards closing the gap in Indigenous health outcomes. 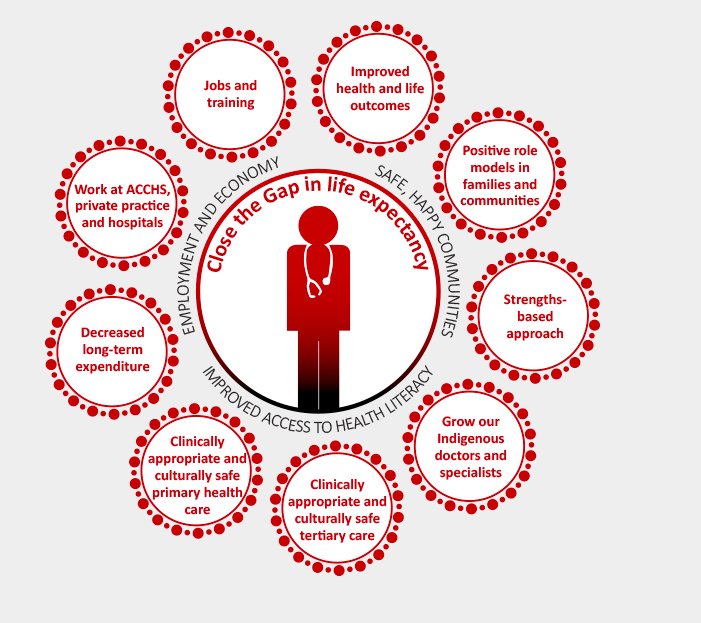 In its 2016 Progress and Priorities Report, the Close the Gap Campaign Steering Committee noted that between 2008 and 2012 suicide was the leading cause of death due to external causes for Aboriginal and Torres Strait Islander people.

AIDA notes with great concern that this reflects a significant lack of targeted interventions to promote mental health wellbeing for Indigenous people.

AIDA reinforces the recommendation made in the 2012 and 2013 National Report Cards on Mental Health and Suicide Prevention that mental health be included as a distinct target in the Closing the Gap campaign.

General Practitioners are often the first point of contact for people experiencing mental health issues, and play a critical role in early intervention and ongoing management. However, to provide the level of comprehensive and holistic care required, all levels of the health sector including hospitals, specialist care, outpatient clinics and treatment programs must be adequately staffed and culturally safe.

A whole-of-system approach is needed to provide the level of care required to protect and sustain the mental health and wellbeing of Aboriginal and Torres Strait Islander people.

AIDA maintains that the NATSIHP Implementation Plan is the road map to closing the gap on the unacceptable health disparities between Aboriginal and Torres Strait Islander and non-Indigenous Australians.

The Implementation Plan was developed through the National Health Leadership Forum and with bipartisan support, and AIDA calls for it to be adequately resourced through appropriate budget measures and targeted policy development and implementation.

In the next 10 years, AIDA would like to see sustainable and ongoing policy commitment, financial investment and leadership from Government that supports the entire health sector to respond to, and redress the unacceptable health disparities identified in the Close the Gap Campaign.

Through our ongoing work and engagement across the education, training and workforce sectors, AIDA envisages an increase in the number of Aboriginal and Torres Strait Islander doctors, and the growth of a more culturally safe health care system.

We know these two goals are critical in meeting the Close the Gap targets and achieving equitable and sustained health and life outcomes for Aboriginal and Torres Strait Islander people.

Dr Kali Hayward is President of the Australian Indigenous Doctors’ Association, a descendant of the Warnman people of Western Australia and a GP, cultural and medical educator working on Kaurna land.