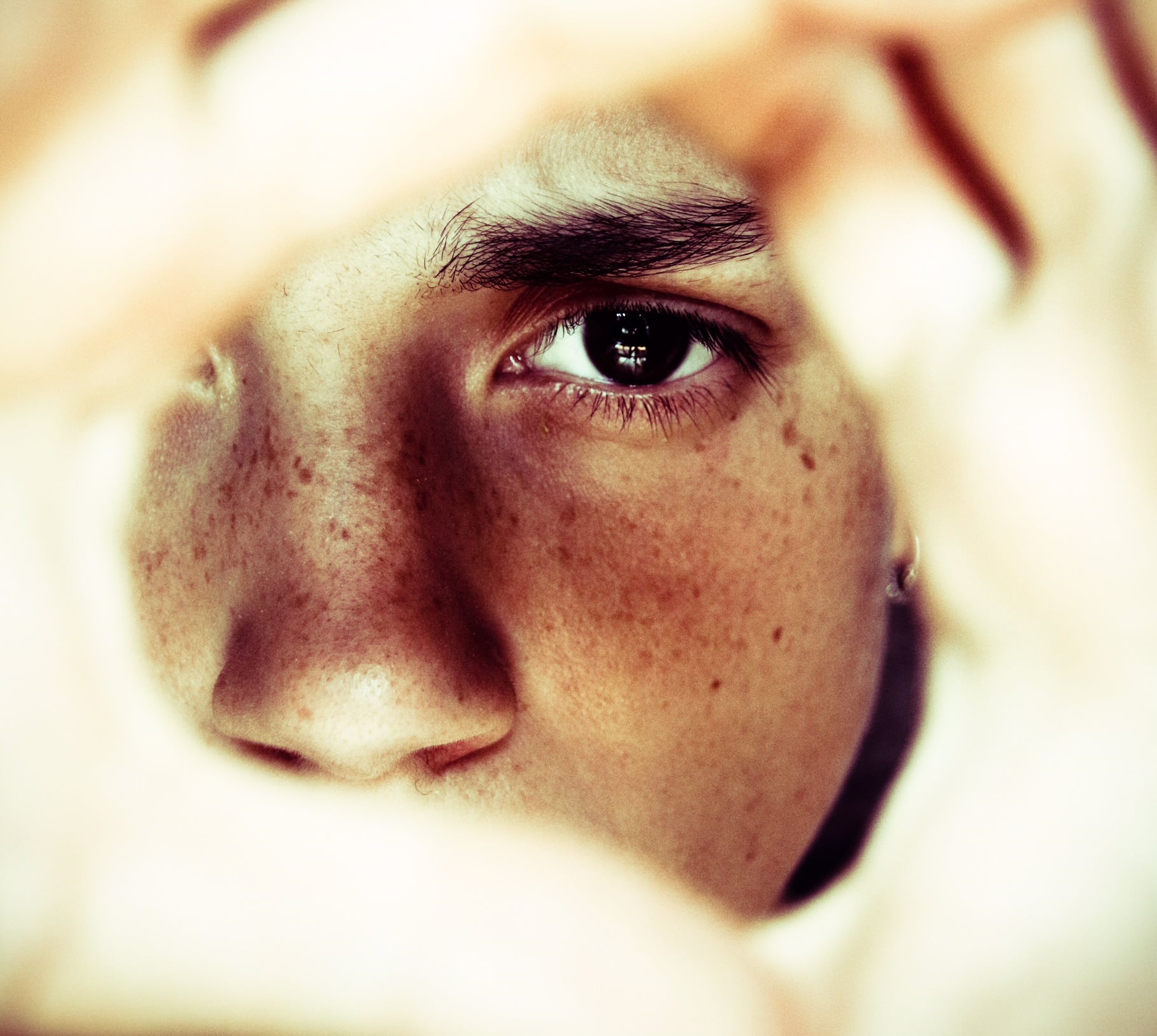 In his second parliamentary reading of the legislation that established Medicare’s predecessor, Medibank, in 1973, then federal minister for social security, Bill Hayden, described the scheme as “the most equitable and efficient means of providing health insurance coverage for all Australians”.

Medicare is still viewed as a universal scheme, a level playing field to which every Australian has access, but how equitable is that access?

In the post below, former CEO of the National Rural Health Alliance, Gordon Gregory, explains why the national datasets looking at Medicare use and health care expenditure currently do not answer important questions about equity, including to what extent financial disadvantage is a barrier to access.

If we want to answer these questions, he writes, we need to look at our health and welfare data from new and different perspectives.

The central purpose of Australia’s Medicare is to give all eligible persons three things: the choice to receive, free of charge, the services provided by public hospitals; no-cost or low-cost services from general practitioners and certain medical specialists; and no-cost or low-cost access to medicines listed on the Schedule of Pharmaceutical Benefits.

Much has been made of Medicare’s ‘universality‘ – the assertion that its provisions relate equally to all eligible persons, irrespective of their location or income.

In reality however, some people’s access to Medicare is limited by circumstances beyond their control. Barriers to seeing a doctor can include information (eg they’re not aware of the services that exist), logistics (eg distance), service queuing (eg the doctor’s books are closed or they’re booked out), and cost factors.

Given the intention of Medicare to ensure that no-one is deprived of access to health services because of their financial means, the last of these – cost factors – is an issue with which we should be particularly concerned. Currently there is insufficient evidence about affordability and access.

Neither of these inquiries considered the relationship between the dollar value of costs paid by an individual and their ability to access necessary health services.

One measure of the price paid by individuals for access to necessary health services is the AIHW’s well-developed dataset relating to out-of-pocket costs paid for a specified category of services that are subsidised by Medicare.

In 2015-16, Australians spent $29.4 billion out-of-pocket in total on health-related expenses – or about $1,195 per person. This compares with $141 billion spent on health by governments, private health insurers and accident compensation schemes.

This last category includes general practice and specialist fees, diagnostic imaging, pathology and obstetric services. In 2016–17, around 9 in 10 Australians used one or more of these services. Governments contributed $19.0 billion towards them, with around $3.0 billion being paid by patients from their own pockets. This category therefore comprises only 10% of the total paid out-of-pocket ($3.0b of $29.4b).

Of this $3.0 billion, 34% was for specialist services, 25% for GP services, 12% for diagnostic imaging services (including radiology) and 6.6% for obstetric services.

Costs for services subsidised by Medicare

The services for which patients paid this $3 billion are the subject of the Healthy Communities: Patients’ out-of-pocket spending on Medicare services, 2016–17 report, which shows that, nationally, half of the patients receiving the specified Medicare-funded services paid something for them from their own pockets, and half had the full costs paid by the government.

This 50:50 split can be compared with the fact that, in the same year, 86% of all GP services were bulk-billed, while 66% of patients had all of their GP services bulk-billed.

The report then details a wide range of dollar figures for out-of-pocket costs for groups of people who live in specific ‘local areas’ (there are 340 statistical local areas (SLAs) in Australia) and, at a more highly-aggregated level, in particular Primary Health Networks (PHNs) (there are 31 PHNs).

There are figures about the incidence of out-of-pocket costs and their median (mid-point) value, where they exist, by PHN and SLA – with numerous comparisons made.

More prominence should perhaps have been given in the report to the statement in the fine print, as it were, at the end of the document:

Local area variation in the amount that patients spend out-of-pocket on health services is influenced by a number of factors, including:

Variation in out-of-pocket costs and patients’ experiences of cost barriers can highlight gaps in access to affordable health services. However, if an area has high out-of-pocket costs, it does not necessarily mean that people living there have difficulty obtaining these services, as service use is also influenced by a person’s financial situation and needs.” (emphasis added)

What this means is that most of the dollar figures in the report are more ‘data’ than ‘information’, because they shed no light on the relationship  between the level of out-of-pocket costs paid and an individual’s status with respect to access to health service

There may be an underlying assumption that the higher the costs paid by an individual from their own pocket, the worse their service access situation.

This would be a false construct. Someone who has paid zero out-of-pocket costs could be a person in clinical need of the specified services but with no access to them, for one or more of the reasons specified above: lack of knowledge, lack of access due to distance or their inability to meet the actual or perceived cost.

Someone with high annual out-of-pocket costs could be a healthy person with good knowledge and easy access to the specified services.

Two individuals paying the same amount from their own pocket may well have radically different abilities to pay: one regarding the cost as a discretionary payment they choose to make, the other having to forego other critical expenses. For these reasons, even the national aggregates of out-of-pocket costs are not informative.

We read that patients living in metropolitan PHN areas were less likely to incur out-of-pocket costs than patients in regional PHNs. There is no way of knowing to what extent this is due to differences in the availability of the services, in their charging policies, in the need of patients for the services, their attitude to paying for them or other factors.

Similarly, the finding that those in metropolitan areas who did have out-of-pocket expenses paid higher amounts, could relate to the unit cost of services, providers’ decisions about bulk billing, the number of services accessed per year, or the availability and use of services not funded by Medicare, including allied health services, or a hospital emergency department.

The report does not include figures about access to services that are not within the Medicare system, such as dentistry and allied health. And the ABS’s 2016-17 Patient Experience Survey reminds us that poor access to dental services, due to their cost, is a serious matter – and one that is worse for people living in areas of socio-economic disadvantage.

For a fuller picture of the relationship between a family’s financial means, their location and their access to health services, data series relating to out-of-pocket costs need to be integrated with other health access, economic and population data. We need to know the relative significance of the factors that contribute to different dollar figures for different people.

As well as their data about out-of-pocket costs, both the AIHW’s Healthy Communities: Patients’ out-of-pocket spending on Medicare services, 2016–17 and the ABS’s 2016–17 Patient Experience Survey also report on a data series that may illustrate more about cost barriers to health service access than the dollar value of out-of-pocket costs.

This is the proportion of people in particular groups who delayed or failed to keep an appointment with a health professional because of cost.

Across Australia in 2016-17, 6.5% of people aged 15 years or more reported delaying or not having a specialist, GP, imaging or pathology service when they needed it due to cost. This represents an estimated 1.3 million people. Nationally, 4.1% of people who needed to see a GP (an estimated 663,000 people) delayed or did not see a GP due to cost.

Other findings from the ABS for this data series for 2016-17 were:

Such direct relationships between financial means (in this case inferred by an area’s level of socio-economic disadvantage) and access to services are of concern and should be further researched.

In the meantime it should be noted that spatial variations in such a measure (eg between different PHNs) are confounded by the same factors as for out-of-pocket costs. Consider, for example, the statement that:

This last sentence could be explained by the fact that fewer people in regional, remote and very remote areas were referred to a specialist in the first place – or they lacked access for other (non-cost) reasons.

The clinical importance of delay

Without further information it is impossible to judge the clinical importance of the figures relating to delayed or cancelled health appointments. Where visits to a GP are concerned, the patient may have been in real clinical need or, alternatively, they may have been ‘doctor shopping’ or among ‘the worried well’.

Also, such self-reporting by survey respondents may reflect a real inability to meet the cost of the service, or only their fear of being unable to meet the cost they believe would be incurred.

The costs of both a GP visit and a visit to the Emergency Department of a public hospital are covered by Medicare. But it is nevertheless worth noting that the ABS reports that, in 2016-17, people living in outer regional, remote and very remote areas were almost twice as likely to report visiting a hospital Emergency Department because a GP was not available when required, than those living in major cities (29% compared with 17%).

The importance of not being able to see a general practitioner or other primary healthcare professional in good clinical time is almost certainly reflected in the fact that, as shown in Australia’s Health 2018, the rate of potentially preventable hospitalisations increased with the remoteness of a person’s usual residence. This effect was most pronounced for Indigenous Australians.

Australia is blessed with good data relating to health and well-being, thanks to the ongoing activity of impressive national agencies and the collaboration of states and territories and health professional bodies.

It is therefore surprising that so little is known about the relationship between patients’ financial means and their status with respect to health service access.

The situation could be improved with more publicly available analyses of the data sets relating to health, socio-economic status and other characteristics of people and the places in which they live. It may be the case that these datasets are already being integrated or synthesised.

Because of the frequency with which the characteristics of non-metropolitan areas serve to place their residents at a disadvantage in access to health services, and health outcomes, these further analyses would be a particular boon to the rural and remote health sector.

This said, seeking some certainty that low income is not prejudicing access to health services for anybody should be a national priority, and one to which Big Data agencies and the Medical Research Future Fund should turn their attention.