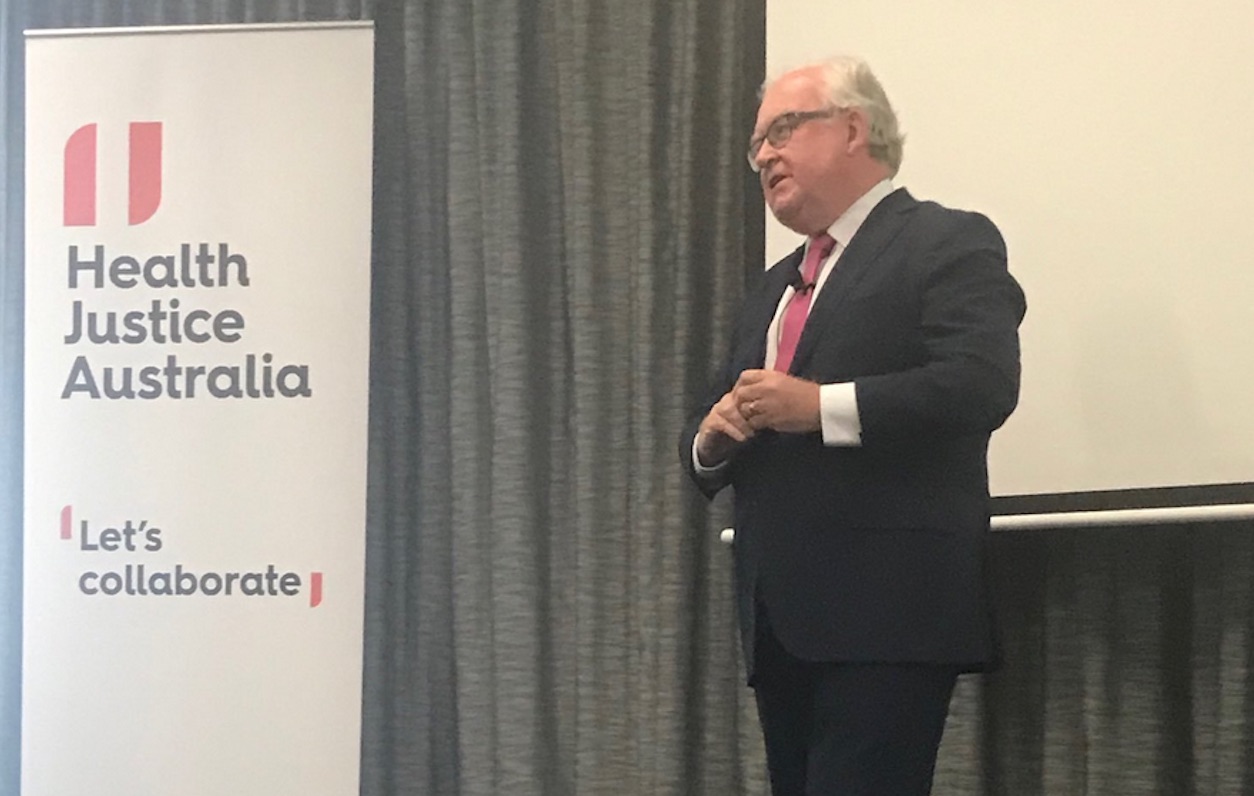 After so many Royal Commissions, what have we learnt about institutions?

Incentives are the most important factor that drives an institution’s behaviour, according to Robert Fitzgerald AM, who has peeked into the dirty washing of more institutions than most.

Now at a distance from that role, and with the banking and finance royal commission in mind, he told Health Justice Australia’s conference Health Justice 2019 about what he had learned.

When push comes to shove

It is really about the notion of integrity and legitimacy.

Integrity is about the lived values within an institution. All of the institutions that you deal with have mission statements, value statements, what have you.

They were required by the religious organisations, moved into the non-profit sector and now [have been] acquired by for-profits.

But the Royal Commission showed that despite the values that were stated, when push came to shove, something else overrode those values.

And they were incentives.”

Incentives can be financial, or they can be aligned with personal advancement, they can be reputational, or other types.

He expected this would also be shown by the disability and aged care royal commissions.

And what are the incentives in the health system?

If I said to you, ‘it’s about putting the patient first’, you would not believe that. And you shouldn’t. Because demonstrably it’s not true in many institutions.

We certainly know that in the banking and financial sector, when they said, ‘we’re going to put the customer first’, that wasn’t true.

And we know that when certain religious institutions were confronted by survivors of child sexual abuse, they didn’t put the interests of the abused first. Notwithstanding all the values.

So in a sense, what the royal commissions have shown us is that governance, leadership and culture are all related, but most importantly, values have to drive the organisation at every level.

And they have to be aligned to the incentives at play.”

So how can cultures be changed?

“In simplest terms it’s about voice, choice and participation,” he said.

“And in your space, partnerships.” 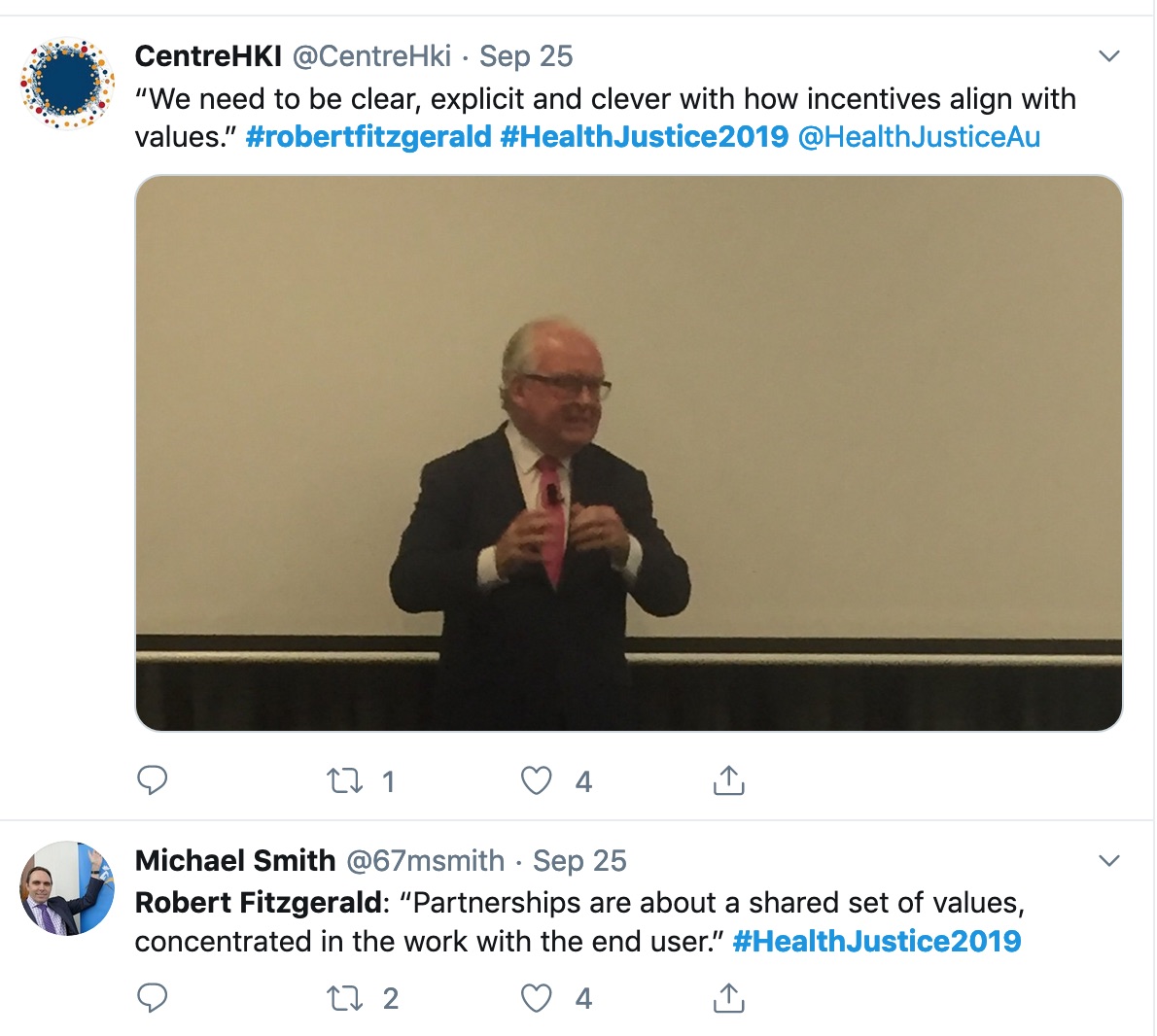 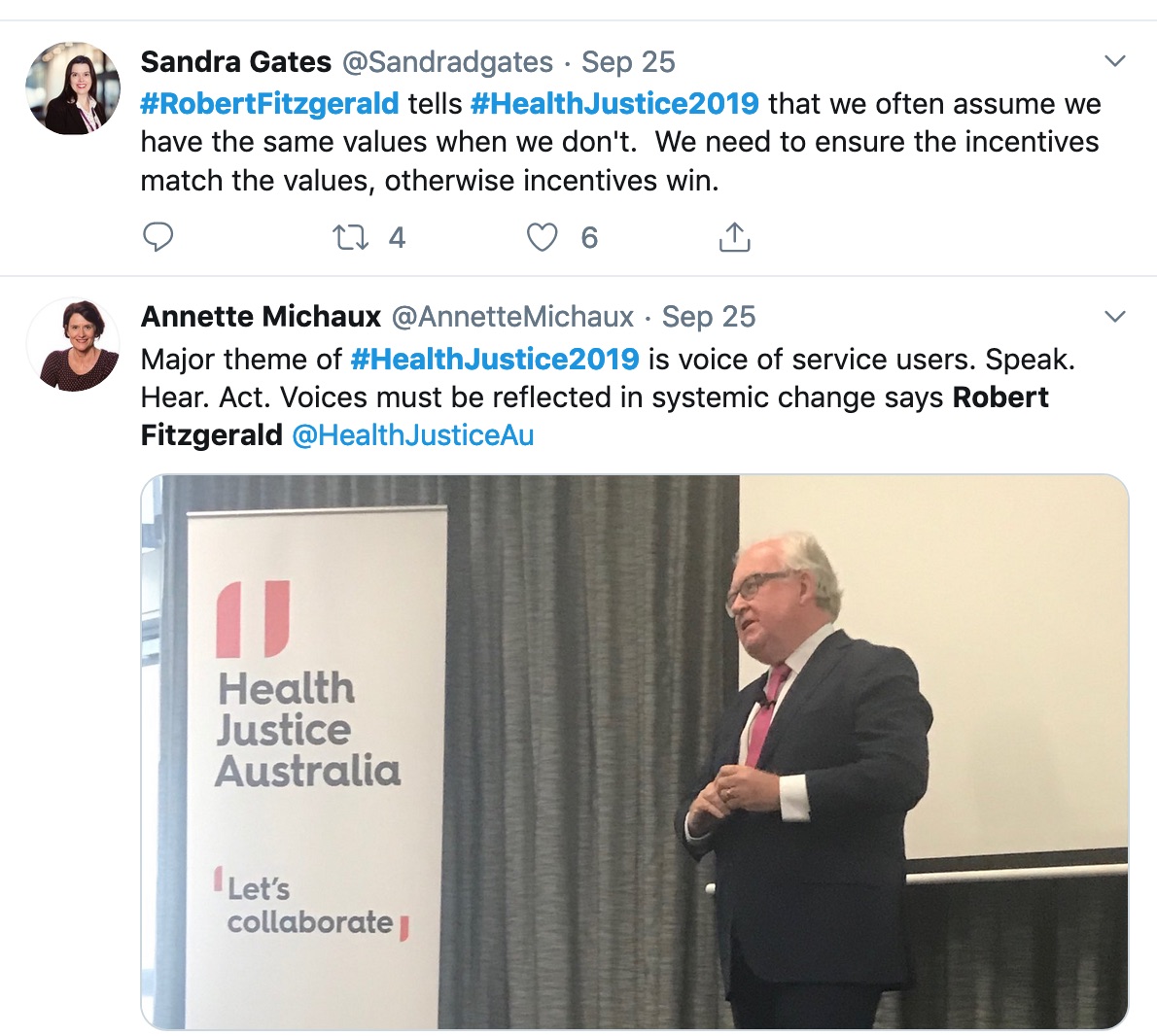 • Mark Ragg is an editor at Croakey and director of Ragg & Co. He was a guest of Health Justice Australia at the conference.