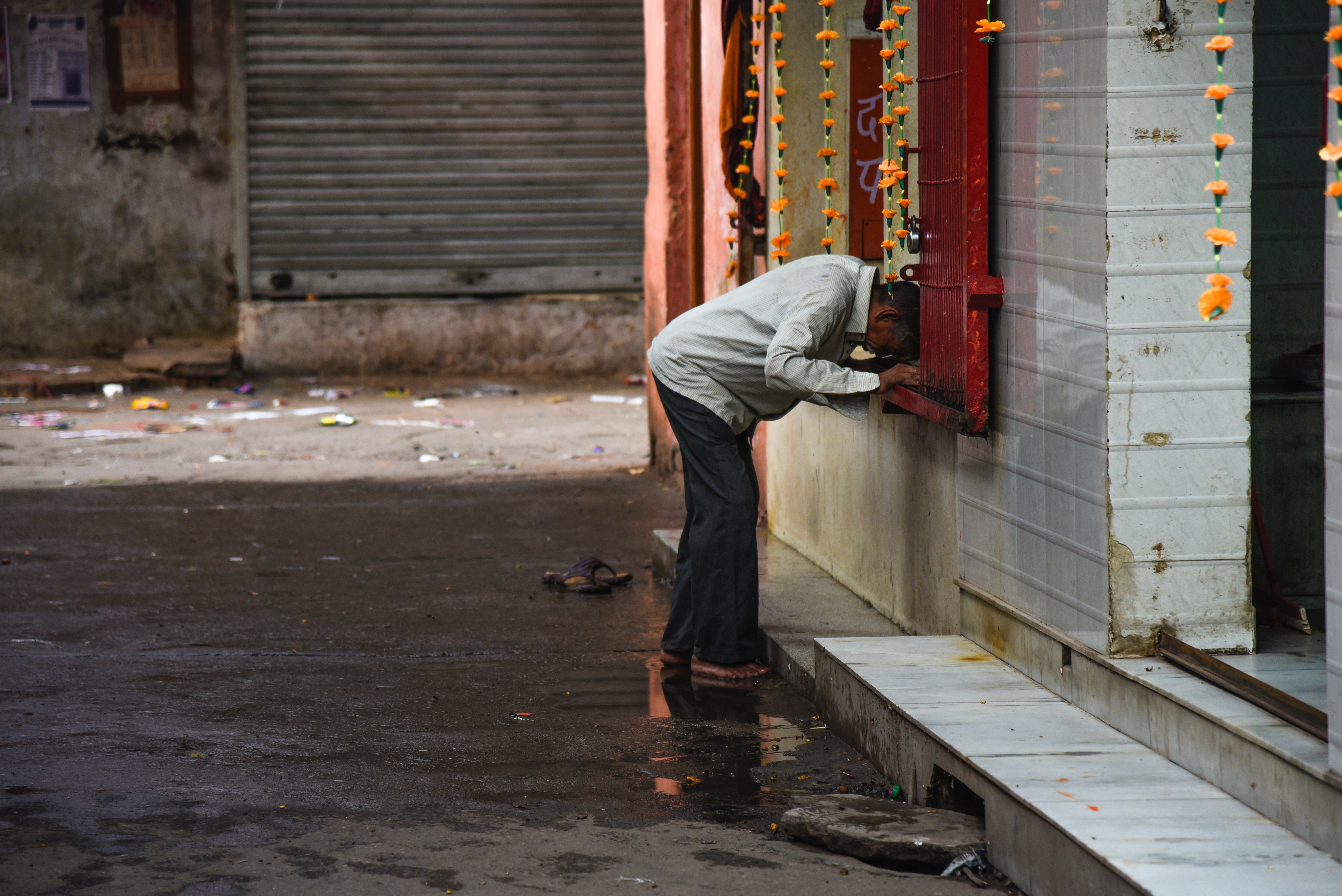 Photo by Abhishek Goel from Pexels

Shocking scandals continue to roll through the media cycle, featuring abuse of power and influence by the addictive industries, and alleging corruption and worse.

Who hasn’t read or heard about Crown Casino’s high roller operation or the ABC’s investigation into the National Alcohol Strategy (NAS), which Drink Tank has been following since the story broke on Friday 26 July.

At the heart of these scandals is the issue of political and regulatory failure to protect the public interest. And as the only national organisation representing the public interest in relation to the harm caused by alcohol use, the Foundation for Alcohol Research and Education (FARE) has serious concerns about the state of the country’s long-overdue strategy to reduce alcohol harm.

Having provided commentary during the initial ABC investigation of the NAS policymaking process, FARE was alerted to the discrepancies in the NAS drafts, and has undertaken an analysis of the content to ascertain the extent of the damage.

Today we publicly released the paper Alcohol industry fingerprints: Analysis of modifications to the National Alcohol Strategy (NAS) which confirms the NAS has been seriously undermined following so-called ‘consultation’ with the alcohol industry, which occurred in 2018 when Health Minister Greg Hunt yielded to industry pressure to involve them in finalising the strategy.

The analysis compared the ‘consultation draft’ with a later ‘revised draft’ which was presented to the States and Territories for approval early this year. That draft includes significant pro-alcohol modifications and criticaldeletions.

Measures proven to reduce alcohol-related harm have been either watered down, erased or substituted with content directly from the alcohol industry playbook that normalises the consumption of alcohol.

A clear statement that the alcohol industry have no role in developing health policy has been struck out, as have all safeguards to manage conflicts of interest.

The strategy has been modified so that where it previously planned to challenge perceptions of ‘safe’ consumption, it now plans to educate people only about excessive consumption.

The strategy has also been modified to re-frame alcohol consumption as a positive part of Australian culture, in line with alcohol industry rhetoric. 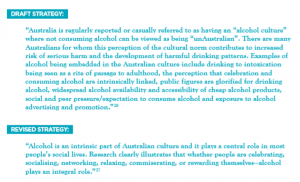 The ABC Background Briefing investigation found the late-stage involvement of the alcohol industry was also against the specific recommendations of the Health Minister’s senior departmental advisors.

In a media release issued today, FARE has likened this example of undermining the NAS development process to an exercise in regulatory capture by Big Alcohol. FARE’s analysis coincides with new research showing the alcohol industry is successfully impeding the prevention of death and disease from alcohol use in Australia.

Research author Tony Brown from the University of Newcastle says his paper Legislative Capture: A Critical Consideration in the Commercial Determinants of Public Health, published in the Journal of Law and Medicine, offers a prototype multi-spectrum legislative capture test, with broad application to these examples of suspected involvement in regulatory capture by the addictive industries.

Mr Brown says his research has applied the capture test to a case study on reform of NSW alcohol supply laws, and found significant encroachment of the public interest and alcohol industry capture of the legislative process.

The research identifies that the alcohol industry’s practise of making large political donations to buy influence fits the elements of regulatory capture, and may extend into the realm of ‘clientele corruption’ recognised by the High Court of Australia.

Warnings from UN and WHO

These examples of undue industry influence are the type of scenarios the World Health Organization and the United Nations have specifically warned of the need to protect against.

FARE says political interference by vested commercial interests is unacceptable to the Australian community. In FARE’s Annual Alcohol Poll, the majority of Australians were highly sceptical of alcohol companies, with 70 per cent saying the industry has a conflict of interest being involved in developing alcohol policy to reduce alcohol harm while making profits from selling alcohol products.

With all public interest safeguards removed, the last line of protection is the State and Territory Ministers, some of who have stated publicly stated they will not sign-off on the NAS, despite Australia being without a strategy since 2011.

WA’s Minister for Mental Health Roger Cook says he is bitterly disappointed and Minister Hunt now needs to go back to the evidence about what works to reduce levels of alcohol-related harm and revisit the objectives of the strategy.

I think that everyone should be consulted, but the harsh reality is that we are talking about alcohol, not talking to alcohol, and as a result of that we need to do what we think is necessary to reduce the negative impact of alcohol in our community. Now if that creates some discomfort for the industry well that’s simply a fact of life.”

This scandal exposes the Federal Government’s failure of the most basic requirement of good government, to protect the public interest.

In response, FARE is calling on the Government to rely upon independent expert advice from the nation’s leading medical practitioners and researchers to finalise the strategy, not the alcohol industry.

Before industry exerted its political power and influence we had a coherent measurable pathway that held various stakeholders to account for making demonstrable reductions in alcohol harm that currently kills 6000 Australians every year and costs the country $36 billion annually.

The public health sector wants this strategy back.

Michael Thorn is chief executive of FARE. This article has also been posted on FARE’s website