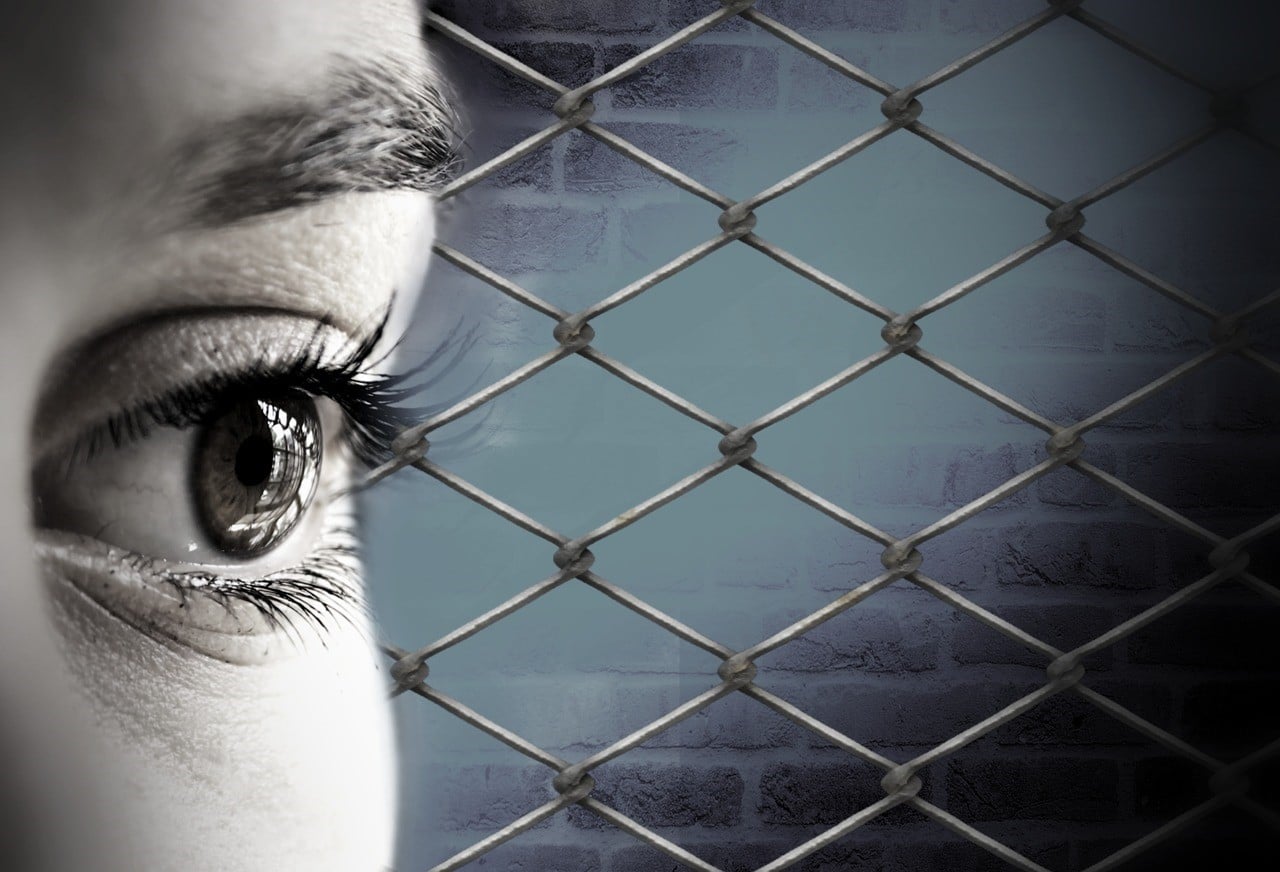 Amid crisis on Manus Island, some questions about role of health practitioners

With a crisis situation unfolding on Manus Island, health leaders and groups are taking to social media to call on the Government to take action to ensure the safety and well-being of the 816 men remaining in the detention centre.

On any grounds, humanitarian, legal, health or political, the treatment of refugees on Manus Island is a disgrace and our national shame

The Greens and Labor have called for the continuation of medication supplies to the men with Greens Leader Richard di Natale highlighting the risks of stopping medication for mental illnesses.  About 20% of the people detained on Manus Island are believed to be on medication for a mental health condition.

Using social media is one way in which people in the health sector can share concerns about the situation and call on political representatives to take action.

Refugee leaders have also called on people opposing the Government’s actions to call politicians’ offices to register their opposition.

Here's what the #refugees on #Manus need you to do today. Call their offices ??, demand that they support the call to #BringThemHere. pic.twitter.com/TbTNypC5jh

Finding out more about the experience of the detainees can help inform advocacy and protest actions. There are a number of  detainees who are active on Twitter, including the following:

Mosquitoes kindly don't bite us tonight we are already tortured by horrible people.#Manus

Tomorrow will be protest at 5pm, it's too hot and people are in critical condition.
???❌#MANUS⛓️☠️⛓️

As health leaders and groups continue to advocate for the detainees on Manus Island and for the humane and just treatment of all refugees, it is worth reflecting more broadly on the role of health professionals in providing care for people in ethically questionable circumstances.

Can health professionals justify providing care for refugees being held in conditions they feel are unethical and fundamentally harmful to their well-being? Should health care providers who oppose mandatory detention work in detention centres at all? Why do some health care providers choose to work in these centres and what are some of the ethical issues they face?  What can health professionals do if they have ethical concerns about the treatment of their patients in detention?

The Royal Australian and New Zealand College of Psychiatrists, like other medical colleges and health bodies, has a Code of Practice that grounds its members’ practice, teaching and research. Cardinal principles of this Code include respecting each person’s humanity and dignity, being impartial and unbiased, and acting equitably for all.

These principles imply a connection between health, well-being and human rights. Many other principles in the Code, which cover the need to improve health services, address social determinants of health, and not misuse professional knowledge and skills, even more explicitly connect health and human rights.

What room is left then for human service professionals to have political views, or for active political engagement? Do such codes, originating in moral philosophy, bypass politics, or illuminate politics?  Would a practitioner’s political views – such as on the issue of asylum seekers, for example – impede their provision of good healthcare or advance it?

The issue of immigration detention

Established 25 years ago, immigration detention receives continuing support from successive Australian governments and both major political parties.  But no published research significantly dissents from the now massive body of multidisciplinary inquiries and research that confirms that Australia’s immigration detention policies cause significant health, including psychiatric and emotional, problems.

The continuing impacts of detention on asylum-seeking children are particularly worrying.

Many doctors find the ethical framework of healthcare and human well-being, incompatible with the policy objectives of detention. Human service professionals can also get caught up in conflicts of interest with their employers.

Healthcare in immigration detention has long been sub-standard and potentially dangerous. Patient transfers from Manus Island and Nauru have been stopped or delayed, with death sometimes resulting.

Mentally ill and suicidal people are forced to endure or re-enter detention, against medical advice, under government direction. Asylum-seekers have been required to undergo health assessments while exhausted, dehydrated and filthy, with clothing soiled by urine and faeces. According to multiple consistent eyewitness accounts, individuals are addressed by boat number rather than name.

Currently, no arrangement for independent expert medical review exists for quality of care offshore and the Chief Medical Officer has recently resigned. Simultaneously a humanitarian emergency unfolds on Manus Island, as Australian and PNG governments enforce closure of its detention centre. Its asylum-seekers, unwelcome and attacked by locals and the PNG Navy, are terrified to enter the local community and have nowhere to go.

Their mental health problems are pervasive, and deaths likely to be suicides have occurred. In this crisis, the PNG Government has contracted International Health and Medical Services (IHMS) to service refugees beyond October 2017: for how long is uncertain. In the transition, IHMS is issuing refugees with medication supplies, potentially up to a month, but without clear, continuing health support, mental health professionals describe this as a risky strategy.

Examples abound of human service professionals who, encountering the human rights abuses of immigration detention, have revealed and condemned these wilfully harmful policies. Faced with State resistance and possible punishment they acknowledge a professional responsibility to clearly oppose injustice.

Meanwhile, national institutional bodies of medicine, social work, paediatrics, psychiatry, nursing, psychology and public health have now all collectively opposed immigration detention. These organisations are not regarded as radical, nor are they synchronised in any way, which makes this alignment the more remarkable.

Why would health professionals work in detention sites?

All of this raises the question of whether doctors and other human service workers should continue to work where healthcare encounters human rights abuses.

Human service professionals may continue to work in detention sites for many reasons. They may believe they are doing vital service for the nation (this happened at Guantanamo Bay in the ‘War on Terror’). Or their reasoning could be more monetary, as there are handsome financial and career rewards ($13000 /week for a medical post on Nauru recently).

Idealism also features significantly. Human service employees with the Department of Immigration and Border Protection (DIBP) may believe they can still meaningfully assist asylum seekers within this system. A compassionate person may prefer to deliver the best possible care within the system’s constraints, rather than enlisting a new, unknown replacement. They may be concerned that leaving may jeopardise asylum seekers’ care via workforce shortages. They may also wish to advocate for asylum seekers from within the system.

However, DIBP detention work cultures strongly discourage advocacy. Advocacy often ends in dismissal or no change. Advocacy seldom tackles the systemic nature of DIBP problems and additionally, is obstructed by the diffusion of responsibility.

What can health and human service professionals do?

Should there then be a boycott of health and human services to Australian immigration detention? This is one proposal. It would mean health and human service workers being asked not to work within Australian immigration detention unless appropriate conditions are met. However, while this would remove the “the loaning of respectability and legitimacy,” it may have little impact on medical treatment in detention centres, because the government now uses mainly non-Australian personnel.

There are other options. These include: gathering information on human rights violations and substandard care; independent oversight of asylum seeker health (which the AMA has called for); preparing independent medico-legal reports, including claims for injuries incurred and documenting payout costs; advocating for appropriate and comprehensive settlement and support services; engaging with international and national bodies to highlight asylum seekers’ predicaments; and where death has occurred and health remedies and recommendations have not been applied, pursuing coronial inquiries and consequent actions.

Where dominant frameworks are imposed on and used to assess minority subordinate groups such as asylum-seekers, who are misrecognised through stereotyping and categorisation, we argue ‘neutrality’ is not an option. Human service professionals even intending good may affirm an oppressive harmful system, or may transform it, by challenging its underlying generative framework.

The Australian Government’s practice of immigration detention with its inevitable abuses is unnecessary. Other countries achieve identity, health and security checks differently. Australia has to renounce this – and the Australian community will be healthier as a whole if we do.