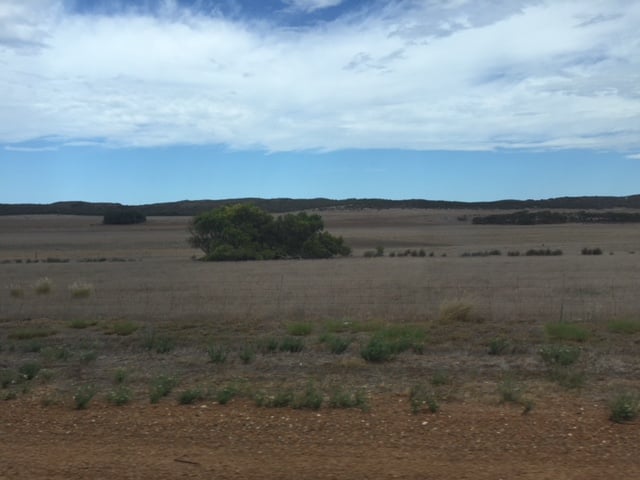 Time for some new horizons, for national rural health policy?

An “ambitious” call for a national rural health strategy

In his recent article kicking off the series, Gregory critiqued what the Federal Government is calling its Stronger Rural Health Strategy, describing it as a package of rural medical workforce programs.

In this second piece he makes the case for development of a real National Rural Health Strategy – a document about the principles to be agreed and adhered to by governments at all levels (from all sides of politics) and by the rural health sector itself.

Considerable effort will be needed to put such a document in place, and there needs to be a clear distinction between such a Strategy and Federal/State/Territory rural health plans or road maps. But with an over-arching Strategy in place, rural health can be given the national focus and prominence it deserves, Gregory says.

The ‘Stronger Rural Health Strategy’ announced in the May Budget has none of the characteristics of a real national rural health strategy. It is not bipartisan. And in a sector in which the States and Territories do so much, not to mention local government, it is not cross-jurisdictional.

Nor does it involve or commit the rural health sector itself, or make reference to all of the non-health sectors involved with the social and economic determinants of health.

The Budget’s co-option of the term ‘rural health strategy’ muddies the waters and makes it more important to distinguish a strategy from a plan or road map, and all of those from a bundle of programs.

There are several precedents for production of, and adherence to, a true National Rural Health Strategy.

The most recent was the second iteration of Healthy Horizons, endorsed by Health Ministers and the sector for the period 2003-2007. That document was described as “a framework for improving the health of rural, regional and remote Australians”.

In some quarters it is thought to be ambitious, at a time when rural and remote health is said “not be on the agenda”, to conceive of a national strategic document to which all jurisdictions have agreed.

The counter-argument is that when rural health is not a priority is precisely the time when stronger focus and greater commitment from governments should be sought.

There are a number of reasons why it is desirable to have bipartisan support for a high level national document on rural and remote health.

1. The existence of such a document would proclaim that the health and well-being of the one-third of Australia’s population who live in rural areas is a matter of importance.

2. An agreed national strategy would ensure that, irrespective of which party is in power, there would be a consistent approach to the management and prioritisation of rural health.

3. An ongoing, settled, national approach to rural health would be a fixed context in which the States and Territories determine their own plans for rural health. This would reduce variability between jurisdictions in the way rural and remote health is treated, and facilitate work to achieve a uniform national approach in related areas such as professional registration and accreditation, and the setting of occupational terms and conditions.

4. A consistent, documented bipartisan approach to rural health provides the policy context in which national organisations concerned with health and well-being (including but not exclusively those in the health sector) can prosper and optimise their contribution to good health.

5. Such an approach provides certainty about the basic principles and approaches to be taken to rural health, which can be used to keep governments, businesses, researchers and health service providers publicly accountable for what they do and what they may fail to do.

The notion of a National Rural Health Strategy needs to be seen in the context of planning arrangements made at other levels. Each State and Territory health jurisdiction produces, from time to time, its own jurisdiction-wide or rural health plan.

Given the disparate electoral and policy cycles in each jurisdiction, these plans have a variety of timelines so that it is not possible to mandate in a national plan that such-and-such an activity will be achieved by such-and-such a date.

The hierarchy of arrangements sees plans for individual jurisdictions, including potentially a federal rural health plan, sitting at a level below the national strategy. Programs, in turn, sit below the plans. (Some people have a preference for the term ‘road map’ instead of ‘plan’.)

The third piece in this series will attempt to embolden the faint-hearted by detailing the style and content of a new, real National Rural Health Strategy.