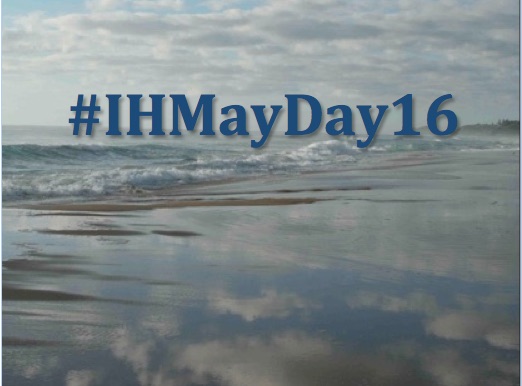 Please make a note in your diaries – the third annual Indigenous Health May Day Twitter festival will be held on Thursday, May 12.

You can track the discussions and news at #IHMayDay16.

The event will be hosted by Associate Professor Bronwyn Carlson at the University of Wollongong, with her colleague Dr Tanja Dreher.

Discussions on the day will be moderated by the founder of #IHMayDay, Dr Lynore Geia from James Cook University, and by Assoc Prof Bronwyn Carlson and Croakey contributor Summer May Finlay.

Last year the event occurred both IRL (hosted by Nursing & Midwifery at James Cook University in Townsville) and in cyberspace, and the plan is for a similar real life-meets-cyberspace experience this year.

As in previous years, a program of guest tweeters will run from 7am until 10pm AEST.

Calling for expressions of interest

The theme for the event is youth and families, and suicide prevention. This will be timely, following the Coming Together for a Greater Tomorrow Aboriginal and Torres Strait Islander Suicide Prevention Conference to be held in Alice Springs, May 4-6.

The #IHMayDay16 organisers are calling for expressions of interest from individuals and organisations interested in guest tweeting for a session during the day.

Please contact us by April 1, via the details on the bottom of this page (or ping us on Twitter), with a short bio and an outline of what you would like to tweet about.

As in previous years, the program is for Aboriginal and Torres Strait Islander people, and non-Indigenous people are encouraged to participate by RT-ing and listening.

Dr Lynore Geia said: “I am thrilled that #IHMayDay16 is our third such event. For me, it’s about reaching out into national and international arenas, and talking about the issues of Indigenous health in Australia in its holistic sense. It’s about collaboration and developing genuine partnerships; it’s about moving forward. It’s so much more than a talkfest – it’s about building communities that want to see positive outcomes for Indigenous people and for our nation more widely.” 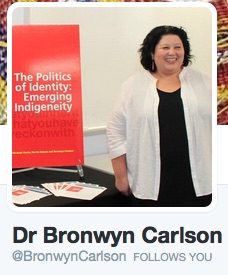 Associate Professor Bronwyn Carlson said: “#IHMayDay16 is an extremely important event given we will focus on youth and suicide prevention. Aboriginal and Torres Strait Islander communities experience suicide rates that are among the highest in the world. We are also avid social media users and our participation on social media is at least 20% higher than the national average! Let’s use social media to ensure that important information is shared. As a tool for action, social media provides us with a forum within and across territorial borders where our voices can be heard and where we can communicate, network, educate, share and challenge. Join us and be part of this initiative!”

Dr Tanja Dreher said: “#IHMayDay is such an important event, not least for the invitation for non-Indigenous people to participate by listening and RT-ing. I hope to learn more about the politics and practices of listening by working with #IHMayDay16. Hosting the event at the University of Wollongong is also an opportunity to showcase local expertise on Indigenous health and the many organisations doing fantastic work across the Illawarra.”

Summer May Finlay said: “To me, #IHMayDay16 is one day where Aboriginal and Torres Strait Islander people’s voices are privileged. I hope that people reflect on the dominance of non-Indigenous people’s voices on issues affecting us and consider how they can ensure that they don’t speak for us, over us or instead of us.”

Croakey is delighted to co-host the event and we plan to publish the program closer to the time.

For more information about IHMayDay

#IHMayDay: tweeting for empowerment and social and emotional wellbeing.