Home Global health and climate change climate change As Ley disappears into the sunset, new reports highlight the need for Health Ministers who will act on climate 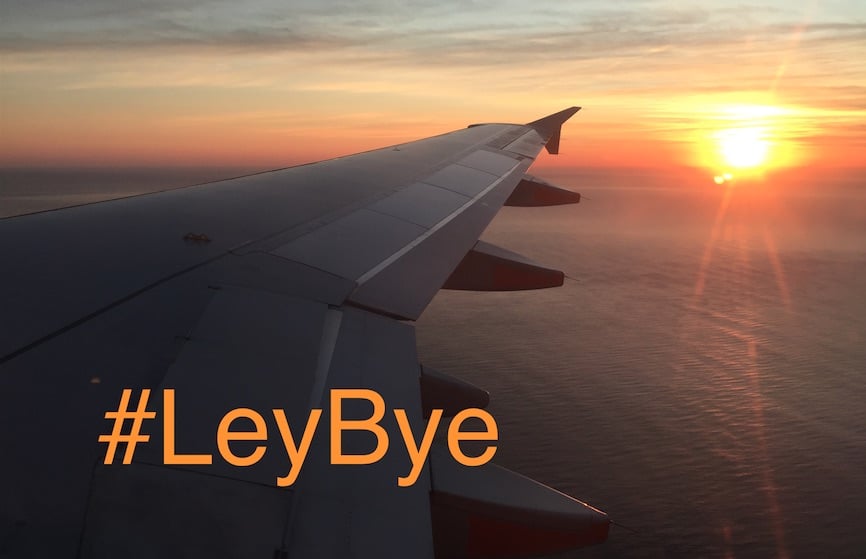 As Ley disappears into the sunset, new reports highlight the need for Health Ministers who will act on climate

As Sussan Ley was drafting her letter of resignation as Minister for Health, Aged Care and Sport (see it in full at the bottom of this post), some others of us were sweltering in extreme weather conditions while reading the World Economic Forum’s latest report on global risks.

The report is based upon a survey, conducted last September-October, of 745 respondents, who include leaders from business, government, academia and non-governmental and international organisations, as well as members of the Institute of Risk Management.

It highlights the threats to global security from growing income and wealth inequality, and suggests the need to reform market capitalism to foster great solidarity. It also examines the risks associated with technological developments driving insecure work and other changes including, worryingly, an arms race in autonomous weapons systems.

It states: “Concerns over income and wealth distribution are becoming more politically disruptive, and much greater emphasis is needed on the increasing financial insecurity that characterizes many people’s lives.”

But the major global risks identified in the report relate to climate change and environmental degradation: “This year, environmental concerns are more prominent than ever, with all five risks in this category assessed as being above average for both impact and likelihood.” 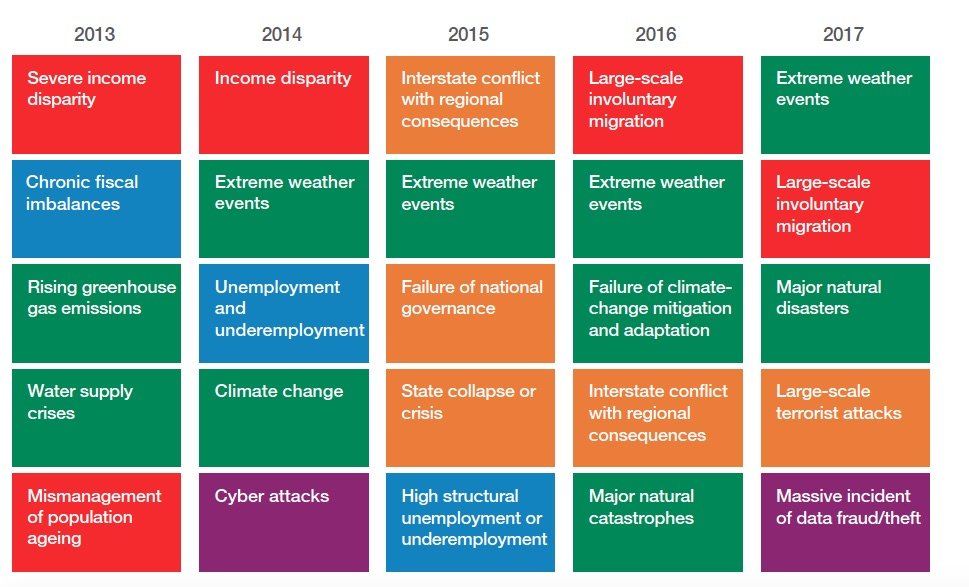 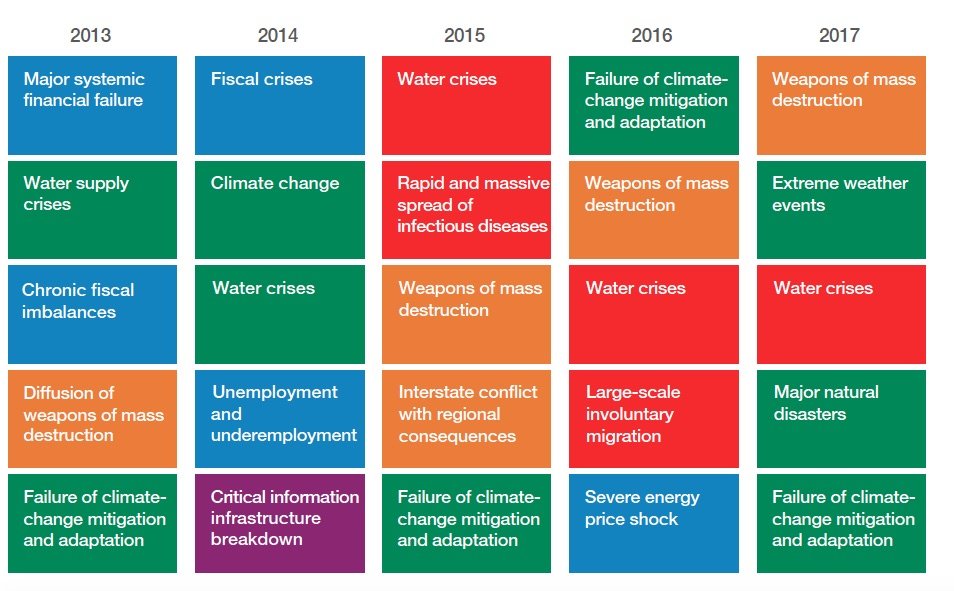 The report’s timing is a reminder that Sussan Ley joins a long roll call of former health ministers who failed to properly acknowledge and take action to address the threats of climate change to health and wellbeing.

Meanwhile, our hospitals are woefully ill-equipped to adapt to extreme weather and other hazards associated with climate change, suggest the UNSW Australia authors of the article below, cross posted from The Conversation.

As southeastern Australia swelters through another heatwave, how well equipped are our hospitals to cope with severe weather events?

Hospitals lie at the heart of our ability to manage the significant potential health impacts of extreme weather events. Many people would be surprised to hear that the vast majority of our hospitals have not been designed with these risks in mind. And they have not been adapted to ensure they can maintain healthcare services during such events.

The recent thunderstorm asthma outbreak in Melbourne, which was linked to eight deaths and put 8,500 people in hospital, is a vivid example of the health impacts of extreme weather. Such events can be life-threatening, especially for the aged, obese and critically ill.

Individually, health services workers do a remarkable job in coping with such events. However, the buildings they work in and the infrastructure that supports them often constrain their ability to respond.

Stories of power outages and of sick people waiting hours for beds and patients dying because hospitals were overstretched do not inspire confidence in the health system as Australia faces the prospect of more frequent extreme weather events such as heatwaves, floods and storms.

During the 2014 heatwave in South Australia, when Adelaide became the hottest place on the planet, heart attack rates increased by more than 300%. Other emerging extreme weather health risks include asthma from bush fires, increasing waterborne and vector diseases such as malaria, dengue fever and typhoid, dehydration and heat exhaustion, and physical injury from flying debris and floods.

There are many reports of hospital buildings and infrastructure failing during extreme weather events in Australia. For example, power outages have affected numerous hospitals and back-up systems reportedly failed during the 2004 heatwaves that swept Australia.

During the 2005 Sydney heatwaves, hospitals were swamped. Many people were simply seeking respite in air-conditioned reception areas.

In 2006, Cyclone Larry closed much of Innisfail Hospital. Staff required medical support from Townsville and Cairns hospitals. Herberton Hospital was without power until a generator was provided. Leaking roofs resulted in emergency evacuations.

In 2009, one-in-100-year storms left more than 3,000 NSW residents stranded by floods, many of them old and seriously at risk. Floodwaters isolated Coffs Harbour, Dorrigo and Bellingen hospitals. People needing urgent medical treatment had to be sent up to 80 kilometres away.

Most recently, after super-cell thunderstorms blacked out South Australia, back-up generators failed at an Adelaide hospital. Seventeen patients had to be transferred from Flinders Medical Centre to Flinders Private Hospital.

What are the systemic problems?

These stories are worrying, but perhaps not surprising, given that most of our hospitals were designed when these risks were not on the horizon. In the quest for cheap land not suited to commercial development, many hospitals have been built in areas prone to floods and storms. And many are built out of materials and designed in a way that could increase the risk to patients during extreme weather events.

Hospitals face many challenges in adapting to a changing climate. Our research identified a long list of issues, including:

The impacts of extreme weather on hospital buildings and infrastructure and how these influence service delivery during such events have been neglected. These aspects of disaster planning systems need to be properly considered.

In the high-pressured, resource-stretched, highly politicised and hierarchical health sector, current disaster management practices too often overlook the role of buildings and infrastructure.

While severely limited resources are understandably directed towards frontline health service needs, the current system is creating a stock of health buildings and infrastructure that represent a risk, rather than an asset, to quality healthcare delivery during extreme weather events.

The designers and facilities managers of new hospitals are now required to think about these risks, but our understanding of how to mitigate the risks is poor. This means most of our hospitals and other health facilities remain vulnerable to the inevitable extreme weather events in the future.

It’s a matter of time before we see the next headline about needless death and suffering due to a hospital being poorly designed to cope with an extreme weather event.

How do we fix these problems?

The problems would be easier to overcome if we had a more holistic approach to disaster management planning. Such planning needs to better integrate the organisational and built environment aspects of hospital resilience.

We will inevitably need to redirect and find additional resources for building adaptation and modification. However, this is probably why nothing will change until we have a disaster big enough to force policymakers to change. Such is life … and death.

Ending on a more positive note

PostScript from Croakey: Read this article by Christiana Figueres, published this week by the World Economic Forum, “Three signs the world is fighting back against climate change”.

These are: the falling cost of renewables; widespread public support for action; and resilient leadership including across financial institutions and the private sector.

Our ability to solve the challenge of climate change, which is also a challenge of energy, food security, immigration, health and fair economic growth, especially for the world’s most vulnerable people, is very strong.

We must remain optimistic and realistic, pragmatic and visionary. We need to work together in radical collaboration, reaching out across the divides that have grown within our societies.

The next five years will make the difference, and this incredible opportunity demands immediate and urgent responsive leadership from us all. Despite the hurdles we have faced and will continue to face, the overlaying imperatives for achieving a long-term climate-safe world are on everyone’s side. I urge everyone to raise ambition so that we can go further, faster together.

Perhaps one day we will have Health Ministers ready, willing and enabled to work in “radical collaboration” with other portfolios, sectors and the community in order to address the health threats of climate change. 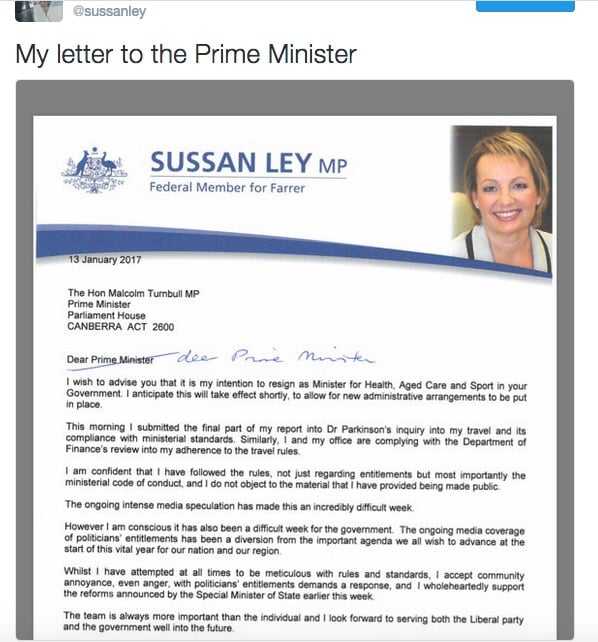