Home Public health and population health air pollution As #QldVotes, where is the conversation around this health emergency? 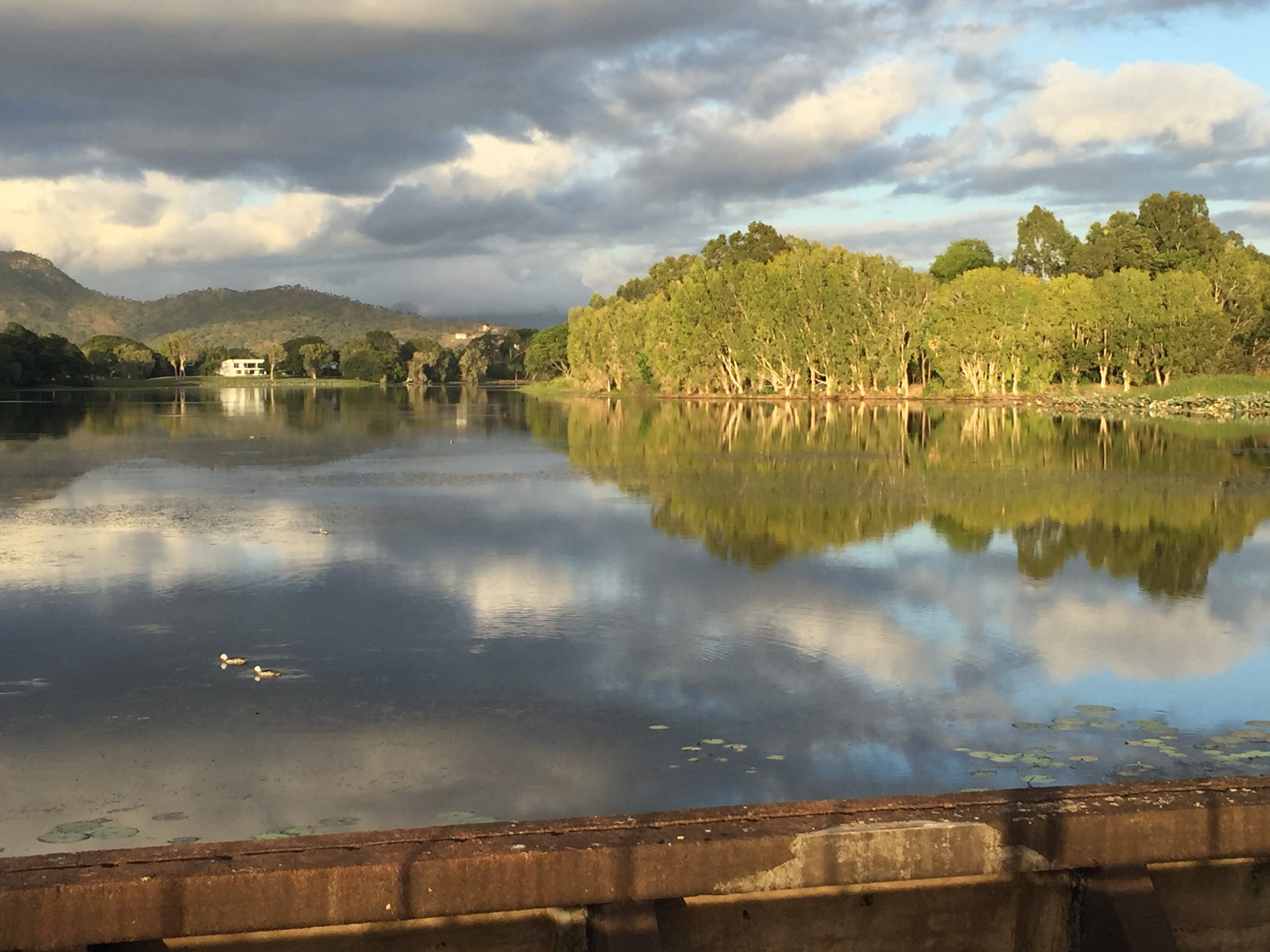 Views from Queensland...where the environment is a critical health concern

As #QldVotes, where is the conversation around this health emergency?

(Introduction by Croakey) On election day tomorrow, many people in Queensland will vote for political parties that support the opening of new coal-fired power plants (the LNP and One Nation).

One Nation, which is backed by the Shooters Union (see this ABC analysis of real-time political donations ) also believes climate change is a hoax.

The LNP has also pledged to support the ongoing clearing of land in Queensland, where the Department of Science recently published new data showing “a staggering” 395,000 hectares were cleared in 2015-16: an increase of one-third on 2014-15.

Then there is the Adani coal mine whose projected health and environmental impacts are devastating.

Meanwhile, an editorial in the science journal Nature this week warns that, even if all countries meet their current Paris pledges, the world will probably heat up by substantially more than 2 °C above pre-industrial temperatures – with “grave consequences for ecosystems and societies”.

The editorial urges countries to “strive to break free of the coal trap”, arguing that a worldwide carbon-pricing scheme would be the most effective way forward, and stating that “for nations, regions, cities, companies and individuals, the need for yet more action is immediate”.

All in all, you might think that this planetary health emergency would be a critical concern at #QldVotes, not least with the new alliance of 19 nations committed to quickly phasing out coal.

Meantime, public hospital waiting lists are a Labor health policy focus, and when medical students wrote to all 350 candidates asking for their stance on environmental health concerns, only 15 replied.

“This low response is perhaps indicative of a short and chaotic campaign cycle, but also represents a dismissal of issues regarding environment and health,” writes Beau Frigault, a graduating medical student from the University of Queensland and a member of Doctors for the Environment Australia (DEA).

In the article below, he says that the next Queensland Government must prioritise planetary heatlh concerns and that “there is eagerness for a different approach to politics — one that puts all citizens and a liveable planet first.”

This weekend, Queenslanders will be participating in a state election. Millions of citizens will exercise their right to bring a new government into power, with jobs and economy at the forefront of conversation.

However, medical students and health professionals are concerned about the lack of public dialogue regarding the Queensland government’s environmental practices and their impact on environmental, and thus human, health.

Health professionals and climate scientists alike have already drawn the connection between the burning of fossil fuels, climate change, and worsening health outcomes. Despite this, Queensland candidates have been reluctant to address critical human health issues in the state.

Queensland medical students wrote to all 350 candidates expressing concern about the increased rate of land clearing in Queensland, and the failure to rapidly phase-out fossil fuel mining. This is a cause of coral reef destruction and bleaching along the Northern Queensland coast which will hasten the demise of the Reef with huge impact on the local and national economy.

Adani has been a controversial topic this election. The mega coal mine, proposed for the homeland of the Wangan and Jagalingou people, will generate an estimated 4.7 billion tonnes of greenhouse gas emissions.

According to a Climate Council report, Australia’s carbon emissions would more than double, thus fundamentally undermining any national or state action to tackle climate change. In fact, if the Carmichael and other nearby coal mines proceed, the Galilee Basin alone would rank in the top 15 emitting “countries” in its own right.

Locally, the Carmichael mine will worsen air pollution, thus increasing rates of heart disease, lung disease, and lung cancer in those communities neighbouring the mega mine and along the proposed rail line to the Abbot Point coal terminal.

Recently, the entirely preventable Black Lung Disease has been diagnosed in 20 coal workers in Queensland, highlighting the inadequacy of regulation.

Indeed, once the costs to health are factored in, coal is no longer a cheap energy source. A seminal study in the Annals of the New York Academy of Sciences found that if externalities were taken into account, the price of power to US consumers would be double to offset the costs.

The Queensland government has permitted the Carmichael project free and unlimited ground water access. This is concerning to Queensland farmers, specifically that this change may impact their own access to necessary clean water for agriculture.

Land clearing is a significant contributor to loss of biodiversity and climate change and Australia is one of seven countries responsible for more than half of global biodiversity loss – with Queensland the lead bulldozing state.

Queenslanders should be concerned about the environmental and human health impacts of land clearing.

Firstly, targeted areas that are also reef catchments increase sediment run-off, which will flow to the Great Barrier Reef and cause widespread damage. Secondly, mass destruction of natural ecosystems compromises air filtration, climate regulation, provision of fresh water and food, and protection against the spread of disease.

Damage to or loss of biodiversity has direct health impacts. Recent examples include outbreaks of blue-green algae in the River Murray, a toxin of which can cause liver damage, gastroenteritis, skin irritation and increased incidence of motor neuron disease.

Deforestation and decreased biodiversity have also been linked to changing transmission patterns of malaria and Lyme disease. A submission from Doctors for the Environment Australia details such concerns and recommendations.

Individuals and small groups can have an impact on local biodiversity. Medical students in Queensland have volunteered multiple weekends this year to revegetation projects, including work with the Moreton Island Protection committee.

However, clear state government action is required to shift the paradigm from fossil fuel centered energy production to renewable energy.

To date, 15 of the 350 candidates contacted by Queensland medical students regarding these issues have responded.  This low response is perhaps indicative of a short and chaotic campaign cycle, but also represents a dismissal of issues regarding environment and health.

As future doctors, medical students are urging Queenslanders to hold state politicians accountable and to demand these issues are at the forefront of the next government’s political agenda.

There is eagerness for a different approach to politics — one that puts all citizens and a liveable planet first.

• Beau Frigault is a graduating medical student from the University of Queensland who will begin as an Intern with Gold Coast Health in January 2018. He is a current member of Doctors for the Environment Australia (DEA) and is the outgoing Student State Representative for DEA in Queensland. 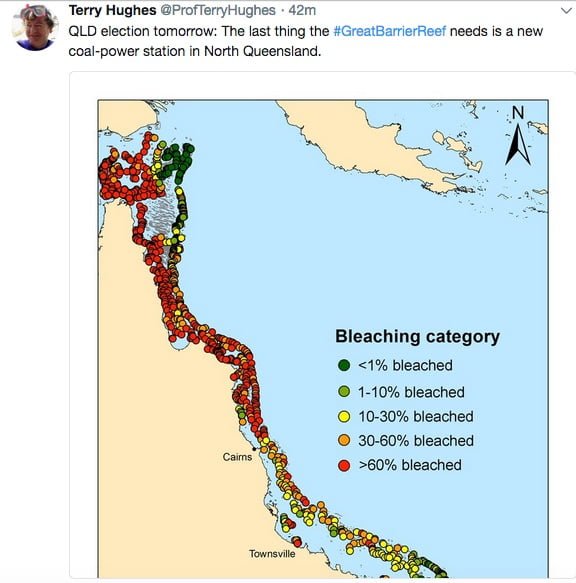 The Queensland branch of the Royal Australian College of Surgeons has issued an election health policy statement nominating these priorities: