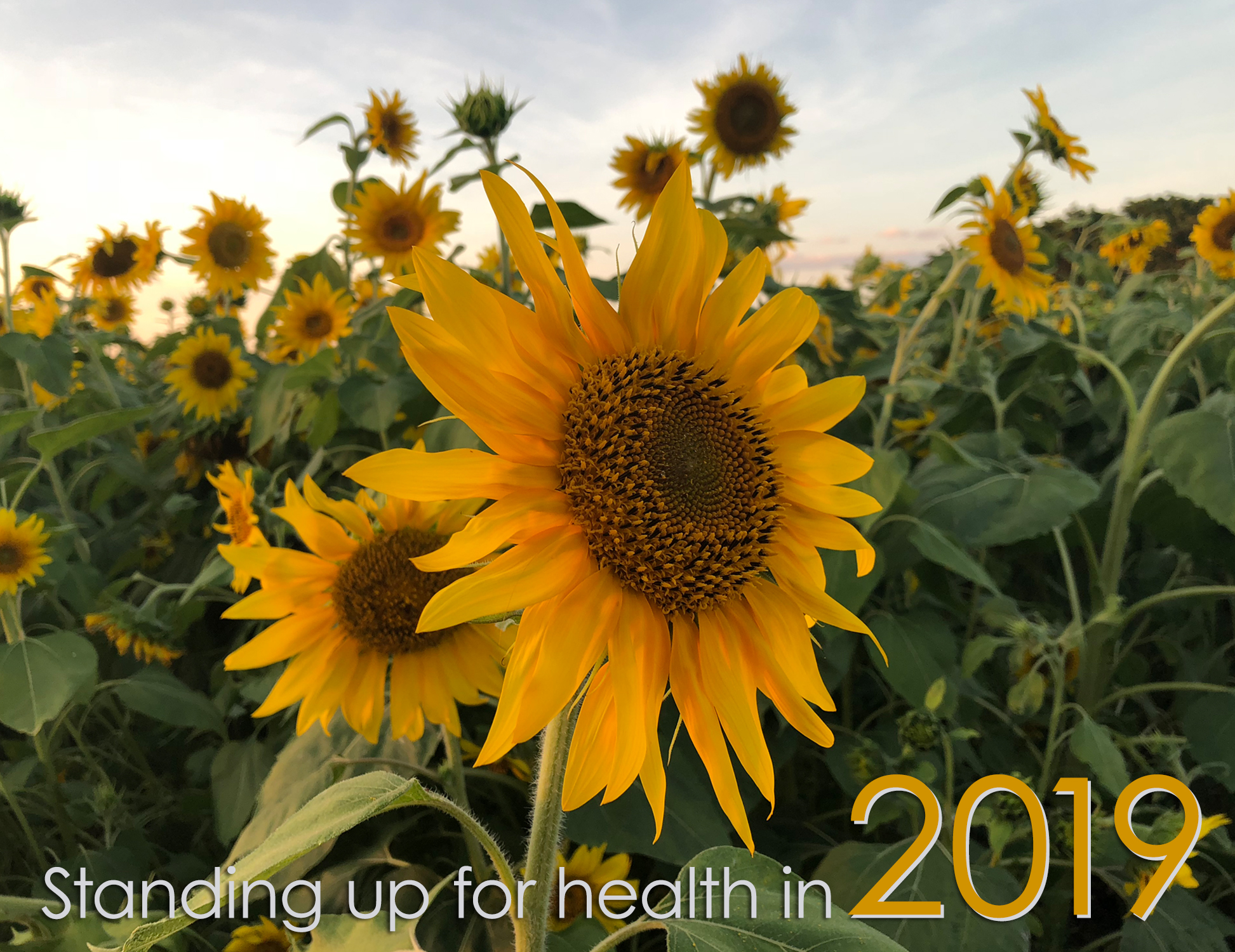 Last October, the Intergovernmental Panel on Climate Change (IPCC) warned that we have approximately 12 years – or just 4,380 days – to take meaningful action to keep global warming to a maximum of 1.5C, to limit climate change catastrophe.

We have already used up about 92 days of that time. Have you and yours made significant changes in the way you live and work as a result of the IPCC deadline? Did the topic dominate your summer holiday conversations? Will it change how you approach the New Year?

As we set our sights on 2019 and contemplate how best to stand up for health for all, perhaps we might all learn from a 15-year-old Swedish campaigner for climate justice, Greta Thunberg.

She exemplifies the courage and leadership that young people are showing around the world in standing up for public health action, whether on climate change or gun control.

Thunberg also has much to teach about the power of clear communication and direct action (below you can read/watch her speech to the 24th Conference of the Parties to the United Nations Framework Convention on Climate Change, otherwise known as COP24, in December).

Associate Professor Linda Selvey, from the School of Public Health at the University of Queensland, who attended the COP meeting in Poland, said her main takeaway was:

In spite of enormous efforts of young people including Greta Thunberg, leaders from the Pacific and other small island developing states, the UNFCCC, and NGOs, the COP meeting outcomes reflect a lack of will among the world’s biggest polluters to take the action required to limit global warming to a 1.5C increase in global average temperatures.

Indeed, the inability of the COP to even agree to ‘welcome’ the IPCC 1.5 report demonstrates how much work is required to ensure that world leaders recognise the urgency and enormity of the issue.”

Asked about Thunberg’s impact and what can be learnt from her advocacy, Selvey said:

Greta has inspired a world-wide movement of school students who have demanded action on climate through school strikes and other activities. For example, tens of thousands of Australian school students walked out of school on November 30, and similar movements are growing globally.

The youth presence was highly visible throughout the COP including in plenary sessions. This growth of a movement will have impacts far beyond COP24 and will play a key role in influencing governments around the world.

At the COP, Greta not only gave inspiring speeches, she met with other young people, and, in her spare time, sat with a sign near the COP entrance, just to remind negotiators and attendees what is at stake.”

Asked for her call to action for 2019, Selvey said:

Never before has humanity faced a threat to our civilisation as we do now. Responding to the threat will require global concerted action to drastically reduce our emissions and keep them down. Australia is not only a laggard on this front, but is not playing the leadership role that we would expect from a rich, educated country.

And, we’ve completely failed to reduce our own emissions or even commit to meaningful reductions. Given that, citizens of Australia cannot sit still and watch this happen.

We all can play a role in demonstrating our demands for climate action and leadership. We need to be loud and visible – for our own sakes, and for the sake of young people and future generations.”

Also attending the COP meeting was Professor Hilary Bambrick, of the School of Public Health and Social Work at QUT. Her main takeaway was:

Some agreement was reached on implementation, but with little enthusiasm from member countries to be more ambitious with their emissions reduction targets – ambition that we need if we have a hope of staying under two degrees. At the moment, countries’ stated targets will keep us on a course for around three degrees.”

Greta Thunberg provided a striking contrast between the beneficiaries of climate action and those who are tasked with making decisions about climate action. The difference is not merely generational; Greta articulates the urgency of required climate action with a very clear and simple message.

She calls for those in power to take responsibility, while government officials can’t even agree on which words to use and work hard to minimise their own countries’ contributions to the global effort.

Greta highlights the big but simple problem that needs to and can be fixed, in contrast to the petty arguments between those who need to fix it.

Greta represents a powerful shift in climate advocacy, from those worried about their children’s future to the children who can see themselves what the future holds.”

Bambrick said her call to action for Croakey readers for 2019 is:

If we have any hope of staying under two degrees, Australia cannot continue to burn coal or dig it up to sell to other countries. We also cannot expand our use of gas, either conventional or fracked. And we have to move away from oil. All of these already possible, and just require the right investment.

We could easily be supporting clean renewable energy rather than propping up an ageing and deadly coal industry. We could easily be creating jobs in solar and wind power generation and the economy would flourish. Our air would be cleaner and our healthy future would be assured.”

Thunberg’s speech has been translated into multiple languages, and can be read/watched below.

My name is Greta Thunberg. I am 15 years old, and I’m from Sweden. I speak on behalf of Climate Justice Now!

Many people say that Sweden is just a small country, and it doesn’t matter what we do. But I’ve learned that you are never too small to make a difference. And if a few children can get headlines all over the world just by not going to school, then imagine what we could all do together if we really wanted to.

But to do that, we have to speak clearly, no matter how uncomfortable that may be. You only speak of green eternal economic growth because you are too scared of being unpopular. You only talk about moving forward with the same bad ideas that got us into this mess, even when the only sensible thing to do is pull the emergency brake. You are not mature enough to tell it like it is. Even that burden you leave to us children.

But I don’t care about being popular. I care about climate justice and the living planet. Our civilization is being sacrificed for the opportunity of a very small number of people to continue making enormous amounts of money. Our biosphere is being sacrificed so that rich people in countries like mine can live in luxury. It is the sufferings of the many which pay for the luxuries of the few.

The year 2078, I will celebrate my 75th birthday. If I have children, maybe they will spend that day with me. Maybe they will ask me about you. Maybe they will ask why you didn’t do anything while there still was time to act. You say you love your children above all else, and yet you are stealing their future in front of their very eyes.

Until you start focusing on what needs to be done, rather than what is politically possible, there is no hope. We cannot solve a crisis without treating it as a crisis. We need to keep the fossil fuels in the ground, and we need to focus on equity. And if solutions within the system are so impossible to find, then maybe we should change the system itself.

We have not come here to beg world leaders to care. You have ignored us in the past, and you will ignore us again. We have run out of excuses, and we are running out of time. We have come here to let you know that change is coming, whether you like it or not. The real power belongs to the people. Thank you. 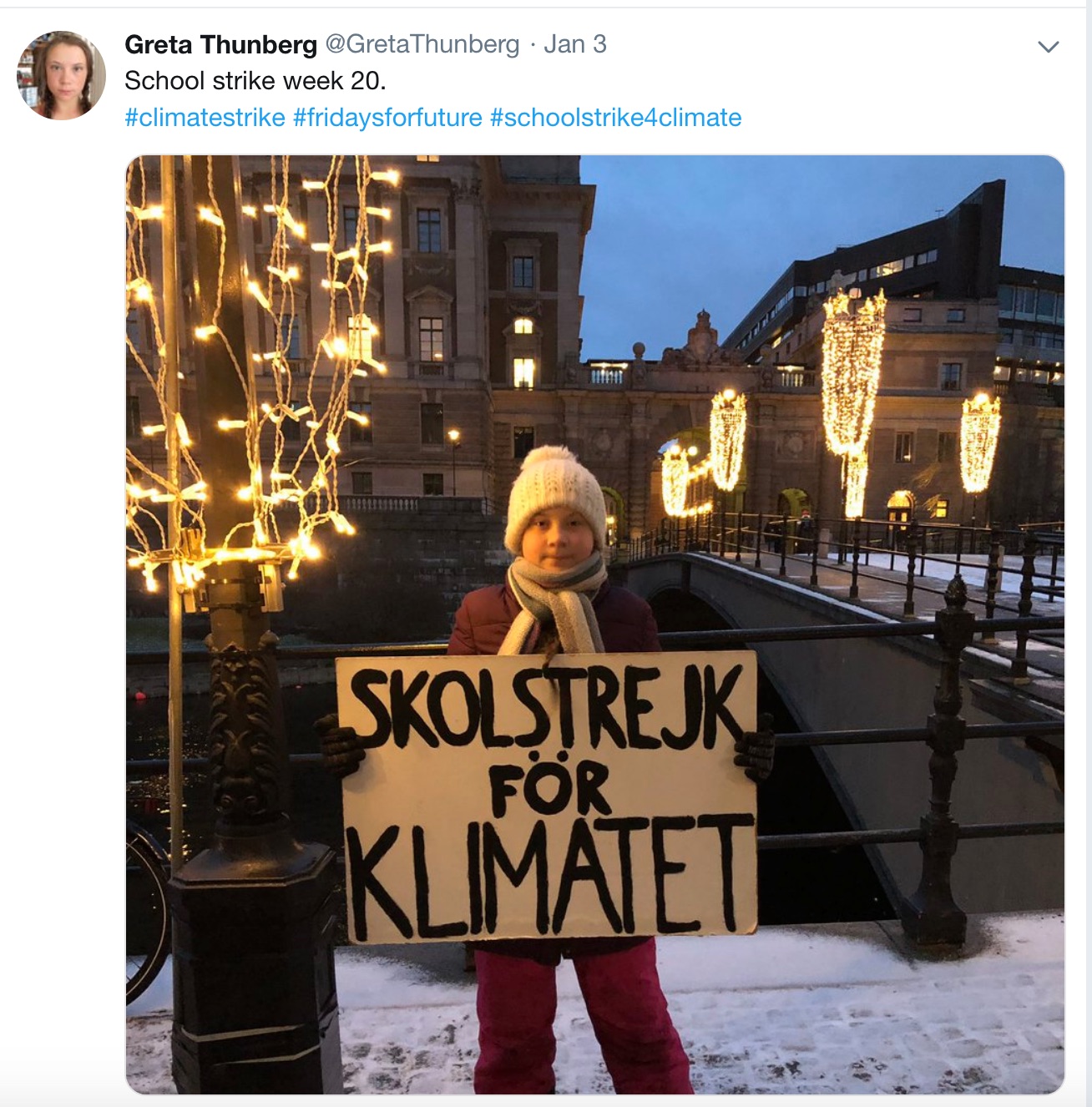 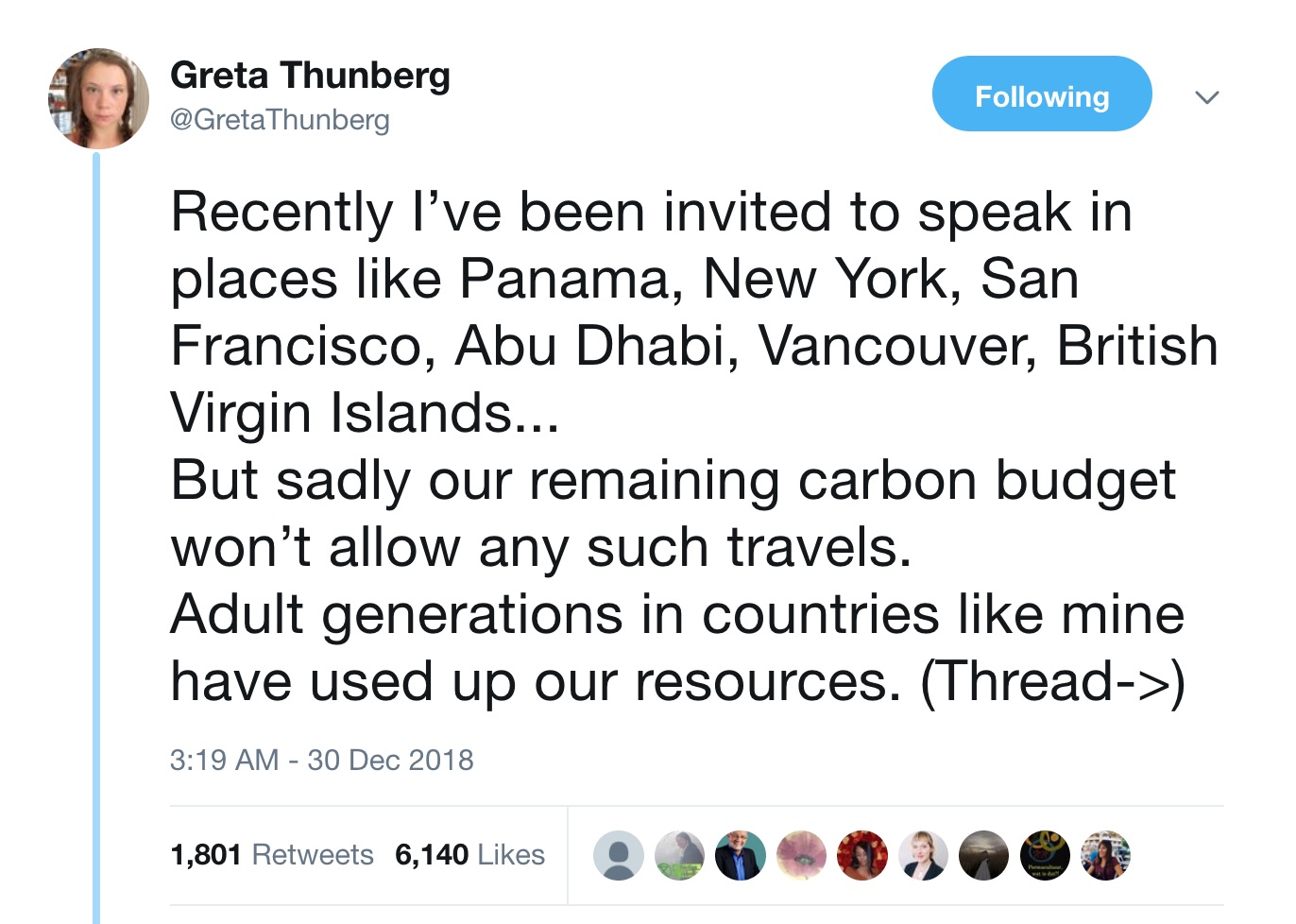