Home Public health and population health Coronavirus outbreak 2019-2020 As #WHA73 gets underway: Yes, we need a global coronavirus inquiry, but not for petty political point-scoring 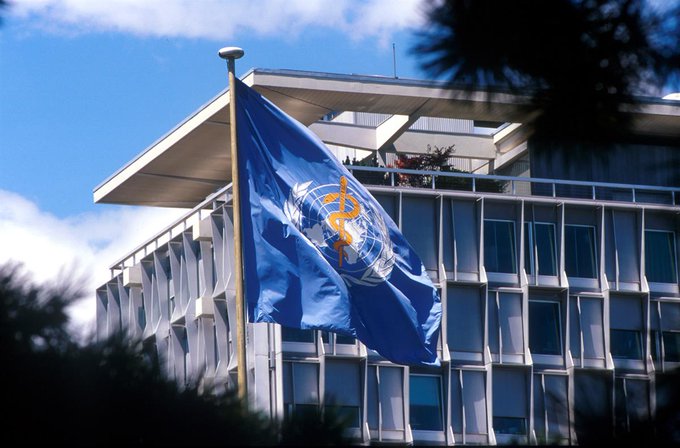 Politics and public health on the agenda at the World Health Assembly this week. Photo via WHO tweet

As #WHA73 gets underway: Yes, we need a global coronavirus inquiry, but not for petty political point-scoring

Introduction by Croakey: Many aspects of the COVID-19 pandemic merit rigorous investigation and transparent, accountable reporting.

How did powerful, wealthy countries like the United States  and England fail so miserably in protecting their citizens, including their healthcare workers?

What impact has President Donald Trump’s attacks on the World Health Organization had on the WHO’s capacity to support the world’s poorest countries at this time?

As we’ve previously reported at Croakey, if the Australian Government was to prioritise public health, it might engage in some self-reflection about the links between new diseases, habitat destruction and environmental regulatory failure – rather than engaging in political rhetoric that has alienated China.

This week, as one of the most critical meetings of the World Health Assembly gets underway, academics have issued a call to address threats like the novel coronavirus as global challenges rather than as national problems or sovereign responsibilities.

They write in the article below, cross-published from The Conversation:

COVID-19 should be a wake-up call that petty recriminations, ideological rivalries and short-sighted political ambitions must be set aside.

The countries of the world must encourage China and the United States to raise their sights to the greater challenge and help conduct the investigation we need to avert future disaster.”

The virtual meeting of the World Health Assembly (the WHO’s top decision-making body) will be webcast live here.

Also follow the news via @WHO, #WHA73 and on Facebook and YouTube, and watch this preview interview with global public health expert Professor Devi Sridhar, who says “we need the institution of the WHO more than ever before”.

The US government’s call for an international inquiry into the origins of the COVID-19 pandemic has a clear political motive: to shift the blame for its own failure to respond effectively to the epidemic within its own borders.

The finger-pointing by the Trump administration, and by US allies including Australia, has prompted China to refuse to cooperate.

This is unfortunate, because it is in everyone’s interest to work together, not to question China’s handling of the crisis but to discover the factors that cause new infections so we can avert future disasters.

Read more: Murky origins: why China will never welcome a global inquiry into the source of COVID-19

We need to understand how SARS-CoV-2, the coronavirus that causes COVID-19, came into existence, and to look at how and when we might have been able to impede its progress.

This means examining the origins of the virus and the biological and environmental factors that allowed it to become so dangerous. To achieve this, an international, collaborative scientific investigation free from recriminations and narrow political agendas is needed.

What we know so far

Extensive scientific data have shown that SARS-CoV-2 was not deliberately engineered and there was no conspiracy to create an epidemic. It did not originate in or escape from a laboratory, in Wuhan or anywhere. The first human cases of COVID-19 did not come from the Wuhan wet market but from elsewhere in China, possibly outside Hubei province altogether.

In fact, the disease did not “originate” in a market at all, although an important spreading event linked to the Wuhan market did occur that brought it to the attention of Chinese public health authorities.

SARS-CoV-2 almost certainly descended from an animal virus that underwent a series of mutations that made it dangerous to humans. The path to humans probably involved intermediate animal hosts, although which animals remains uncertain.

So here is the most likely sequence of events: a coronavirus in a bat found its way into one or more other animal hosts, possibly including a pangolin or some kind of cat, somewhere in southern China. At that time, the virus could not infect or cause noticeable disease in humans, or else the animals infected had little contact with humans. Over an unknown period of time (possibly decades) the virus mutated in a way that made it highly dangerous and eventually, by chance, a human became infected, probably in about the second week of November 2019.

The new virus was quickly passed on to other people and found its way to Hubei province. On December 10, an infected individual visited the crowded market in Wuhan and was responsible for infecting 21 other people. Over the following two weeks, enough people became sick to alert doctors and public health officials, leading to an announcement on December 31 warning the world of the dangerous new disease. The market was closed the following day and vigorous efforts were made to identify and isolate contacts.

Three weeks later it was clear these measures could not contain the epidemic, and on January 23 Chinese authorities took the brave and unprecedented step of locking down the entire city. This controlled the spread of the virus in China, but it was too late to stop the spread internationally, because by that time the virus was already present in Taiwan, South Korea, Europe and the United States.

What we don’t know yet

What we now have to find out is what happened in the months or years leading up to November 2019 and whether, in retrospect, anything could have been done to prevent the disaster.

It is crucial we understand the evolution of this virus because, as with all human diseases that emerge from animals, it will have occurred as a result of both random biological events and responses to environmental pressures. The virus had to mutate, the original wild animal had to be exposed to other species, and the virus had to spread within that species and undergo further mutations. The animal had to come into close contact with a human who, at the right moment, has to contract the new infection.

Read more: How do viruses mutate and jump species? And why are ‘spillovers’ becoming more common?

Despite the low probability of each individual step, in recent decades a long list of viruses has negotiated this entire pathway, including HIV, SARS, MERS, Ebola, Nipah, Lassa, Zika, Hendra, various types of influenza, and now SARS-CoV-2. This suggests new factors are increasing the chances of exposure, adaptation, infection and spread.

It is likely these factors include population growth, agricultural expansion, the loss of natural wild animal habitat, the loss of traditional food sources, and changing relationships between animal species and between animals and humans. Deforestation and climate change further exacerbate this process, as does increased movement of human populations, through domestic and international travel. The international illegal wildlife trade, inappropriate use of drugs and insecticides, and reluctance of governments to work together make matters even worse.

Knowing exactly how these factors affect the genetics and evolution of viruses will help us find ways to thwart them. We could develop a coordinated early warning system to identify and track potentially dangerous pathogens, and monitor interactions between species that could transmit them. We could preserve native habitats and reduce the pressure on wild animals to enter human habitats in search of food. We could strategically cull animals that act as reservoirs for dangerous viruses.

We could precisely target infection control procedures such as health monitoring and quarantine. We could work together to develop diagnostic tests, new drugs and vaccines. We could develop globally coordinated rapid response plans for when new outbreaks arise.

Read more: Coronavirus shines a light on fractured global politics at a time when cohesion and leadership are vital

This process will only work if undertaken with openness, trust, and an acknowledgement that it is in the entire world’s best interest. It will only work if we accept that viruses are not national problems or sovereign responsibilities, but global challenges.

COVID-19 should be a wake-up call that petty recriminations, ideological rivalries and short-sighted political ambitions must be set aside. The countries of the world must encourage China and the United States to raise their sights to the greater challenge and help conduct the investigation we need to avert future disaster.

It is urgent, because the next pandemic may already be incubating somewhere in the world at this very moment.