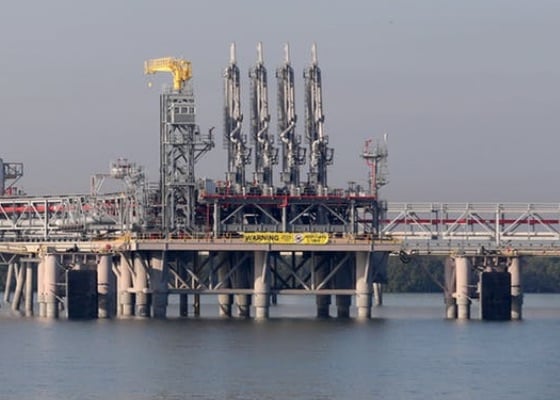 Australia is performing worse than most other advanced countries in achieving the Sustainable Development Goals (SDGs), according to the global SDG Index, which compares different nations’ performance on the goals.

According to the SDG Index, released yesterday in New York, Australia is ranked 37th in the world – down from 26th last year, and behind most other wealthy countries including New Zealand, Canada, the United States and the United Kingdom.

The best-performing countries are the northern European nations of Sweden, Denmark, Finland and Germany, all of which have a history of balancing economic, social and environmental issues.

The SDG Index measures progress against the 17 SDGs agreed by all countries at the United Nations in 2015. The goals encompass a set of 169 targets to be met by 2030 to achieve economic prosperity, social inclusion and environmental sustainability.

Yet despite the progress made by some countries, all nations still have a way to go to achieve all of the goals.

The latest SDG Index shows that Australia is performing relatively well in areas such health and wellbeing, and providing good-quality education. But its results for the environmental goals and climate change are among the worst in the OECD group of advanced nations.

The new index ranks Australia as the worst-performing country in the world on climate action (SDG 13). The measure takes into account greenhouse gas emissions within Australia; emissions embodied in the goods we consume; climate change vulnerability; and exported emissions from fossil fuel shipments to other countries.

One of the reasons why Australia has slumped so far in the rankings is that the SDG Index is now taking into account the so-called “spillover” effects that countries have on other nations’ ability to meet the SDGs. These effects may be positive, such as providing development aid; or negative, such as importing or exporting products that create pollution.

The report shows that G20 nations account for the largest negative economic, environmental, and security spillover effects. Despite being among the richest nations in the world, the US, the UK and Australia are rated worst in the G20 for negative spillovers.

The UK, for instance, rates particularly badly on the tax haven score, which makes it harder for other countries to raise the tax revenue needed to provide health, education and other services to their citizens.

With all countries still falling short of achieving the SDGs, the SDG Index also assesses what actions G20 governments are taking to help close this gap. Most G20 countries have begun to implement the goals but there are large variations among G20 countries in how the SDGs are being embraced by political leaders and translated into action.

Brazil, Mexico and Italy have taken the most significant steps among G20 countries to achieve the goals, illustrated for instance by the existence of SDG strategies, coordination units in governments, or online platforms. India and Germany have at least partially already undertaken an assessment of investment needs.

According to this assessment, Australia has taken some initial steps to support SDG implementation. Supportive actions taken by the government include setting up a cross-departmental committee, co-chaired by the Department of Foreign Affairs and Trade and the Department of Prime Minister and Cabinet, to coordinate Government SDG activities. The Senate has established an inquiry to examine the opportunities to implement the goals.

Significantly, the federal government has also prepared a Voluntary National Review report on progress in implementing the goals, which it will present to the UN’s High Level Political Forum next week. The report addresses how Australia is performing against each of the goals and includes many case studies of implementation from business, civil society, academia, youth and all levels of government. It is accompanied by a new Australian SDG case study hub. Many of these activities occurred after the cut-off period for the SDG Index, so Australia’s overall performance on SDG implementation is actually higher than the SDG Index gives it credit.

Given Australia’s poor performance on some of the SDGs there is clearly a need for targeted action if we are to achieve the goals by the 2030 deadline.

John Thwaites receives funding from the Lord Mayor’s Charitable Foundation and the Australian Council of Superannuation Investors for a project to analyse Australia’s performance on the Sustainable Development Goals. He is a Co-Chair of the Leadership Council of the UN Sustainable Development Solutions Network (SDSN) which produces the SDG Index with Bertelsmann Stiftung.

Tahl Kestin is the Network Manager for the Sustainable Development Solutions Network Regional Network for Australia, New Zealand and the Pacific.