Home Public health and population health public health Australia’s national wellbeing: the good, the bad, the context and the gaps 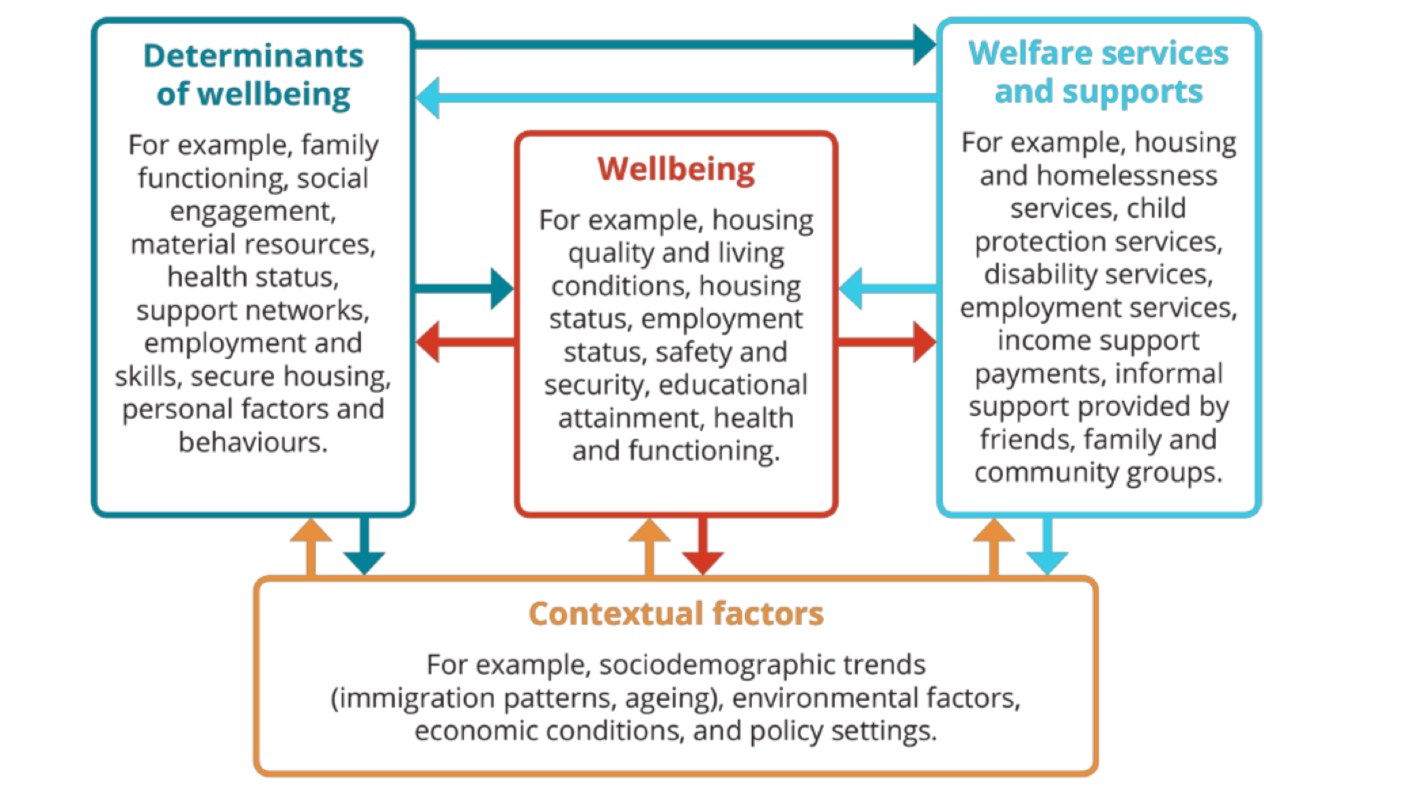 Australia’s national wellbeing: the good, the bad, the context and the gaps

Australia’s Welfare is a biennial report that is foundational to our understanding of the welfare system. But before we get to it, a note on what the Australian Institute of Health and Welfare says Australia’s Welfare can’t inform us on, because of the lack of data. It can’t tell us about demand, about who is falling through the cracks. And about outcomes – what’s the impact of these payments? And about how hard or easy it is to use the welfare system. And whether or not it is fair. But here is a summary of what is known.

Many Australians will happily tell you that they live in one of the best countries on earth, before taking a breath and reciting everything they think is wrong with our nation.

At the Australian Institute of Health and Welfare (AIHW), we have the task of compiling robust evidence to present a two-yearly snapshot of Australia’s welfare, which is tabled in Parliament.

Welfare is a concept that extends beyond income support payments and welfare services—it includes the broad range of individual, social, political and environmental factors that can influence a person’s wellbeing.

Encouragingly, Australia is in the top third of Organisation for Economic Co-operation and Development (OECD) countries for a range of measures, including life satisfaction, air quality, health-adjusted life expectancy and household net disposable income.

In 2018, 74% of people aged 15–64 were employed; this was Australia’s highest ever annual average employment to population ratio In July 2019 the female and total employment rates remain at record levels

Also in 2018, 14% of employed people worked 50 hours or more per week—down from 16% in 2009. Despite this downward trend, Australia has one of the highest proportions of people working long hours compared with other OECD countries.

Australia has high levels of civic engagement with 97% of eligible people enrolled to vote in 2019—up from 90% in 2010—and ranked 9th highest out of 35 OECD countries for measures of social connectedness.

Of course, the report is not all good news. One in 9 families with children had no one in the family who was employed in 2017 and this has remained relatively stable since 2012.

Some of these trends require an understanding of related economic factors such as household income, income inequality and purchasing power.

Australia ranks near the middle of OECD countries for income inequality. There has been little change in income inequality since the mid-2000s—though it is higher now than it was in the 1980s—and wealth is more unequally distributed than income.

There are gaps in some areas of welfare data, such as measurement of unmet demand for specific services, pathways through welfare systems and outcomes for people who receive welfare services.

The purpose of our report is not to recommend solutions to the challenges Australia faces but to provide evidence that can be used by policymakers, service providers and researchers.

Matthew James is Deputy CEO and Head of Housing and Specialised Service Group, Australian Institute of Health and Welfare