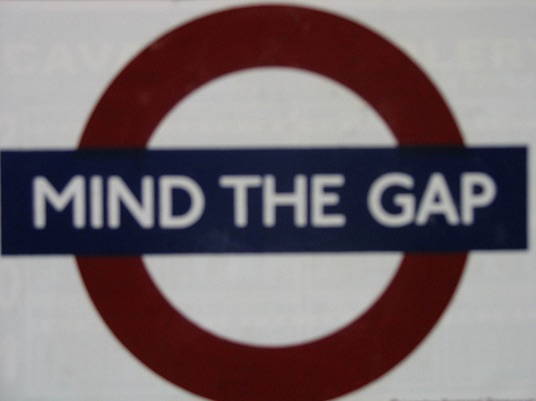 Beyond the floss: to improve oral health, we need national action

During the recent Dental Health Week, the Australian Dental Association put the spotlight firmly on individual behaviours, urging regular brushing, flossing, visits to the dentists and consumption of a healthy diet low in sugar.

Was this a missed opportunity, given the urgent need for systemic reform to address the many inequities that result in about 70,200 hospitalisations annually for potentially preventable dental conditions?

Meanwhile, it seems the 9 August meeting of the Council of Australian Governments (COAG) was another missed opportunity for those hoping for national leadership on oral health. The meeting communique (download it here) has a big gap when it comes to oral health.

In the article below, Tan Nguyen, Bruce Simmons, John Rogers and Toni Hassan from the Public Health Association of Australia call for the newly returned Federal Government to develop and implement an overdue national dental scheme.

Oral health around the world has been woefully neglected.

A special feature on oral health in The Lancet recently showed that oral diseases, including tooth decay, gum disease, and oral cancers, affect almost half of the global population, with untreated dental decay being the most common health condition worldwide.

That’s because for too long oral health has been isolated from traditional health care and health policy. The mouth has been disconnected from the body.

Further, the current model of care has not successfully tackled the global burden of oral disease because dentistry continues to adopt a treatment-dominated interventionist, technical, and increasingly high-technology and specialised approach to care.

It’s largely the same in Australia even though, as we have long advocated, oral health matters. As noted in The Lancet:

The teeth and mouth are an integral part of the body, supporting and enabling essential human functions, and the mouth is a fundamental feature of personal identity. Oral health is subjective and dynamic, enabling eating, speaking, smiling, and socialising, without discomfort, pain, or embarrassment.”

Despite advances in the field, the prevalence of oral disease has increased in low-income and middle-income countries, especially among socially disadvantaged and vulnerable people, no matter where they live.

In Australia, a high-middle income country, the poor are also less likely to see a dental professional when they need to. Low-income families, Indigenous Australians, people with additional health needs, residents in regional and rural areas, and many older adults suffer most.

Every year, about two million Australian adults don’t get dental care when they need it most because of the cost.

Untreated dental decay also affects young people, especially children. Dental conditions are the highest cause of all preventable hospitalisations for Victorians under 25 years of age and the second highest for all ages.

The Public Health Association of Australia (PHAA) has been an advocate in this space for 50 years.

It’s a surprise to us still that there appears in the public debate about oral health, a continued lack of awareness of broad systemic issues.

Low-income people are often blamed for their lack of oral hygiene and excess sugar intake without understanding the implications of low income and social determinants.

Currently the Commonwealth’s key investment in the area of oral health is the Child Dental Benefit Scheme with the states and territories left to pick up the tab for public dental services.

The utilisation of the program remains low despite recommendations to actively promote the dental scheme. Only about one-third of eligible children have used the scheme.

Individuals are encouraged with public subsidies to purchase private health insurance, which does cover dental care.

However, the Grattan Institute has described the current system as “a mess”, with a complex mix of federal and state government funding and responsibility, making it difficult for patients to navigate.

After another Dental Health Week in Australia and another meeting of the Council of Australian Governments (falling in the same week last week, the first for Scott Morrison since becoming Prime Minister), we at the PHAA lament the absence of a national vision for universal access to dental care. It’s simply not been on the agenda.

In addition to the substantial health burden of poor oral health and shared common risk factors with other chronic diseases such as cardiovascular disease and type II diabetes, preventable diseases also have a significant economic impact.

A phased-in and targeted universal program will save money and pain in the long run.

A maldistribution of the dental workforce and the skill-mix are also a problem.

We need to be thinking about how the broader health workforce other than dentists can contribute towards universal access to dental care. For example, recent research demonstrated there were potential cost-savings between $26.5M and $61.7M in the 2014 year through optimum utilisation of the oral health therapy workforce.

Nonetheless, Australia has done a lot of the homework needed to improve things. It’s marshalled the evidence but not acted on it.

One of the Plan’s recommendations is that everyone should have an oral health check-up and preventive focused care every two years. Individuals with increased oral health needs should be seen more regularly.

The only way system wide reform could happen would be if right across the dental industry there was a consensus about how things should be changed and then advocacy was led by outstanding representatives.

The Federation is, as always, a mixed blessing. For too long, the issue has been put in the too hard basket.

Ongoing debate about the value of private health insurance (a scheme the Australian Dental Association is also unhappy with) is perhaps an area where future changes might have an impact on dental care funding. It’s one we highlight in the PHAA Oral Health Policy.

Also on a brighter note, the PHAA welcomes recent initiatives announced in New South Wales and Victoria to rapidly expand on more easily accessible public dental care for children in schools. We look forward to working with the health departments in each state, supporting the successful implementation of these programs to contribute towards universal access to dental care.

As the PHAA has met new members of federal parliament in recent weeks, dental care has consistently come up as a concern.

The newly returned Federal Government has an opportunity to listen to colleagues across the political divide, and develop and implement an overdue national dental scheme.