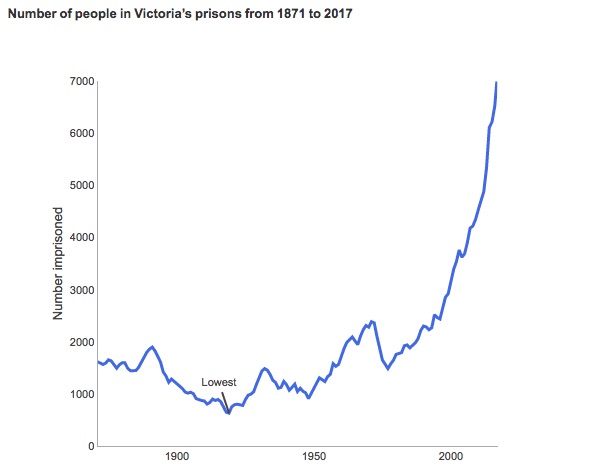 Victoria’s law and order auction in the lead-up to this Saturday’s election is putting the health and wellbeing of vulnerable people and communities at risk, according to leading health and social policy groups.

They were speaking at the #VicVotes #CroakeyGO event convened in inner Melbourne last week.

A range of justice, social policy and health organisations have called on the major political parties to stop ramping up harsh, ill-informed responses to tragedies like the murder of six pedestrians on Bourke Street last year, confected fears about the so-called African Gangs issue and community outrage over assaults on paramedics.

Premier Daniel Andrew’s Labor Government has rolled back much of Victoria’s leadership in justice reform, including tightening access to bail, shifting towards the introduction of mandatory sentencing, and announcing a new $290 million, 300 bed high security detention centre for young people at Cherry Creek.

The Liberal Party, led by Matthew Guy, is ratcheting up the stakes, promising mandatory minimum sentencing for repeat offenders of serious crimes (including murder, rape, aggravated home invasions, aggravated burglaries and car-jackings) and a greater overhaul of the bail system. On Sunday he announced a perennial tough-on-crime favourite, a pilot program of boot camps for juvenile offenders to teach “discipline and respect”.

Concerns about the impacts of many of these policies, particularly for people with mental health issues, Aboriginal and Torres Strait Islander people, and young people was a recurring theme on the #VicVotes #CroakeyGo walk.

Many participants highlighted the intersection of justice, health and housing policies, and the risks in ever higher imprisonment rates instead of stronger approaches to prevention, diversion, rehabilitation and post-prison support.

Evidence released by the Council to Homeless Persons last week showed that the number of prisoners leaving jail in Victoria and becoming homeless jumped between 2011-12 and 2016-17. 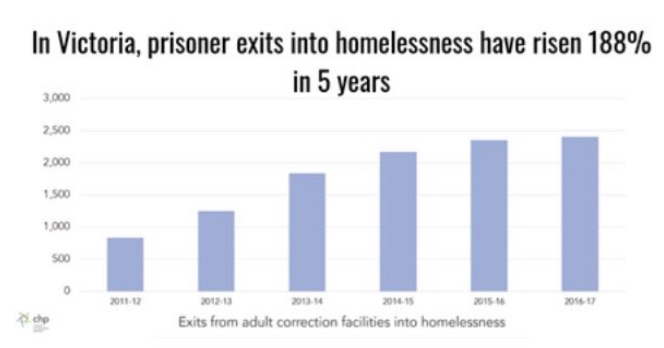 “They need help, not imprisonment”

In an interview on the #CroakeyGO, cohealth community health nurse Mary Natoli said she had deep concerns about the duty of care and health risks in new laws that mandate a custodial sentence of at least six months for assaulting an emergency worker, including police and ambulance personnel, even if it causes only a minor injury.

As Natoli told The Age in this article, she regularly works with drug users, victims of family violence and people with acquired brain injuries, and has seen heroin addicts lash out after being administered Narcan to save them from a lethal overdose.

She would hesitate now to call for help from emergency personnel to try to de-escalate a situation.

“Once I would have called the police or ambulance if someone was disturbed,” she said.

“If there was a risk they might assault someone because of the difficulties they’re experiencing, I would be concerned about calling police or emergency services as quickly as I once would have,” she said, saying putting more people in prison is not the solution.

In an interview conducted outside the Neighbourhood Justice Centre, Australia’s first and only community justice centre that brings together a multi-jurisdictional court with a range of community services, Natoli told Croakey:

We’re really concerned about the safety of emergency services workers, we don’t want to see them injured but we’re also aware that some of our clients who struggle with impulse control, have mental health and AOD (alcohol and other drug issues), (and) Aboriginal people, will be more at risk of the new laws impacting on them.

The clients we work with want to make their lives better but have great difficulties: mental health issues, we’re seeing more substance abuse.

Natoli’s concern about the new laws is shared by many other services and organisations in Victoria.

In a joint letter, leaders of the state’s community, family violence, youth, drug and alcohol and community legal sectors said the laws posed devastating risks for children in crisis and in family violence circumstances. They said:

“In particular, we are extremely concerned about the impact on Victorian families, who when their children are experiencing a crisis, will be too afraid to call for help. When people and families in our community are in distress, they need to trust that they can call emergency services for help, and not face sending their traumatised children to jail.

We believe these laws will undermine extensive investment and efforts to support family violence victim-survivors. Instead of making it easier to report family violence, the threat of mandatory jail time means many women will fear calling for help.”

The Guardian recently wrote about the social reforms at stake in this weekend’s election, looking at progressive policies led by the Labor Government over the past four years on family violence, safe injecting rooms, Safe Schools and voluntary assisted dying.

What that article fails to mention is the erosion of Victoria’s leadership on better justice responses, like the Neighbourhood Justice Centre, under the “tough on law and order” environment fostered by both parties since the 2010 election.

In its state election platform, Jesuit Social Services said that Victoria had long led Australia in its approach to youth justice, through a strong culture of collaboration (across police, government, the community sector and courts) and the state’s unique “dual track system”, which has kept many offenders aged between 18 and 20 years out of adult prisons.

Over the past decade, populist reactions on the part of governments seeking to cultivate a ‘tough on crime’ image have often replaced evidence-based policy.

A surge in the negative media narrative on youth crime in Victoria has triggered another wave of more punitive, law and order responses – including the erosion of dual track and longer sentences for young people, increasingly punitive sentencing policy including mandatory sentencing, and the announcement of a new $288.8 million secure youth justice facility in Cherry Creek.”

Like a number of other organisations, Jesuit Social Services is calling on the State Government to lift the age of criminal responsibility from 10 to 14.

Jackson told Croakey the campaign seeks to expand the conversation on crime in Victoria, away from tough rhetoric to what evidence based practice shows.

For example, Jackson said, the evidence shows much better results from detaining young people in “small homelike facilities that focus on education and rehabilitation” versus the State Government’s massive Cherry Creek plan.

She highlighted the experience in the US state of Missouri, which began closing down mass institutions and replacing them with small facilities with therapeutic approaches.

“We’d really like to see some of those approaches (here),” she said.

The #WorthASecondChance campaign notes the telling statistics from the Youth Parole Board Annual Report in 2016 showing that of young people who have contact with the youth justice system in Victoria:

The Victorian Aboriginal Legal Service is also calling on the State Government to lift the age of criminal responsibility to 14, as part of its state election asks.

It says this is one of the main drivers behind the over-representation of Aboriginal and Torres Strait Islander people in the criminal justice system as it disproportionately impacts young people that are socially disadvantaged and perpetuates the cycle of disadvantage as they age.

Speaking outside the Neighbourhood Justice Centre at the #CroakeyGO, Brad Boon, regional team leader at the Victorian Aboriginal Legal Service (VALS) in Shepparton, said tougher bail laws in Victoria are also having a dramatic and disproportionate effects on Aboriginal people, particularly for women.

Rapidly increasing numbers of Aboriginal women in prison, as a result, is in turn increasing impacts on families and communities with higher rates of child removal, he said.

• See ABC’s election policy analysis on law and order, and The Guardian on the Victorian law and order auction. The #VicVotes #CroakeyGO was co-hosted and sponsored by cohealth.