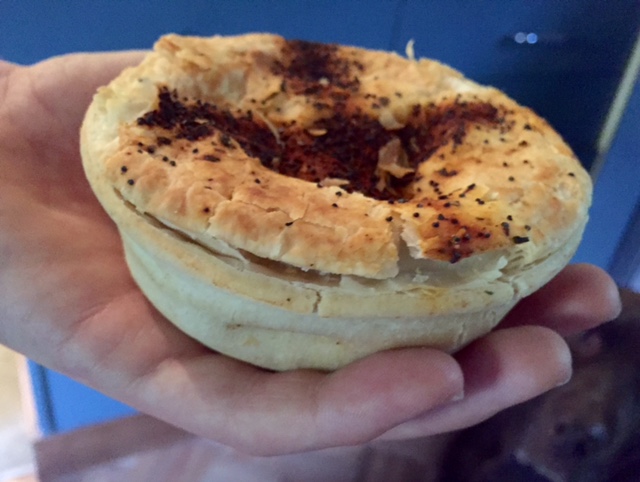 It’s federal budget time, and everyone in health is thinking about how changes in funding could transform their activities.

Budgeting can be more about how you slice the pie than how much pie is available, but it’s hard to argue with the post below that this is not completely true of funding for mental health. No matter how you slice and dice them, there are not enough resources to go around.

The author, Dr Sebastian Rosenberg is a Senior Lecturer at the Brain and Mind Centre at the University of Sydney. On the eve of the budget, and with important changes in the way mental health care is organised at play, he argues that there is a real need for more overall investment.

Australia’s mental health reforms are fraying.  There is now daily concern about the rollout of the National Disability Insurance Scheme, particularly in relation to its application to mental health.

What the Scheme deems ‘core’ services like cooking and cleaning are being preferred over the critical psycho-social coordination functions which help to bind the clinical and non-clinical elements of care.  Services like Personal Helpers and Mentors and Partners in Recovery have been given up by the Federal Government to the Scheme but their role has not been assured.

Not only does this risk depriving individuals of critical assistance in navigating our so-called ‘system’, it is also denuding our precious mental health community sector of vital and rare skills and staff.  People are leaving the non-government sector because these organisations cannot offer any type of employment certainty.

But these are problems which will affect the few who qualify for NDIS care.  They are important.  However, there are enormous numbers of Australians with mental illness, who will never qualify for any kind of NDIS support.  What is to become of them?

There are many issues here to consider.  The National Mental Health Commission and others almost implored us to look beyond funding, to issues of duplication and poor coordination –  between governments, between health professionals and services. Regionalisation and local responses have been sold as better ways to respond to mental illness than centralised planning.

Basically, each of the PHNs has received its cut of the Federal funding that used to support mental health and suicide prevention, minus whatever the Federal government has shunted off to the NDIS.  Dividing this into 31 has left PHNs with generally meagre resources to address their heavy responsibilities. And PHNs have had to find new staff, many not that familiar with dealing with mental health problems or suicide.  So the process of change and reform has not been easy.

While regional approaches may well be preferable to centralised planning, there is still a need for national infrastructure to promulgate good practice, create opportunities for sharing, learning and benchmarking.  The kind of infrastructure necessary to support effective regional reform is yet to emerge.

Put another way, in 2004-05 mental health accounted for 4.9% of total health spending and a decade later in 2014-15 this was 5.25%.  Even after the intervention of the Council of Australian Governments (CoAG) in 2006 under then Prime Minister Howard and Premier Iemma, the investment in mental health has simply failed to grow.

At the same time, mental illness and substance abuse disorders represent 12% of the total burden of disease and account for 24% of all years of life lost due to disability.

Back in 2006 in announcing the Commonwealth CoAG contribution of $1.8bn, John Howard stated

“reform of mental health services cannot be achieved through a quick fix – it will require a sustained contribution of this magnitude from both the Commonwealth and the States and Territories to ensure long-term fundamental improvements in services for the mentally ill.”

Despite the subsequent hand-wringing and report-writing, it is now clear the financial attention of all nine Australian governments has not been sustained.  The fundamental mismatch between the level of need and the resources required remains.

The urgent need for investment

Others may be concerned to make the most of the resources we have.  I think we simply cannot ignore the fact that mental health remains fatally ill-equipped to respond to the level of illness in the community.

This cannot change, regardless of how well-intentioned reform may be, without significant new funding support, particularly aimed at creating the community mental health services necessary to support GPs with complex clients and to avoid unnecessary hospitalisation.

*Dr Sebastian Rosenberg is a Senior Lecturer at the Brain and Mind Centre, University of Sydney. On twitter @RosenbergSeb