Prime Minister Tony Abbott is still saying there will be no changes to the GST in this term of government, but given we’ve heard the odd broken promise before, it’s fair to say the issue needs a close watch, particularly as the Federal Government struggles with its next Budget.

Changes to the GST got another, no doubt strategic, push this week with the call from Coalition MP Dan Tehan for the tax to be broadened to include fresh food, health and education.

That’s of course drawn serious concern on health and equity grounds from a range of groups, from the Australian Council of Social Service (ACOSS) and the Public Health Association of Australia (PHAA) through to the National Farmers Federation.

ACOSS asks why is it that we always get a debate about broadening the GST base, or lifting the rate, when we need a wide-ranging tax reform debate that looks at significant inequities like superannuation, negative gearing, and capital gains arrangements.

The Australia Institute met the Government half way today with new paper – How to extend the GST without hurting the poor –which proposes extending the GST to include private health insurance and private education. It says National Centre for Social and Economic Modelling (NATSEM) calculations show the government could raise an additional $2.3 billion a year: $790 million from extending the GST to private schools and $1.53 billion via private health.

As the predominant consumers of private schools and private health insurance are higher income households, broadening the GST to include taxes on these services could raise $2.3 billion per year in additional revenue without heavily impacting upon low-income earners.

At a time when the government faces a tough challenge bringing the budget back to surplus, and an even tougher challenge of winning the public’s acceptance of cost-cutting and revenue raising measures, strategic reform to the GST could be just the policy to bring to the table.

Grattan Institute Director Stephen Duckett has also opened debate on private health insurance, saying it would be far more efficient to pay private hospitals rather than the insurers.

In an Opinion piece in The Australian, he asks whether or not the private health insurance industry, which attracts a government subsidy of more than $5 billion each year, is not “ripe for the chill winds of competition”. He says:

“A very large subsidy, about 30 per cent of the price paid for insurance, has meant that the industry needs to be regulated to set rules for who gets the subsidy and how much The result is an over-protected industry that runs to the government every time it can’t tackle its problems.”

Duckett says this could easily be one by the Commonwealth paying a subsidy for each treated patient, with the payment varying by the type of procedure – just as now works with public hospitals. If desired (politically, financially), he says the payments could be restricted to those patients who have private health insurance and capped in the way that pathology payments are.

This could, he says, allow insurers to come up with more flexible products that could attract more customers and lead to new entrants and potentially lower costs. 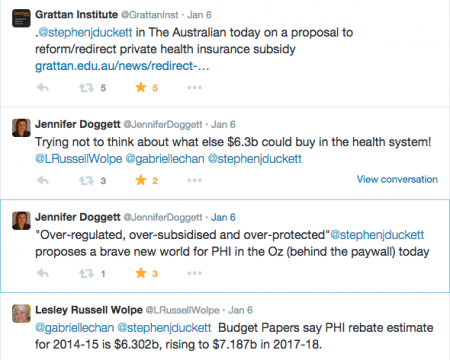 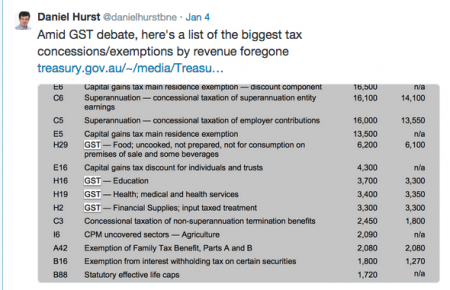