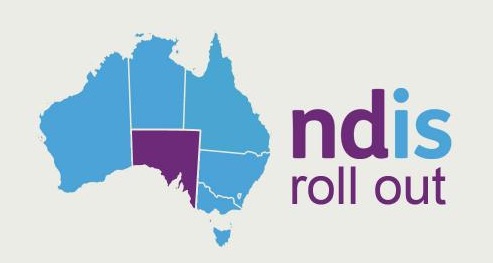 The National Disability Insurance Scheme (NDIS) may bring valuable opportunities for Aboriginal and Torres Strait Islander people with disabilities, but some important questions have arisen around accountability, according to Dr John Gilroy, from the Centre for Disability Research and Policy at The University of Sydney.

The National Disability Insurance Scheme (NDIS) presents a significant opportunity to revolutionise the quality of care and support to enable Indigenous people with disability to access the supports and services necessary to enable them to work towards full participation in their communities.

The NDIS is described as the biggest reform of the disability services sector since the passing of the Disability Services Act 1986 (DSA). It is a government funded multi-billion dollar individualised, personal support system for people with disabilities.

The NDIS progresses from the old institutional “block funded” model, which gave no flexibility or power to individuals to obtain full participation in their communities. It has potential to address the many access and equity barriers to culturally appropriate supports and services for Indigenous peoples.

However, a lack of accountability from the National Disability Insurance Agency (NDIA), the authority managing the roll-out of the NDIS, in reporting on Indigenous peoples’ satisfaction of the NDIS will impede any developments in establishing a culturally responsive disability service system for Indigenous peoples.

The NDIS reported that over 6,000 people with disabilities in NSW were participating in the NDIS sites, with around 6% being of Indigenous heritage at the end of 2015. This participation rate is under-representative when compared to the high rates of disability in Indigenous communities.

Significant government and community investment has been made to prepare Indigenous communities for the NDIS.

There are Indigenous community controlled disability peoples organisations (such as the First People’s Disability Network) working with many Indigenous communities to prepare for the NDIS. Many NDIS specific forums, symposia and gatherings have been held around NSW. There is also great work being undertaken by peak bodies, such as National Disability Services’ Indigenous programs.

There are also state and national committees consisting of Indigenous advocates and professionals to advise governments on the incremental roll-out of the NDIS and activities under the National Disability Strategy.

The NDIA undertakes a survey to understand a participant’s overall satisfaction with their current NDIS plan and outcomes. The NDIA is vague in describing the survey’s methodology.

One NDIA quarterly report states that a government worker provides the participant the survey after the NDIS plan is finalised. The participant voluntarily submits the completed survey to the NDIA, which is then analysed by an NDIA employee who has not been involved in the participant’s planning process.

The NDIA has not properly reported on the findings of this study regarding Indigenous peoples. A senior government representative reported at a recent Aboriginal gathering that 95% of NDIS participants “rated their planning process as good or very good”, which is a positive outcome for the NDIS roll-out.

However, Indigenous peoples were not properly informed on how current Indigenous NDIS participants are experiencing the NDIS or even if NDIA’s research methodologies are culturally appropriate.

The NDIA reported that “participant satisfaction extending beyond the planning process will be measured using the outcomes framework when implemented”. The Outcomes Framework measures the medium and long-term benefits of the NDIS for participants and their families.

Bizarrely, the NDIA did not report on the cultural veracity of the Outcomes Framework pilot or on Indigenous peoples’ experiences of the NDIS.

The First Peoples Disability Network, CDRP and my own research advocates for the need to have Indigenous peoples’ experiences of disability services inform the evidence base for disability policy and practice.

Despite the many carefully selected “good news” stories on people’s experiences of the NDIS, there is limited knowledge on Indigenous participants’ satisfaction of the NDIS and those who cannot access the scheme.

The NDIA’s failure to be accountable to the growing number of Indigenous NDIS participants in NSW resembles how Indigenous people were excluded during the implementation of the DSA.

The NDIA must report on NDIS Indigenous participants’ satisfaction to ensure the incremental roll-out the NDIS addresses the current factors and barriers that contribute to Indigenous peoples low disability service participation rates.

The NDIA must meet their legal responsibilities to adequately report on Indigenous NDIS participants’ satisfaction under the NDIS Act.

• Dr John Gilroy is a Koori man from the Yuin Nation and is a doctor of sociology in Indigenous health, specialising in disability studies. John has worked in disability and ageing research and community development with Aboriginal and Torres Strait Islander communities, government and non-government stakeholders for over ten years. John is passionate about Aboriginal community owned and driven research as means to influence policy. Since completing his PhD in 2013, John is involved in a range of projects with Aboriginal and Torres Strait Islander peoples with disabilities, their families and communities.

Brad is a photography and journalism student at University of Wollongong. He is passionate about telling stories through imagery and is an advocate for mental health, specifically regarding depression and self-harm.