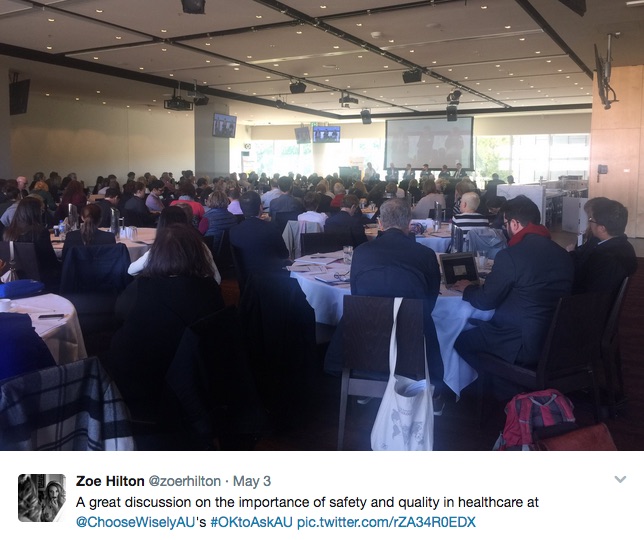 The PM, however, congratulated the President on a vote by House Republicans to repeal and replace the Affordable Care Act, Barack Obama’s signature health care law that aims to provide affordable health care. If the Republican bill now passes in the Senate, millions of Americans will be affected.

Meanwhile, in Australia the Chief Medical Officer has warned that universal health care is at risk from spiraling out of pocket costs.

At a national meeting in Melbourne on Thursday hosted by the Choosing Wisely initiative, Professor Brendan Murphy spoke about the imperative for cultural change in Australia’s health care delivery so the system is sustainable and can afford new drugs and technologies like genetic testing.

He also provided a personal example of his own healthcare decisions, underscoring why both clinicians and consumers should question the need for tests and treatments.

Journalist Marie McInerney is reporting on the meeting for the Croakey Conference News Service.

Australia’s Chief Medical Officer has warned of the “very worrying” rise in out of pocket costs in health care that now make up a third of total health expenditure and said it is putting universal health care at risk in Australia.

Former Austin Health CEO Professor Brendan Murphy was speaking at a national meeting on Thursday to mark the second anniversary of the Choosing Wisely initiative, which aims to cut down unnecessary testing and treatment in the health system.

In his keynote presentation, Murphy said Australia now spends 10 per cent of GDP on health. He said he was not casting judgment on the current level, but that growing that rate consistently at 1-2 per cent higher than GDP growth is “mathematically unsustainable.

Of greater concern, he said, was that out of pocket costs paid by consumers have never been higher. 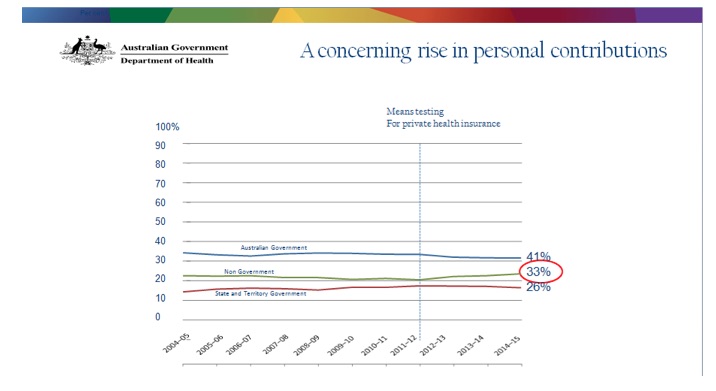 “A more worrying statistic to me is that during this era of government cost control in recent years, the proportion of non-government expenditure – largely private individual expenditure on health – has risen to now be a third of all health expenditure,” he said.

“That’s a very worrying statistic and it plays into a concept of universal access.”

In its most recent report, the Australian Institute for Health and Welfare says that non-government health expenditure in 2014-15 was estimated at $53.4 billion, up by six per cent from the previous year, and totaling 33 per cent of total expenditure.

In terms of direct costs, according to a recent report by the Grattan Institute, consumers now contribute almost one fifth of all health care spending in out of pocket fees, for Medicare services, to visit specialists, have blood or imaging tests or for unsubsidised medications on the Pharmaceutical Benefits Scheme.

Professor Peter Brooks from the University of Melbourne’s Centre for Health Policy has said the issue of out-of-pocket expenses, which total around $23 billion per year and are one of the fastest growing parts of the health budget, usually focuses on GP fees.

But they are “really small beer” in comparison to fees levied by specialists, he said in this analysis of a Melbourne University study that found wide variation in fees charged both between specialties and within specialties, as well as between states and territories.

Murphy told the meeting that a recent OECD study on Tackling Wasteful Spending in Health indicated that 20 per cent of health dollars were “clearly a waste”. The report says a considerable part of health expenditure “makes little or no contribution to improving people’s health. In some cases, it even results in worse health outcomes.” 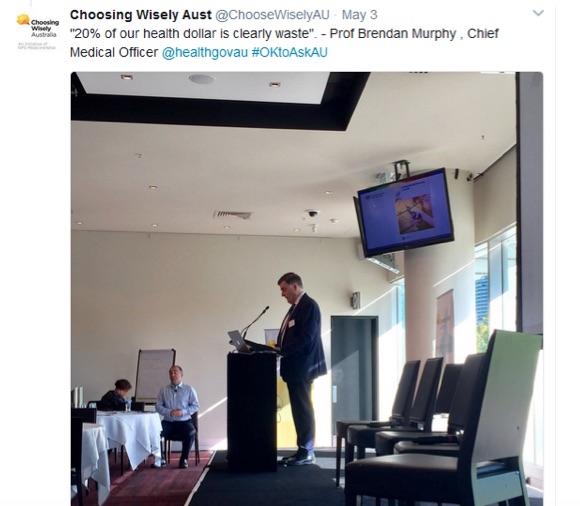 He said Choosing Wisely is a “very exciting” program that – while he acknowledged it is aimed at improving patient care rather than cutting costs – could become a “key plank in our quest to deliver quality care in a sustainable health system”.

“Its potential for ongoing success is in my view entirely because it’s clinician led, a key element for any health system reform,” he said.

In its two years of operation in Australia, Choosing Wisely has worked with medical colleges, health services and others to develop more than 130 recommendations about tests, treatments, and procedures that healthcare providers and consumers should question.

Murphy had his own such story to tell.

“I have osteoarthritis in one knee, and prior to a partial knee replacement – I should have looked to the evidence on that before I had it too! – I had two arthroscopies and three MRIs (magnetic resonance imaging), none of which changed the management (of the condition) whatsoever and probably made me worse,” he said.

“Being over 50 and having gastroenterologist friends, of course I’ve had a couple of colonoscopies – and why wouldn’t you, because you want to be sure!” he said to laughter in the room as his story echoed the “more care equals better care” narrative.

Murphy said many clinicians have become “a bit cynical” about warnings about the sustainability of the health system when “the sky has not fallen in yet”.

He said he believes the extent of the current pressure on health care funding is disguised by a range of short-term measures: the Medicare rebate freeze, benefits of PBS price disclosure, cuts to aged care funding, and the indexation pause for private health insurance rebate.

“I suggest that while the sky hasn’t fallen in, there are big bits of it that are being held up by temporary supports such as freezes to payments that are really unsustainable and some substantial one-off savings that have probably hidden the problem from public view.”

“What will motivate clinicians however is when the necessary imperatives of government to substantially reduce growth in health care costs impact on clinicians’ capacity to adopt new technology, new pharmaceuticals and maintain good access to first world patient care.”

As one practical example where clinically-led reforms can “realise substantial savings”, he said “probably the best bit of low hanging fruit” still available through the PBS was greater uptake of biosimilar drugs – medications which act in the same way as patented biological drugs, although they may not be exactly the same.

“Huge savings” had been achieved internationally, led by the Scandinavian countries, in buying biosimilar drugs, but there was “quite a bit of clinician resistance” in Australia, sometimes because of uncertainty about efficacy but also for other reasons, he said.

“If clinicians understand that unless they allow biosimilar drugs to get a fair share of the market, not a market monopoly, biosimilar drugs will not continue to be put up for the Australian market because the companies won’t bother,” he said.

“Unless we get those biosimilars into the market and achieve some of those savings, there won’t be room in the PBS for all the new biologicals that are being put up for evaluation every single meeting.”

And he said there were many examples led by the Health Department that “dovetail nicely” with the work of Choosing Wisely, including significant savings achieved when new restrictions were introduced on rebates for Vitamin D testing, following what he described as an “epidemic” in testing that saw an almost 4,000 per cent jump in test numbers.

Another challenge was that, as medicine becomes more specialised, “the prestige is associated with what you can do rather than what you don’t do”. He gave as an example surgical advances that meant it was possible to remove pancreatic cancer “but when it’s in an 88 year old it’s probably not the right thing to do”.

Murphy said regulatory responses to over-testing and waste in the system – such as the current MBS Review which is examining more than 5,700 items listed items for potential removal or rule changes – are important.

But he said they are “probably not as powerful a tool as influencing clinician choice”.

Many other tests are significantly overused at a time when “the MBS has a huge pipeline of genetic tests that we have to find headroom to fund”, he said.

“Genetic testing at the moment is a huge expense that’s not basically funded,” he said. “Unless we make room for it we will have people paying out of pocket.”

Watch an interview with Professor Murphy 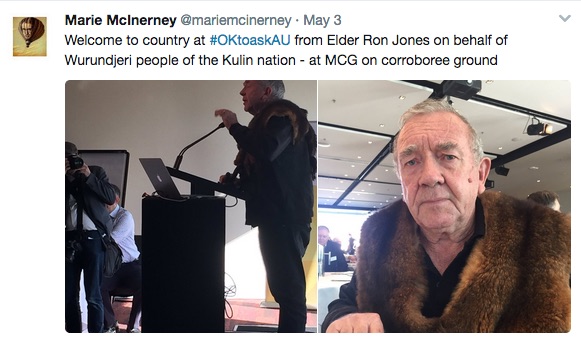 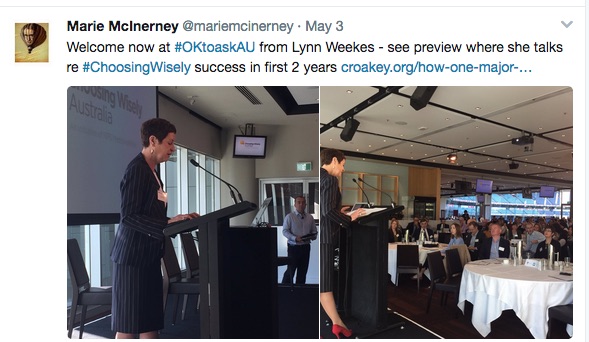 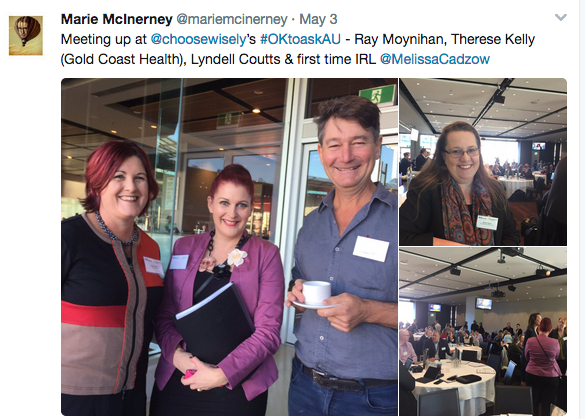 Bookmark this link to follow our continuing coverage of the #OKtoAskAus discussions.