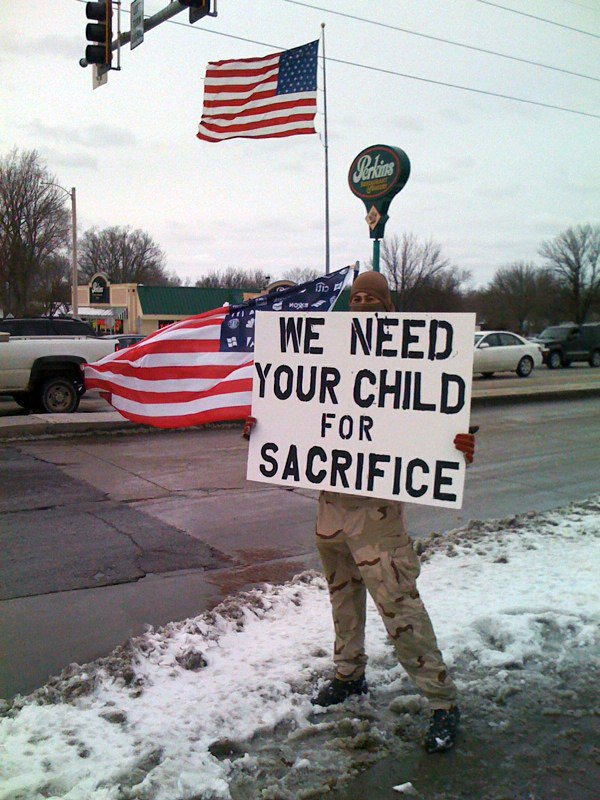 Chilcot: the costs of war and silence

The long-awaited Chilcot inquiry report into the British government’s involvement in the Iraq War was handed down last week, an exhaustive and damning indictment of the Blair administration’s ill-conceived decision to join the US-led invasion.

Among key findings, apart from a litany of intelligence abuses, was that British Prime Minister Tony Blair ignored warnings on what would happen in Iraq post-invasion, and had no strategy to manage this period, nor tried hard enough to keep a tally of Iraqi civilian casualties.

The report also found the British government risked the mental health of thousands of troops by breaching guidelines designed to avoid excessive deployment and overstretch.

An editorial published this week in the BMJ warns that the long-term consequences for UK service personnel remain unknown, especially for those they term ‘unexpected survivors’ — injured troops who may previously have died from their wounds but were able to be saved due to advances in battlefield treatment. The authors write:

No matter how good the short term care, nothing will remove the enduring effects of the deaths and the physical and psychological injuries. The true legacy of the conflict for individuals and wider society in both the UK and Iraq may not be evident for many years to come.

The report has renewed calls for a similar inquiry in Australia, where Prime Minister John Howard followed the US into Iraq on a similarly flawed basis to Britain and with the same disastrous outcomes.

Activists have banded together under the banner Chilcot Oz to demand a Royal Commission into Australia’s decision to go to war in Iraq and have planned a rally this Sunday, July 17 in Adelaide.

In a new piece for Croakey Dr Sue Wareham OAM, vice president of Medical Association for the Prevention of War (Australia), writes that one of the greatest tragedies of the Iraq conflict was that its devastating consequences for civilians and stability in the Middle East were both foreseen and ignored.

Now more than ever, she argues, health professionals must recognise their vital advocacy role for those most vulnerable to the ravages of war.

The Chilcot report into the UK’s involvement in the 2003 invasion of Iraq was long overdue when it finally saw the light of day last week. Even so, the UK is streets ahead of Australia; we have had no such in-depth examination of the process by which our nation helped launch this catastrophic war, and none is on the horizon. Accountability is virtually zero, there are no lessons learnt, grave errors are repeated, and countless lives are destroyed as a result.

The fact that the human cost of the war was huge is rarely disputed, although estimates of the numbers of dead or maimed, or lives otherwise ruined, vary. This is not surprising given the enormous obstacles to collecting such data in a war zone, and the fact that the “coalition of the willing” doesn’t even try.

The 2015 report “Body Count”, by affiliates of International Physicians for the Prevention of Nuclear War, estimated that the “war on terror” has killed, directly or indirectly, around a million people in Iraq (and 220,000 in Afghanistan and 80,000 in Pakistan).

The Costs of War project at Brown University in the US estimated that, from 2001 to April 2015, the wars in Afghanistan, Pakistan and Iraq caused the deaths of 370,000 people – fighters, civilians, aid workers and others – due to direct war violence. However, the report said, it is likely that many times more than this number have died indirectly, as a result of malnutrition, damaged health infrastructure and environmental degradation as a result of the wars.

Australia has unquestioningly supported all of these wars, including by the role of the Pine Gap facility in the NT in facilitating drone attacks in Pakistan.

The problem of refugees also cannot be separated from the problem of war. On 20 June this year, UNHCR reported that an unprecedented 65.3 million people globally were displaced as a result of conflict and persecution.

Part of the tragedy of the 2003 Iraq War was that the humanitarian impacts were all predicted before the war started, but the predictions were ignored. Among many such warnings was the November 2002 report, Collateral Damage: the health and environmental costs of war on Iraq, which was published by Medact in the UK and had its Australian launch by the Medical Association for Prevention of War (Australia) in Parliament House on November 12. The introduction to the report stated:

The threatened war on Iraq could have disastrous short, medium and long-term consequences not only for the Iraqi population and its neighbours, but also further afield.

These dire predictions were based partly on the much-degraded state of Iraqi infrastructure as a result of the 1991 war and the most comprehensive economic sanctions in history.

To justify a war after the event, as former PMs Blair and Howard have attempted to do, those who led the charge need to be able to look into the eyes of every maimed or orphaned child, every grieving parent, every family whose house is a heap of rubble, every breadwinner who can no longer work, and assure them that it was all worth it, there was no other way.

A refusal to even acknowledge the extent of human suffering simply compounds the lies and blinkered vision of 2003.

A role for health

Health care professionals have an essential advocacy role to play in exposing the costs of war, especially for civilians, for it is the civilian suffering that is – apart from low levels of humanitarian aid that are dwarfed by the amounts spent on fighting – ignored by governments.

War is not just a matter for prime ministers to decide, and generals to implement. And despite the importance of the law and the monumental folly of Bush, Blair and Howard in ignoring the almost universally agreed “illegal” verdict in 2003, nor is war just a matter for the lawyers.

Not everything that is lawful is wise, as many would argue the 2001 invasion of Afghanistan demonstrates.

Warfare is about destruction, often on a colossal scale. It threatens whole populations, whose welfare must be an absolutely key consideration before any armed intervention.

If we are to learn anything from the invasion of Iraq – a huge “if” in the case of Australia, as we continue to send troops to unwinnable wars in the Middle East – the need for humanitarian concerns to be central to any such decision is a lesson sorely needed.

There are many questions that must be asked and answered, such as the expected civilian deaths and injuries, the likely impact on health care facilities and personnel and on clean water supply, the provisions that will be made for injured civilians, the number of refugees expected and the resources that will be available to care for them.

War is full of unintended negative consequences. This is precisely the reason that the likely or certain consequences – such as widespread civilian suffering – must be part of the debate before hostilities commence, in the knowledge that things will usually turn out worse than expected.

And finally, the issue of debate.  Generally there is none in Australia before we go to war.

In 2003, PM Howard made the decision; there was no opportunity for questions in parliament about the military strategy, expected human and economic costs, likely duration, post-Saddam Hussein Iraq, regional consequences, the likely environmental destruction, or any other critical issue.

Going to war is the most important decision that a country can make. We should treat it as such, with full parliamentary debate and vote, and with the human impacts taking their rightful place among the key issues on which the decision is made. Health care professionals have a vital role in demanding nothing less.