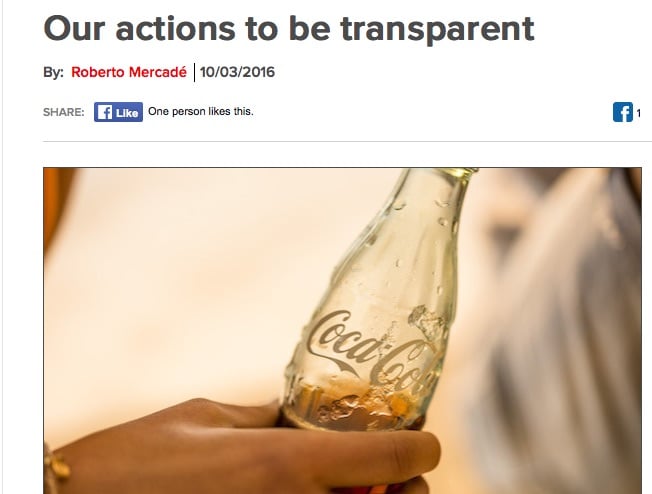 Coca-Cola releases details of who it funds in Australia

Schools, universities, not-for-profit organisations, youth and community groups, charities, and sporting initiatives are among those that have taken Coca-Cola funding in Australia, according to details released today by Coca-Cola South Pacific.

Also released are the details of experts who have worked with the company (although not all of these are included as some did not agree to have their names disclosed).

According to Roberto Mercadé, President, Coca-Cola South Pacific, the information has been released as part of the company’s new commitment to transparency, and will be updated every 12 months.

He has invited feedback to the publication – some Croakey readers may wish to take up this offer to contact: transparencyau@coca-cola.com.au. 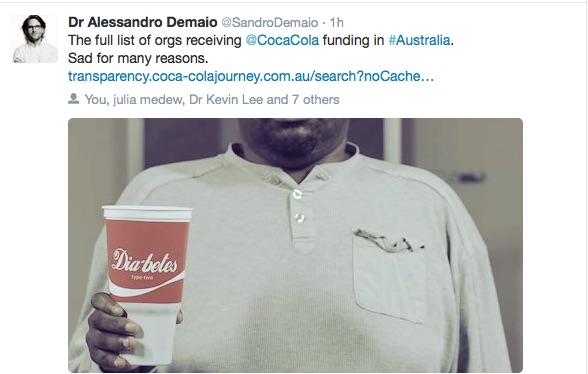 The website lists details of funding provided from January 1, 2010 December 31, 2015 by Coca-Cola South Pacific or The Coca-Cola Company’s U.S. corporate headquarters to entities and individuals based in Australia for research or partnerships relating to dietary intake, nutrition, and health, or to physical activity. 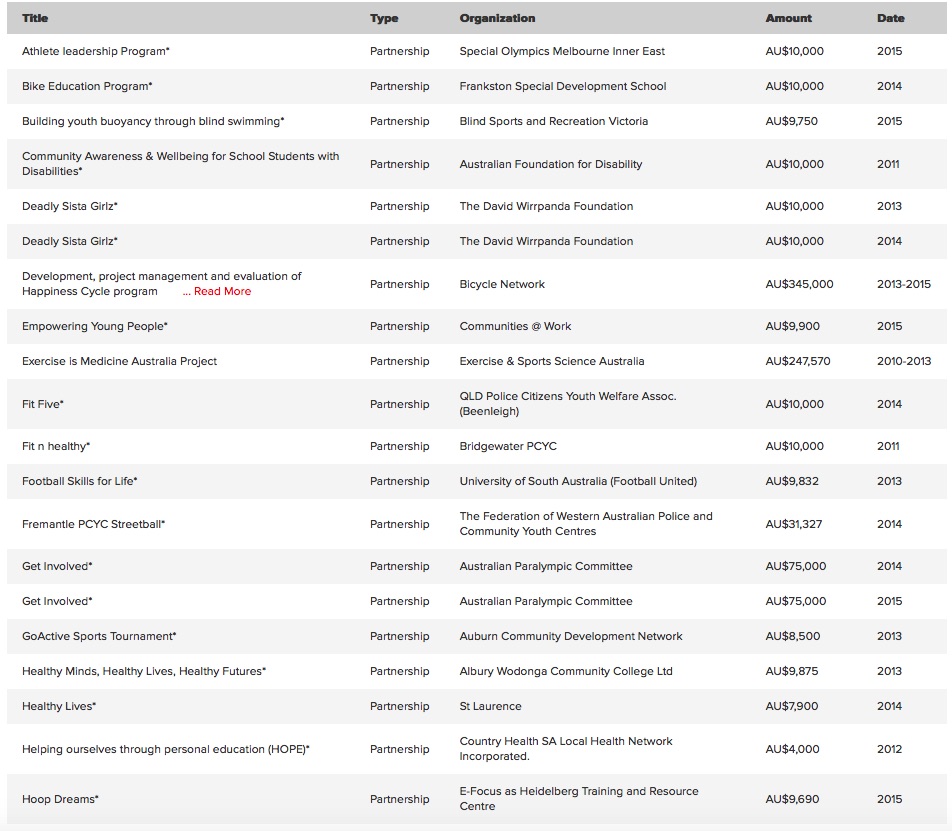 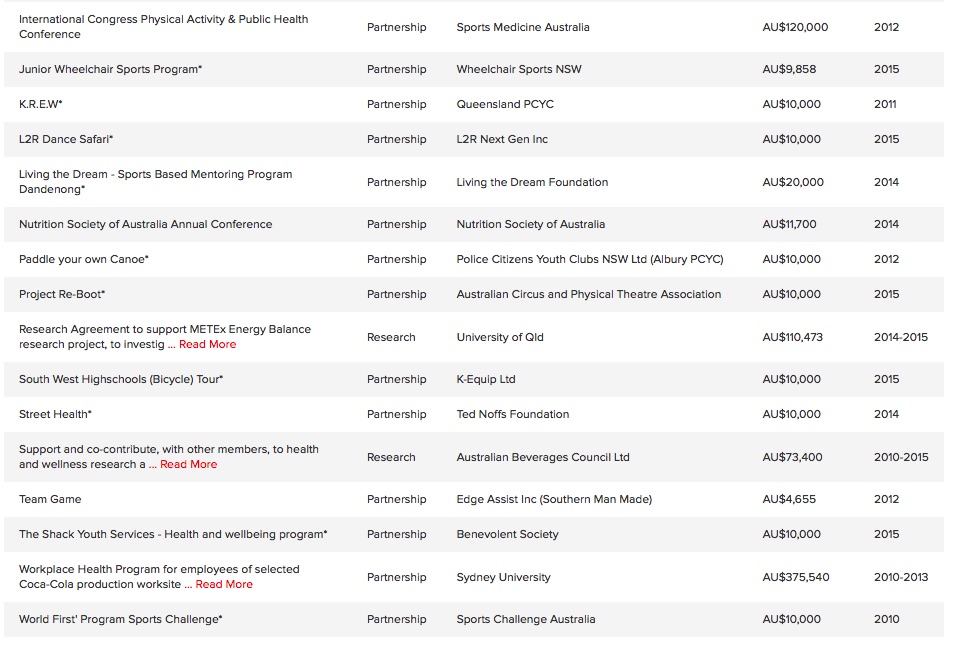 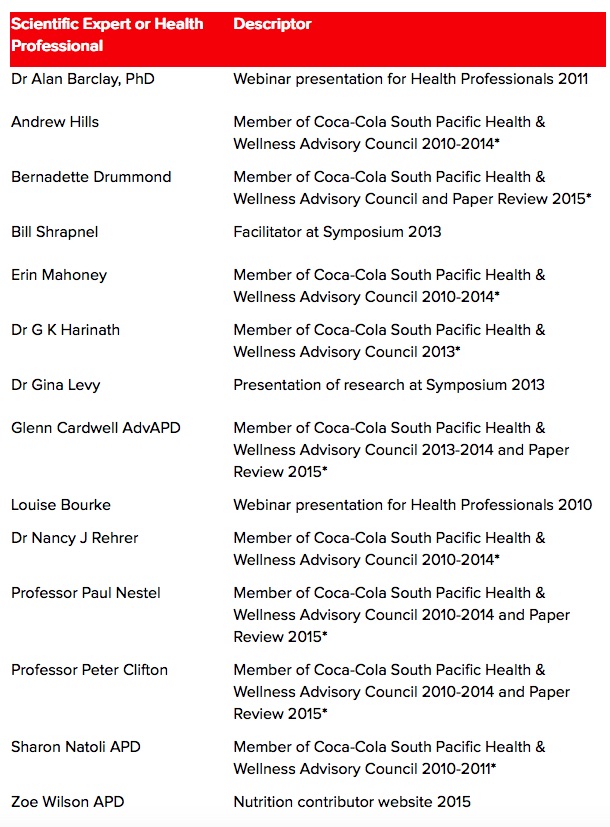 The declarations do not include research by entities not based in Australia. Coca-Cola Australia has also worked with experts who are either from the U.S. or funded by the U.S. corporate headquarters. They are listed on the U.S. website http://transparency.coca-colacompany.com/health-professionals-and-scientific-experts. The funding provided for their work will be listed on the U.S. website as part of the six month update.

The Lancet reported last year that Coca-Cola had disclosed spending US $118·6 million in the past 5 years on scientific research and health and wellbeing partnerships in the US, with the American Cancer Society,  the American College of Cardiology, and the Academy of Nutrition and Dietetics among those funded.

Last December, Coca-Cola also revealed who it was funding in the UK, as reported by public health nutritionist Professor Marion Nestle, the author of Soda Politics: Taking on Big Soda (And Winning).

• A call to end unhealthy sponsorship

• Coca-Cola part of the solution to obesity; yeah, right