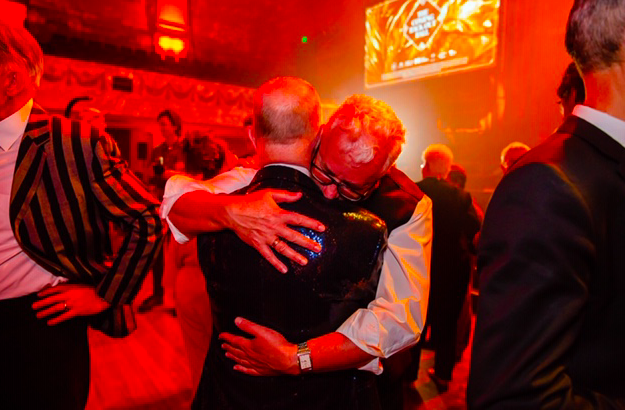 Photo from The Coming Back Out Ball, supplied by All the Queens Men

Coming back out – and having an award-winning Ball

Balls and dance clubs have emerged as a popular and effective health intervention in Victoria to help tackle the social isolation experienced by many LGBTI people as they grow older.

National and international interest is growing in these activities, which have been created by All The Queens Men, an organisation that champions social equality through producing “spectacular theatrical and participatory art experiences”.

One of their events – The Coming Back Out Ball was recognised at this year’s VicHealth Awards, which Marie McInerney is covering for the Croakey Conference News Service.

It was a glittering, glamorous event in the Melbourne Town Hall, a spectacular night out for LGBTI people aged over 65 years.

The Coming Back Out Ball, first held in 2017, was staged following research showing that LGBTI people were becoming socially isolated as they aged and facing ongoing or new levels of discrimination in services.

Tristan Meecham, from Melbourne arts company All the Queen’s Men, said it was worrying that many LGBTI elders were “going back into the closet when they were accessing aged care services…because they didn’t feel safe in those contexts”.

He was speaking to Croakey at the VicHealth Awards, where The Coming Back Out Ball won the category, improving health through the arts.

The inaugural Ball had all the bells and whistles of a fabulous night out, including a three-course meal and the star power of performers Robin Archer and Deb Cheetham.

It was also designed to be “deeply accessible” – not just as representative as possible of LGBTI people, but free for over 65-year-olds – “our gift to them,” Meecham said.

The Ball also sought to build ongoing connections and lead to changes in service policy and practice.

Thus it was staged as a premiere event of the Victorian Seniors Festival in association with the third National LGBTI Ageing and Aged Care Conference in 2017, and had an encore performance this year, with the promise of more to come, in Melbourne and beyond.

And it clearly hit the mark, according to feedback to a formal evaluation of the event:

Incalculable support for elders who came through illegality, AIDS, and the official rejection of their value as people.

Huge value that we are once again visible when we mostly feel invisible… to celebrate our lives, our loves, our resilience…”

The evaluation noted that The Coming Back Out Ball in 2017 was held at a significant time – during the Same Sex Marriage Postal Vote.

“The celebration and safety of The Coming Back Out Ball brought the community together at a time when LGBTI rights were the centre of public debate with media headlines and protests on either side of the divisive marriage equality debate,” it said.

For Meecham, an evidence base and community engagement before and after the ball were as important as the tinsel and tiaras of the night.

“We were dealing with one of the major issues facing older populations – social isolation – which is even more acute for the LGBTI community when you think many of them do not have traditional family structures in terms of support and also are closeting themselves again later in life,” he said.

Alongside planning for the event, the organisers established a monthly LGBTI dance club in inner city Fitzroy, a “lovely, discreet space” that is now heading into its fourth year.

New clubs have been rolled out in rural and regional Victoria, in Shepparton, Kilmore and Glen Iris, and Coming Back Out Balls are heading now to Scotland, through a partnership with the National Theatre of Scotland, and Tasmania.

For Meecham, it is a critical way to honour and support LGBTI elders who have lived through a time when being LGBTI could result in imprisonment (criminal records for then illegal homosexuality activity were expunged only three years ago in Victoria), enforced medical ‘cures’, loss of employment and rejection by family and friends.

“For many of these elders (the first generation to fight for equality), impending old age means going back into the closet or the risk of being deprived of companionship and quality care when needed most,” the evaluation said.

A small study published in 2015 by researchers from La Trobe University and Curtin University explored the impacts of homophobia on the lives of these elders, and reported:

Many believed that their safe spaces and affirming networks would be undermined by service providers and other clients who were homophobic and with whom they had nothing in common.

A more distressing fear for participants was that they would have to “straighten up” their lives, or hide their sexual orientation if they required residential aged care.

Unfortunately, while many services are now embracing strategies to become more inclusive, evidence also shows that older lesbians and gay men receive a lesser standard of care in some services.’’

It operates a training program for services and organisations to achieve the ‘Rainbow tick’ credential for inclusion, and coordinated the National LGBTI Ageing and Aged Care Conference, which brought together many aged care providers, government departments and LGBTI people, including the Coming Back Out Ball organisers and many participants.

They not only discussed discrimination, implicit and explicit, from conservative and/or religious aged care providers, but particular issues for LGBTI people who don’t come out until they are much older, and struggle to find services that are often designed with young people in mind.

Meecham said the conference, and a follow up forum this year, have also showcased good practice, including a case study of an LGBTI elder whose decision to gender transition late in life was facilitated and supported by the aged care provider, in the face of family opposition.

There are also a growing number of proactive and progressive aged care facilities, such as the LifeView group, which is looking to set up an exclusive LGBTI facility in Melbourne.

“Not all aged care facilities are bad, there are some great models, but not all of them are good either,” Meecham said. “It’s a nuanced conversation.”

• Watch this playlist of four video interviews conducted by Marie McInerney during the awards. These videos had 689 views via the Periscope app as of 9 December 2018. 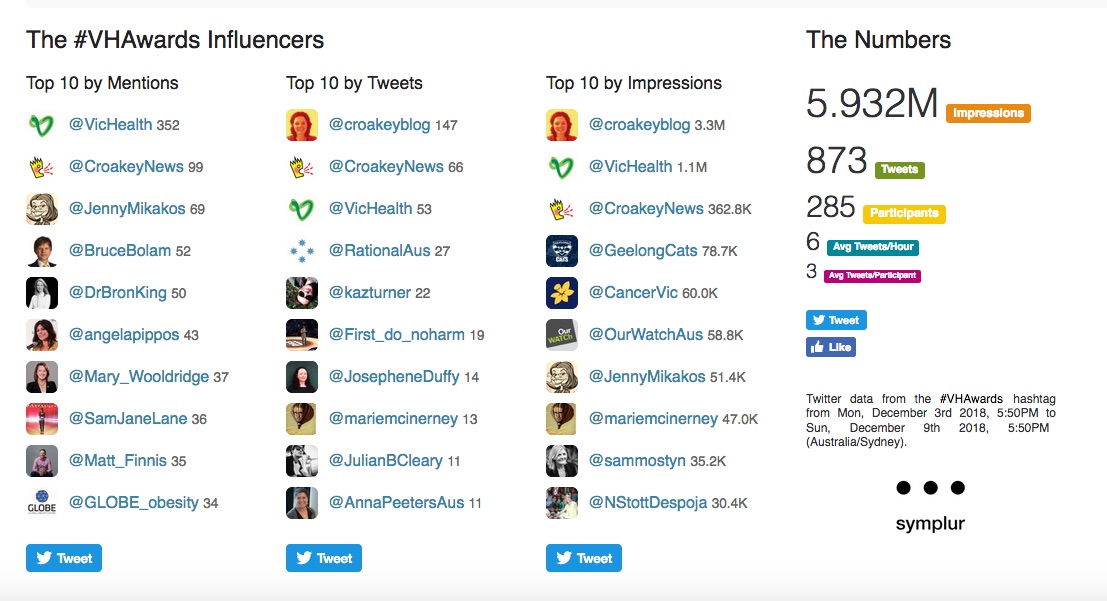 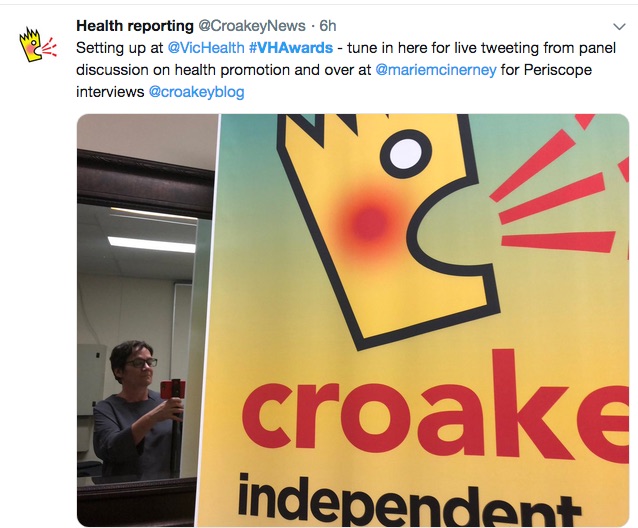