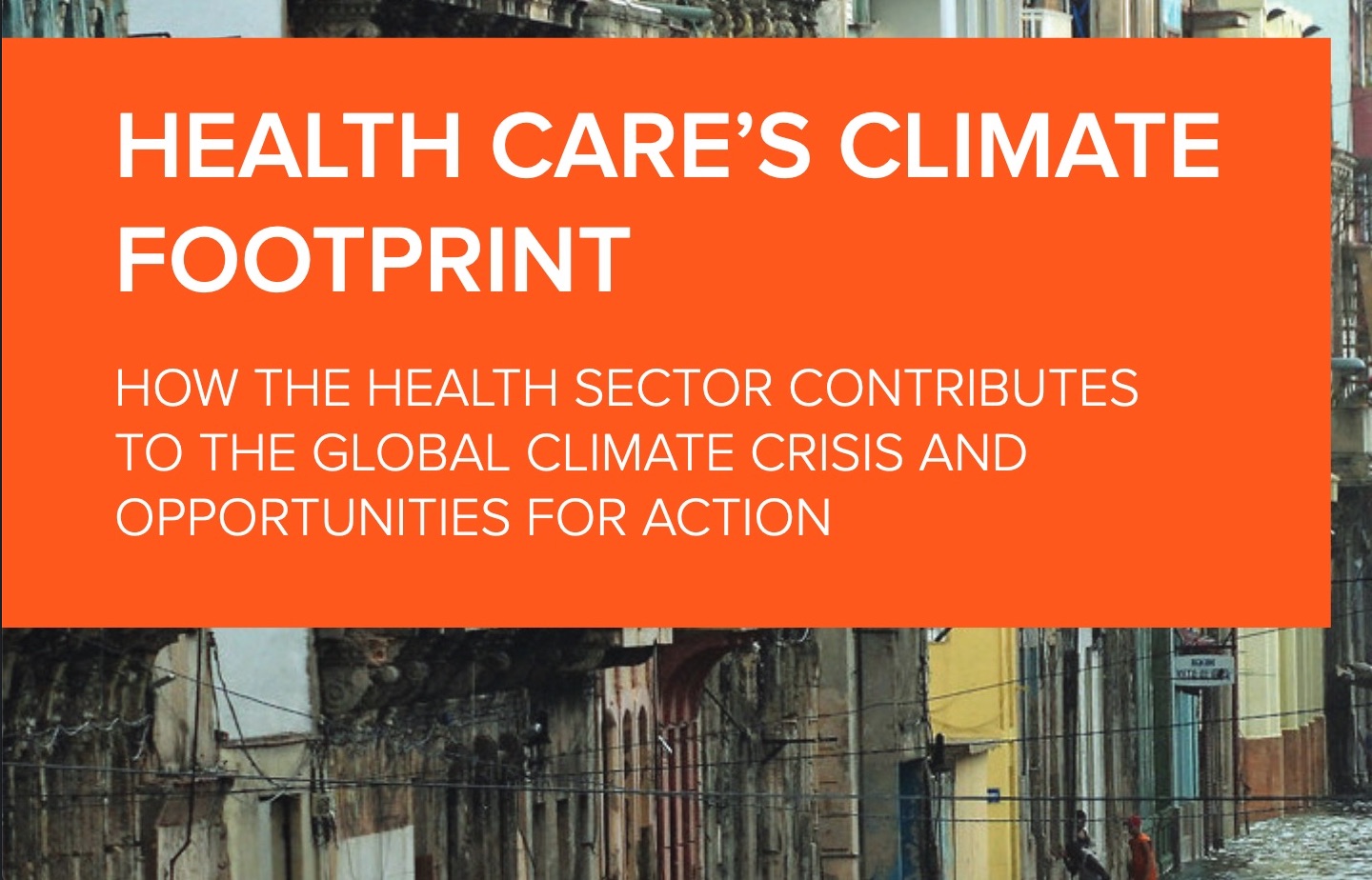 An unprecedented collaboration involving more than 250 media outlets around the world is putting the spotlight on the climate crisis in the leadup to a Climate Action Summit at the United Nations General Assembly in New York on 23 September.

The Covering Climate Now initiative is co-founded by The Nation and the Columbia Journalism Review (CJR), in partnership with The Guardian. Croakey invites our readers, contributors and social media followers to engage with these critical discussions, using the hashtag #CoveringClimateNow.

The Australian healthcare sector has been urged to take concerted action to reduce its climate footprint following the release of a global report that names it as one of the world’s worst offenders.

The images below are taken from the report, Health Care’s Climate Footprint: How the health sector contributes to the global climate crisis and opportunities for action, which is the first in a series of climate-related research and policy papers that Health Care Without Harm and its partners aim to produce over the next three years. 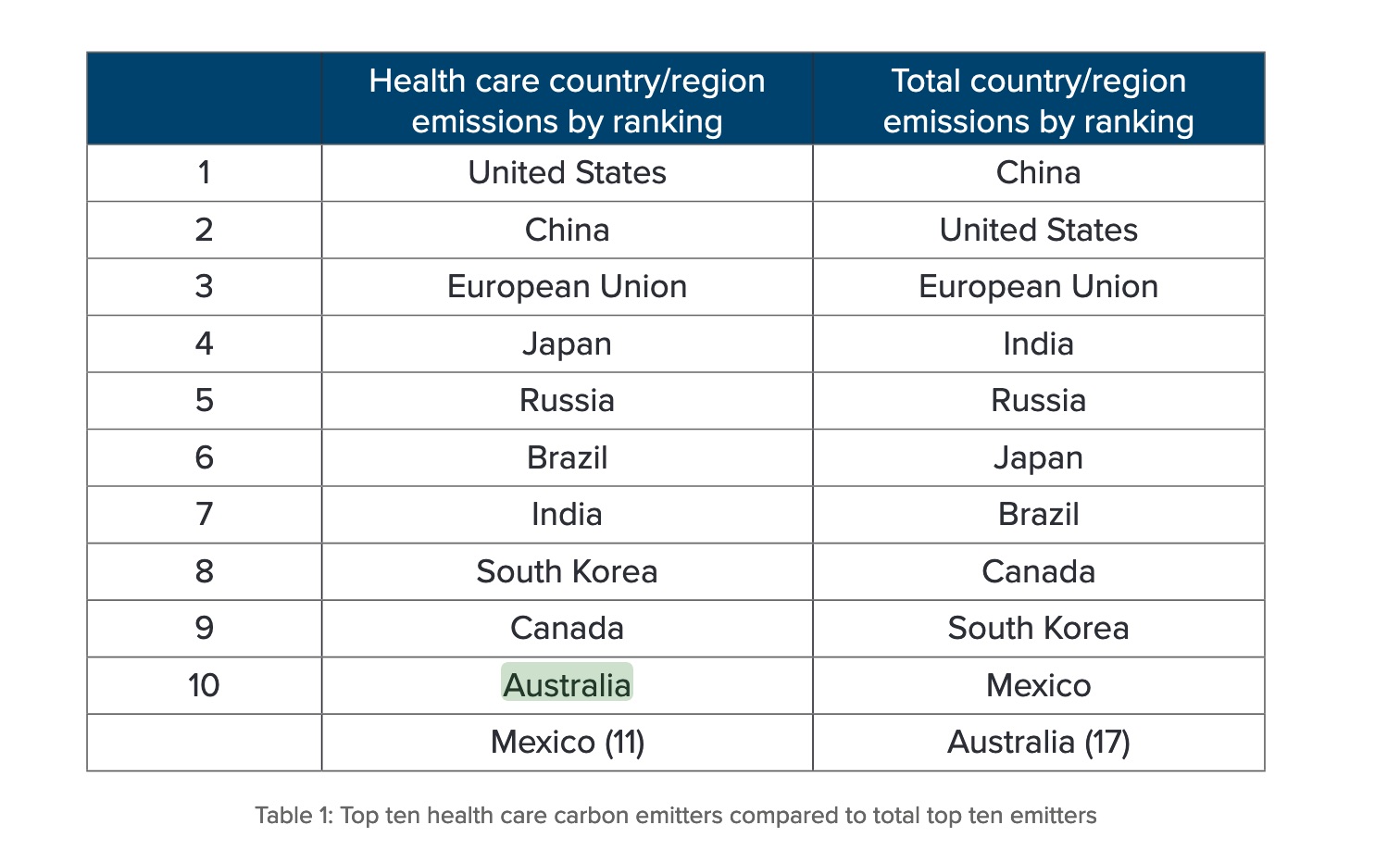 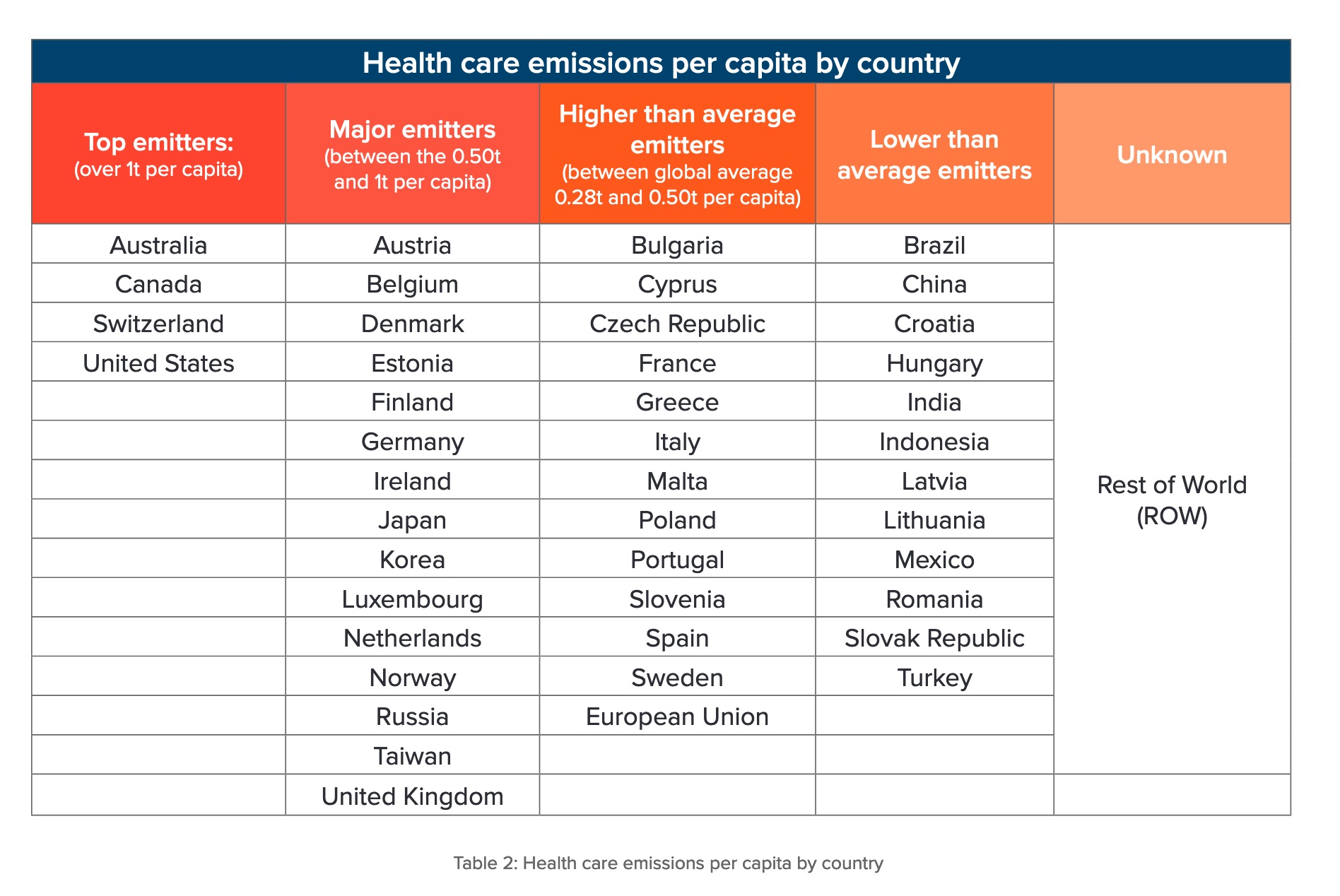 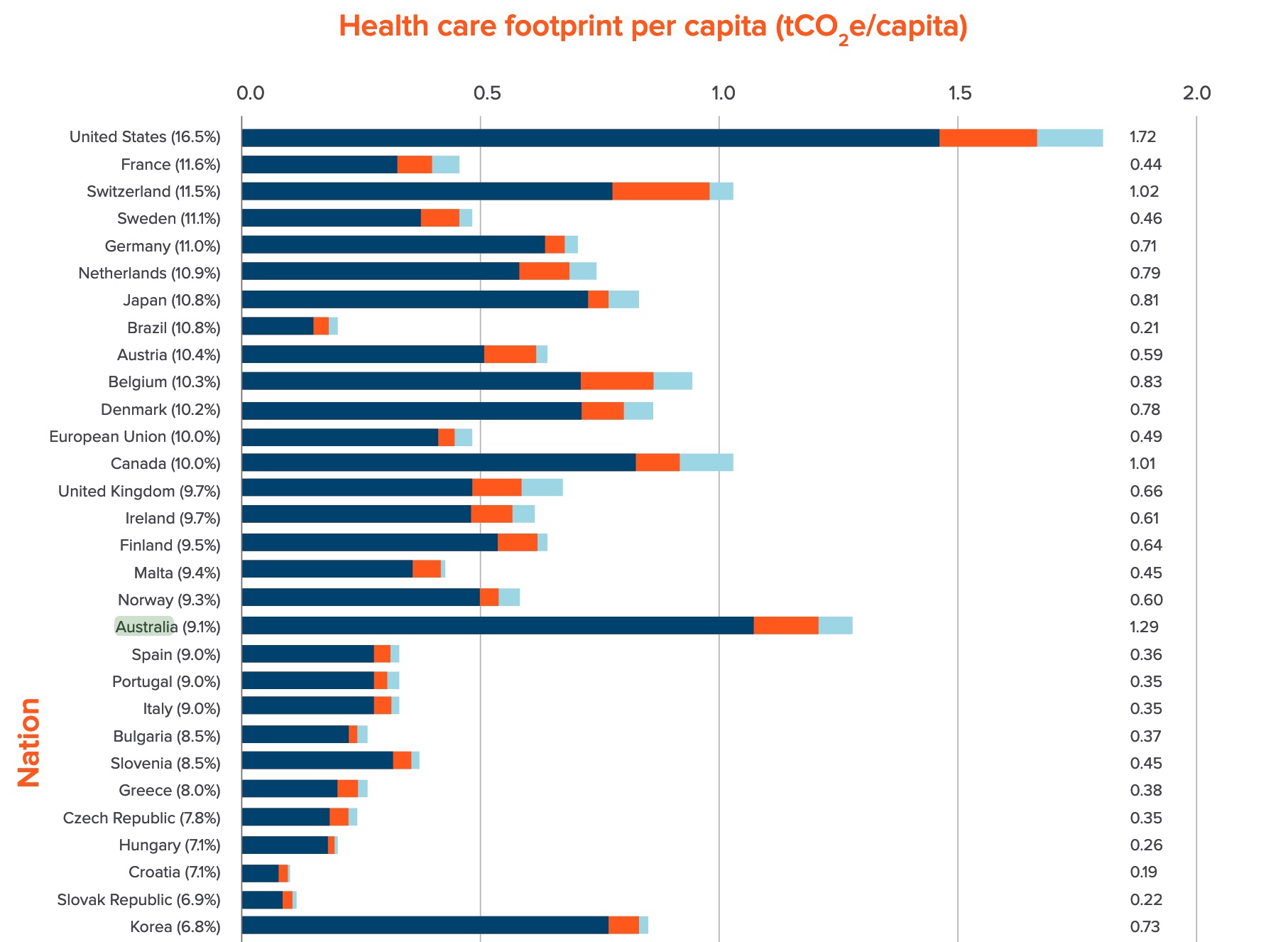 The report finds that healthcare’s global climate footprint is equivalent to 4.4 percent of global net emissions. If healthcare was a country, it would be the fifth largest emitter on the planet.

Dr Tedros Adhanom Ghebreyesus, Director General of the World Health Organization, says in the report: “Places of healing should be leading the way, not contributing to the burden of disease.”

More than half of health sector’s footprint is attributable to energy use. Other significant contributors include agriculture (such as catering at health facilities, growing cotton for surgical gowns etc), pharmaceuticals, chemicals, transport and waste treatment). The climate footprint of anaesthetic gases and metered dose inhalers also receive special mention.

The report also considers the wide-ranging health impacts of the climate crisis, including linkages with the social determinants of health:

Climate change could drag more than 100 million people back into extreme poverty by 2030 with much of this reversal attributable to negative impacts on health.”

The report says: “Health care must respond to the growing climate emergency not only by treating those made ill, injured, or dying from the climate crisis and its causes, but also by practicing primary prevention and radically reducing its own emissions”. 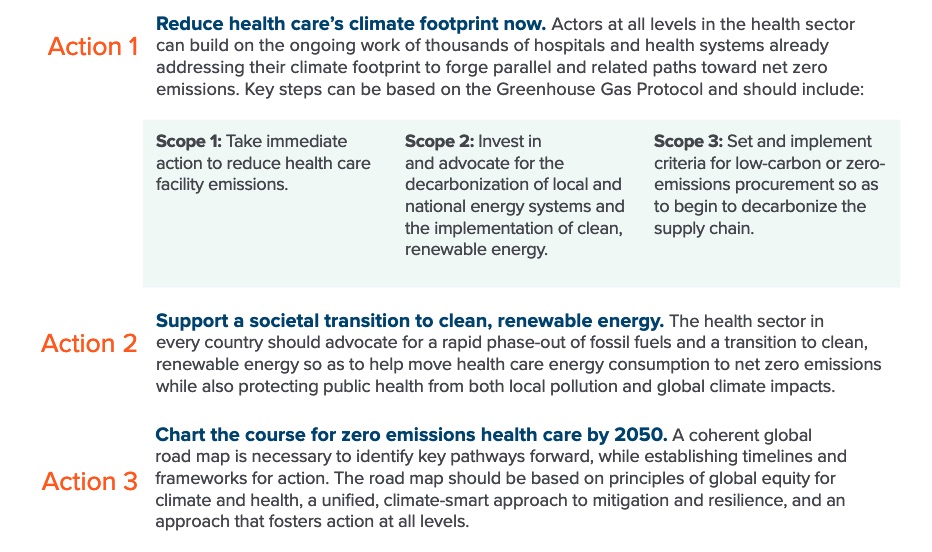 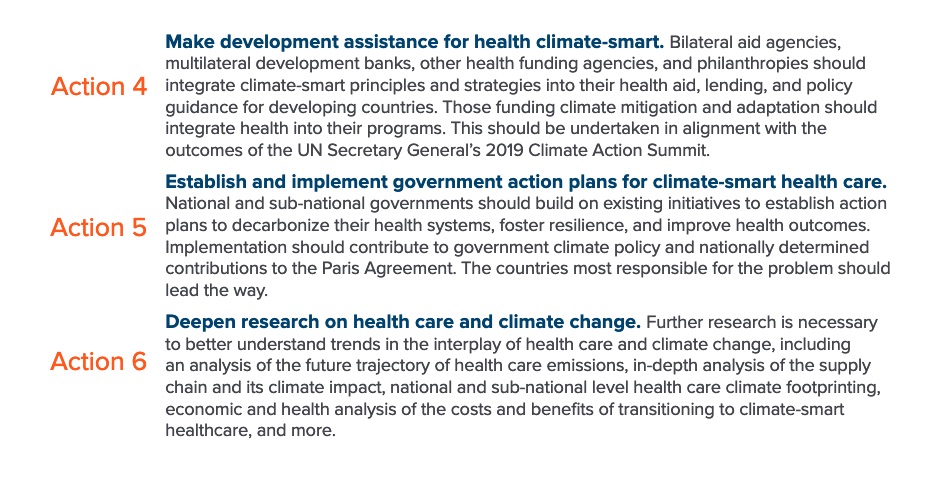 Other publications in the Health Care Without Harm series will provide a global road map for health care decarbonisation and resilience, strategies for national and sub-national governments to develop and implement climate-smart health care policies, decarbonising the health care supply chain, and recommendations for sustainable, climate-resilient, decarbonised health development assistance.

Ahead of next week’s Climate Action Summit, Dr Tedros Adhanom Ghebreyesus has warned that climate change is one of the world’s most urgent health threats.

Yet less than 0.5 percent of international finance for climate change is allocated to health, and the most vulnerable countries, particularly small island developing states, receive only a fraction of that.

He said it was significant that the Climate Action Summit takes place on the same day as the UN High-Level Meeting on Universal Health Coverage:

Taking steps to address and mitigate the impacts of climate change, and to ensure that everyone can access the health services they need, when and where they need them, are two of the top priorities in global public health.”

The WHO has produced a series of resources on health for the Climate Action Summit: and governments are being urged to align their climate and air pollution policies.

Philanthropic organisations and the private sector are also urged to step up their commitments at the Climate Action Summit, including through investing in “climate smart” healthcare facilities.

The WHO says there are four reasons to act on climate as a health issue:

Meanwhile, doctors gathered in Canberra today to deliver thousands of pledges calling for immediate bipartisan action on climate change, with a focus on the risks to children, urging #NoTimeForGames.

Health Minister Greg Hunt, who has long ignored calls to engage with development of national climate and health policy, will not meet the group; however, speakers at the event outside Parliament House included Senior Australian of the Year 2019 and Paediatrician Dr Sue Packer OA, Opposition Climate Change and Energy spokesman Mark Butler, and Independent MPs Zali Steggall and Andrew Wilkie.

Dr Arnagretta Hunter, a cardiologist and Doctors for the Environment Australia (DEA) member guest tweeted for @WePublicHealth ahead of the event. She stressed the importance of comprehensive responses to address the health risks, especially for rural and regional communities facing a perfect storm of drought, water shortages, heat and fires.

Talked to a ‘soils’ person today in Canberra. One useful approach to improve mental health in regional areas is #ClimateActionNow.

Imagine if we paid #drought stressed farmers to transition to #regenerative agricultural practice, capturing carbon and improving capability of the farm to cope?

Imagine how many people could be employed working on soil regeneration?

Supporting our regional and agricultural friends with employment in regenerative agriculture is an effective response to both #depression and #climatechange and an appropriate response to #drought. Should help all involved.

What’s obvious is we must stop pretending this isn’t happening. We must address the fears and develop effective responses. Without it the #health and #wellbeing of #rural and #regional communities will continue to deteriorate.

We can’t just continue with a ‘business as usual’ model when the #climate forecasts are bad. 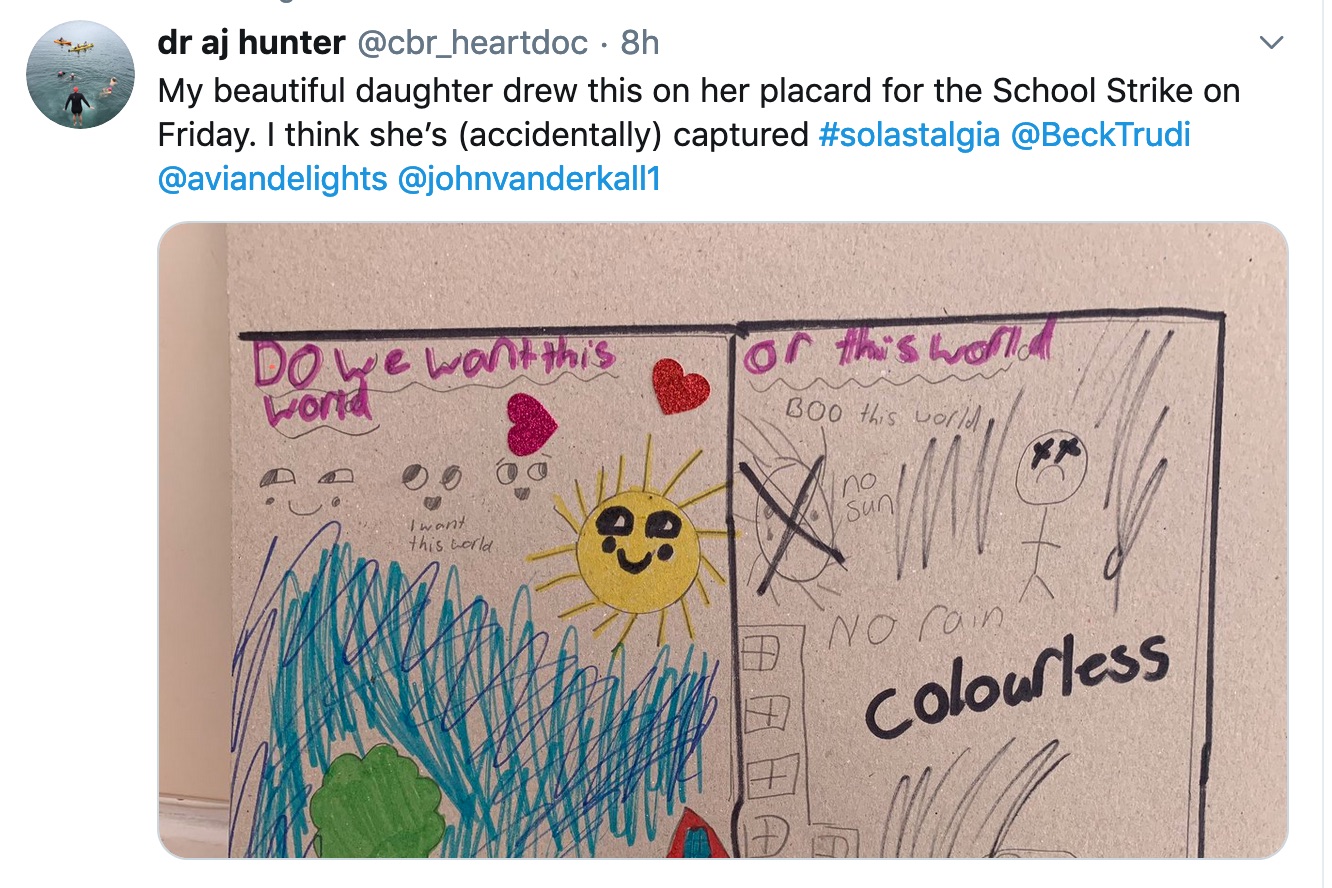 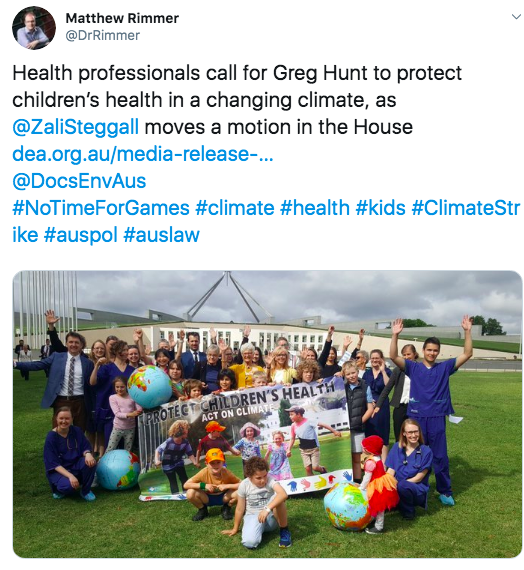 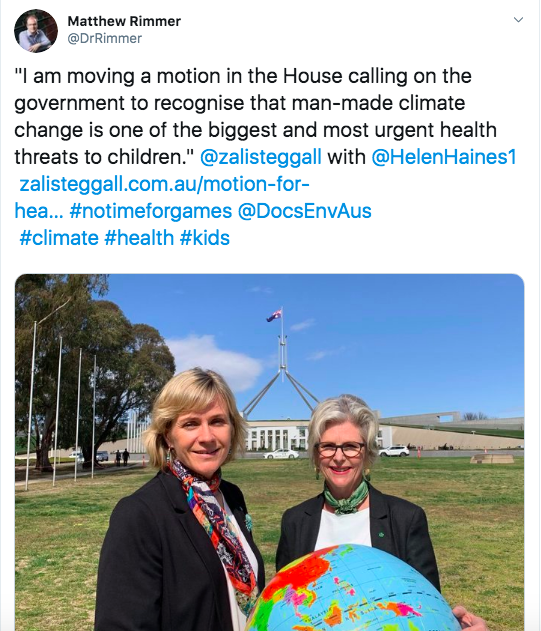 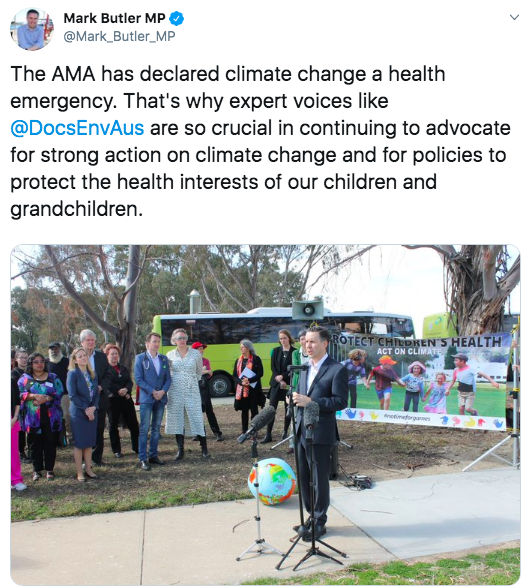 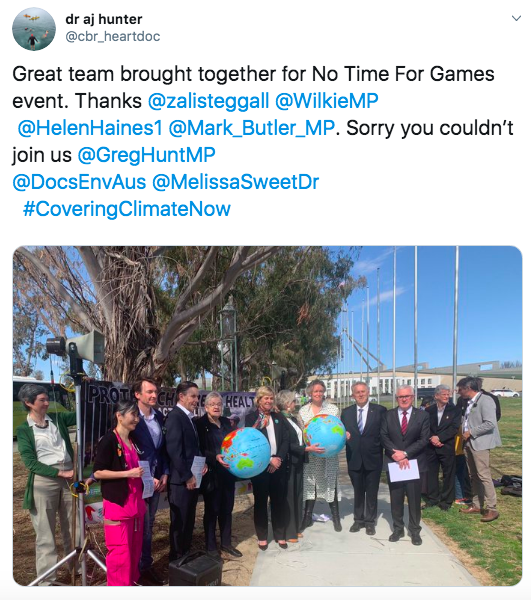 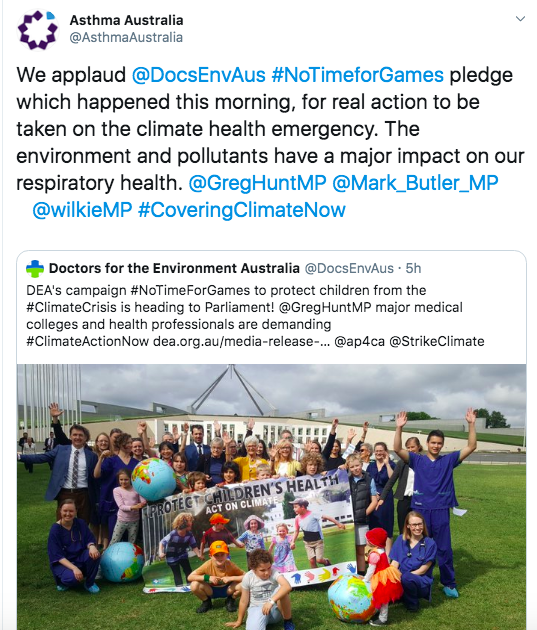 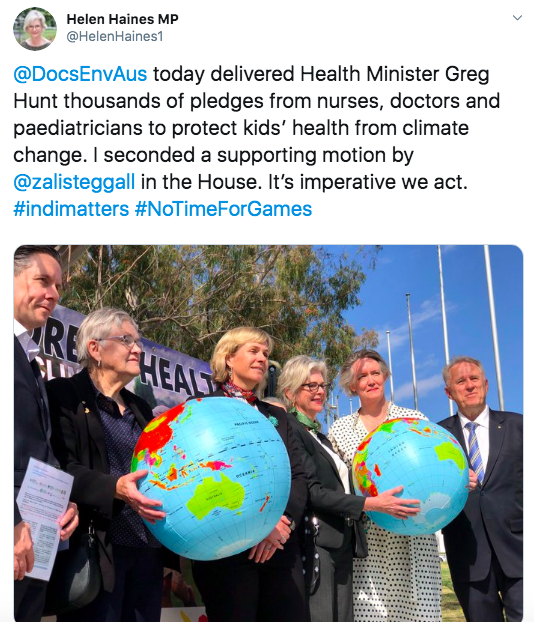 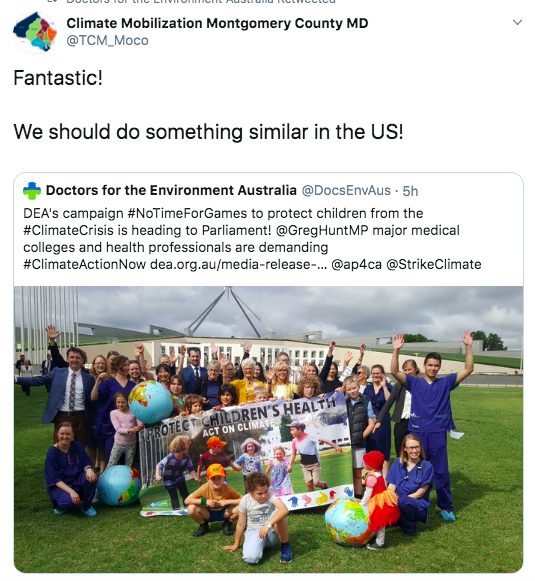 While Prime Minister Scott Morrison is not expected to front at the Summit, it represents an important opportunity for the health sector to engage more proactively in this space, both in Australia and globally, especially with the focus provided through the #CoveringClimateNow initiative.

This has been described as “one of the most ambitious efforts ever to organize the world’s media around a single coverage topic”.

It is an acknowledgement both of the magnitude of the climate crisis, as well as the generally terrible job that the media has done in covering this profoundly important issue.

The notion of “false balance” is often cited; the BBC has warned its staff against falling into this trap. But so many other factors are at play. Engaging with climate change means engaging with complexity. This is a real challenge to traditional media practices.

Traditional framing of climate change as an environmental issue has also constrained media coverage. For years, we should have been reporting it as a social, economic, health, justice, education, community, rights (and everything else) issue.

Media organisations should have had teams of climate reporters putting an unrelenting focus not only on the scale of the problem, but on the solutions and the accountability for those solutions – and also empowering communities to drive the transformative changes needed

The global crisis in public interest journalism has been another critical factor; at a time of profound disruption and contraction in journalism, our capacity for covering climate has been diminished.

As documented by the Australian Competition and Consumer Commission’s recent inquiry into digital platforms, from 2006 to 2016, the number of Australians in journalism-related occupations fell by 9 percent overall, and by 26 percent for traditional print journalists.

Data provided by media companies show number of journalists in traditional print media businesses fell by 20 percent from 2014 to 2018. This is at a time when Australia’s population and economy were growing strongly.

Climate policy failures also illustrate the pressing need for electoral reform and other measures to tackle the dangerous power of the fossil fuel industry and other vested interests. 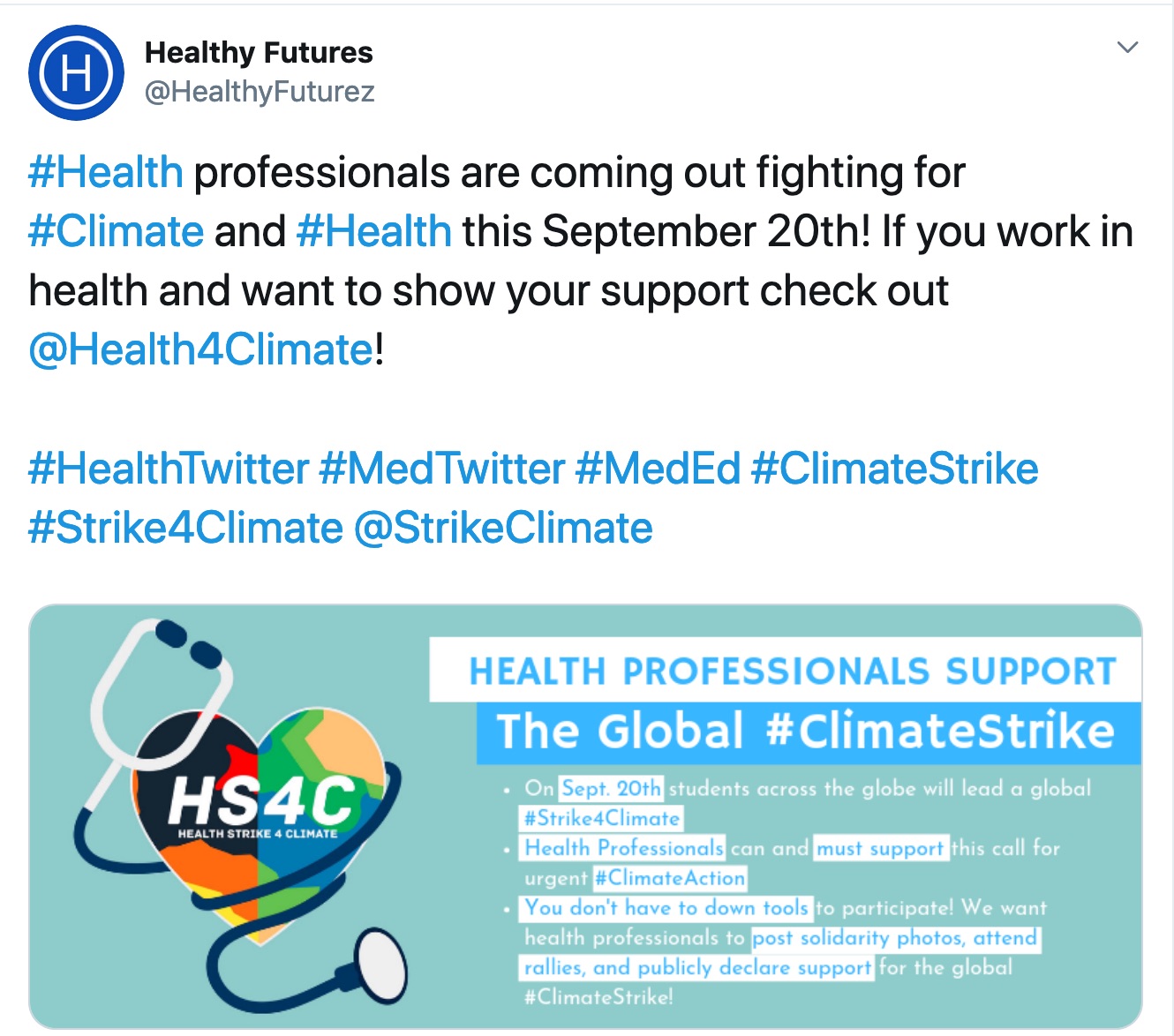 • The article above draws upon @WePublicHealth’s tweeting during the week of 9 September.

• If you value our coverage of climate and health, please consider supporting our Patreon fundraising campaign, so we can provide regular, in-depth coverage of the health impacts of climate change, taking a local, national and global approach. All funds raised will go to a dedicated fund to pay writers and editors to put a sustained focus on the health impacts of climate change. Please help us to produce stories that will inform the health sector, policy makers, communities, families and others about how best to respond to this public health crisis.