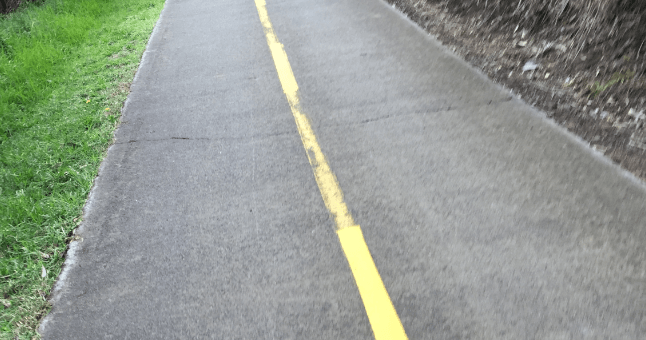 In the first of two articles for Croakey, the recently retired CEO  of the National Rural Health Alliance Gordon Gregory outlines his concern that the initial agenda for the new Assistant Minister for Rural Health Dr David Gillespie appears to be narrow and medically-dominated.

The second piece will describe some of the other critical issues that Gregory says should be on the Minister’s agenda.

You can see some of the tributes paid to Gregory for his long-standing work in rural health in this piece published previously at Croakey, and follow him on Twitter at @gnfg.

Updated: See at the bottom of the post too a response from the Department of Health on the status of the Chief Allied Health Officer.

The new Assistant Minister for Rural Health, David Gillespie, is a member of the National Party and has held the regional New South Wales seat of Lyne since 2013. So he knows about regional health services.

Dr Gillespie is a medical specialist (a gastroenterologist and consultant specialist physician) and grazier. Depending on how he uses them, those two things could either equip him well for his new job or be lifestyle contexts from which he must escape.

To win the confidence of health consumers and the majority of the health workforce, medical specialists need to continually demonstrate their understanding of, respect for and trust in other health professionals and in a teamwork approach to services.

And to be an inclusive and successful rural leader, a farmer must continually demonstrate that ‘rural’ means much more than ‘agricultural’.

Judging from what’s been heard around the traps, Dr Gillespie’s initial focus in his portfolio appears to be the Rural Generalist Pathway (a general practice training program) and action on the Coalition’s promise of a Rural Health Commissioner.

Both of these issues are important. But the first is not at all new, while, to be useful, the second needs to be well-resourced and empowered, like the National Mental Health Commission.

It would be a wasted opportunity if the rural health agenda was pared back to just these two elements.

The Rural Generalist Pathway – not just for doctors?

The Rural Generalist Pathway (RGP) has nothing but support from medical interests throughout Australia.  Development of the pathway, led by Denis Lennox and others, has been underway in Queensland since 2007. A description of its history, purpose and first evaluation was outlined at the 13th National Rural Health Conference in a paper by Tarun Sen Gupta, Dan Manahan, Lennox and others.

For those not familiar with it, the Rural Generalist Pathway is now “a fully-supported, incentive-based career pathway for junior doctors wishing to pursue a vocationally registered medical career in rural and remote areas in Australia”.

It was originally designed to reverse the withdrawal of services that had long been provided by ‘procedural GPs’ in rural Australia, including birthing, anaesthetics and emergency medicine, and the deskilling of rural hospitals that resulted. The idea was to have a cluster of procedural GPs who could work together to cover anaesthetics, obstetrics and emergency medicine through pooling their skills.

With an expanded scope of medical practice locally, this model of service would require nurses, allied health professionals and midwives, for example. However, those other professions seem to have been left behind somewhat in the wash of the medical entity the RGP has become.

The Australian College of Rural and Remote Medicine (ACRRM) is now the standard-bearer for rural generalism and information about the RGP in all jurisdictions is available at its website.

It’s an idea whose time came some while ago. So well-developed and accepted is it that the concept is internationally recognised in the Cairns Consensus 2014, endorsed by 23 national and international medical organisations.

One of the questions that needs to be asked by the Minister is how the principles and lessons from the RGP can be used for the benefit of other (rural and remote) health practitioners.

Role and scope of the Rural Health Commissioner

Which brings us to the role and operational scope of the promised Rural Health Commissioner.

Judging from Fiona Nash’s June 2016 media release about the matter, the prognosis is poor for a broad, multi-professional and patient-focused approach to the work of the Rural Health Commissioner. The announcement implied a very close relationship between the Commissioner’s work and the Rural Generalist Pathway. Here are the key excerpts:

Australia’s first ever Rural Health Commissioner will be appointed to lead the development of the pathway as well as act as a champion for rural health causes.

Minister Nash said the Rural Health Commissioner will work with the health sector and training providers to define what it is to be a Rural Generalist. Importantly the Commissioner will also develop options to ensure appropriate incentives and remuneration for Rural Generalists, recognising their extra skills and hours and giving them more incentive to practice in the bush.

Extra recognition and financial incentives for Rural Generalists will help attract more medical professionals to the bush and help keep the ones we already have.

As a first order of business, the National Rural Health Commissioner will be tasked with developing and defining the new National Rural Generalist Pathway and providing a report to Government which lays out a pathway to reform.

The Commissioner will work with rural, regional and remote communities, the health sector, universities, specialist training colleges and across all levels of Government to improve rural health policies and champion the cause of rural practice.

The Commissioner will also lead the development of the first ever National Rural Generalist Pathway, which will significantly improve access to highly skilled doctors in rural, regional and remote Australia.

The National Rural Health Commissioner will be a champion of rural health, working with Government and the health sector to enhance policy and promote the incredible and rewarding opportunities of a career in rural medicine, Minister Nash said.”

Even more important than this apparent narrow focus is the question of whether the appointed Commissioner will be a single person within the Department of Health or the head of a Commission – being an agency with resources, including staff, and political support and authority.

The difference between these two models can be powerfully illustrated by comparing and contrasting the work done through two offices which, coincidentally, have both been filled by the same individual, David Butt.

One is the Department of Health’s Chief Allied Health Officer, the other the CEO of the National Mental Health Commission.

When the position of Chief Allied Health Officer was announced by then Labor Health Minister Tanya Plibersek n March 2013 it was widely welcomed, in the belief that it would strengthen the role of allied health professionals in health, aged and disability care, lead allied health workforce initiatives, and facilitate better integration with medical and nursing services.

There is little evidence of such developments. Allied health is still the forgotten professional grouping in health policy matters, particularly at the national level.

Look to Mental Health Commission as a model

In contrast to the apparent lack of political support or clout given for a Chief Allied Health Officer is the significant contribution of the National Mental Health Commission (NMHC), led by its Commissioners and its CEO (also a Commissioner).

The NMHC was established on 1 January 2012 as an independent executive agency, originally reporting to the Prime Minister. It now reports to the Minister for Health. It has high-profile Chair (Professor Alan Fels), Commissioners and CEO, and a staff complement of 14 positions (though nine were not filled as at 30 June 2015).

In 2012, 2013 and 2014 the Commission produced annual National Report Cards on Mental Health and Suicide Prevention. It advises the Government on how Australia can promote mental wellbeing, and prevent and reduce the impact of mental ill-health. And it collaborates with other agencies to influence positive change.

In 2014 the Commission undertook a national review of mental health services and programs  across all levels of government and the private and non-government sectors. It received more than 2,000 submissions and consulted with individuals and organisations around Australia.

The report from the review, Contributing Lives, Thriving Communities, was released to the public on 16 Aril 2015. The Government’s response was released in November 2015.

Although some of the steam seems to have gone out of the endeavour, this is an important body of work – and it stands in stark contrast to achievements through the Chief Allied Health Officer.

And it is devoutly to be hoped that his view of rural health is not restricted to just the two matters discussed here.  There is so much more than needs to be urgently considered in rural and remote health and on which his leadership is sought.

Croakey asked the Department of Health for information about the current status and past work of the Chief Allied Health Officer. Here is its response: