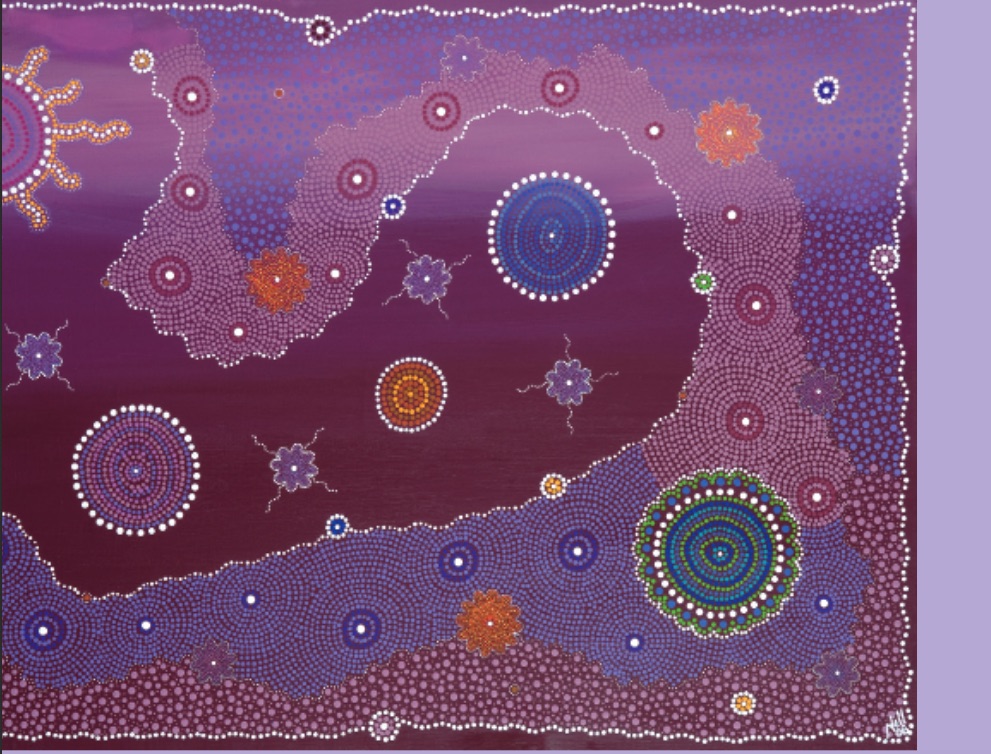 Image from the cover of 'Working Together: Aboriginal and Torres Strait Islander Mental Health and Wellbeing Principles and Practice', which details the importance of connection to culture and a strong identity for health and wellbeing.

Divisive public debates about Aboriginal identity are causing harm, according to Summer May Finlay, a Yorta Yorta woman, public health academic, and contributing editor at Croakey.

Aboriginal identity has hit the headlines again. Public debate about who is and is not Aboriginal is often a national pastime for non-Aboriginal people. This time, however, the debate has been reignited by an Aboriginal person.

And it’s raising some significant health concerns that merit discussion and investigation.

As has been widely reported, Aboriginal lawyer Josephine Cashman recently wrote to Home Affairs Minister Peter Dutton asking him to investigate Bruce Pascoe for fraud, alleging that the author of award-winning Dark Emu falsely claims to be Aboriginal.

Minister Dutton subsequently referred Pascoe to the Australian Federal Police for investigation, and news reports yesterday cited a letter from the AFP saying no Commonwealth offences had been identified and that they had closed the case.

Cashman also requested that an Aboriginal register be established to ensure that people cannot falsely claim to be Aboriginal.

Cashman also seems to support the confirmation of Aboriginality through DNA testing, a suggestion recently revived in the lead up to the NSW election by Mark Latham, a One Nation representative in the NSW Legislative Council.

Essentially, Cashman has opened a large can of worms for Aboriginal people. And while some support her calls, I do not.

I am a Yorta Yorta woman and grew up on Awabakal country (West Lake Macquarie, NSW). I have the privilege of being connected to my mob both in Lake Macquarie and nearby Newcastle and on Yorta Yorta country. My lineage is clear and indisputable. I know, however, that not all Aboriginal people have the privilege of such strong connections, due to no fault of their own.

I am disappointed, upset and angry that Cashman has used her privileged position to prosecute a cause publicly and politically. It has the potential to do little good and so much harm. If these issues are to be raised, it is a conversation that should be undertaken privately by Aboriginal people.

Firstly, a DNA test to confirm Aboriginality is absolutely not possible. An Aboriginal reference genome(s) has not been scientifically established, and there is no guarantee that there will be one.

The call for DNA testing is nothing but a divisive political tool used by the far-right, harking back to a time when the state controlled Aboriginal people during the time of the assimilation policy.

The assimilation policy aimed to destroy Aboriginal culture by integrating us into the broader Australian culture, which at the time was based on English values. This policy was multi-faceted and included the removal of children from their families as well as forcing people to deny their heritage and culture if they were to enjoy white privileges.

When children were removed, their skin colour determined their fate. Fair skinned children who could pass as white were placed with white families, never to know their Aboriginal culture. Remaining children were placed in group homes, trained for menial labour. Again, they were not allowed to maintain their connection to families and culture.

Adults were often forced to choose between their extended families and culture, and improved opportunities. For example, to be exempt from the NSW Aborigines Protection Act, under which the state controlled their lives, they were not allowed to speak in language, practise culture and associate with other Aboriginal people. They did what they felt was right for them and their families at the time.

The long-term impact today is that many of their descendants now have little to no connection to their Aboriginal community.

Additionally, Aboriginal people historically have experienced extreme racism and discrimination. Therefore, in the past, to protect themselves and their families, some people with fairer skin denied their Aboriginality. This has also meant that many of their ancestors have become disconnected from their mob.

All of this is well known in Aboriginal communities.

Cashman, of course, has her supporters, both Aboriginal and non-Aboriginal, including right-wing political commentator Andrew Bolt.

She posted several messages of support from Aboriginal people on her Twitter account, demonstrating that as a collective of Peoples, we have not even come close to addressing the legacy caused by the assimilation policy and racism.

By attacking Pascoe, Cashman is continuing the mission of the assimilation policy against those who are most vulnerable in our communities.

We, as a collective of diverse Peoples, have inherited issues caused by past government policies. These policies have significantly impacted people, due to no fault of their own, by denying them their culture.

This debate is hurting our communities; therefore, we as peoples are not healthy.

We know that there is a clear link between past policies and health and wellbeing. We know the links between stress and health.

The Stolen Generations and their families have suffered poorer health than other Aboriginal people.

It’s clear through epigenetics, that what happened to our mothers and grandmothers, affects us even before we are born, impacting health during childhood and beyond. And we know that a strong connection to culture has a positive impact on a person’s health and wellbeing.

I have watched the struggles of friends and colleagues, who know they are Aboriginal but know little about their lineage. They have struggled to understand their place in the world. They often feel a sense of loss, as if part of them is missing.

They worry that if they publicly identify as Aboriginal without having ALL the answers to questions thrown at them that they may be further ostracised.

Cashman has made their fears a reality. Her pursuit of Pascoe could be used as an excuse to go back to the bad old days of Aboriginal identify being controlled by the state.

The outcome for Pascoe is uncertain; however, what is certain is the damage this debate has caused Aboriginal people across the country.

Pascoe is not the only person whose identity Cashman has attacked.

Journalist Jack Latimore wrote an opinion piece on the issues raised by Cashman, “Bruce Pascoe’s identity is no business of the Commonwealth”.

In response, she questioned his Aboriginality in a tweet since deleted.

What we can learn from this sorry episode is that efforts to divide Aboriginal people and to undermine our sense of identity are damaging for people’s health and wellbeing. 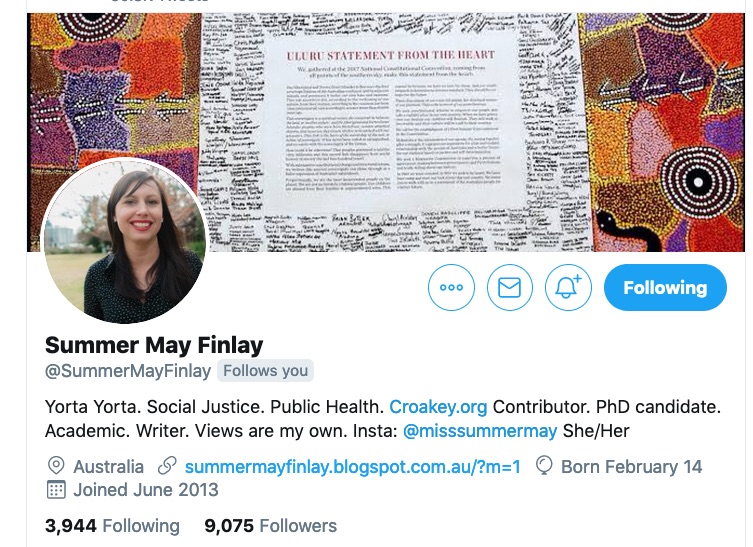 The book profiled in the feature image is freely available for download.

The cover artwork, Under The Milky Way is by Jonelle (Nellie) Green, a Badimaya woman from the Yamatji people of the Central Wheatbelt area of Western Australia. The description of the artwork says that spiritual and emotional wellbeing are at the heart of Indigenous cultures and that “We need to work towards protecting ourselves and each other”.