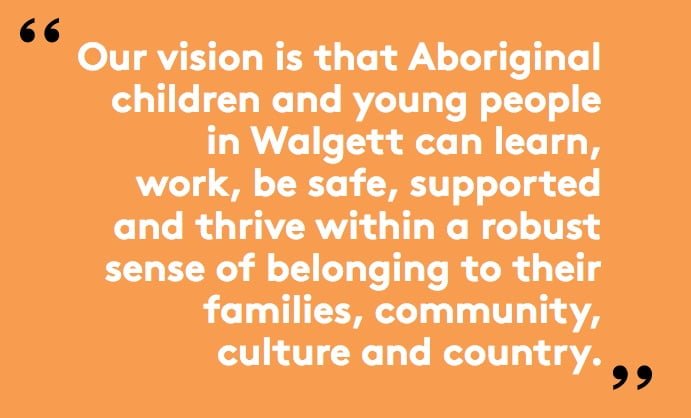 Quote from the new action plan

Action on the cultural and social determinants of health is a central element of the plan, as is tackling concerns about policing and justice systems, reports Dr Ruth McCausland, Director of Research and Evaluation, Yuwaya Ngarra-li.

In Walgett, a remote town in north-west NSW, the Dharriwaa Elders Group today launched an Action Plan for Children and Young People that responds to community concerns about worsening outcomes for Aboriginal children and young people, and their aspirations for long-term change.

The Dharriwaa Elders Group’s vision is that Aboriginal children and young people in Walgett can learn, work, be safe, supported and thrive within a robust sense of belonging to their families, community, culture and country.

The Action Plan seeks agreement from community and commitment from all service providers in Walgett to work together towards this vision. 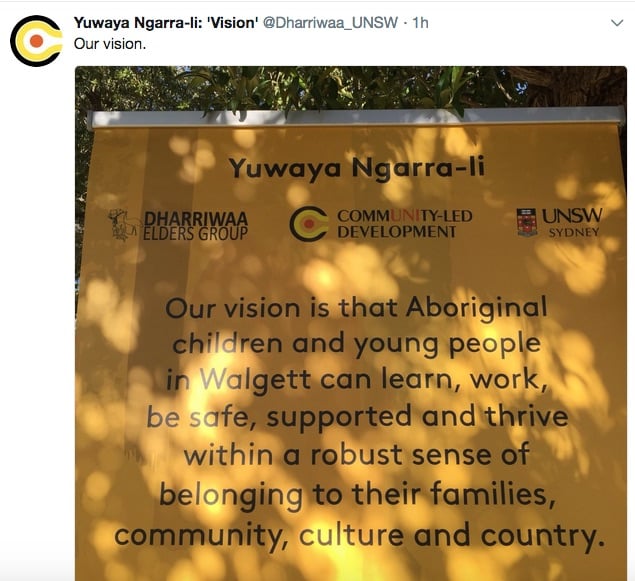 The Action Plan grew out of a Youth Justice Forum held in Walgett in March hosted by the Yuwaya Ngarra-li partnership between the Dharriwaa Elders Group and UNSW.

A partnership for “Well Walgett”

Yuwaya Ngarra-li’ means ‘Vision’ in the Yuwaalaraay/Gamilaraay languages. The partnership between the Dharriwaa Elders Group and UNSW grew out of research about the experience of Aboriginal people with mental health issues and cognitive disability in the criminal justice system that the Walgett Aboriginal Medical Service and Dharriwaa Elders Group were involved in between 2011 and 2015.

Our research found that due to systemic disadvantage and discrimination, many Aboriginal people become ‘managed’ by police, courts and prisons. It highlighted the dire lack of appropriate community-based services and support.

Based on that research, we recommended key principles and strategies to underpin policy reform and reduce the numbers of Aboriginal people in the criminal justice system, including that community-led knowledge, solutions and services should be properly supported and resourced.

But there is also a long history of Aboriginal political activism, resilience, advocacy and research in Walgett, and strong Aboriginal community-controlled organisations.

The purpose of Yuwaya Ngarra-li is for the Dharriwaa Elders Group and UNSW to work in partnership to improve the wellbeing, social, built and physical environment and life pathways of Aboriginal people in Walgett through collaborating on evidence-based programs, research projects and capacity building.

Data gathered by the Yuwaya Ngarra-li team shows that based on Census and Walgett Children’s Court data, in 2016:

The data indicates that young people are not being diverted from court even when it is their first proven court appearance.

This is particularly concerning for low level offences such as property damage, public order offences and offences against justice procedures (for example, breaching bail).

With youth justice issues identified as a key priority for the Dharriwaa Elders Group and the Walgett community, the Yuwaya Ngarra-li partnership hosted the forum on Wednesday 14th March 2018 in the Community Hub at Walgett high school. More than 70 people attended.

Virginia Robinson, Secretary of the Dharriwaa Elders Group, welcomed everyone to the forum. In talking about the importance of gathering for the forum, she said:

The system that is designed to protect young people is just not working. They come out of custody with a myriad of problems, some of them are irreparable.

The system that was set up to protect them only facilitates their entry into criminal justice. Hopefully today we can see things taking shape, and I hope I can contribute to that.”

Attendees at the forum were welcomed in language by school captains.

Young people, parents and carers, concerned community members and agency representatives discussed what is contributing to the high rates of young Aboriginal people ending up in the justice system.

• The poor relationship with and perceptions of police in Walgett amongst Aboriginal young people was seen as a significant problem.

• Parents, carers and other community members raised significant concerns about the poor educational outcomes for students at Walgett high school. The need for greater emphasis on literacy and numeracy and having culture more embedded and integrated into the schools was emphasised by many attendees.

• The lack of appropriate places and activities for young people in Walgett to go out of school hours was raised as a contributing factor to contact with the justice system, both in terms of boredom but also as young people are often in public spaces in town because there aren’t other safe spaces for them to go to, meaning those who are most vulnerable are often more likely to end up in contact with police.

• The need for more housing in Walgett was raised as an ongoing and critical need.

• Participants at the forum raised the lack of local employment opportunities for Aboriginal people in Walgett. The need for relevant training courses to be run locally that met the interests of young people and the needs of employers was emphasised.

Many ideas were raised at the Walgett Youth Justice Forum about what local, evidence-based strategies could work to address the problems identified, and to support children and young people in Walgett to thrive in their community.

These ideas were developed into an Action Plan for Children and Young People with draft goals and strategies. The Yuwaya Ngarra-li project team – Wendy Spencer and Vanessa Hickey from the Dharriwaa Elders Group, and Peta MacGillivray from UNSW – then worked with Aboriginal children and young people and other key stakeholders and agency representatives to refine the goals and strategies.

Goals of the Action Plan launched today are:

• Aboriginal organisations, government agencies, service providers, UNSW and other partners have made clear and funded commitments as part of a long-term plan agreed with the community to improve education, health, housing and employment outcomes for Aboriginal children and young people in Walgett.

• Less than 10 percent of Aboriginal children and young people aged 10-17 from Walgett are appearing in the Children’s Court (excluding appearances related to diversion).

• Visible progress in the engagement of children and young people in study and work including through improvements in school attendance and outcomes, and new work opportunities for Aboriginal young people.

The core strategies to achieve these goals are:

• Build relationships of respect and develop effective coordination and collaboration between relevant people and organisations within Walgett to enable us to achieve the goals of this Action Plan.

• Significantly improve Aboriginal children and young people’s education, training and employment participation and outcomes, including through increased access to relevant services and opportunities.

• Create effective options for diversion of children and young people from the criminal justice system.

• Reflect on our practices and processes, build evidence around our shared knowledge and outcomes, and plan the work that will be required to consolidate and improve on our impact. 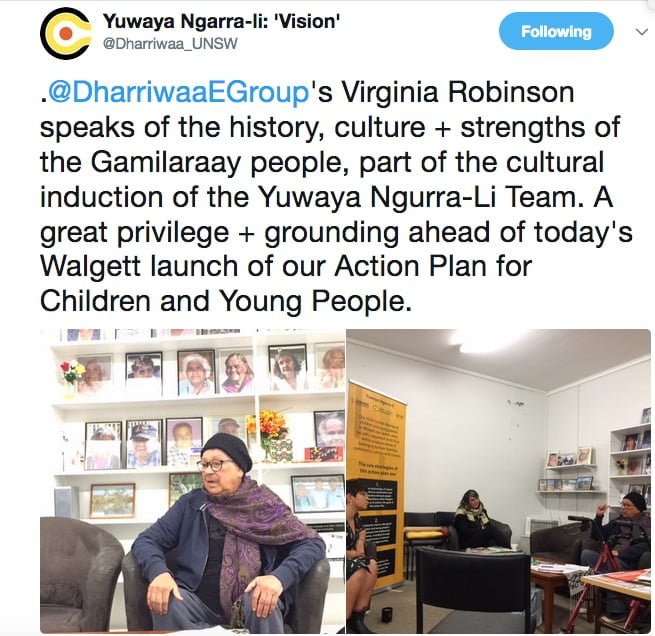 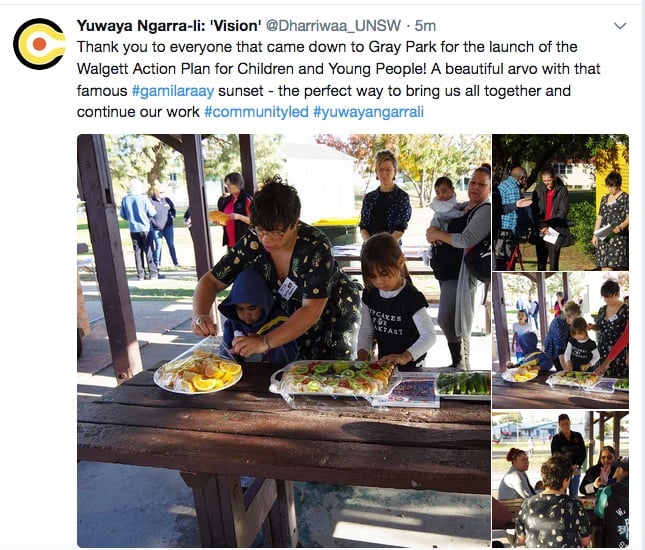 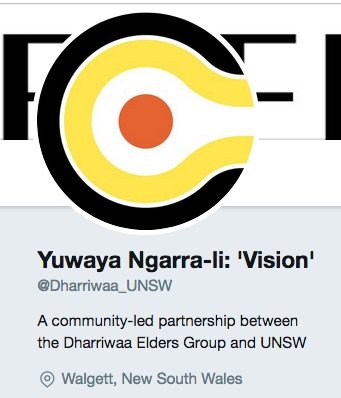