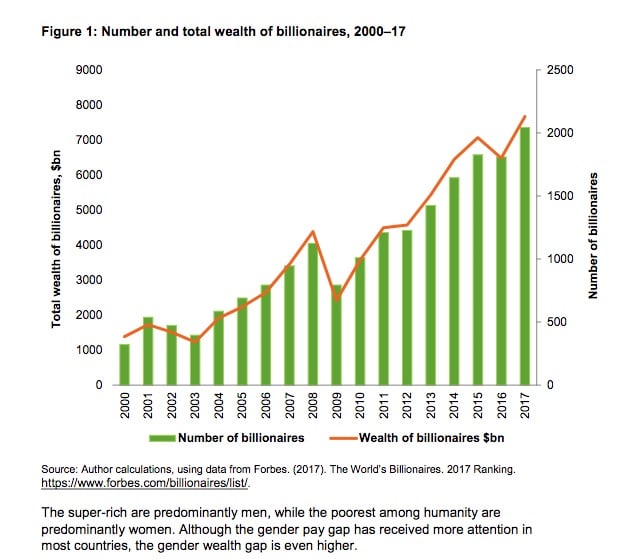 A new report from Oxfam is in the news, with the title, “Reward work, not wealth” and a tagline: “To end the inequality crisis, we must build an economy for ordinary working people, not the rich and powerful”.

Released ahead of the World Economic Forum in Davos, Switzerland, the report calls on governments, corporations and other groups to take strong measures to tackle inequality (as summarised beneath the article below) and says that “to end extreme poverty, we must also end extreme wealth”.

It says inheritance, monopoly and cronyism account for about two-thirds of billionaire wealth globally, and highlights the importance of investing in healthcare, education and social protection to reduce inequality. Far more can be done to use tax to redistribute the excessive returns currently enjoyed by the wealthy, it says.

Meanwhile, the Australian Government is pushing a welfare reform agenda that will worsen income and health inequities, according to the Australian National University’s Professor Sharon Friel, who in the article below offers a four-point plan for blocking the reforms.

Her analysis follows recent warnings by health and medical experts – including a senior member of the Royal Australasian College of Physicians (RACP) – that these “draconian” measures will have dire consequences for health, especially mental health.

What have the 80,000 people who are looking for work done to deserve such a brutal cull of income support payments proposed under compliance changes in the Welfare Reform Bill?

Over the next days and weeks we will hear debate about the government’s proposed changes in the Welfare Reform Bill.

This really matters for people’s health, and it will really matter for people lower down the social ladder. Not just the poorest of the poor but people with lower levels of education, people with disabilities, those living in housing stress, and many Indigenous Australians.

Peoples’ health and wellbeing are affected by three core things: basic material requisites for a decent life; control over our lives, and participation in the policy decisions that affect the conditions in which we are born, grow, live, work, age and die.

These three things are influenced by public policy and the way in which society chooses to run its affairs.

Income inequity – which will widen certainly as a result of these changes affecting welfare recipients – reduces trust, self-worth, sympathy and community within societies, which gives rise to feelings of social exclusion, insecurity and stress.

The health of these 80,000 people will also be affected through the loss of control over their lives that they will experience – this is a recognised stressor; for example, increasing their risk of coronary heart disease by 50 percent.

Analysis by Stuckler shows that social spending saves lives and austerity kills. Following the global financial crisis in 2007/8, Greece axed pensions, healthcare insurance and health programs such as the needle-exchange programs. In the following year, HIV infections increased by 52 percent between January and May 2011.

In contrast, Iceland’s total debt stood at >800 percent of GDP. What did the government do? They provided support for the poor (social welfare increased and there was no loss of healthcare apart from dental care). Health measures increased and the economic growth rate recovered by 12 percentage points.

Reducing social and health inequities requires a long-term view, political will at the highest level, and support by an empowered public sector based on principles of fairness!

The welfare reforms and their focus on austerity and blatant disregard for people who are already doing it tough suggest that we have a long way to go in Australian society and politics if we are to create the conditions that support all people to achieve their potential.

Is Australia a country built on the principles of a fair go? This Welfare Reform Bill suggests that it is most certainly not.

Now is the time for organising, and organising around a goal, a society that we want.

Imagine a time when we have macroeconomic policies designed to improve the lot of everyone – economic growth becomes a means to an end rather than the end itself. Conditions of life – education, employment, housing, health care, disability care, aged care – that support, nurture and enable everyone to flourish, regardless of their postcode, sex, ability or colour.

Pursuit of such a vision requires changing the status quo. It requires challenging issues of power and redressing the inequities in money and resources and in people’s daily living conditions. This is not straightforward given that some people and institutions benefit from the status quo.

But the current shifting political sands provide an opportunity to harness the despair and also desire and hope for a different society.

Harnessing political consciousness around a shared vision is important and can lead to transformative change – people like Martin Luther King and Nelson Mandela showed how a clear collective vision and collective hope can lead to emancipation.

Lessons from history tell us that four factors are important in enabling the weak to create structural change of the sort that is needed to squash this Welfare Reform Bill:

Rebalancing the existing inequities in Australian society and achieving positive outcomes depends on networked combinations of different approaches, rather than grabbing at one lever of influence.

Things can and do change – but it requires a shared vision, a willingness to use different networks of hope, courageous leadership, and, frankly, political struggle. 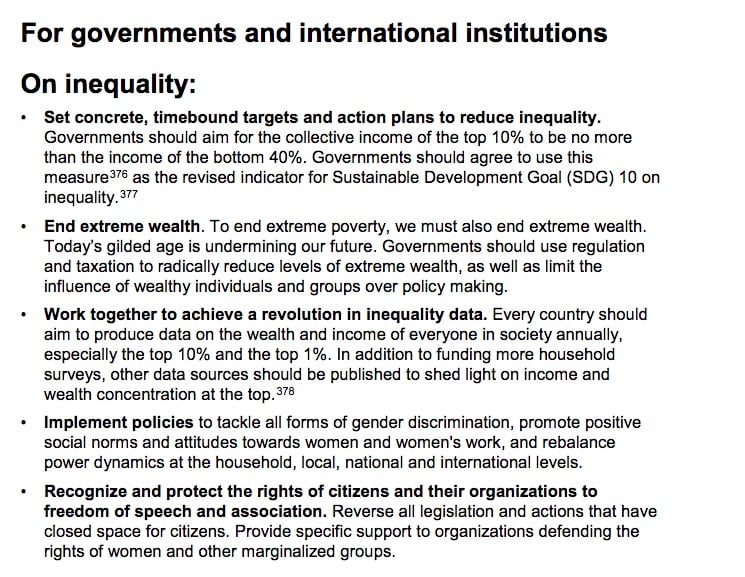 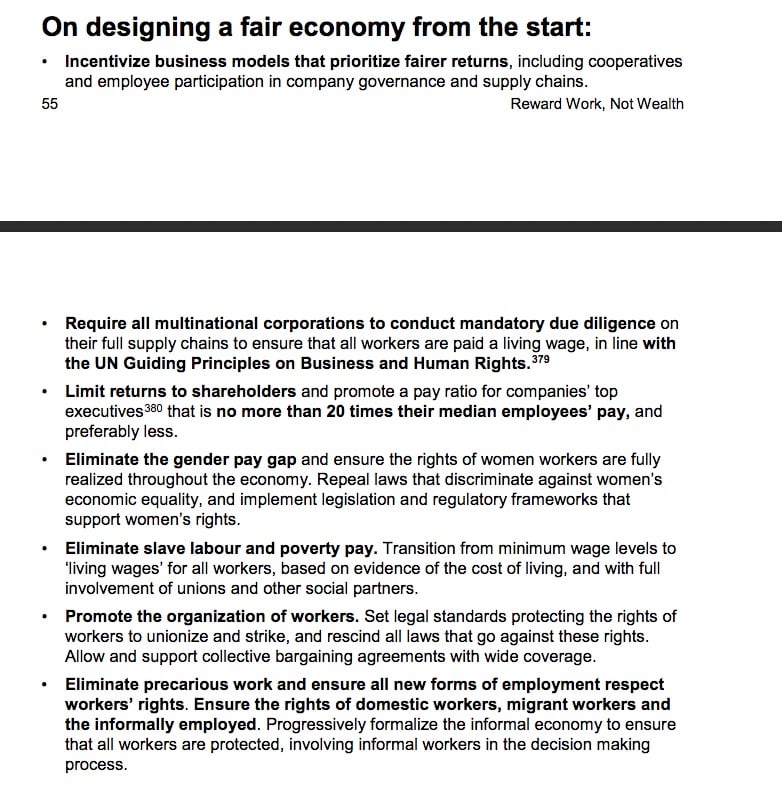 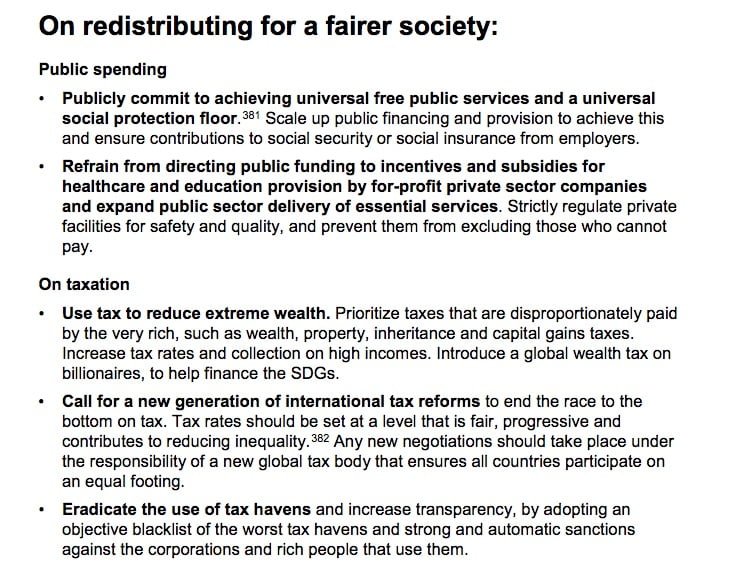 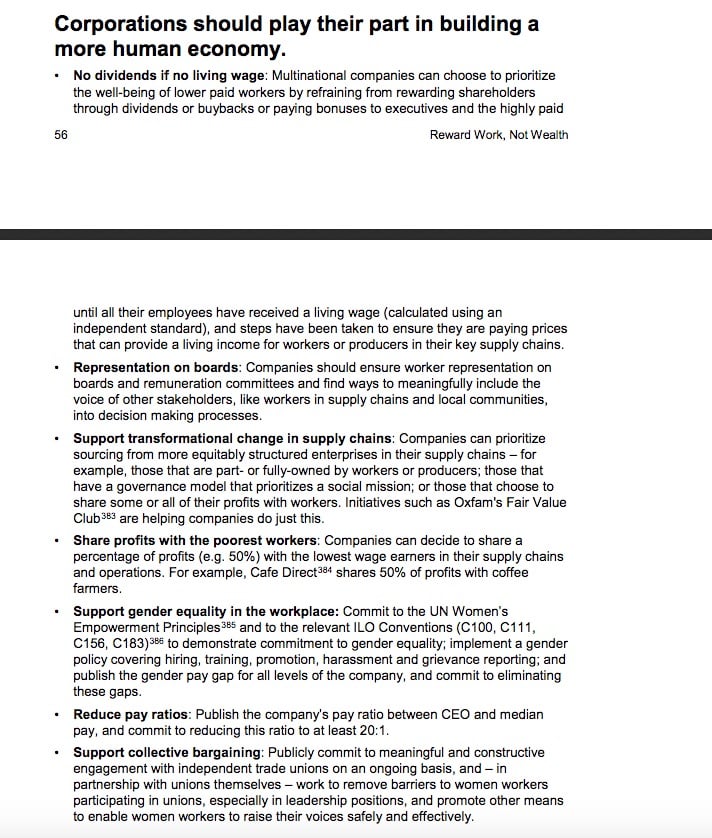