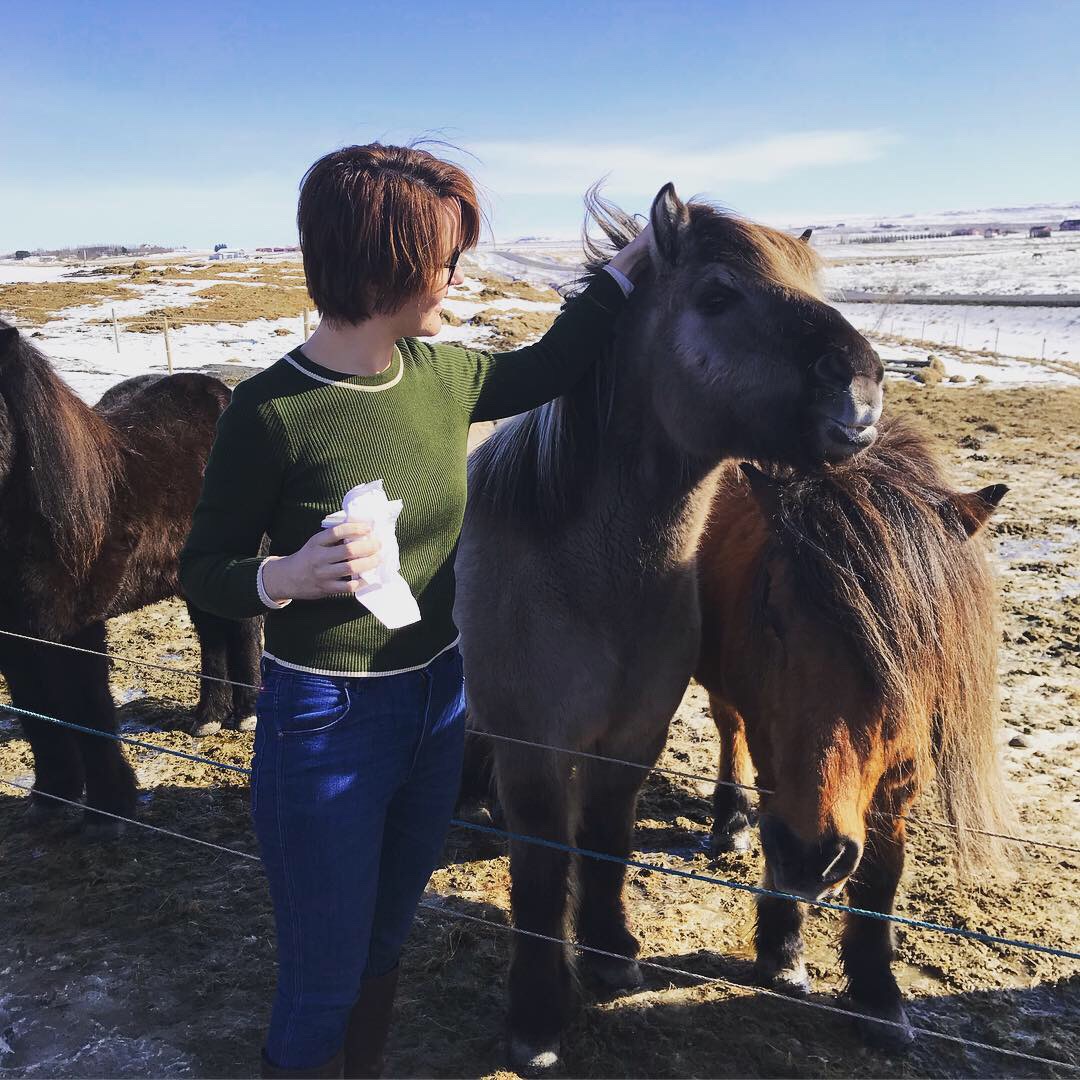 Introduction by Croakey: Evidence-based medicine is one of the central tenets of modern healthcare, but when it comes to managing chronic pain, homogenising one-size-fits approaches may be too blunt an instrument.

In this piece for Croakey, public health academic Megan Weier shares her personal journey with chronic pain, exploring how the ‘gold standard’ — while proven to work — is out of reach for many, while treatments that do work are subject to the shifting sands of policy.

I am turning 30 this year, and I have been managing chronic pain since I was 17.

This is something that I’ll need to continue to manage for the rest of my life, so I feel like I have the right to say this:

We need better ways of talking about how poorly chronic pain is currently being managed, especially when we look at who is being left behind in receiving adequate care.

I often feel like I exist in two somewhat contradictory worlds when I navigate my health and the wider health system.

Firstly, I live with chronic pain caused by a degenerative spinal disc and arthritic vertebrae. I had a laminectomy and discectomy (a surgical procedure to slice away part of my vertebrae as well as some of the dead disc that was pressing on my sciatic nerve) the week before I turned 18.

I know that it takes a whole toolbox of resources to be able to be able to manage the day-to-day niggles and aches, as well as strategies for more serious flare-ups. And I want to be able to get the best care, that is tailored for me, as easily as possible.

As an academic who has done work in the public health and clinical efficacy space, I also know that those who make decisions about what constitutes best practice in the management of chronic pain genuinely do have what is considered the highest quality evidence on their side.

I just don’t happen to agree with a lot of it.

This is because, generally, health policy is aimed at addressing the issues of ‘the public’ (your average Joanna or Joe), an approach that isn’t sufficient for recognising the unique circumstances and day-to-day variations that go along with having a chronic illness.

Health policy also rarely, if ever, considers the role of gender, race, socioeconomic class and other potentially stigmatising factors – such as sexuality, gender identity, overweight or obesity, or injecting or illicit drug dependence – and how these impact who is seen as ‘deserving’ of, and receives, treatment.

A couple of cases in point: I stress out and experience anxiety whenever there are discussions about changing access to various medications that I use.

One recent example was the rescheduling of codeine, with products such as Panadeine and Nurofen Plus no longer available to buy over the counter in pharmacies, and instead restricted to prescription use.

According to the Therapeutic Goods Administration, the rationale for  ‘upscheduling’ codeine products had several elements:

In the lead-up to the February 2018 enforcement of the reschedule many people who used codeine – myself included – experienced a lot of stress.

For me, Panadeine was part of the tool kit that I could draw on when having a flare up, including for the drowsiness-inducing side effects that would help me to sleep.  It was also something that I used for migraines and faint-inducing period pains, because it worked for me.

Panadeine was also easy to access – I could stop by my local pharmacy and spend about $7 a month on a generic codeine/paracetamol combination. 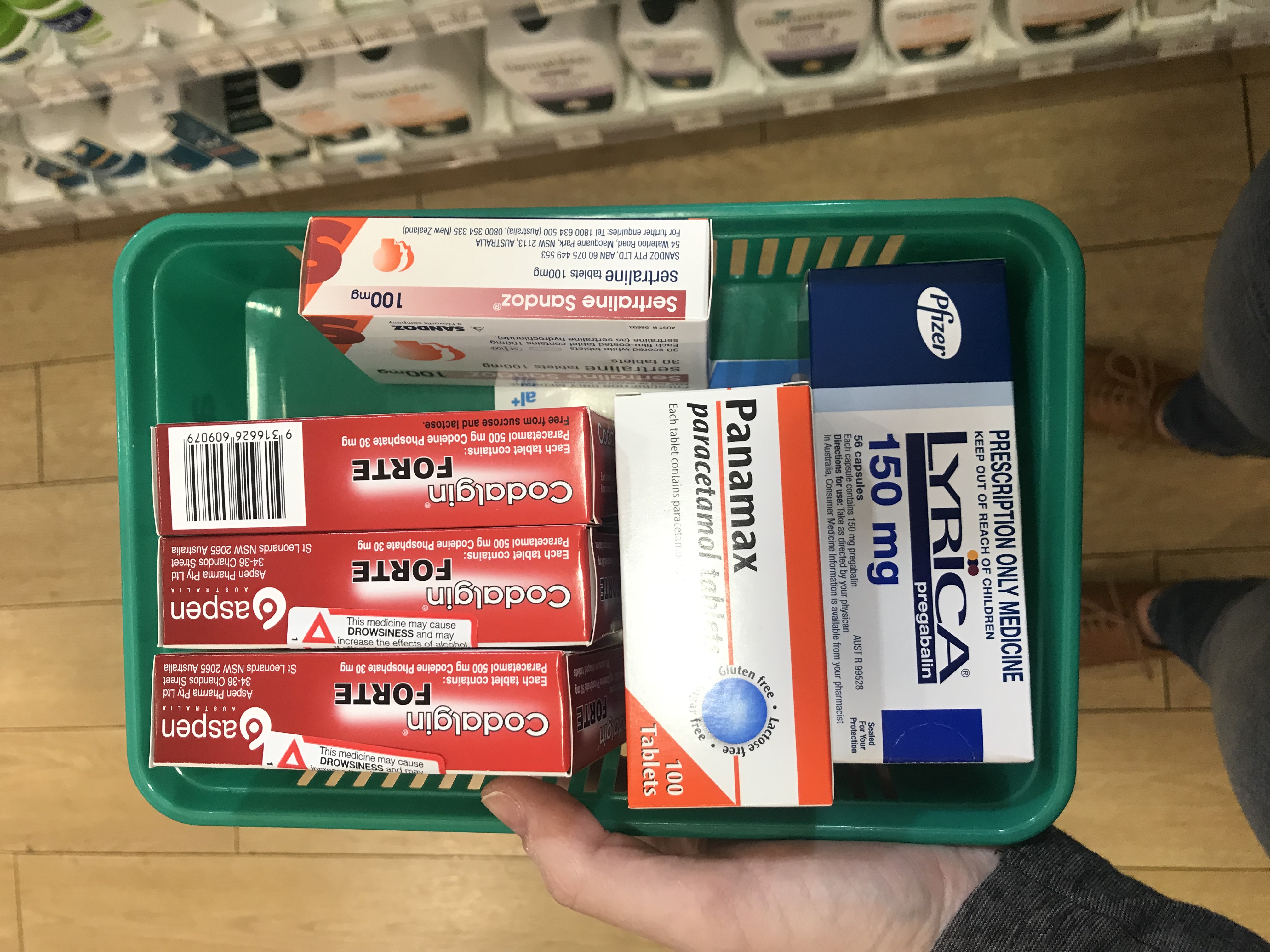 I was fortunate in that while I may be ‘dependent’ on codeine to help manage my pain, I never escalated my use beyond daily recommended doses, or felt like I needed greater amounts to experience the same level of relief.

Right before codeine became prescription-only, I went to my GP. I had a list of reasons justifying why I needed a codeine prescription; what I would do to ensure that I was using it responsibly. I had filled out a diary from the previous two weeks where I recorded any time I used codeine and how it related to my self-rated pain levels on that day.

The doctor wrote a prescription for twelve months’ worth of Panadeine Forte – double the strength of what I had been buying from the pharmacy – no justification required.

The fact that I am a highly educated, upper-middle class white woman, with a background in drug and alcohol policy probably made writing that script easier. But I think it is also an indicator of a health system that currently doesn’t have the necessary infrastructure in place to help manage pain beyond medication.

When similar concerns were first raised about Lyrica at the end of 2018, I again started to stress that another medication I have been using long-term as part of my management plan would be taken away.

So I definitely don’t think that codeine should be advocated as the only solution to treating chronic pain, but by touting studies that ‘show’ codeine isn’t effective at treating pain, it only serves to tell the user that they don’t know their own bodies and what works for them.

When ‘gold standard’ is out of reach

I do acknowledge that there are ways in which both codeine and Lyrica are probably being misused.

There is likely irresponsible prescribing, as well as medication-sharing occurring, while some engage in ‘doctor shopping’ to get multiple prescriptions of strong opioid medications.

However, a central issue with the change in access to codeine was that there was little put in place to support people who had been using codeine regularly to manage chronic pain.

There was no increased access to pain management programs; it was taken for granted that anyone could access a doctor or nurse practitioner who would be willing to write a codeine prescription if they needed it.

Multi-disciplinary pain management programs usually involve some combination of exercise physiology, physiotherapy, psychology, occupational therapy, and even dietetics, along with a doctor who specialises in pain management and medicine.

These kinds of programs are considered the ‘gold standard’ of treatment for chronic pain – but they also have long wait-list times, are primarily offered in major cities, may incur a cost for the patient, and can require multiple days taken away from work or study in order to attend.

One size does not fit all

The techniques I learnt attending one of these programs were effective for me personally. I still see an exercise physiologist, and do my forty minutes of stretches each night.

I also had the advantage of being able to take a series of MRIs, CT scans and X-Rays with me to each specialist, and have something I could point at that legitimised my source of pain. Not everyone can do this.

Despite the effectiveness of the program, I still need medication to be part of my toolbox, and the idea that this access can be taken away because it has been determined that it is ‘not effective’ is incredibly stressful.

Many determinations of whether a medication ‘works’ or not prioritise reviews that combine thousands of participants in highly controlled and condition-specific trials.

This is important in assessing whether a medication is safe to use, but I think introduces far too much generalisability to be able to confidently state that a medication will or will not work for an individual patient.

So much of pain management can be hit and miss, and requires a lot of self-advocacy on the part of the patient.

For some people, the first hurdle is actually getting your pain believed – that it’s not just ‘in your head’, or due to hypochondria.

The second is being able to identify what it is that you, as the patient, want out of treatment.

GPs and specialists are seen as the experts in health management, meaning it can be difficult for patients to speak up and ask for particular courses of therapy or scans if they’re not being suggested.

Studies have shown that women are less likely to be believed when they report pain, and are more likely to be misdiagnosed for coronary heart disease and heart attacks.

Access to the right health care can be dependent on both race and socioeconomic status. Even fundamental factors such as being of non-English speaking background and not having access to a translator could mean that pain is misunderstood or misdiagnosed, sometimes with fatal results.

I am probably a very easy person to prescribe for – I’m the ‘good’ patient.

I was fortunate to be able to attend a five-week pain management rehabilitation course in 2015. It was at a private hospital close to where I lived at the time, I was able to take the time away from work, and my private health insurance covered the cost.

What if I lived in a regional area? Or couldn’t afford private health insurance? If I was brown instead of white, or didn’t know the lingo to be able to navigate and understand the health system?

We need to more closely examine how we talk about pain management, and who is currently being left out of the conversation.

“Chronic pain can reduce a person’s ability to work, disturb sleep and cause fatigue, and have a detrimental impact on relationships,” — A/Prof Malcolm Hogg, Head of Pain Services at Melbourne Health and Painaustralia Director.https://t.co/MyJy43zn1Z#painmanagement pic.twitter.com/sWpNAaxYB5

Chronic pain is estimated to be experienced by one in five Australians, but it disproportionately affects people who are of lower socioeconomic status, levels of education, or are from non-English speaking backgrounds.

And yet their voices are often the ones that are not heard in this conversation.

We need approaches to pain management that consider the role of culture, ethnicity, gender, and socioeconomic position in determining what kinds of treatment patients need. These treatments need to be not just accessible, but appropriate and sensitive to individual patient needs.

Chronic pain is more than just having a strained back from playing tennis. Organisations such as Pain Australia do a really great job of advocating for better health policy that includes discussions of chronic and long-term pain management.

And while these organisations recognise that there is currently not enough support for the management of chronic pain in general, patient advocate organisations, health care providers, and policymakers also need to listen to and learn from marginalised communities that are not receiving adequate care.

Megan Weier is a Research Fellow at the Centre for Social Impact.

She has a background in psychology and drug and alcohol policy, and now focuses on research that aims to improve decision making, with a passion for amplifying the voices of marginalised populations.