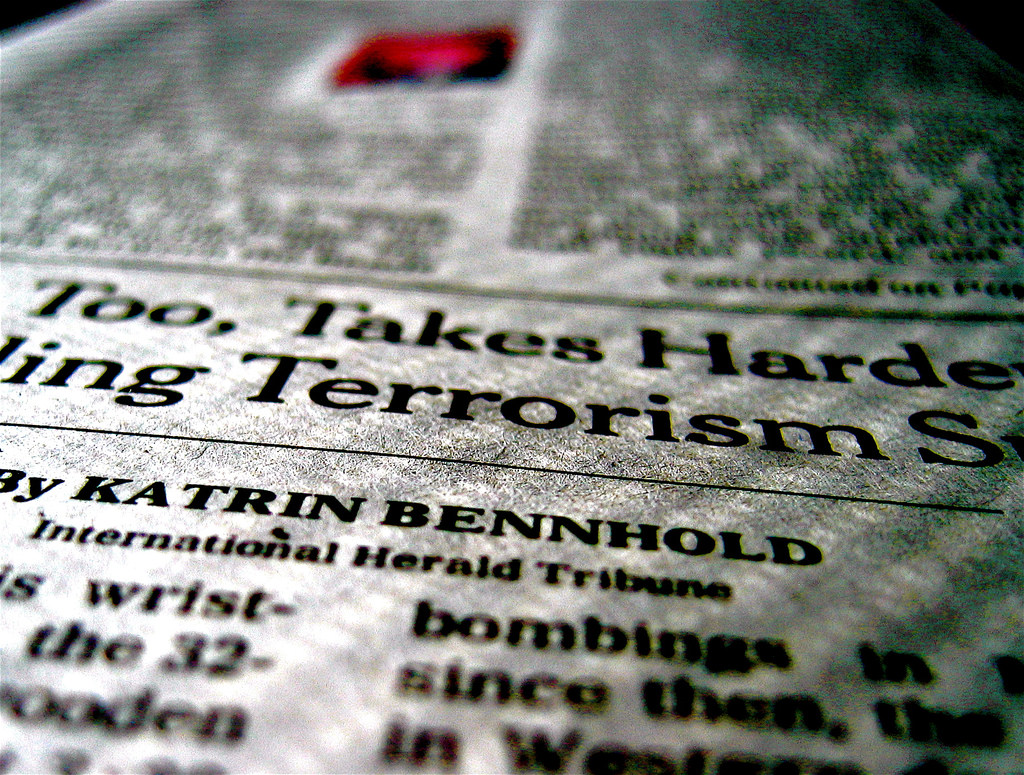 Extremist attacks and the Western lens

Suicide bombings in Lahore, Pakistan and the Belgian capital came little more than a week apart, but the Western media response could not have been more stark.

Last week’s attacks in Brussels garnered days of wall-to-wall coverage, despite having half as many victims as the weekend’s Easter explosions in Pakistan, which the press has given much more muted treatment.

Traffic is similarly one-sided when it comes to bombings by Coalition forces and the collateral slaughter of civilians, writes The Intercept’s Glenn Greenwald of the West’s “self-flattering, tribalistic cartoon narrative”.

It’s a phenomenon quite aptly captured in this image, which has been circulating online: 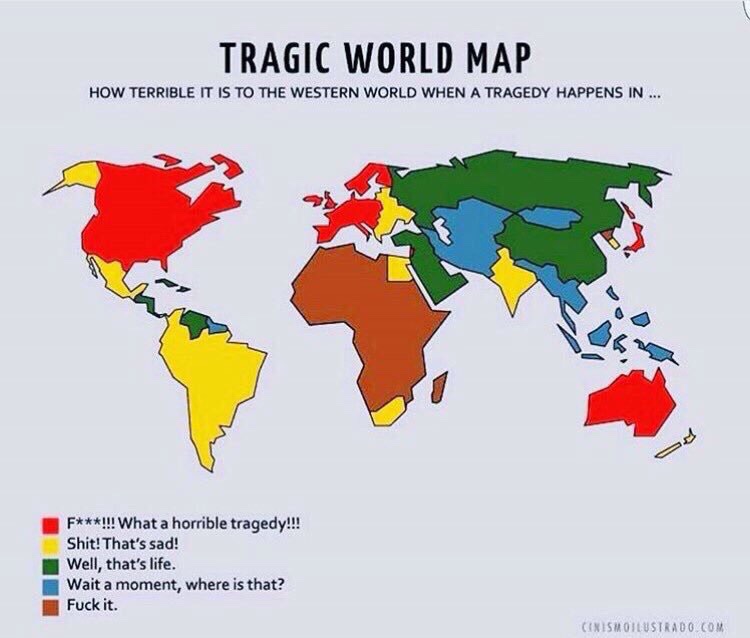 In a new piece, originally published over at his blog Pearls and Irritations, and reproduced with permission here, former civil servant and diplomat John Menadue takes aim at what he calls the ‘white man’s media’.

On 26 March I provided a link to an article by Simon Jenkins in The Guardian, who commented:

‘The atrocities in Brussels happen almost daily in the streets of Baghdad, Aleppo and Damascus. .. A dead Muslim is an unlucky mutt in the wrong place at the wrong time. A dead European is front page news.’

We have again seen this distortion of the news being played out in the bombings in Lahore. Over 70 people were killed, including many children.

A week earlier, 33 died in a terrorist attack in Brussels. Just contrast the media coverage, the response by politicians and the prayers offered by religious leaders over Easter.

This pattern of biased coverage is a regular event. Just recall the Boston marathon several years ago when we had an avalanche of media coverage over three deaths.

Why is it that people in the West are more valuable or newsworthy than people elsewhere. Could racism be a part? I expect it is.

A major factor of course is our ‘white man’s’ media that focuses its resources and its interests on North America and Europe.

As a country in Asia, when will we break out of our fixation with the Anglosphere? As I have mentioned many times, a person from Mars reading, listening to or viewing our media would assume that Australia is an island parked off New York or London.

Consider also the deluge of coverage we now have of Donald Trump and the US primary elections. We haven’t even got to the Presidential election which is six months away. It is all about easy, lazy and under-resourced journalism. And the problem is going to get worse in our mainstream media. I had hoped that the ABC would counter the declining coverage of our region, but it is now headed in the opposite direction – curtailing its staff resources in Asia and the Pacific.

In all this coverage of the US primary elections, has anything newsworthy been happening in Japan, China and Indonesia? Apparently not.

The Global Terrorism Index 2015 has analysed results and trends in terrorism in recent years.  The GTI index highlights amongst other things the North Atlantic bias in our media coverage.

The facts are clear, just 2.6% of deaths from terrorism, including September 11, occurred in the West.

Our media gives a very different account. Our coverage is overwhelmingly about terrorist activity in the West which is very small compared with the tragedy being inflicted on many non-Western countries.

We are being badly served by our white man’s media.

In the private sector, John has been general manager of News Limited Sydney, CEO of Qantas and a director of Telstra.