Finding the opportunities – Bob Wells on the Budget

Robert Wells, Deputy Chief Executive Officer of the Sax Institute, acknowledges the many negatives in last night’s Budget but also identifies some opportunities it provides, in particular in the areas of research and primary care. He also reminds State Premiers that they may have walked away from the ‘best offer the Commonwealth ever made’ on hospitals.  He writes: 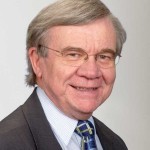 There was little in the health budget that was unexpected, except of course the announcement of plans to create the world’s biggest medical research endowment. Unfortunately the road to that heaven is paved with funding forgone for health prevention, affordable access to all for primary health care services and the integrity of agreements negotiated between the Commonwealth and the states.

The informed analysis of the health budget is almost universally negative and there is little point in reciting that litany here. So what are the opportunities that the 2014 Budget measures afford?

There is certainly scope for positive gain arising from the decisions around primary health care organisations (PHOs). These decisions are based on recommendations made by Professor John Horvath, a former Commonwealth Chief Medical Officer, following a fairly extensive review. The important thing is that the strengthening of PHOs will reinforce the role of primary care in population health. Opening up the running of PHOs to a broader range of providers, including possibly private insurers and other private managers, is a high-risk move. But with proper focus by government on what it wants PHOs to achieve, the actual outcome might be positive in the long run. This measure certainly shows promise.

A welcome development is the continuation of the National Collaborative Research Infrastructure Strategy (NCRIS) for a further year to the tune of $150 million. NCRIS funds the operation and maintenance of national research infrastructure and it was established to support collaboration between the research sector, industry and government. It funds a range of projects, including the Australian Synchrotron, and in the health sphere it bankrolls ways to promote greater use of linked health data. Better use of Big Data to understand the health system should identify where the gaps are, what works and what doesn’t, and provide opportunities to improve service delivery to patients.

The extra year’s funding in the Budget buys the Government time to address the National Commission of Audit’s recommendation to reassess existing research infrastructure projects.

The Commission made particular mention of the importance of data linkage, saying there was untapped potential to use anonymised data and new data analytic techniques to improve the efficiency and effectiveness of government. It recommended a rapid improvement in the use of data in policy development and service delivery, while recognising the need to safeguard privacy. So an extra year’s breathing space for NCRIS will hopefully enable the Government to consider these issues in a strategic way.

The heavy investment in research itself, through the Medical Research Future Fund, if properly directed should also provide a stronger evidence base for developing health policies and service arrangements more equitably, effectively and efficiently. Of course it is not clear whether the research endowment is in fact another way of supporting that sector to much the same level as we do now. That is, whether the $1 billion touted to be available from the endowment annually in the coming decade will in fact be additional to, or a replacement for, the $800 million that is budgeted annually now for that research.

The Treasurer’s reference to medical research providing the ‘cures of the future’ is laudable, but what about the role of prevention in cures for the future?

The abolition and amalgamations of the plethora of focused agencies created following the Rudd/Gillard reforms makes managerial sense and will save some back office duplications and overlaps. However, the urgency behind creating these agencies in the first place has not gone and it is to be hoped that the focus they provided on areas such as preventive health will not be lost.