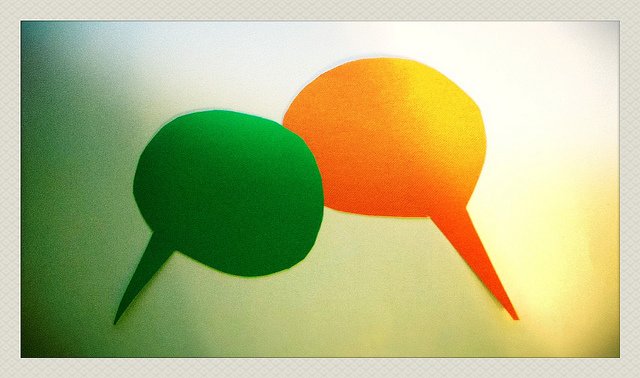 Five conversations we need to have about suicide prevention

Mental health and suicide prevention were front and centre during the recent election campaign, with both major parties announcing specific initiatives – the Coalition’s to the tune of $192 million.

The National Suicide Prevention Conference, which started today in Canberra, is thus well-timed: a fact that has not escaped its organisers, Suicide Prevention Australia, who have written to the Prime Minister to flag their readiness work with government to implement the suicide prevention election commitments.

One of the benefits of attending conferences is the opportunity they provide for conversations – swapping ideas with with colleagues, leaders, stakeholders and others. The post below from Jaelea Skehan, (which you can find in its original location at Linkedin) flags some important areas which will hopefully be up for discussion this week, including the need to take care of the broader social determinants of health, so that we can all aspire to meaningful and fulfilling lives.

Today the national suicide prevention conference is underway in Canberra.

The conference will include researchers, policy makers, clinicians, politicians, commissioners, leaders from Aboriginal and Torres Strait Islander backgrounds, people representing and working within the LGBTI community, workplaces, technology providers, media, and a very large contingent of people with lived experience of suicide who are changing the conversation.

In a climate where we are still waiting for the Government to action mental health and suicide prevention reform, people from all around Australia (and overseas) will come together to talk about what we need to do next in suicide prevention.

Here are five conversations I hope we have about suicide prevention over the next three days.

We need to better link research and practice and take action now.

While further research is important, we have good evidence for a range of strategies that work in suicide prevention. What we need to do is better connect the research to our practice, and ensure that research and development is built into every funded strategy or program. Our suicide prevention efforts also need to be coordinated at a regional level so it is relevant to local communities.  It is not good enough to have a program that works operating in one location in Australia; it must exist in every region that needs it. While the move to funding Primary Health Networks to plan and purchase services in their region is a step in the right direction, I fear that the speed at which the PHNs are being asked to work means there is little space for doing things differently or better.

We need to bring the health services back into the suicide prevention space.

For the past decade or more there has been a tendency to plan suicide prevention and prioritise action through the not-for-profit sector. While this has had some benefits, it often excludes or isolates the core front-line services people access when they need support.  We need to get the balance right to ensure our efforts to raise awareness of suicide and build community capacity is backed-up by a modern, flexible, effective and available service system. If we want to turn around our national suicide rates, we must make this a priority immediately with a focus on linking community and service system approaches.

We urgently need a workforce development plan for suicide prevention that acknowledges the diverse sectors involved.

It is generally understood that to make a difference in suicide prevention we need to engage health services, schools, workplaces, the media, governments, families and communities all playing their part. But to play that part, we need to invest in good workforce development so all of these sectors have the knowledge and skills to contribute. Yet, to date there is no nationally approved core competency framework for suicide prevention, no national workforce development plan, and a general trend towards offering narrowly focussed training in a scattergun approach, that is often not fit for purpose.

We need to focus on suicide prevention across the lifespan.

Older people, particularly men overs 65 years, have had the highest rate of suicide in Australia for more than two decades. Yet, suicide prevention for older people rarely gets a mention, and rarely gets a dollar in comparison with other age groups. We consistently roll out the statistic that suicide is the leading cause of death for people under 45 years of age.  What we fail to communicate, however, is that the highest rates of suicide in this country are men over 65 years, followed by men in their 30s, 40s and 50s. Suicide is an important issue across the lifespan and we need to reflect that in our collective work. Young lives matter. Older lives matter. All lives matter.

We need to acknowledge that until we address many of the underlying problems such as social disadvantage, family violence, childhood trauma, discrimination and racism, that we will be ineffective.

Everyone who cares about health, wellbeing and suicide prevention should care deeply about these issues and not stay silent about things that matter. An effective national strategy must think broadly about tackling the factors that may increase or decrease risk in individuals and communities. We must have a vision that includes less people getting to the point where they feel life is not worth living, not just investing in crisis and support services.

Conferences are a great time to reflect on current practice, learn from others and connect with new partners across diverse sectors. But the test of how effective these events are will be measured in the changes we enact together over the coming year.

*Jaelea Skehan is the Director of the Hunter Institute of Mental Health. Follow updates from Jaelea and her team – @jaeleaskehan @HInstMH @MindframeMedia