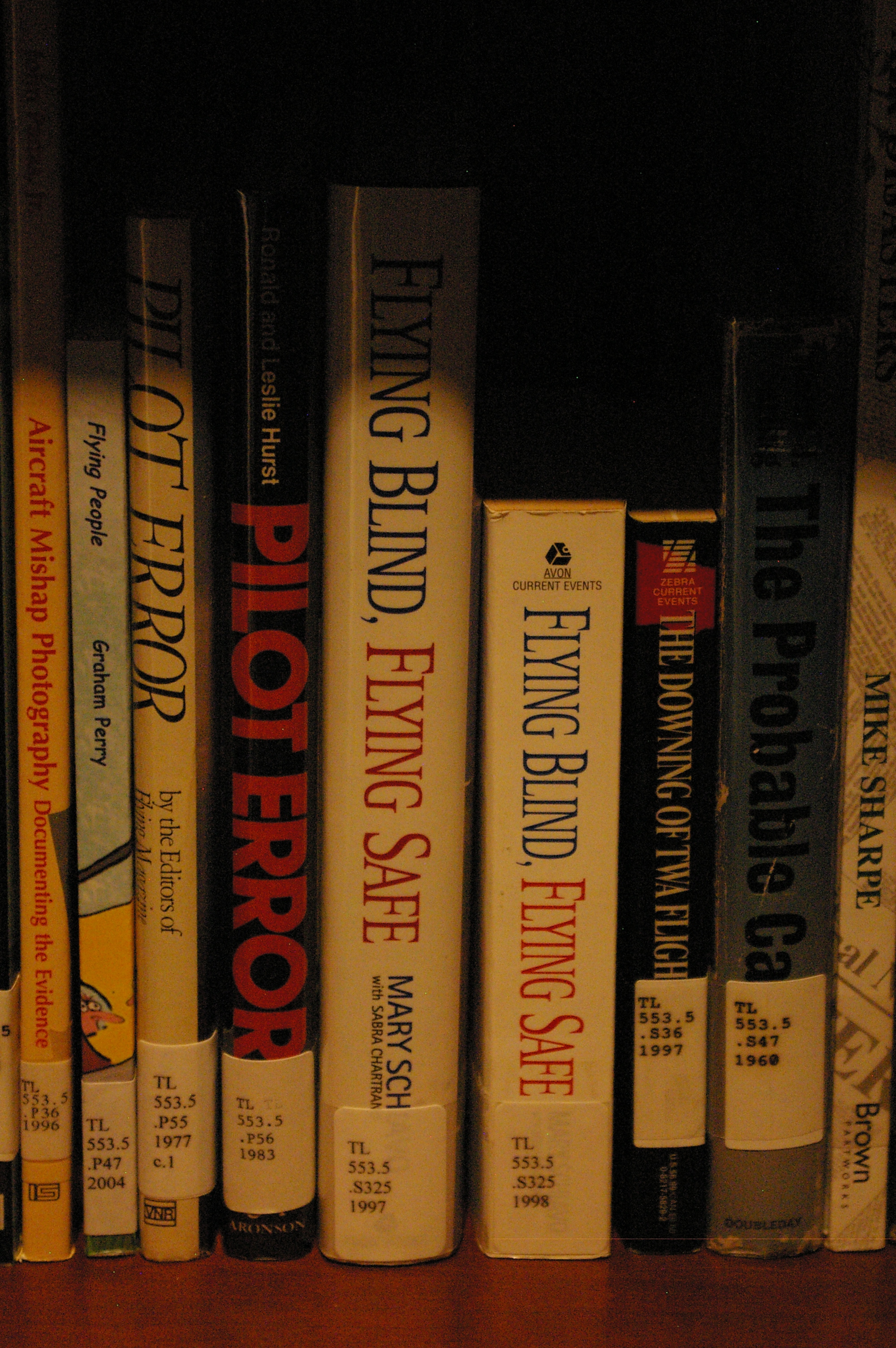 With the Morrison government announcing a Productivity Commission inquiry into the impact of mental health on the Australian economy and the best ways to support and improve wellbeing, it defies belief that a landmark national survey of our mental health appears to have been shelved.

A recent forum of Australian and New Zealand emergency department doctors and psychiatrists heard that the system was failing people presenting to hospital in acute mental health crisis, with the two specialties issuing a communique calling for urgent reform.

In a move condemned by former Australian of the Year, Patrick McGorry, the government has indicated it will not go ahead with a third National Survey of Health and Wellbeing, which was conducted in 1997, 2007, and was widely expected to be circulated again in 2017.

Writing for Croakey, mental health research fellow Dr Sebastian Rosenberg argues that, without robust data to understand the scale of the problem, any attempts to address the issue can be little more than flying blind.

There is so much policy and funding confusion in mental health at the moment, it is not surprising governments state and federal are calling a raft of commissions, inquiries and reviews.  As I may have mentioned elsewhere, there were in fact 32 separate statutory inquiries into mental health between 2006-12 alone!  It is a well-trod path.

People are confused about how to get the mental health system to focus less on cognitive behavioural therapy and anti-depressants, and more on the things consumers and carers have said means the most to them: housing, employment, education and social inclusion.

People are confused about to reorient a health system well-suited to neonates and seniors, but not designed to address the needs of young people.  This is a problem given 75% of all mental illness manifests before the age of 25.

One of the key things these all-important inquiries will no doubt ask for, to attempt to grapple with this confusion, is data.

The Productivity Commission, for example, is no doubt going to be ruthless in its search for inefficiencies in our busted mental health system.  Given its economic focus, they will be asking the tough questions about the employment rate of people with a mental illness.  Unfortunately, we don’t have any accurate data to report here.

They may well ask about education completion rates of young people with a mental illness, cognisant of the trajectory this sets towards either a contributing life or lifelong disability.  Again, no useful data here.

The Aged Care Royal Commission might like to know about the nature of mental health care in aged care homes, range and types of services, their outcomes, rates of medication use etc.  You guessed it, data will be hard to come by here too.

So, you can bet your bottom dollar these inquiries will recommend better data.  Just like nearly all the inquiries before them.

Investment in mental health data has been very patchy and ineffective in driving systemic improvement.

In public mental health services you get the usual input and output guff: staff numbers, occupied bed days, the number of individual outpatient services lasting between 5 and 15 minutes.  In terms of outcomes, the Commonwealth made a $50m investment about a decade ago to enable the collection of the Health of the Nation Outcome Scale (HONOS) by health professionals in public mental health services.

HONOS data collection does not require the consumer to participate.  For such an unusually significant investment, there is a paucity of evidence demonstrating how this collection is driving systemic quality improvement.  Investment in this collection is ongoing and, while Australia still fumbles around with clinician-rated scoring, other countries (like New Zealand) are moving ahead with technology-based systems of real-time consumer and carer feedback to drive systemic quality improvement.

And of course outside the public mental health system, funds to invest in data collection and reporting are near non-existent.  This means that most community sector organisations lack the systems and people dedicated to this purpose.

The Surveys of Mental Health

At a broader population level, Australia has relied heavily on the two surveys of mental health and wellbeing, conducted by the Australian Bureau of Statistics in 1997 and 2007.  These surveys have helped shape thinking, policy, funding and services over this period and aimed to answer three main questions:

Given their significance, there was some expectation that in keeping with the 7s, a third national survey might occur in 2017.  Given the changes in the mental health service landscape which have occurred since 2007, this kind of data should be vital in shaping the next decade.

Indeed, at Senate Estimates in 2017, the Commonwealth Department of Health indicated that planning for a third survey was underway. Health funds the ABS to do the survey.

It was with some alarm, then, that I noted the recent testimony provided at Estimates by Health stating that this planning has been curtailed and that no third survey would be undertaken.  When questioned, health officials said the following:

We have been building the data asset in all sorts of ways.  We would like to have additional surveys. We would like to have a lot of things. But we do have a growing base of data and evidence in relation to mental health, which we are drawing on, which is improving.  When we go back to the very beginning, we wouldn’t say there are gaps; we would say it’s a work in progress and we are continuing to improve data.  The survey, while one potential element, is not the be-all and end-all. There is lots of other work going on. Particularly if you want data at the granular, local level, which a lot of our funding is designed to support.

I understand that conduct of a survey is estimated to cost up to $20m, depending on sample size and so on.  I realise this is not nothing.  But I think Treasurer Frydenberg and Minister for Health Greg Hunt, in justifying their engagement of the Productivity Commission in mental health, suggested that Australia is currently spending around $1m an hour on mental health.  This rather puts the matter in some perspective.

It seems a no-brainer.  Making sure Australia, its mental health consumers and its taxpayers, have a well-organised mental health system geared to respond to the evolving needs of the community; or flying blind.

We are a very rich country.  We appear to be choosing to fly blind, content to make funding decisions uninformed by data on the problem.

This issue seems very important to me. But perhaps I am wrong.  After all, Australia’s use of data to inform systemic quality improvement in mental health is woeful. Data on service effectiveness is no guarantee of future funding.

Ask the mental health nurse incentive program.  Ask Partners in Recovery.  Ask Personal Helpers and Mentors.  Ask myriad other mental health programs evaluated as successful then de-funded.  Is it just me or are we going backwards?

At the same time, we are willing to continue to invest $22m a week in MBS payments under the Better Access Program, without any outcomes or accountability.  On the contrary, there is evidence to show neither prevalence of psychological distress nor the suicide rate has decreased since Better Access was introduced, and the number of prescriptions for anti-depressants is higher now than in 2006-07 when this program started.

In lieu of action, governments often don’t mind calling an inquiry into mental health, to kick the can down the road a while.  What bothers me about the third survey decision is that this is the kind of low-cost, high-value activity the government could have undertaken which would in some ways have had the same effect, only for a good cause.  A small investment here and governments could have cheerfully postponed the hard yakka of real mental health reform until they could understand the findings of the survey.

Maybe we should postpone all the inquiries and use the money saved to fund the survey?

The lack of new epidemiological data about mental health is a vital structural weakness in the national response to mental illness.  It makes for poor policy and wrong decisions.  It will cost the community and taxpayers.  But the cost will be borne most by people with a mental illness and their families.