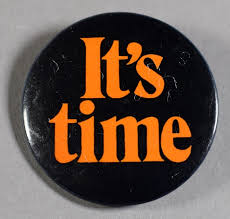 Health policy in Australia is as much about politics as it is about policy.  For example, the current debate over the future of private health insurance can only be understood in the context of the history of Medicare and its relationship with private insurance.

After 35 years of Medicare, it’s hard to remember a time before universal health insurance and free public hospital care.  But the problems that bedevil the private insurers today have their roots in decisions made at the time Medicare was first conceived, around the same time as the first moon landing.

In the piece below veteran journalist Mungo McCallum describes the political context in which Medicare was introduced and outlines the unresolved policy issues that are today proving so challenging for the Morrison Government.

The private health insurance funds have effectively been on notice for 50 years, since the time of the moon landing.

The private health industry, we were told last week: “a muddled health care system that is riddled with inconsistencies and perverse initiatives,” as Stephen Duckett put it in a report from the Grattan Institute.

Indeed, and things are now reaching a crisis point. But it was hardly unexpected. The private funds have effectively been on notice for fifty years, since the time of the moon landing.

It was 1969 when Gough Whitlam embarked on his first election campaign as leader, and the centrepiece was a promise of universal health insurance – Medibank, which later became Medicare.

It was hardly a revolutionary idea; the Poms had embraced their National Health Service for many decades. But for Australia it was a major change, and one that promptly induced panicked opposition from the private enterprisers who had held the territory since it was bequeathed to them shortly after World War II.

It was Earle Page, Robert Menzies’s former enemy now redeemed as his Health Minister, who set up the scheme. Page was utterly against public enterprise in any form; in his youth, he had campaigned against the establishment of public hospitals, which, he insisted, was unfair competition for private hospitals – of which he just happened to own several.

A recurrence of the Black Death

He lost that fight, but won the next: the private funds were established, and became, in effect, compulsory: those who wished to defray their rising medical bills had no alternative except to sign up. The big boys, the Medicare Benefits Fund and the Hospital Contributions Fund, called themselves non-profit, but accumulated vast investments and reserves; Whitlam used to jibe that they appeared to be preparing for a recurrence of the Black Death.

He narrowly lost the election of 1969, to the great relief of the fund managers. But he won in 1972, and all hell broke loose. As well as the funds, most of the medical profession was implacably opposed to what Page had described as “the socialisation of medicine.” Whitlam’s minster, Bill Hayden, had his Social Security portfolio reduced to the SS and was equated with the Nazi Gestapo in tracts and caricatures.

The coalition resisted Medibank for another three years, until Whitlam eventually forced it through after a double dissolution. And when he was dismissed, Malcolm Fraser promptly attempted to dismantle the fledgling reform. But Bob Hawke refurbished it, and in spite of some recalcitrance for John Howard and later Tony Abbott, Medicare became a fait accompli, embraced by the electorate.

The start of the decline

And as a result, private insurance became optional for the masses, and the membership of the private funds became its inevitable decline. Even the doctors dropped their resistance when they realised that socialised medicine could actually be something of a bonanza: their base income was guaranteed, and they could still raise their fees to any level they wished.

And many did, which meant that many of the seriously or chronically ill still found at least some form of private cover worthwhile. And with conservative governments committed to their cause, the public was induced by a combination of carrots and sticks to keep the funds viable. And some funds began to experiment with bells and whistles, some worthwhile, like dental insurance, and others not, like refunds for homeopathy.

But equally, the younger and fitter could see little point: the ideological buster about getting “your doctor of choice” when going to hospital was small compensation for the inevitable bills, and more so in an emergency when you didn’t have a choice of doctor anyway.

And as the young dropped out of the funds, the effective subsidies that propped up the increasing needs of an ageing population started to become highly problematic. Fees went up – well over the the rate of inflation. And once wage stagnation set in, so did the rot. Which is where we are today.

So the government is in a real bind. It can provide further relief to keep the funds alive, but not only is there a growing realisation that throwing more money into a decaying system is basically counter-productive (not to mention a fine example of socialisation); it is now clear that it is vastly inefficient. Using the resources to improve and enhance the public system — Medicare – would be far more productive, not to mention considerably fairer.

But the government, being the government, is unlikely to embrace such rationality. It will start by denying that there is a crisis, and will then say it is all Labor’s fault, and go on to demand that someone else – the states, the profession itself, anyone – fix it. And then, when the crunch comes, it will handover another swag of taxpayers money, declare victory and leave – until the next crisis.

The sensible approach would be simply to scrap all the subsidies, incentives and rebates and make private insurance truly voluntary – a matter of choice for those who can afford it. And then, if necessary, bump up the Medicare levy to whatever extent is needed to provide the universal health care that was promised and intended all those years ago.

As Duckett remarks succinctly: “the question then becomes whether government should support private health care directly, or via public heath insurance – or not at all.” It is not yet a question the government is willing to contemplate. But the way things are going it will soon have to confront reality.

A conflict of disloyalties

Scott Morrison and his new Health Minister Greg Hunt have come around, probably reluctantly, to the idea that Medicare is too popular to abolish – even if tinkering with it is highly risky; remember Bill Shorten’s Mediscare campaign. But the same is no longer true of the private funds – if it ever was.

Thus the government is caught in conflict of disloyalties. Morrison and all his colleagues swear, on what passes for their hearts, that they are utterly devoted and committed to Medicare. But their real love is the free market. In an ideal world, they would cleave to Earle Page and private oligopoly, no matter how much it had to be regulated and propped up by public money.

But alas, those easy options have passed. And this time more tinkering will not be enough. The funds are getting very close to their use-by date. As Whitlam himself might say, it’s time.