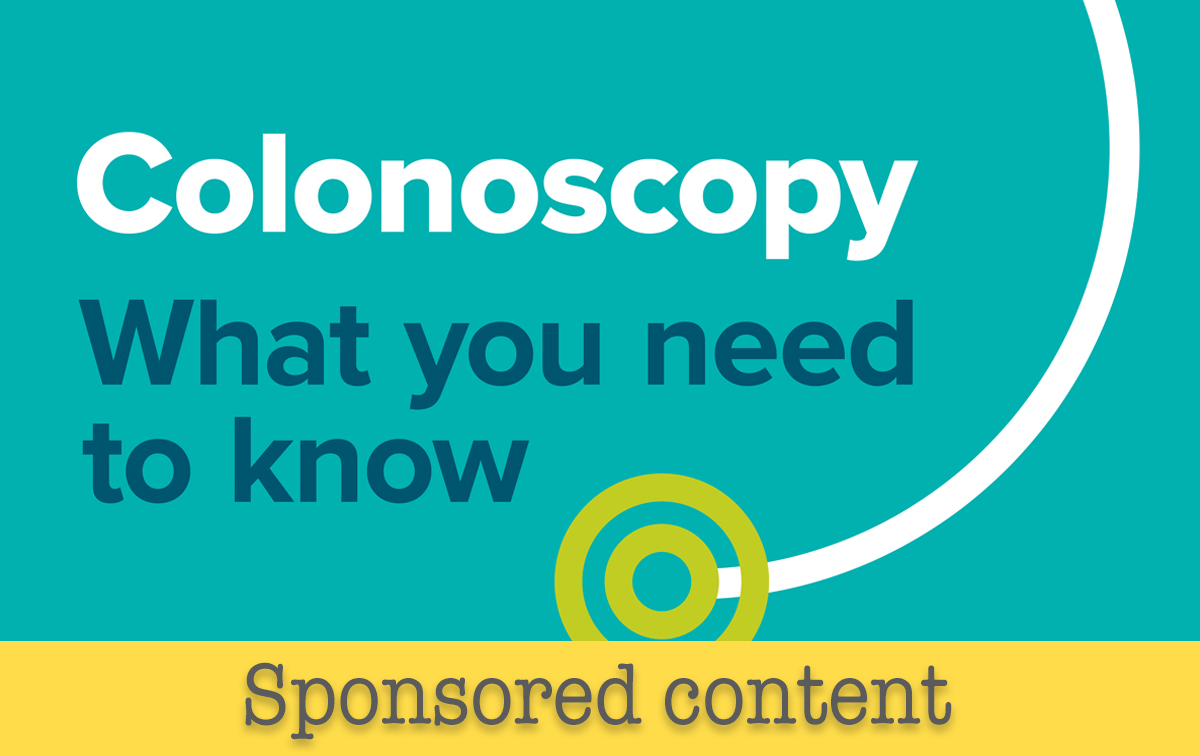 As Australia’s National Bowel Cancer Screening Program approaches full implementation in 2020, a new standard for colonoscopy care is “a game changer” in assuring the appropriateness, safety and quality of this frequently performed procedure.

This article is published by Croakey Professional Services as sponsored content. It is funded by The Australian Commission on Safety and Quality in Health Care.

It’s unpleasant and it’s experienced by more than 900,000 Australians every year, but if done properly, bowel preparation has the power to save someone’s life.

This unglamorous task, a prerequisite of anyone requiring regular bowel surveillance, is an essential step for a successful colonoscopy procedure. Without proper bowel prep the likelihood of the procedure being inconclusive and having to be repeated increases. In worst case scenarios a potential cancer may be missed.

“For too long this important step has been poorly explained and performed, contributing to suboptimal procedures, waiting lists and wastage in the system,” explained gastroenterologist, Professor Anne Duggan, a Clinical Director at the Australian Commission on Safety and Quality in Health Care (the Commission).

“If not performed correctly, people have to have their colonoscopy redone, or they go away with an inadequate colonoscopy which is a bit of a risk.”

Ensuring good bowel prep in the lead up to a colonoscopy procedure is one of the key messages in a major reform package for colonoscopy care being rolled out by the Commission ahead of the full implementation of the National Bowel Cancer Screening program in 2020.

From January 2020, every Australian aged 50-74 will be offered a free faecal occult blood test biennially in a bid to reduce deaths from bowel cancer, which is the second-most common malignancy in Australia and the third-most lethal.

Increased screening will likely result in more people being referred for a colonoscopy. What we want to ensure is that the right people are able to have a successful colonoscopy at the right time. Reducing unnecessary repeat colonoscopies is only one aspect of this.”

The Commission’s full set of reforms, set out in the Colonoscopy Clinical Care Standard, target nine priority areas including initial assessment and referral; informed consent of the patient prior to and inclusive of proper counselling about bowel prep; and the quality of information provided to both consumers and their health care team about the procedure’s findings, management and follow up.

The standard specifies what constitutes a high-quality procedure, and requires regular auditing by health service organisations on outcomes.

The new standard also mandates, for the first time in Australia, that all clinicians performing colonoscopies (including nurse endoscopists, proceduralist GPs, physicians and surgeons) are certified in a standardised, centralised system that requires they be recertified every three years.

Among a dozen clinical care standards issued by the Commission, the colonoscopy standard is the only one which is mandatory for health service organisations to implement as part of their accreditation requirements.

“It’s been a bit of a game-changer, and I suspect that in a few years things will look very different for colonoscopy in Australia,” Professor Duggan said.

The need for standardisation of colonoscopy care was highlighted in 2015 when the Commission published its first Australian Atlas of Healthcare Variation.

The Atlas revealed stark disparities in colonoscopy rates by geographic region, with a 30-fold difference between the areas with the highest (Sydney’s Eastern Suburbs) and lowest (the NT’s Daly, Tiwi and West Arnhem regions) rates, and a clear gradient favouring metropolitan and higher socioeconomic areas.

These data were echoed in the third edition of the Atlas, published in 2018, which looked at colonoscopy hospitalisations and found  a seven-fold variation in colonoscopy rates, and again demonstrated a socioeconomic and remoteness gradient.

It also showed that colonoscopy rates were 47% lower for Aboriginal and Torres Strait Islander Australians than for non-Indigenous people. The Atlas authors noted,

Variation is warranted and desirable when it reflects variation in the underlying need for care. However, use of colonoscopy does not appear to match patterns of patient need. The pattern in major cities, where there is greater use of colonoscopy in higher socioeconomic areas, does not reflect disease patterns for bowel cancer, as bowel cancer incidence and mortality rates are highest in areas of socioeconomic disadvantage.”

Some of the variation was likely to be attributable to access issues including availability, cost, and rates of private health insurance, but there is clearly also a clinical practice element involved, with a recent study suggesting that as many as one in five colonoscopies are performed in circumstances not supported by best practice guidelines.

Dr Tim Lyon, a Rural GP endoscopist working in the towns of Kingaroy and Toowoomba, west of Brisbane, represented the Australian College of Rural and Remote Medicine during development of the standards.

He said there was “gross over-servicing” in the colonoscopy space, unfortunately with some services and practitioners scoping “basically everybody every three years regardless of indication,” which is not in line with current evidence or best practice.

A huge amount of money is being wasted on these unnecessary procedures and there are a lot of people out there doing these surveillance procedures for no good reason.”

The new standard, which was launched 12 months ago, requires all colonoscopies to be performed in line with evidence-based guidelines, and this has been supported by changes to the Medicare Benefits Schedule which came into effect in October 2019.

Professor Duggan, who steered both the Commission’s work on the standard and the MBS review of colonoscopy services, explained:

It helps clinicians to do the right thing and it helps consumers to understand what risk category they are in. Hopefully it will also translate into much better use of appropriate colonoscopies which will help both the public and private systems.”

A huge amount of work has gone on behind the scenes, educating clinicians, health service organisations and consumers about these changes. As well as the full standard and a single-page version, the Commission has developed fact sheets for health care workers and patients, and specific guidance on informed consent.

They have also produced a number of videos, including one for consumers which provides an easy step-by-step guide on good bowel prep.

In order to assist with improvement of referral information and quality of reporting back and follow up after the procedure, the Commission has also produced pro forma versions of these documents setting out what they should contain.

If anyone understands how important it is to get this right, it’s Susan Morris.

Susan is among some 100,000 Australians who require yearly colonoscopies for a genetic condition known as hereditary non-polyposis colorectal cancer, or Lynch Syndrome. In her lifetime she’s had more than a dozen scopes and the bowel prep process that goes with it. She said,

“It’s not a pleasant experience but it’s lifesaving for many people. In my case a stage one cancer was discovered – that was eight years ago. It made all the difference to me not just in life expectancy, but quality of life since.”

Representing the “frequent flyers” of the colonoscopy world, Lynch Syndrome Australia was invited to participate in developing the standards, with Susan taking part as CEO. She described it as a “Leviathan” process, but one that would be “transformative” for patients.

We can’t guarantee that someone out in Dubbo is going to have the same access to colonoscopy as somebody in metropolitan Sydney, but what we have been able to be a part of here is the opportunity to really and truly set standards which everybody can expect in the care that they receive before, during and after colonoscopy,”

Susan Morris said every element of the reform package had been crucial, particularly the MBS changes and credentialing requirements, and the emphasis on informed consent and proper bowel prep.

Ultimately, she said it was about “the power imbalance, and actually trying to restore some power into the hands of the consumer,” by setting out in very clear terms, their rights, choices and also responsibilities.

Every little piece of the jigsaw which is professionalised, which is improved, ultimately leads to better and more timely and more appropriate access to quality care.”

For both Susan Morris and Dr Lyon, equity of access remains the major issue in colonoscopy care, with waiting lists, cost and availability of practitioners meaning some people face long waiting times because they live in remote or underserviced regions. Susan Morris knows one patient in the remote NT who has to travel to Brisbane to have their procedures done.

In Queensland, an open access model where patients are referred by their GP directly to a hospital colonoscopy service and triaged by nurses into a surgical list, means that all urgent patients are seen well within recommended timeframes and waiting times are less of an issue than in other states, according to Dr Lyon.

This is partly because patients aren’t required to have a clinic appointment with the scoping doctor ahead of the procedure: they are consented and educated on bowel prep by a trained nurse, often by telehealth, and simply turn up on their allocated list day.

There’s big waitlists and if we have to call every single patient into a clinic even before the procedure that’s a huge cost: time cost, days out of work for the patient.”

The advantage of the Queensland model over other models, argues Professor Duggan, is that it gives people the opportunity to ask questions and to discuss the risks and benefits of having the procedure at that time. It’s also an opportunity to be educated about bowel preparation to ensure that they have a successful colonoscopy.

We don’t want people being sent straight to a colonoscopy list without ever having had these conversations.”

For now, Professor Duggan says that “patients should feel comfortable that, wherever you go, the system is now much safer.”

If you want to talk about quality and appropriateness of care and addressing of low-value care, I think that’s what this standard really achieves.”

*This article was written by Amy Coopes and edited by Ruth Armstrong, on behalf of Croakey Professional Services. It was sponsored by The Australian Commission on Safety and Quality in Health Care, which had final say over the content.