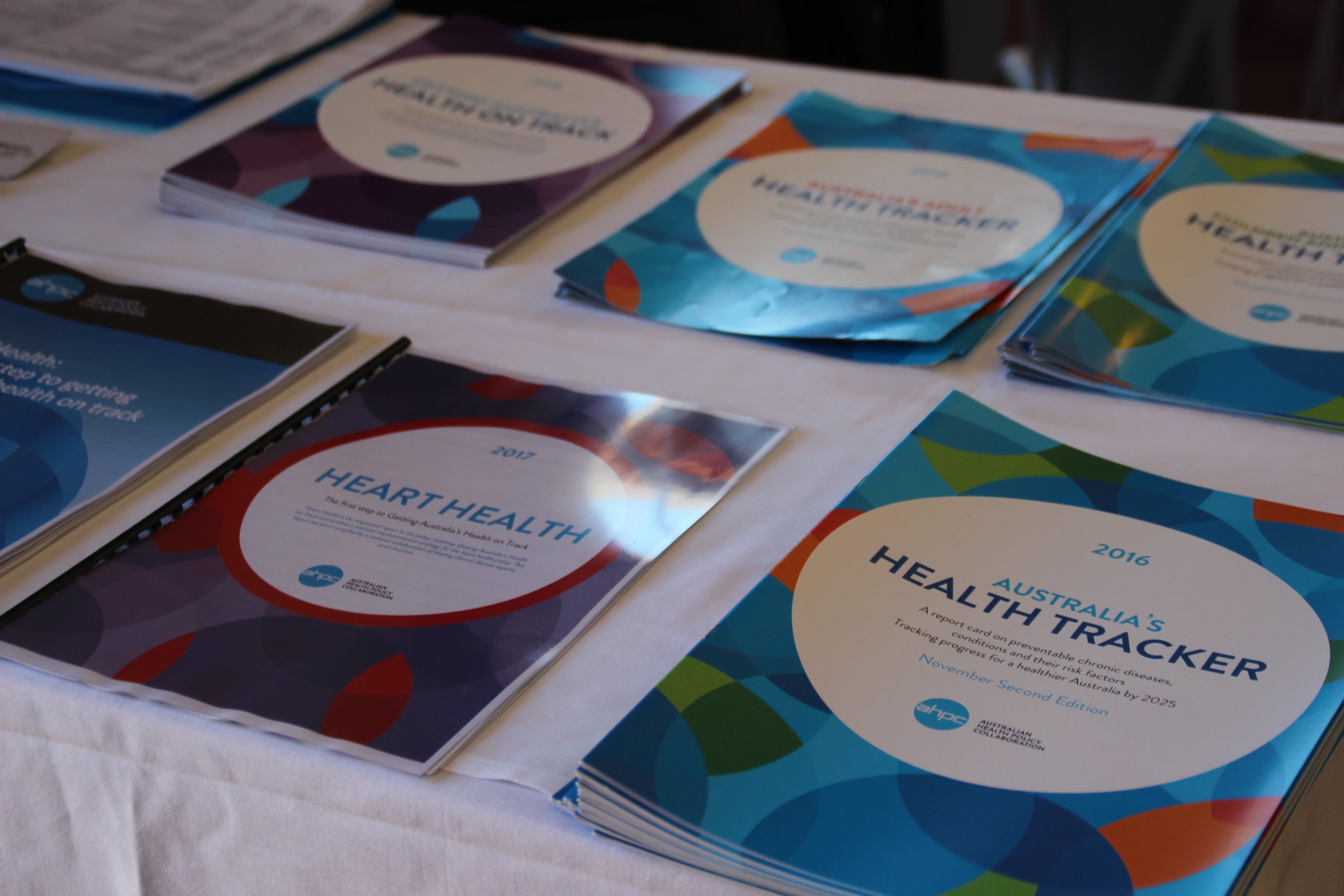 Getting to the heart of Australia’s cardiovascular risk

Cardiovascular disease is Australia’s leading cause of premature death accounting for just under a third of all national fatalities. It affects 4.2 million Australians, with another one million people estimated as being at moderate to high risk, and costs the economy $7.6 billion.

Worryingly, most people at risk of CVD don’t know it.

This week, the Australian Health Policy Collaboration at Victoria University launched a new paper, Heart Health, urging the adoption and MBS funding of an online assessment tool in routine primary care that could identify individuals most at risk of CVD, allowing for early intervention and the prevention of thousands of premature deaths.

In this piece for Croakey, AHPC director Rosemary Calder and policy associate Ben Harris explain how and why such a simple measure could be life-saving.

One Australian dies every 12 minutes from cardiovascular disease. Forty per cent of these deaths are preventable.

The Australian Health Policy Collaboration has just released its policy paper Heart Health: the first step to getting Australia’s health on track calling for widespread use of a simple online assessment tool could prevent thousands of Australians dying from heart disease every year.

This online question and answer form, filled in by the doctor with their patient aged between 45 and 74, determines the risk of life-threatening events such as stroke and heart attack, and related conditions such as dementia and diabetes.

It is an established tool – endorsed by leading health organisations, the National Vascular Disease Prevention Alliance and the Royal Australian College of General Practitioners – which addresses the most urgent health disease across the Australian community.

About 4.2 million Australians are living with cardiovascular disease – the leading cause of premature death in the country.

Men in their 40s are more likely to have a heart attack than women in their 70s, although overall more women die from the disease than men.

Cardiovascular disease is the most costly health problem in Australia, causing the most deaths, and contributing to substantial economic and social costs.

Almost every Australian knows, or is related to, a person who has had a heart attack or stroke, or lives with its effects.

Cardiovascular disease is also the largest chronic disease cost to our health system, with an estimate of $7.6 billion in 2008-09. Almost 18 million general practice consultations each year manage circulatory problems.

There are more than 577,000 cardiac procedures each year in hospitals – with ten per cent of these coming from emergency departments. More than 1.5 million hospital bed days are taken up by cardiac patients.

Cardiac patients occupy the equivalent of more than 4000 hospital beds annually. That’s more beds than at the Royal Brisbane, the Royal Prince Alfred, the Royal Perth Hospital, the Alfred in Melbourne and the new $2.3 billion Royal Adelaide Hospital combined.

Preventing just one per cent of cardiac interventions would make it significantly easier to get a hospital bed, reduce waiting lists for surgery, and take pressure off emergency departments.

The economic burden of cardiovascular disease is significant.

Many people can work and function well with cardiovascular disease, but it is a significant cause of disability for people of working age.

Furthermore, there are more than 2.2 million people with diseases of the circulatory system aged under 65 – the equivalent of the entire population of Townsville and Perth.

About 26,000 people are receiving a disability support pension with a primary diagnosis of circulatory system diseases costing the taxpayer more than $800 million a year.

A further 77,000 are receiving carer payments and allowances. Remember that the experts suggest about a third of chronic disease is avoidable.

When experts assembled by the Australian Health Policy Collaboration were asked to nominate the most important community intervention to prevent harm from cardiovascular disease, Absolute Cardiovascular Rick Assessment was the clear recommendation.

It’s a tool that is already available, just needing funding support through Medicare and a targeted public awareness campaign.

AHPC’s Heart Health paper recommends the initiative be supported by the Medicare Benefits Schedule and promoted through the community and Primary Health Networks to achieve 90 per cent coverage of people, aged 45 and over, within five years.

Modern health promotion is a complex problem, as a variety of preventive and risk factors, environmental issues and our own genetics influence our health outcomes.

We can use the inherent complexity of health as an excuse and continue to ask governments to be passive funders of hospital and emergency care, or we can take the logical next steps recommended by experts to reduce the number of people dying from cardiovascular disease.

We need to fund and promote Absolute Cardiovascular Risk Assessment. It is clear, simple, and right.

Heart Health has been developed in collaboration with leading national clinical and policy experts and in consultation with the Royal Australian College of General Practice and the National Vascular Disease Prevention Alliance (NVDPA) which includes:

It follows the AHPC’s policy roadmap Getting Australia’s Health on Track, 2016, which aims to significantly reduce preventable illness and disability. 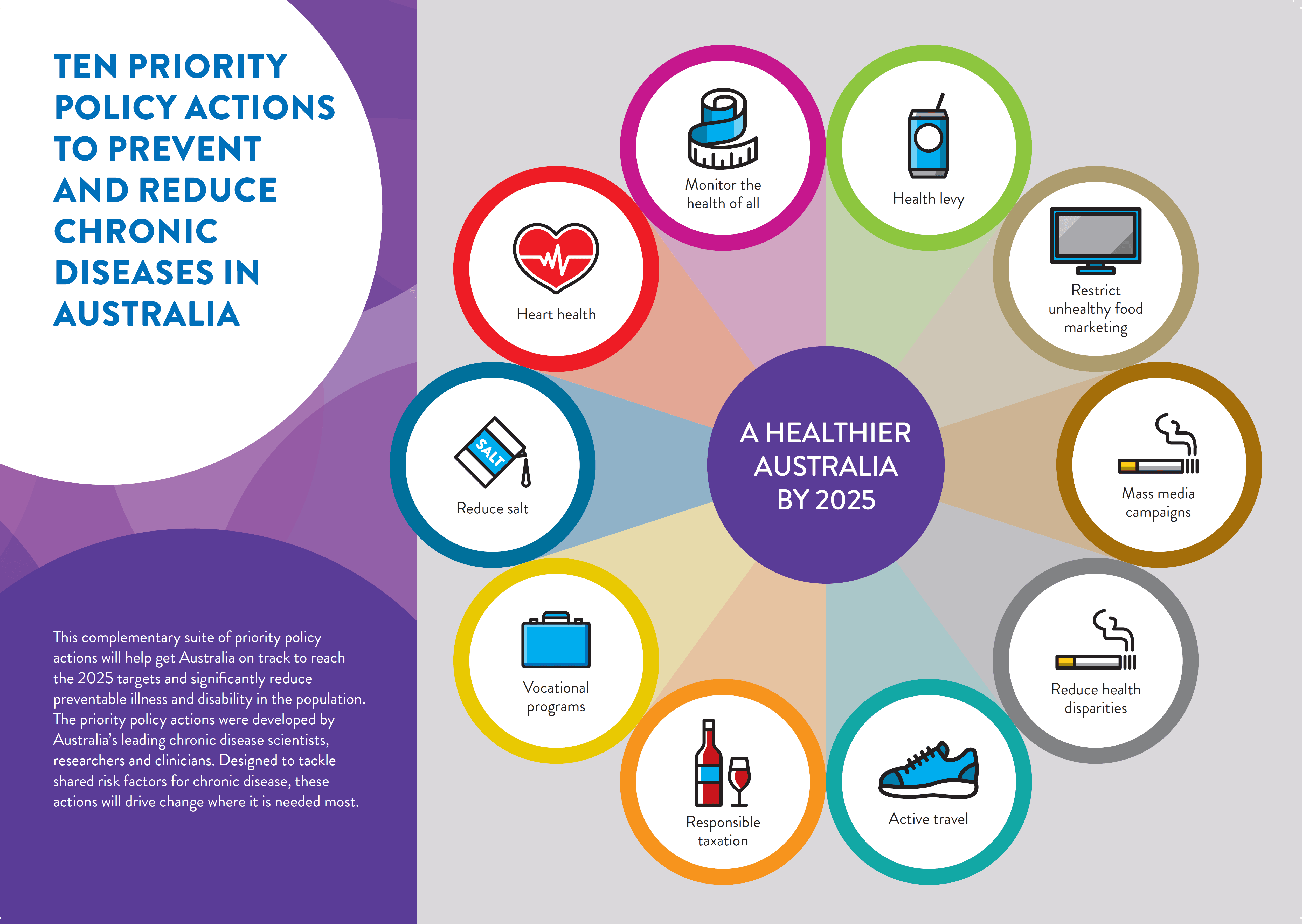 Professor Rosemary Calder is the Director of the Australian Health Policy Collaboration at Victoria University.