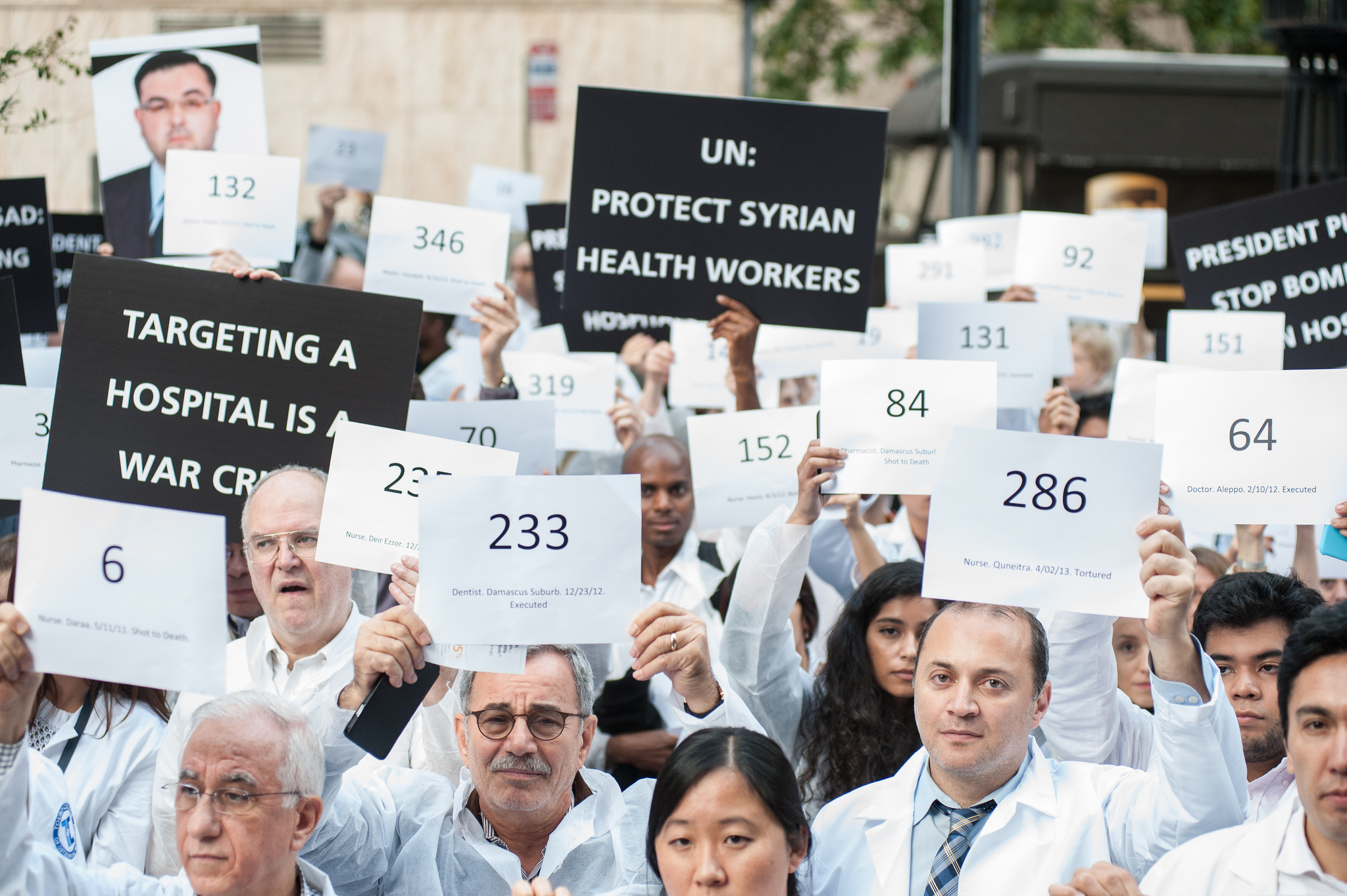 The deliberate destruction of healthcare infrastructure by combatants and killing of health workers in Syria has yielded no military advantage and amplified civilian suffering, according to a damning UN report on the conflict.

The Independent International Inquiry on the Syrian Arab Republic recently released its latest findings to the UN Human Rights Council, warning that the targeting of hospitals, medical personnel and transport and the denial of access to care “remain an ingrained feature of the Syrian conflict”.

According to the report the “deliberate destruction” of health infrastructure by warring parties left civilians with little or no access to medical care, with a steady stream of injured civilians into surrounding countries — some dying before they could reach help.

Areas where hospitals were destroyed were typically already suffering acutely, with no access to food, potable water and medical supplies, the report said.

Medical facilities, transport and personnel are protected under international humanitarian law; their safety and functionality should therefore be ensured by all parties to a conflict. The documented attacks have been against functioning hospitals and yielded no military advantage greater than the collateral damage to civilians and civilian objects. No warnings were given before the attacks.
In such assaults, the warring parties deny entire communities medical treatment. Large numbers of health-care workers have died, suffered injuries or fled, depriving communities of skills needed more than ever.

Some of the documented atrocities include:

Despite the constant danger to their lives by belligerents “intent on destroying” the health-care system, the report said Syria’s doctors, nurses, paramedics and support staff continued to work under “unimaginable conditions”.

“Their work, under fire, has saved countless civilian lives,” it said.

“Their courage and commitment stands in stark contrast to the lack of action forthcoming from the international community and its institutions.”

Australian anaesthetist Simon Hendel, a former medical officer with the Australian Army in Afghanistan and Iraq, has written a powerful piece for the MJA on the ongoing targeting of health care in Syria, which is worth a read.

“Maybe it is naïve of me to believe international humanitarian law is important and that purposefully bombing a hospital is one of the most heinous of war crimes.

If it is, then equally, it is cynical of major players to flaunt these laws. In doing so, they are counting on our indifference.”