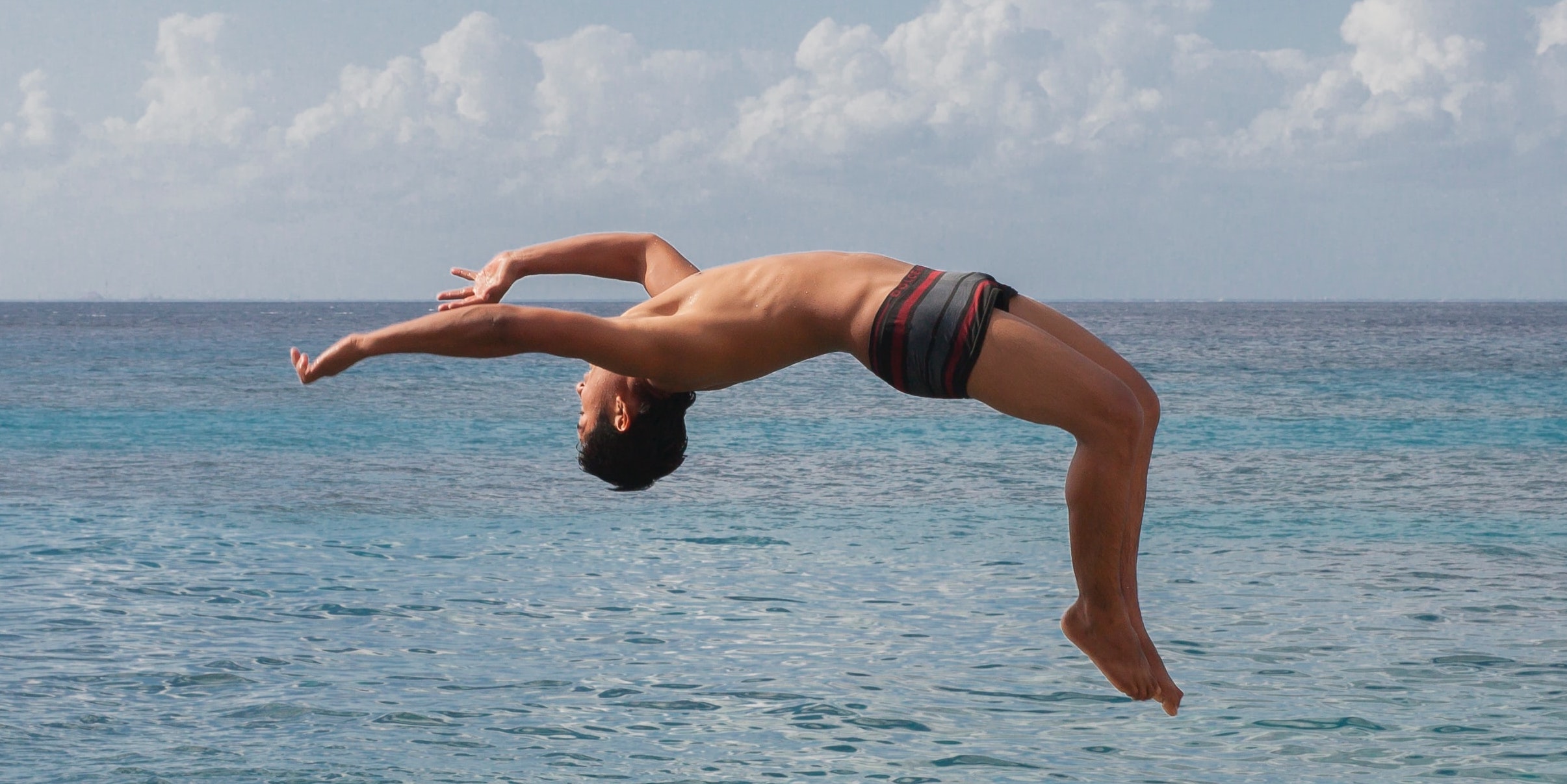 The health sector has reacted with horror to the National Cabinet’s backdown on plans to suspend elective surgery in public and private hospitals at short notice.

On the morning of 25 March the Prime Minister, Scott Morrison, said all non-urgent elective surgery would be suspended “until further notice” from midnight on 26 March.

“Cancellation of elective surgery will allow the preservation of resources like personal protective equipment and allow health services to prepare for their role in the COVID-19 outbreak,” he said.

Based on expert health advice

The Prime Minister said the decision was based on the advice of the Australian Health Protection Principal Committee the evening before.

Yet the next day a statement on the website of the National Cabinet said: “National Cabinet agreed to extend the deadline for the suspension of semi urgent Category 2 and 3 elective surgeries at private hospitals to 11.59pm on 1 April 2020. … The changes will allow greater transition for the community to the new arrangements and ensure the national supply of essential PPE – such as masks, gowns, gloves and goggles for the healthcare workforce.”

There is no mention in that announcement of the decision being based on health advice.

The announcement has been met with scorn. In a joint statement, Australian medical colleges said they were: “extremely disappointed by the Federal Government’s move to reverse its decision to cancel non-urgent elective surgery and allow private hospitals to continue operations for another week as COVID-19 cases and fatalities continue to increase.”

The cancellation of non-urgent surgery is being done to preserve resources and allow health professionals to prepare for what may be a sudden rise in hospital admissions and ICU admissions.

In a separate statement, the President of the RACS, Dr Tony Sparnon, said: “We are seeing decision-making that can only be described as putting commercial interests before patient safety.

“Many of our surgeons who work in private hospitals are appalled and refusing to operate on non-critical cases. We want to see leadership from the federal government that puts people’s safety first.”

Individual surgeons have responded, in some cases naming and shaming private hospitals which have sought to continue offering elective surgery. 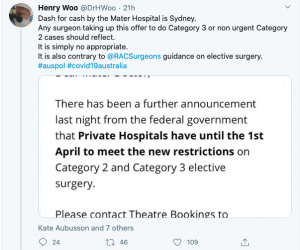