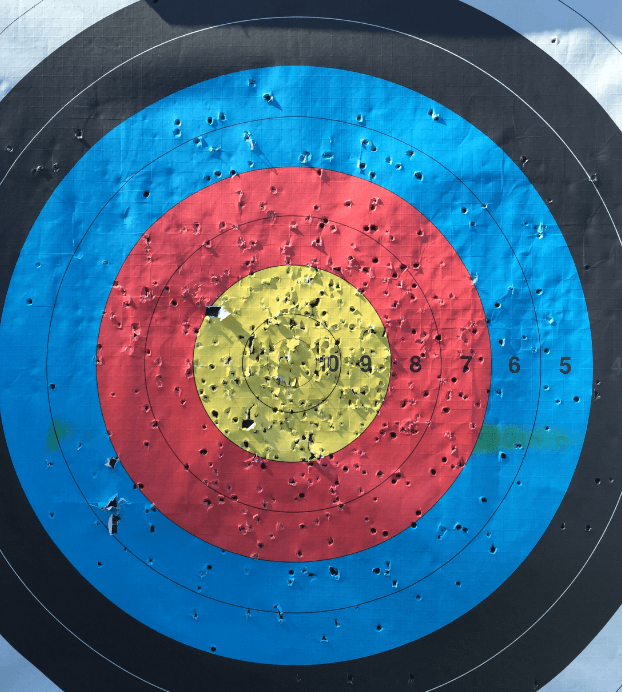 *Updated on June 30 and July 1 with new scorecards, responses to new policies*

The major parties’ policies across a range of significant issues – or lack thereof – are now being evaluated and rated ahead of the 2 July federal poll.

Croakey will update this post with other relevant assessments as they are released or brought to our attention. Please tweet yours to us at @croakeynews or email info@croakey.org.

The AHHA says in this media release that health issues including the Medicare rebates freeze, public hospital funding and co-payments have hit the spotlight but other vital issues such as Aboriginal and Torres Strait Islander health, and quality care have been underplayed, according to a comprehensive review by its members:

Reviewers found the Coalition has made some amends for the damaging cuts in the 2014-15 Budget, but some policies continue to exacerbate issues of access, equity and sustainability. Labor’s support for universal care and preventive health is welcome. Its policies work toward a more sustainable health system, but further development of reform proposals will be important. The Greens are strong supporters of universal care and have announced positive policy proposals, but gaps remain. 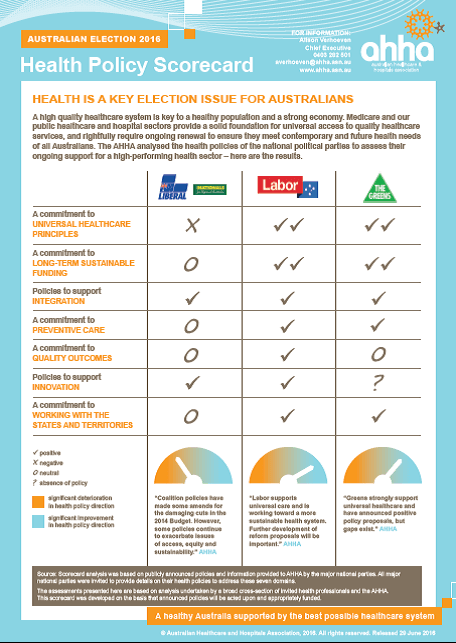 *Updated with this scorecard 30 June

Fifty of Australia’s leading aid and development organisations, including the Australian Council for International Development (ACID), Oxfam Australia and Save the Children, have issued a scorecard that outlines where various parties, including a number of minor parties, stand on aid. Read the full report, or see the snapshot on the major parties below: 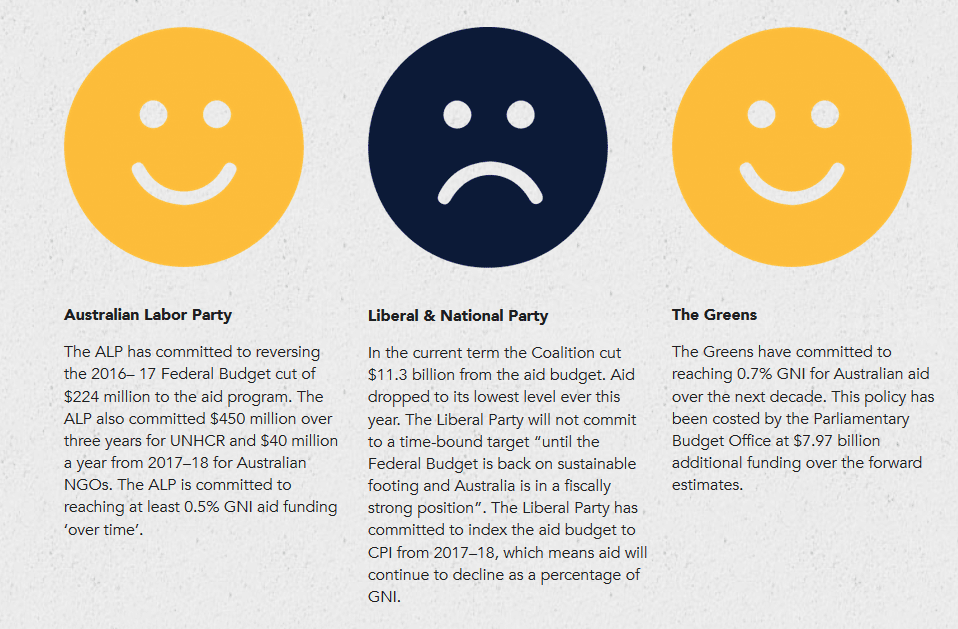 ACOSS says social policy, especially policies to reduce poverty and ensure everyone has access to affordable housing and essential services, has largely been missing in action in the campaign – beyond specific commitments on hospitals and schools.  It said:

“Policies to stem growth in inequality must move from the periphery to the centre of public policy focus in the last weeks of this election campaign. Good social policy is not in competition with good economic policy. They are mutually reinforcing.

ACOSS put a wideranging series of policy questions to the major parties. See the ACOSS summary of the full policies here and the full responses from each of the major Parties here.  ACOSS said:

“The Coalition’s response to ACOSS in particular emphasises its ‘economic plan’ but contains no major new social policy proposals. Most disappointingly, the Coalition continues to avoid acknowledging  that inequality is a problem we need to tackle in Australia, that action is needed to increase public revenue and that our safety net is not adequate for those on the lowest incomes, leaving far too many adults and children living below the poverty line. Spending cuts announced in recent Budgets take us in the wrong direction.
“Labor takes a more balanced approach to economic and social policy, and to Budget reform, with measures addressing both revenue and expenditure.”

The Refugee Council says it does not endorse any parties, but has compiled this briefing below to provide an overview of the public positions on refugee issues of the three major parties, based on their proposed policies and the public positions taken on major legislation introduced under the Coalition Government.

Suicide Prevention Australia has set out essential steps required by Government to provide leadership and commitment to help people stay alive and has compiled a summary of suicide prevention commitments and links to party statements and press releases. See also its full scorecard.

CAHA says we have heard little about climate change from the major parties this federal election, and nothing about the impact of climate change on health. Read the full review. It says:

Both leaders of the Liberal and Labor parties have spoken about health, but neither has discussed the potentially “catastrophic” risks of climate change to health, nor the great potential benefits to health from action on climate change.

Nor have any journalists asked either leader about their plans to protect the health of Australians from climate change.

It seems that not only politicians – particularly the current government – but also the media in Australia are failing to recognise the seriousness of climate change and its impacts on health, and the need for urgent action. 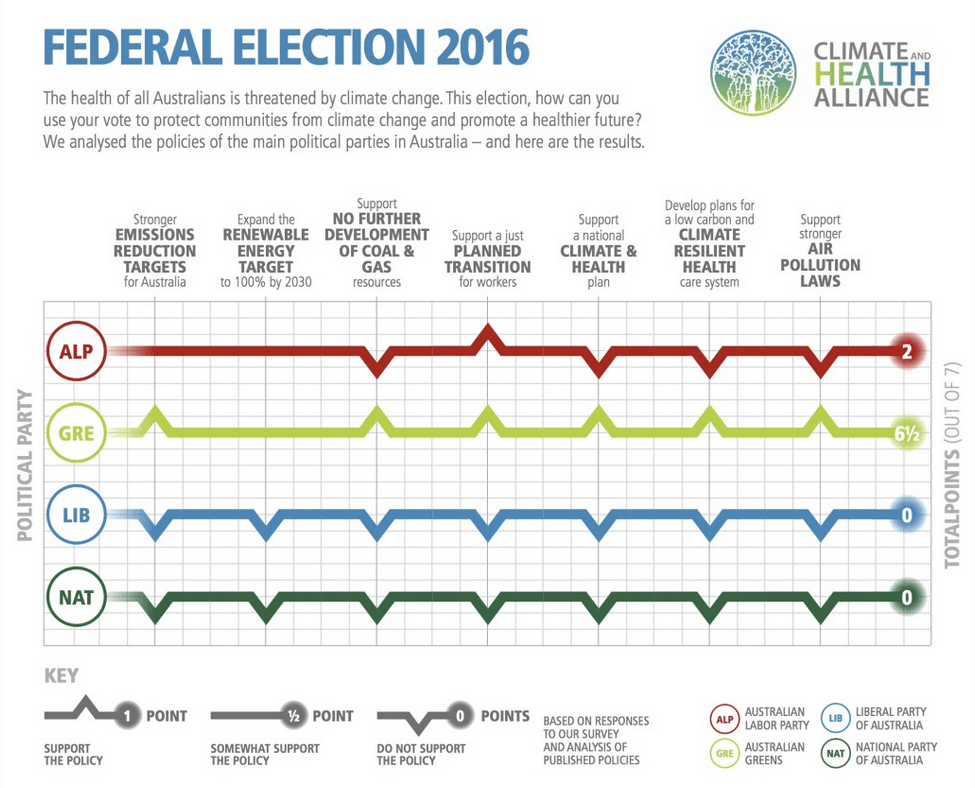 We intend to hold the parties to their promises that uphold human rights and take issue with their positions that don’t. Whoever wins should know that civil society will be monitoring their actions from day one. 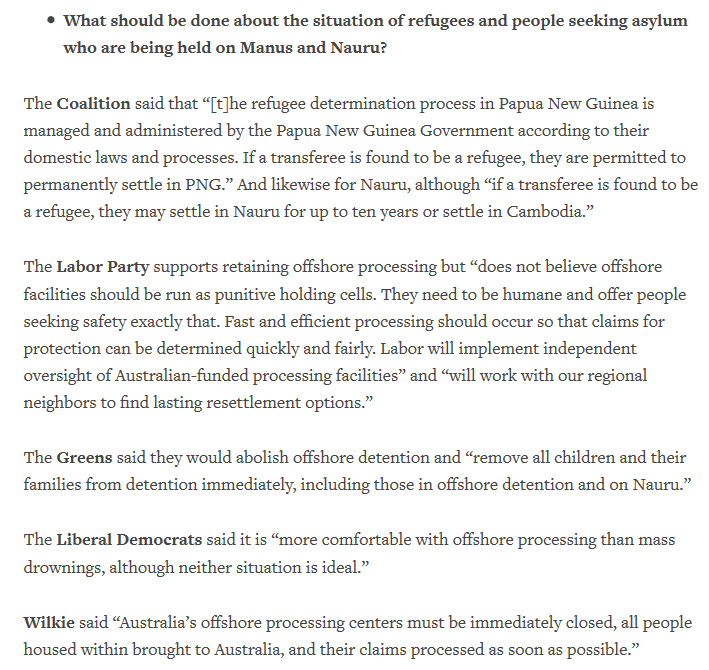 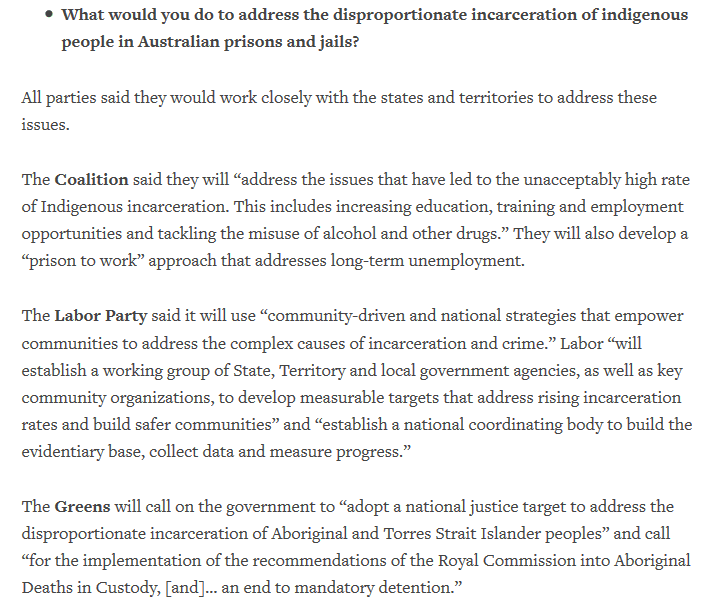 WWF released its final scorecard for the election, with the headline verdict: “Eenvironment policies fall short”. It said:

In the midst of native animal extinctions and the devastating coral bleaching on the Great Barrier Reef, a new analysis shows that the next Australian Government must ramp up its environmental commitments, regardless of which party takes office.