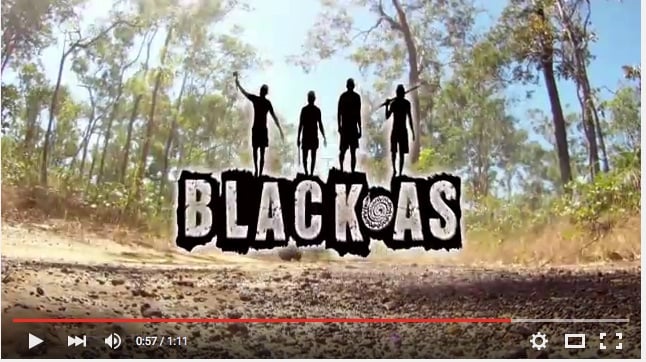 Hear the diversity of stories from remote communities – plus some great clips!

Stories of laughter, loss, connection and other aspects of life and work in remote communities were shared at the CRANAplus conference in Alice Springs.

Conference participants heard about a forthcoming TV show celebrating life in a remote Aboriginal community, the lack of rural and remote birthing services, the power of yarning, and the value of strengths-based approaches.

Thanks to journalist Rosemary Cadden for the reports below (and also to those who have been sharing the #CRANAplus15 discussions via Twitter).

Black As, on screen

A health promotion campaign involving men in Ramingining going bush to encourage young people to eat healthy has morphed into an ABC reality show Black As, to be screened early next year.

Dr Buddhi Lokuge, who has worked in many remote communities in the Top End of Australia, outlined the unconventional path the community took to develop their dream into Black As – a most unconventional reality show itself.

Starting with a 3-minute video to promote healthy food, the young men starring in the footage decided to share it with their mates in other communities.

Buoyed by the response, Lokuge googled ‘how to create a TV series’ and so began a series of rejections and disappointments – until they attracted the attention of writer, director, producer David Batty, who had created the TV series Bush Mechanics 15 years ago.

In the first three weeks of their crowd-funding campaign, the mini Black As webisodes had been viewed 230,000 times online: the dream was starting to seem possible for Dino Wanybarrnga, Joseph Smith, Chico Wanybarrnga and Jerome Lilypiyana.

The series will be a positive celebration of young people living in a remote Aboriginal community. It will embrace life in the bush and all it has on offer.

If you liked Bush Mechanics, you’ll love this.

Getting across safe driving messages 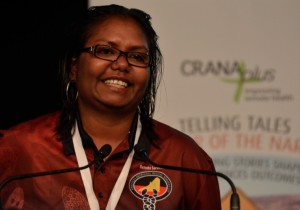 Registered Nurse Pepita Hunter will never forget the Sunday morning she woke to find nine missed calls on her phone from the clinic where she works in Beagle Bay, a remote community in the north-west of Western Australia.

Her two sons had been involved in a motor accident.

“That experience has pushed me to try and make a difference in getting the message across about drink driving,” she said.

“Initially it was a one-off presentation at my younger son’s school, but the response has pushed me to go further.

“The principal said: ‘You can’t stop there. You must deliver it to as many schools as possible.’

“And so that’s why I’m here today,” she told delegates at this year’s conference in Alice Springs.

Hunter ’s presentation focused on the effects of alcohol, young people, and driving.

“So many lives have been taken due to alcohol and DUI and so many families, friends and the community have also been affected,” she said.

Hunter said she has attended many motor vehicle accidents in her years at the clinic “though back in April 2013, that was one of the worst I have ever attended, and not because my sons were involved.”

The police report stated that her older son Akeem had fallen asleep at the wheel, veered off the road and, as he tried to correct the car, it fish-tailed and rolled seven times. One passenger not wearing a seat belt was found 10 metres away from the car.

“Most young people think they are bullet-proof,” Hunter said.

“Akeem thought that. Having a few drinks then jumping behind the wheel, they have that thought of ‘it will never happen to me.’ My son found out the hard way.”

Hunter hopes that by telling her story to as many people as possible, she can get across the message about the risks and the dangers of getting behind the wheel when driving under the influence.

“If I can even get through to just one person then I know it has that ripple effect that can change the lives of others,” she said.

“My son’s mean the world to me, they are my oxygen, without them I cannot survive and I almost lost both my sons that day, just because of one stupid decision.

“That’s why I want to do something to try and help other families so that they don’t have to go through what I went through.”

Hunter ’s story has a happy ending. At the end of her presentation, she shows a slide of her son Akeem, now a qualified boilermaker, who graduated and completed his trade this year, and has a fly in-fly out job at Solomon mines. 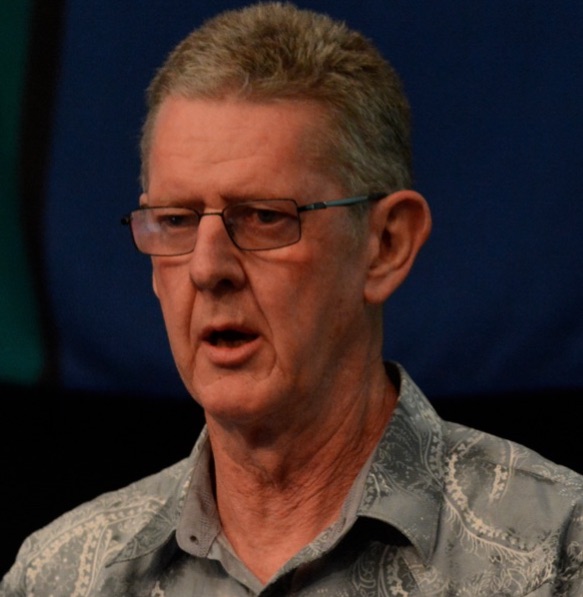 The 3Ms – traditionally attributed to people choosing to work in remote Australia – is looking a bit shaky.

According to psychologist Michael Tyrrell, who has worked for many years himself in central Australia, the missionary, mercenary or misfit label could be a bit tired, if it ever was valid.

He himself questioned his own motivation for some of the jobs he took as a young man, generally assuming he personally was a bit of a misfit.

Among his interpretations of the labels are that:

There have been a few other Ms developed over the years, said Michael “but three is enough for me to explore!”

Still ploughing through his data and research findings, Michael said that it’s looking likely that the more people are in a remote area, the less relevant were spiritual needs, and the longer people stayed in a place, the less likely they were misfits. And the mercenary label doesn’t seem to be very relevant at all.

But it is likely to remain a catchy phrase. After all, the ABC itself recently aired a very amusing serial about a radio station in the Outback called 3MMM that played on the missionary, mercenary, and misfit categories. 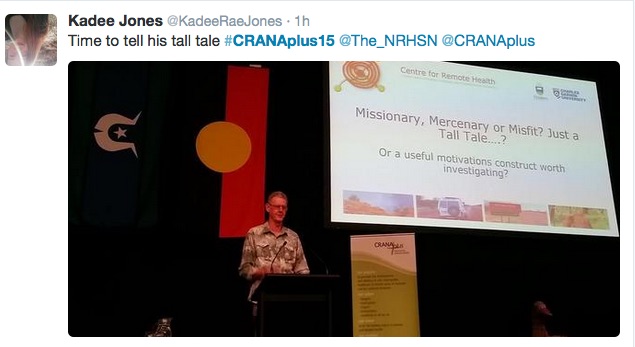 Where is Federal Labor on health? 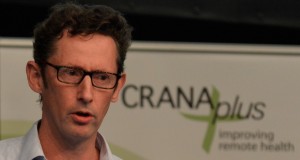 If we are growing in wealth, then a proportion of that increased wealth should be directed back to health and wellbeing, Shadow Assistant Health Minister Stephen Jones told the CRANAplus conference.

“Otherwise – what’s the point? What is the point of getting wealthier as a nation unless we are re-directing that increased wealth back towards the wellbeing of all Australians.”

He considered that the current federal government was confused in the area of health policy.

“It’s like the bloke who only has a hammer in his tool box and who sees every problem as a nail,” he said.

“If you’re a government that sees health as an expenditure burden you will see every part of that portfolio as an opportunity for savings, or an example of waste that needs to be reined in.

“I think that has been at the heart of the government’s problem: it has a confused narrative around health policy – and sees health as an expense burden.

There is a stubborn correlation between health outcomes and socioeconomic outcomes across the country, whether you are dealing with remote communities or disadvantaged communities in city suburbs, Jones said, suggesting that some of the best policies to improve health were coming from non-health policy areas.

He said Shorten Labor government would introduce a truly national scheme for the provision of medicinal cannabis.

“I think this is necessary, and obvious to any of you who have worked in a whole range of areas, whether it be pain relief, working with kids with drug resistant epileptic fits, and people who are dealing with the pain and life-impairment from muscle spasms.

“I have met young guys who have been in motorbike accidents and getting muscle spasms long after the initial trauma, where cannabis is making a difference.”

When it came to the drug-related matters, Jones said it was important to recognise that alcohol was “the No 1,2,3 and 4 issue.”

“Yes, we have a problem with ‘ice,’” he said, “and we need different rehab strategies, for example, but there are a whole lot of other things we can’t drop the ball about.”

There are not enough detox and rehab services, “and the further you get from the capital cities, the bigger the problem.”

Prison then becomes the provider of last resort, he said. “I think we can do a lot better by changing our emphasis.

“We currently spend $1.7 billon on drug and alcohol policy, 22 percent on treatment, less than 10 percent on prevention and a small percent on harm reduction. I think we can change those percentages.”

Reports from the Twittersphere

Prof Caroline Homer: Maternity services in remote areas – whose narrative are we listening to? 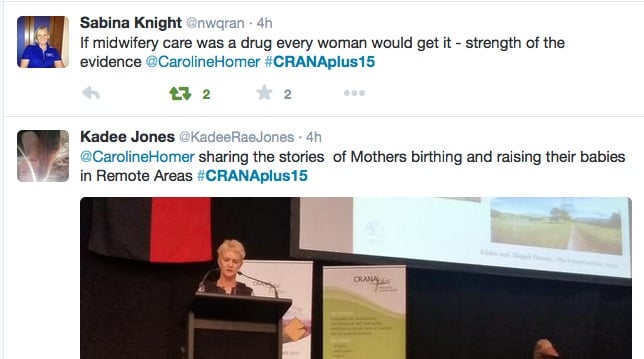 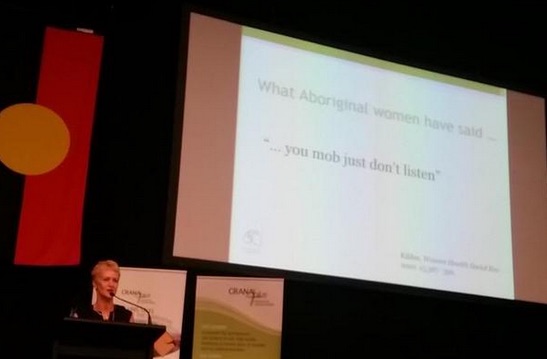 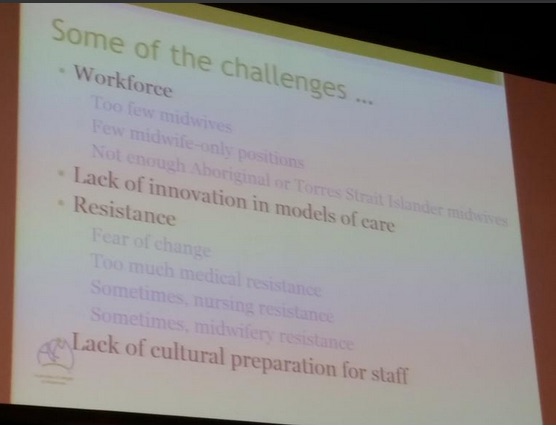 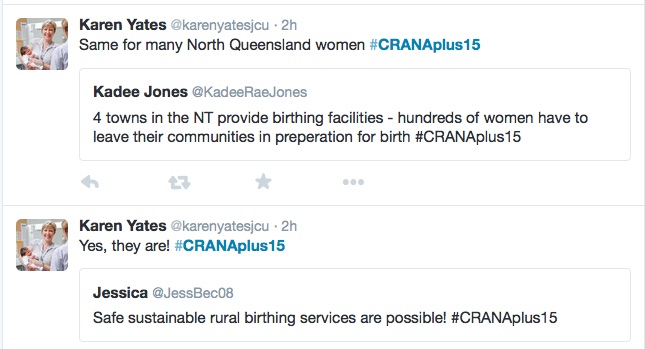 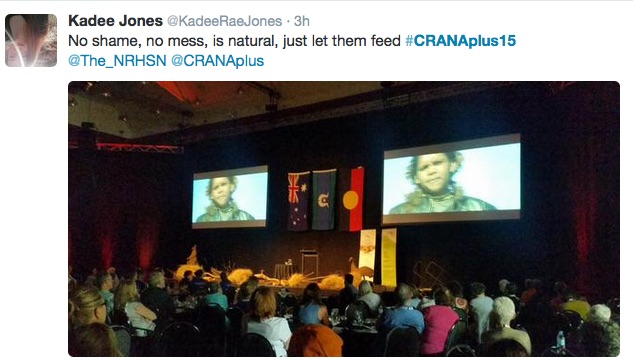 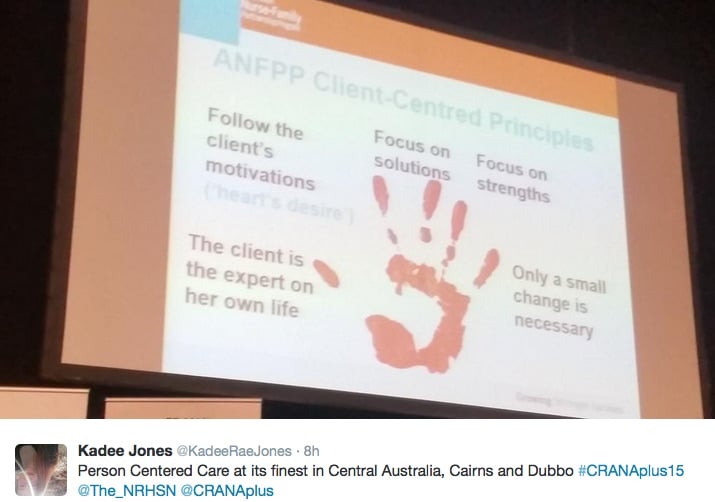 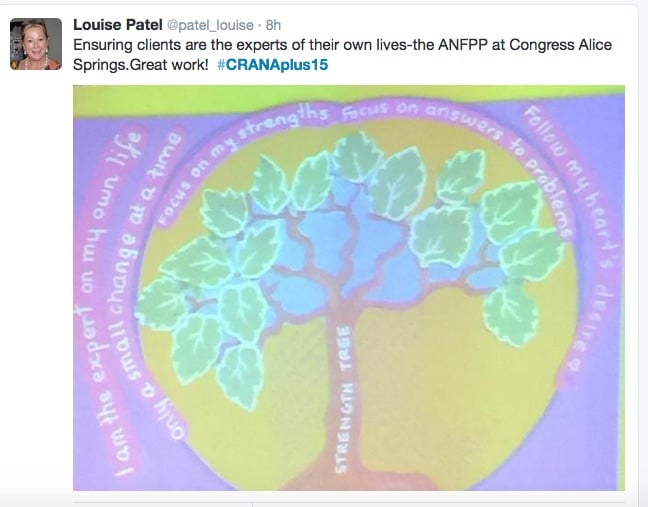 Sandra Bulger: Writing down your sorrow 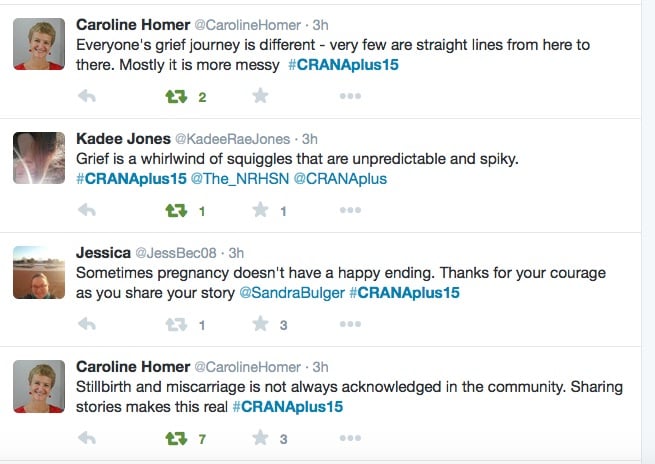 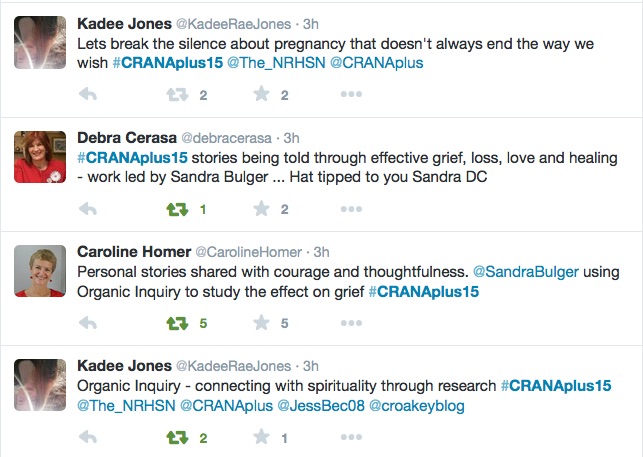 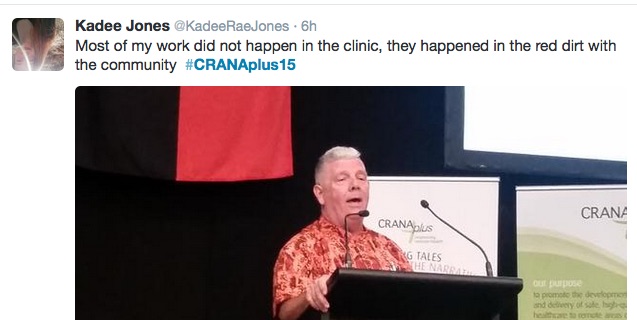 Deb Ceresa: Why Social Media is essential for health professionals 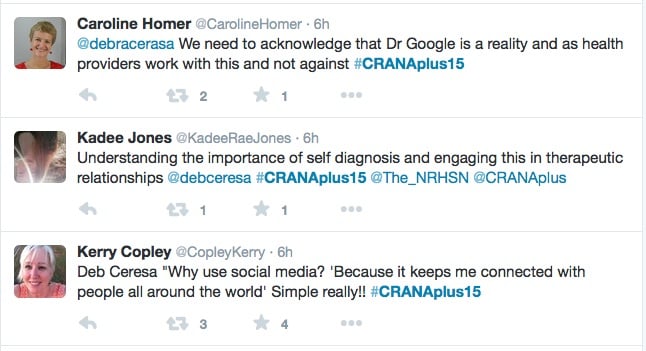 • Freelance journalist Rosemary Cadden and editor of the quarterly CRANAplus magazine is reporting on the proceedings for the Croakey Conference News Service. Thanks also to photographer Rosey Boehm.