“Climate chaos threatens the advances in healthcare that we have gained over the past 50 years.”

That message, from Chair of Doctors for the Environment Australia (DEA) NSW Dr John Van Der Kallen, was a key theme and rallying cry at the national organisation’s annual conference held in Newcastle last weekend, which heard calls for doctors, other health professionals, and the health system – which contributes seven per cent of Australia’s greenhouse gas emissions alone – to step up to the challenges of climate change.

Staged under the theme “Health in a changing climate”, the conference featured a host of high profile speakers including former Greens Leader Bob Brown, Labor’s Climate Change spokesman Mark Butler, and Professor Tony Capon, the inaugural Professor of Planetary Health at the University of Sydney.

Thanks very much to participants at the conference for sharing some of the highlights on Twitter via the hashtag #iDEA18 – here’s a sample below.

You can also watch many of the keynote addresses here: https://armchairmedical.vhx.tv/idea

The conference came as Australia’s south-eastern states continued to experience record high temperatures during an unseasonably hot autumn, creating fire danger conditions in Sydney that were reportedly at their worst since the early 1950s.

“What did you do when the climate started changing?”

Former Greens leader Bob Brown issued a call to arms to health professionals, urging groups like the Australian Medical Association and Doctors for the Environment Australia to fund a dedicated lobbyist for the environment to try to counter the influence of the mining, logging and other interests who are “besuited” and ready each day to press their causes in Parliament House. 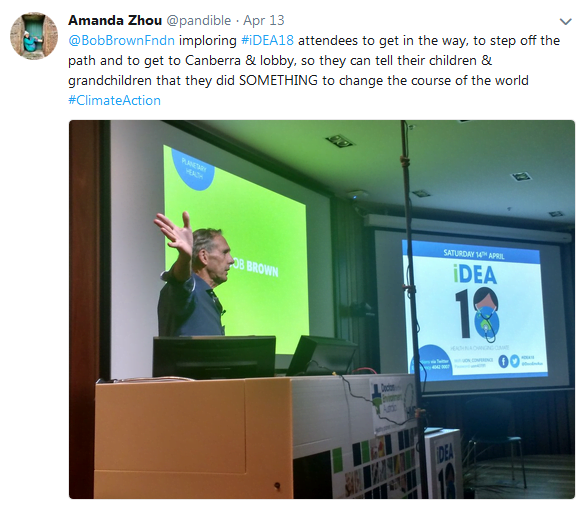 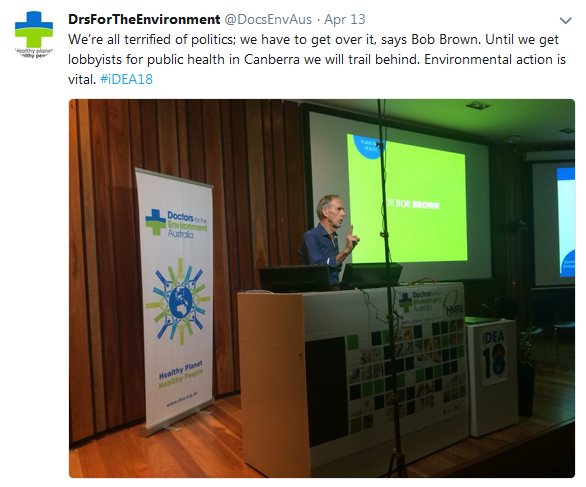 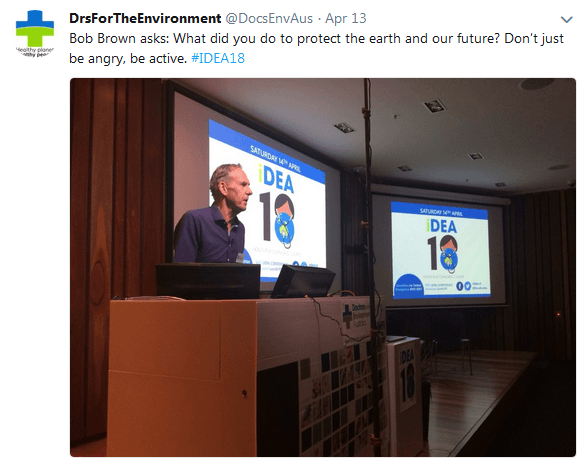 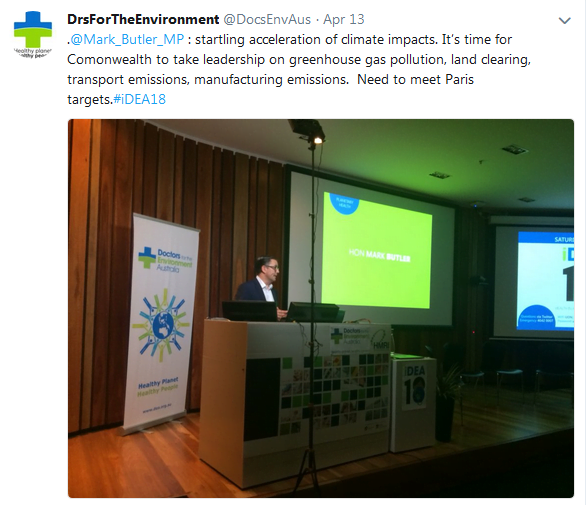 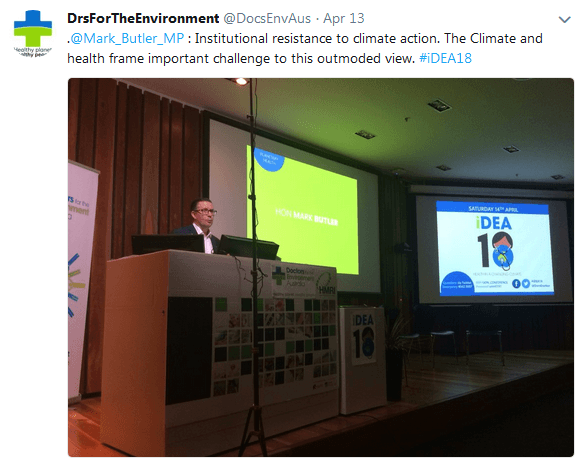 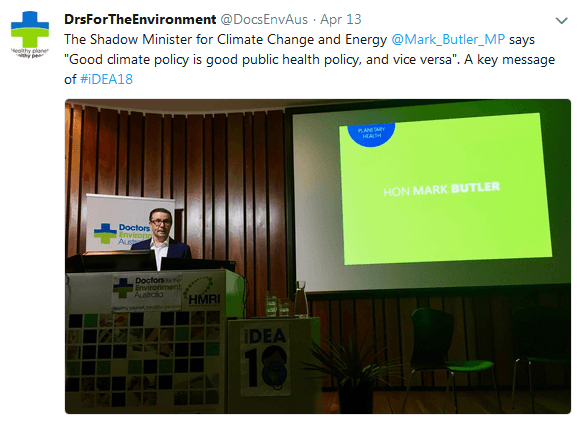 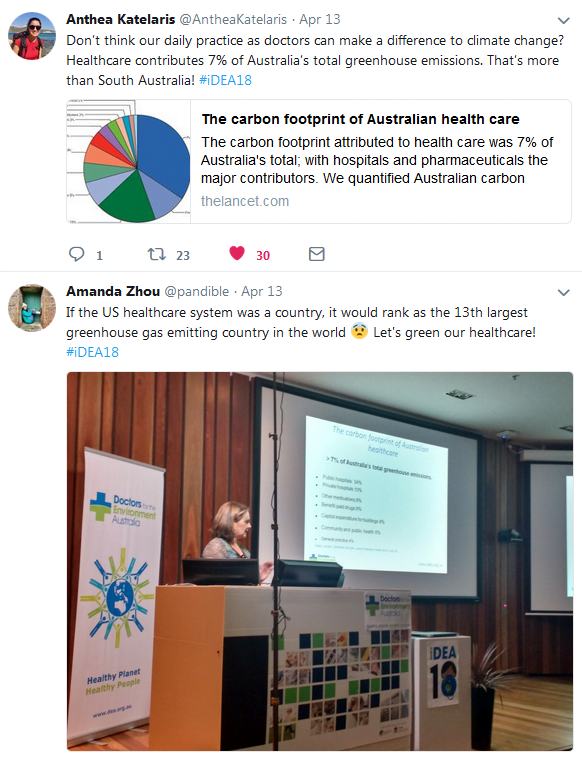 “We need to wake up the snake & be brave on reconciliation”

Dr Anne Poelina, the Managing Director of Madjulla Inc., an Indigenous community development organisation, asked: ‘How do we bring in Indigenous wisdom, locally, regionally, nationally, globally, to the environmental movement?’ She showed this film – Mardoowarra, river of life – illustrating Indigenous wisdom & stewardship and exploring legal and ethical rights of nature.

Readers might be interested in this earlier story on Dr Poelina’s work at Croakey, published as part of our Climate Justice series. 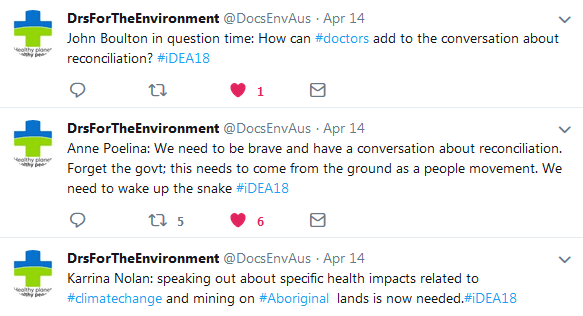 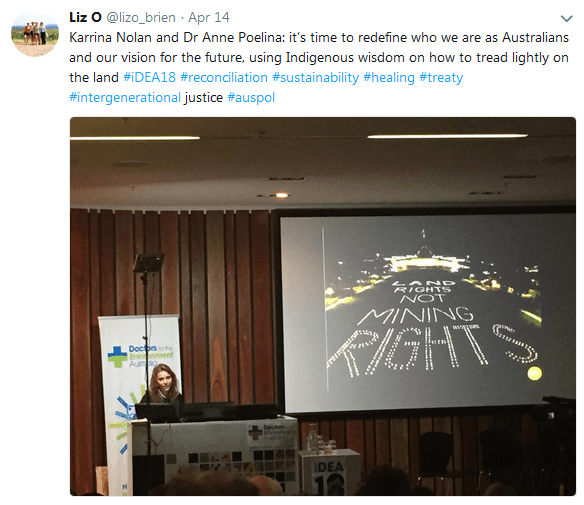 “Is the planet simultaneously obese, diabetic and malnourished?” 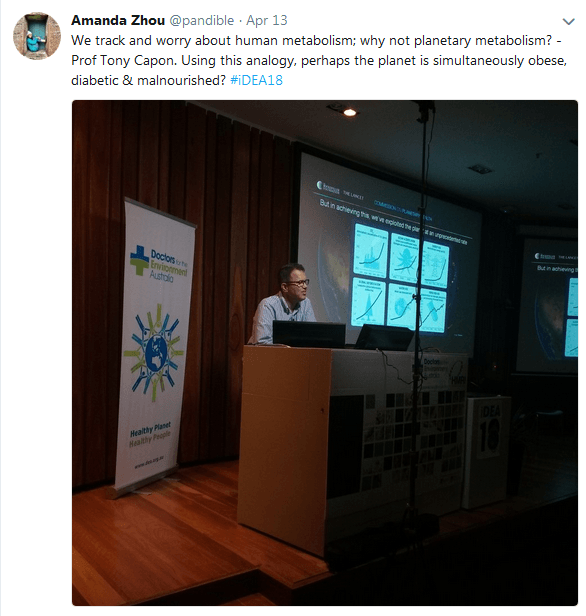 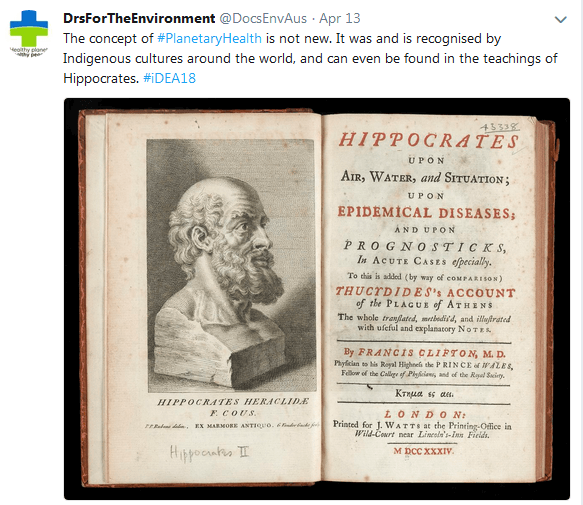 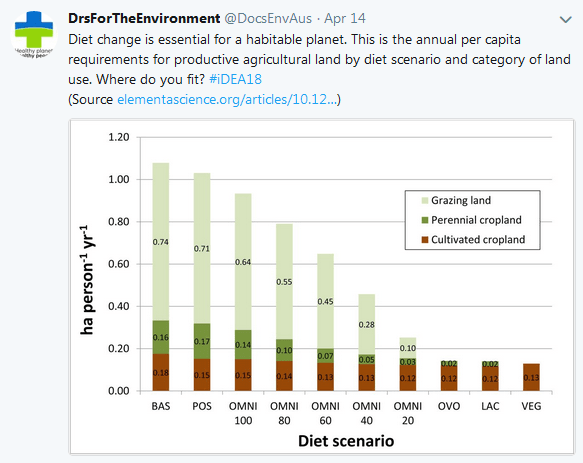 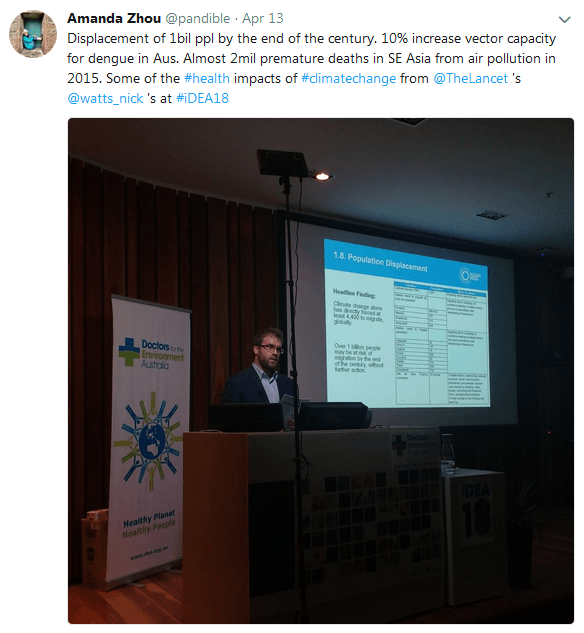 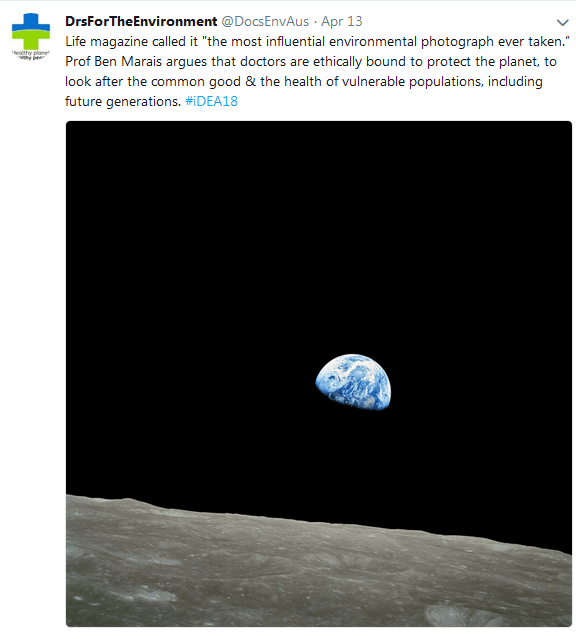 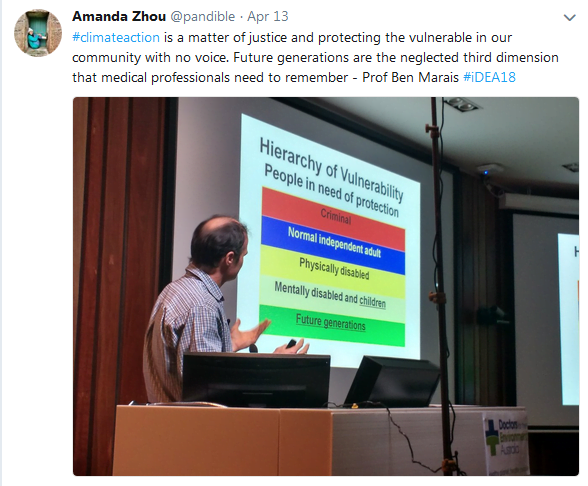