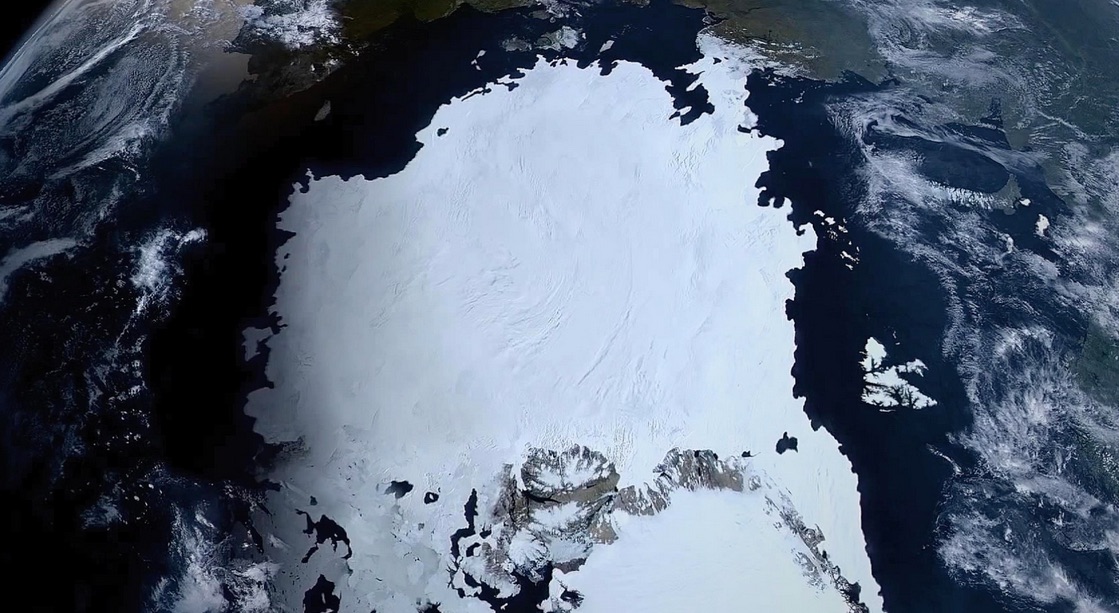 Introduction by Croakey: Health and medical groups have urged Prime Minister Scott Morrison to act on the climate crisis following widespread criticism of his Government’s climate policy failures and lack of engagement with the United Nations Climate Action Summit in New York this week.

According to a UN statement issued at the summit’s close, 77 countries committed to cut greenhouse gas emissions to net zero by 2050, while Finland, Germany, Greece, Hungary, Ireland, Italy, Netherlands, Portugal and Slovakia are among those pledging to phase out coal.

In a powerfully symbolic image, the Prime Minister was photographed at a McDonald’s outlet in Chicago rather than attending the summit, where some observers said the Australian Government was seen globally as climate “denialist”.

She said in a statement to Croakey:

Rather than working to fast-track climate action, Prime Minister Scott Morrison was looking at the latest drive-thru technology for fast-food. This is an insult to climate change-affected communities in Australia, the region and around the world.

Health leaders and experts and hundreds of thousands of Australia who rallied last Friday are calling on the Prime Minister to give the climate crisis the serious attention and action it deserves.”

Dr Eugenie Kayak, Co-Chair of Doctors for the Environment Australia, said the summit outcomes were “very disappointing” and highlighted the gap “between the science that urges immediate and sweeping actions and the staggering denialism of our political leaders”.

Kayak said in a statement to Croakey that the United In Science report released ahead of the summit painted a stark picture of the climate crisis, which is hitting harder and sooner than predicted a decade ago:

It clearly states that 2015-2019 was the warmest five-year period on record, and that unless immediate action is taken and backed up we can expect temperature rises of between 2.9 degrees and 3.4 degrees by the end of the century.

That’s not far away – it’s within the lifetime of our children and definitely their children.”

Health Policy Watch reports there were no dramatic surprises at the summit, but that “a long list of modest commitments offered a glimmer of a way forward”.

Those announcements included the launch of a new US$50 million “Clean Air Fund” by leading philanthropies and a “One Planet Business for Biodiversity” initiative led by the corporate giant Danone, which aims to restructure food systems that have “broken the cycle of life”.

According to Health Policy Watch, over 40 countries and 70 cities signed a Summit commitment to a WHO Clean Air Initiative to reduce air pollution from sources that also drive climate change by 2030.

Meanwhile, the Intergovernmental Panel on Climate Change (IPCC) has today released a report on the oceans and cryosphere (referring to frozen parts of the earth’s systems), which paints an alarming picture of sea level rises, extreme weather and the devastation of ecosystems.

It warns that only unprecedented transitions in all parts of society, including energy, land and ecosystems, urban and infrastructure as well as industry, will be able to keep global warming to well below 2°C above pre-industrial levels. (Read Eloise Gibson’s detailed overview of the new report at Newsroom).

Meanwhile, Associate Professor Matt McDonald from the University of Queensland writes below, in an article first published at The Conversation, that although the summit outcomes were disappointing, Prime Minister Morrison will come under increasing pressure from many quarters to act.

“You have stolen my dreams and my childhood with your empty words. And yet I’m one of the lucky ones,” she said.

“People are suffering. People are dying. Entire ecosystems are collapsing. We are in the beginning of a mass extinction, and all you can talk about is money and fairy tales of eternal economic growth. How dare you?”

The summit was touted as a chance for the world to finally get its climate action on track. But by almost any standard, the event was a disappointment.

Read more: The good, the bad and the ugly: the nations leading and failing on climate action

There was a handful of positive stories. Almost 80 countries and more than 100 cities promised to achieve net zero greenhouse emissions by 2050. Some (mainly developing) nations pledged an end to coal use. And a few developed nations committed more money to the Green Climate Fund, which helps poor nations deal with climate change.

But for the most part, the urgent action needed to avert a global warming catastrophe looked a long way off.

High hopes but low expectations for the summit

Days out from the summit, millions of protesters marched at global climate strikes to call for strong climate action.

The task was given even greater urgency by a new report by the World Meteorological Organisation, coinciding with the summit, which said emission reduction efforts must at least triple to meet the goals of the 2015 Paris climate agreement.

“Nature is angry. And we fool ourselves if we think we can fool nature, because nature always strikes back and around the world, nature is striking back with fury,” Guterres said.

Read more: Why our response to climate change needs to be a just and careful revolution that limits pushback

Guterres convened the summit to ensure countries are developing concrete, realistic pathways to enhance their pledges under the Paris climate treaty. He wanted world leaders to outline plans to become carbon-neutral by 2050, tackle subsidies for fossil fuels, implement taxes on carbon, and end new coal power beyond 2020.

Few predicted the summit would deliver the global change required. For the most part, world leaders lived up to these low expectations.

The summit did not deliver

Under President Donald Trump, the United States had already pulled out of the Paris agreement – and its emissions continue to rise. China, arguably disincentivised to act without American participation, also failed to announce new targets and insisted developed nations should lead climate action efforts.

India outlined new plans for reaching emissions targets, but remains committed to coal projects well beyond 2020. And even the European Union, a traditional international leader on climate change ambition and action, did not announce a plan to reach carbon neutrality by 2050.

In a few bright spots, Slovakia confirmed that its subsidies to coal mines will end in 2023. Finland says it will be carbon-neutral by 2035, and Greece will reportedly close its brown coal plants by 2028.

But the disappointing showing by the world’s largest emitters means the summit was effectively a failure. 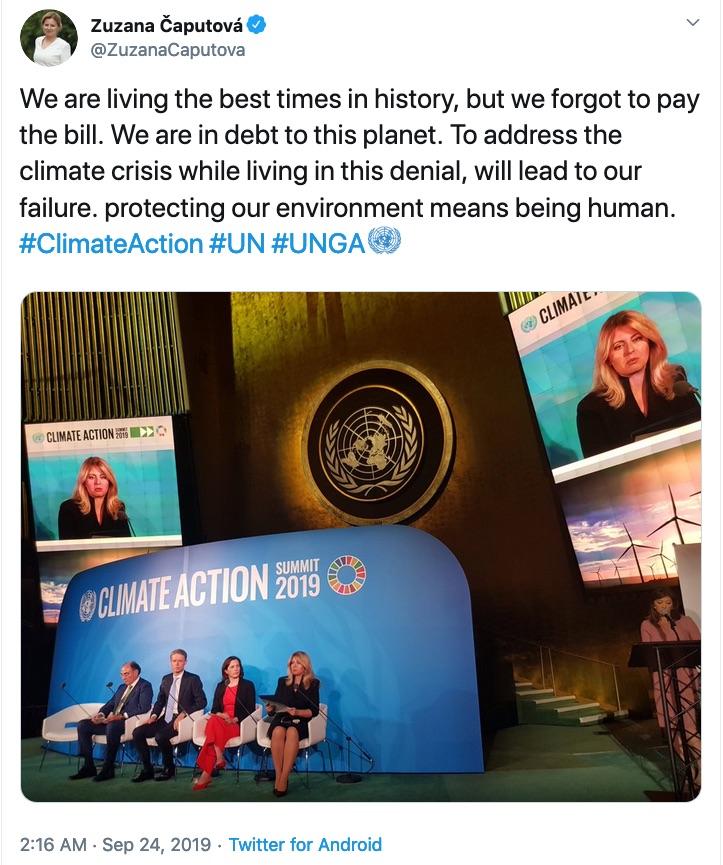 Australian Prime Minister Scott Morrison did not attend the summit – despite being in the US at the time. Foreign Minister Marise Payne attended but did not speak.

Morrison’s non-attendance largely reflected the position Australia took to the summit: ever-increasing emissions, no new mitigation targets beyond those announced in Paris, and no new strategies to reach the targets.

Read more: Why our response to climate change needs to be a just and careful revolution that limits pushback

Morrison was in good company. His host, Trump, also did not attend, except for a brief entry to hear Indian Prime Minister Narendra Modi and German Chancellor Angela Merkel speak.

Australia was not alone in failing to announce new climate action. But its wallflower status at the summit cemented its global reputation as a climate action laggard. Australia was also roundly criticised by our vulnerable neighbours at the Pacific Islands Forum in Tuvalu weeks before, confirming the growing gap between Australia’s climate action and its view of itself as a responsible global citizen.

“It is really very obvious who is absent from the room,” he reportedly said.

“Everyone is well aware that Australia has not made good on its promises in Paris to scale up its commitment to climate action.”

The World Meteorological Organisation said the five years to 2019 will likely be the hottest on record. We are in the midst of a climate crisis, and urgent action is clearly required.

Internationally, the challenge will be to create momentum in the face of US obstructionism and Chinese ambivalence. Guterres indicated he will continue to host these summits and will expect nations to pledge more specific and ambitious targets. Global protest action and mounting scientific reports of accelerating climate change may ramp up pressure for international action.

What about implications for Australian climate politics and policy? The US’ planned withdrawal from the Paris deal may have given Australia some cover for its own lack of climate action. But criticism from other international peers, including our Pacific neighbours, suggests that substantive action may be needed to achieve our foreign policy goals and restore our international reputation.

Pressure is also likely to build on the Morrison government at home. Opinion polls since 2012 have consistently shown growing public support for climate action, in the face of reduced government ambition. In the face of this, the federal government may eventually be prodded into meaningful action. But the climate clock is ticking fast.

• Matt McDonald is Associate Professor of International Relations, The University of Queensland

This article was first published at The Conversation