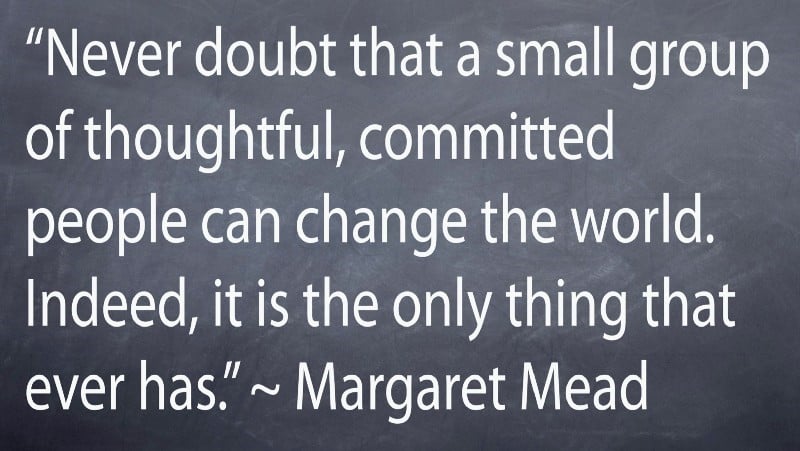 To this I add, imagine what a large group of thoughtful, committed, networked people can do? Lyndsey Jackson

How #notmydebt is using collaboration to hold Government to account

The Centrelink automated debt recovery system has spawned one of the most high profile social media campaigns ever mounted against the government in Australia.

The #notmydebt website and Twitter account have brought together hundreds of stories of people adversely affected by the government’s actions and engaged the media and the broader community.

The following piece from one of the organisers of the campaign, Lyndsey Jackson, describes how the campaign started and quickly grew to the point where major media outlets, unions and the Opposition were forced to take notice.

This follows Croakey’s earlier story on this issue questioning the lack of health sector engagement in this issue.  It highlights the point that this issue has significant health implications and provides solid evidence for the physical and mental health impacts of the government’s approach.

Perhaps more health groups will understand why this is an issue they should be involved when they have read the stories collected by this important and innovative campaign.

Not My Debt (#notmydebt) was not an accidental social media campaign that went viral. It was a deliberate strategy to demonstrate that when you provide the opportunity for people to participate in building and creating something they believe in, they will.

The project has been created and managed remotely, with flexible technology to show that the barriers and cost in creating such projects are minimal.

That Not My Debt went so viral so quickly was not fully foreseen. But what organisation could say that they saw the full extent of, and the public interest in, this issue earlier? Perhaps just Centrelink managers, consultants and the Minister; and the staff whose objections have fallen on deaf ears.

Since starting the site three weeks ago, Not My Debt has amassed over 360 news, analysis and press releases on the issue. The site has also collected 355 user stories that represent over $2.1 million in debts.

There is a dark cloud over these debts. Legitimacy aside, there is a system in place where people are being given debts they don’t understand, aren’t sure if or how they owe, or they are battling to have properly reviewed. The accounts from those sharing are emotive and sometimes distressing; for example search for the words “suicide” “anxious” or “distressed” on the website and you will find pages of results.

The Centrelink automated debt recovery system is an unmitigated disaster. It will be a lesson to governments and organisations around the globe on the failure of broad brush data matching.

“Big data” mining, data matching, and analysis is the best hope we have got of massively reducing costs in areas such as health and welfare. However, to assume that data collection, collation, and cleansing is passive and does not require human input is foolish.

If data is important and has a value, we have to create the jobs and the capacity for it to be collected and collated properly. People from non-technical backgrounds need to be taught the value of useful data, and how to recognise, collect, and use it. Those that are technical but have no insight into the sector tend to be unimaginative or far too removed to contribute ideas that will truly transform; and they attack with a broad brush rather than manageable, logical chunks.

Whether he meant to express it so eloquently or not, when Senator Abetz’s said on 17/1/16 to ABC Radio Hobart that the problem with the Centrelink data was “garbage in, garbage out”, he summed up the quality and reliability of the data pretty well.

One person that came to our site coordinators had used Freedom of Information to get their personal Centrelink file: they received 226 pages. This person is a young, successful student; their interaction with Centrelink has been minimal, brief and unexceptional — how did they end up with 226 pages?? It revealed a litany of system and process errors and incorrect data; and added no clarity as to whether their debt was indeed legitimate.

There is no joy in uncovering the level of anxiety, stress, and fear that the Not My Debt campaign has revealed. Anyone that dismisses the individual stress should consider themselves lucky, as they have obviously been immune from the stress getting a letter from a department that holds so much power.

Centrelink is our social safety net; what’s left when the safety net lets people down?

The Not My Debt site was sparked by a tweet, on a hunch that once it was initiated it would snowball and people would support, participate, and share. And they did. Over a long weekend, at the start of January when nothing in politics or government or the not for profit sector is supposed to occur.

Personally, the Not My Debt site build has been the most dynamic, collaborative and organic site build I’ve ever worked on. The entire build was done openly using a Drupal distribution. Those engaged in the process saw the site transforming live; the speed of input and ideas was breathtaking. Apologies to anyone whose voice and ideas was lost — it was crazy — hit me up again, I still want to hear from you! The Not My Debt twitter was started on day three, and a media frenzy ensued on day four.

In the two weeks that have followed, the site build and function has been refined and the strategy bedded down. The energy behind such a collaborative build has been exhilarating, there is truly a feeling that people power can make a difference and right an enormously damaging wrong.

The thing about collaboration is that done well the energy and the work no longer rests on one set of shoulders. It’s shared, dispersed to individuals, groups, and organisations that have particular skill sets, knowledge, and interests. This combined is a force, and this has been unleashed.

Not My Debt is designed to show that through technology we can collaborate cheaply, efficiently, and quickly. These processes can easily be replicated and extended, and eventually networked.

There is an opportunity here to right a damaging wrong, and to change the discourse on the role of institutions like Centrelink and their impact in supporting people to have better lives. Importantly there is a duty of care from Government that we as citizens must demand.

I can’t easily place a number on the people that have contributed to the build in one way or another. Partly because the design was such that the door was wide open for people to contribute small amounts based on what they had to offer, time they could give, or skills that were needed. Things have settled and there is now a stable core and an extended support network. How do you count or place a value on the input of people on twitter that keep the conversation alive and the encouragement flowing? Or the organisations that are coordinating their response and support to people affected by this issue?

In 2016 we watched countries make choices blinded by hate and fear; without positive social action we run the risk of eroding our communities. There are people that don’t want this and are willing to stand together to work on building a different legacy.

Not My Debt shows that when you use technology in ways that connect people, with an invitation for them to participate and to contribute their expertise, skills, and time — people will.

Note: Community collaboration requires connectors, those that can connect a message, ideas and people. There is no way that Not My Debt would have achieved the reach and level of depth of connections and information required to uncover the severity of this issue without the efforts of Asher Wolf. Personally, I have never seen anyone command, direct, and curate information to the extent that she can.

Lyndsey Jackson is a former CEO now working with organisations that are interested in using technology to build community and collaboration. She is particularly interested in projects where success requires the engagement of people from a non-tech background; and on projects supporting rural and regional development.

This article first appeared on Medium and is republished here with permission. You can follow Lyndsey on Twitter.