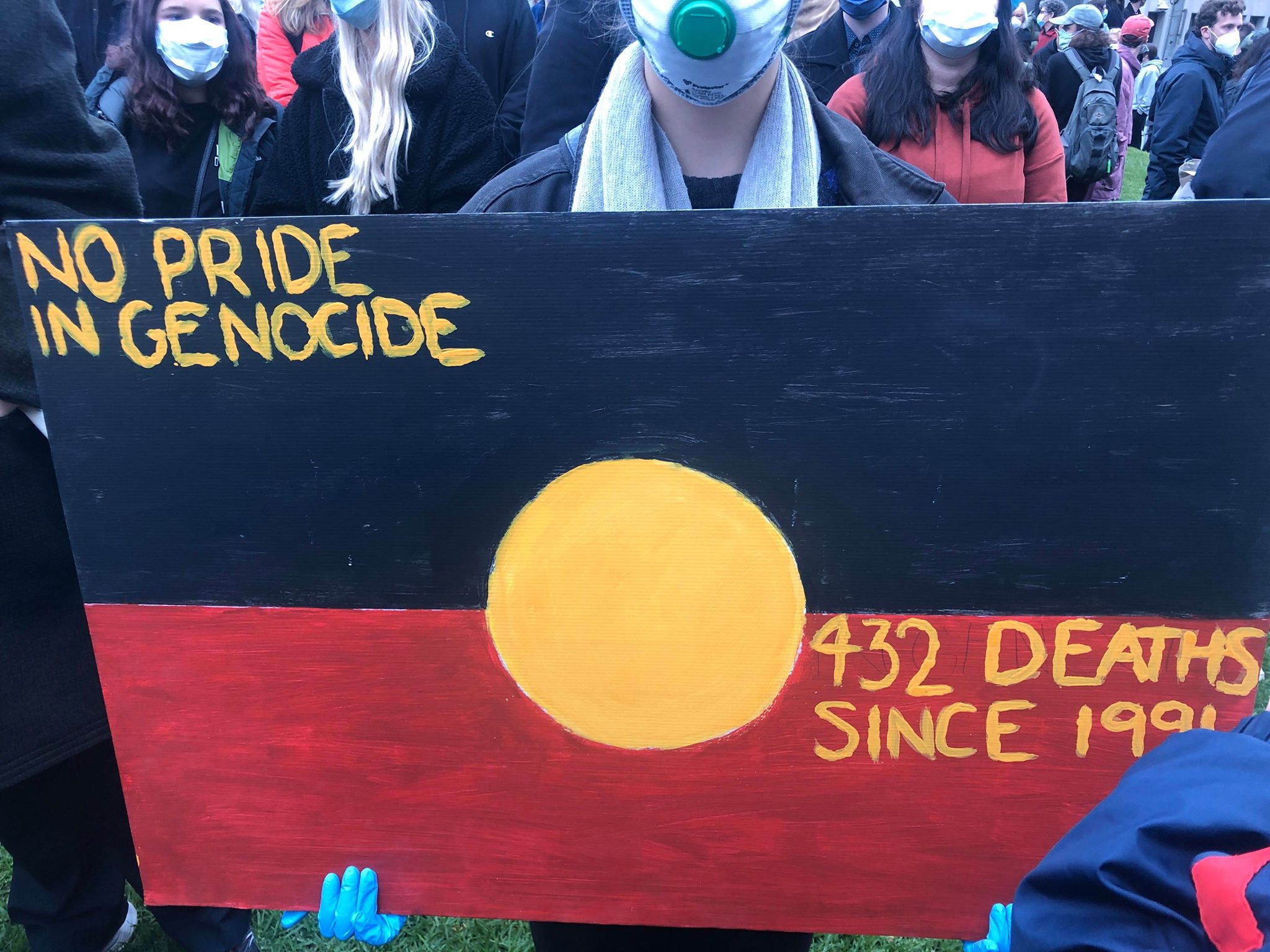 How political game-playing is putting prisoner safety at risk

The Federal Government on Wednesday confirmed its support for a much-heralded United Nations treaty to prevent mistreatment in prisons, police cells and other secure settings but its already long-delayed implementation appears mired in an argument with states on funding.

That’s despite the ability of the treaty to “shine a light into dark places” – ever more critical in Australia with Black Lives Matter rallies across the country on the weekend demanding an end to Aboriginal and Torres Strait Islander deaths in custody.

Even as the mass protests, sparked by Floyd George’s horrific death at the hands of police in the United States, were making their way through cities and towns came news of two new traumatic incidents involving Aboriginal prisoners in Western Australia.

One man died after collapsing in a prison, and a woman was critically injured after being reportedly “body slammed” by prison guards. Shocking video footage also emerged last week showing a New South Wales police officer kicking the legs out from under an Aboriginal teenager and pinning him to the ground.

Advocates say the Optional Protocol to the Convention against Torture and Other Cruel, Inhuman or Degrading Treatment or Punishment (OPCAT), which is operational in about 90 countries including the UK and New Zealand, will allow scrutiny in places that justice watchdogs in Australia currently cannot access due to lack of authority or resources.

They say it will particularly strengthen national oversight of youth detention facilities and police lockups in remote regions, and might have prevented abuses of young Aboriginal people at the Don Dale facility in Darwin that shocked Australia in mid 2016.

“They can identify pressure points which if left unchecked, could result in riots. They promote rehabilitation, which makes the community safer. And while they cost money to implement, it costs far more to deal with the consequences of ill-treatment.”

OPCAT was ratified in 2017 by Australia under then Prime Minister Malcolm Turnbull, but implementation was postponed for three years.

A UN visit to Australia in March to conduct inspections and provide advice on implementation was postponed due to the pandemic and new concerns for the treaty’s future in Australia arose last week following a media report that states were set to “revolt”.

However, a spokesman for the Attorney-General Christian Porter told Croakey on Wednesday his office was “not aware of any revolt” apart from the media report, saying:

But it’s clear that state governments want the Federal Government to pick up the bill, given they say it signed the treaty. What’s not yet clear is whether they want Canberra to just fund the United Nations inspections that accompany OPCAT or also domestic operations.

“Minister Wingard would rather taxpayers’ money be spent on these programs rather than flying in UN officials and their entourage.”

“The implementation of OPCAT has significant financial implications for every state and territory in Australia, which has not been resolved by the Federal Government.

“The WA Government has lobbied the Federal Government repeatedly at every opportunity to reach a resolution on the necessary funding to make these protocols viable.”

Deborah Glass, who has conducted an OPCAT-like investigation into solitary confinement of young people in Victoria, warned last month about “lack of official enthusiasm” for OPCAT in Australia, which she said was “deeply disappointing”.

Victoria’s Commissioner for Children and Young People (CCYP) Liana Buchanan also finds it “difficult to fathom” why OPCAT would not be supported by all governments.

Buchanan said the need for OPCAT level scrutiny was to be seen with last week’s High Court finding that the use of tear gas on youth detainees at Don Dale was illegal, “and with many other instances of mistreatment of young people in youth justice detention nationwide”.

She told local media that while her role provided oversight at the Cavan Youth Training Centre, there were “serious gaps” of other places where children are detained, including in police custody, particularly in remote communities, or in mental health wards.

She highlighted the shocking death in April of Adelaide woman Ann-Marie Smith from severe septic shock, multi-organ failure, and issues connected with her cerebral palsy, after being stuck in a cane chair for 24 hours a day for more than a year.

It was, she said, an example of “what can happen when vulnerable people are not adequately protected”.

Leading OPCAT advocate Steven Caruana said he is confident there is considerable support among Corrections Ministers for OPCAT.

He said Natasha Flyes, the Northern Territory Minister for Justice, is on the record stating that OPCAT implementation “reflects our commitment to let international best practice inform our continuous improvement of oversight of places of detention”.”

Shane Rattenbury, ACT Minister for Corrections, had said the ACT’s support for OPCAT ratification “speaks to our proud history of legislating to protect the human rights of ACT citizens, including our most vulnerable”.

But Caruana, coordinator of the Australia OPCAT Network, said it would not surprise him if the sticking point was funding.

He said Network members are “firmly of the view” that the Federal Government has a responsibility to assist the state and territory governments to meet the resourcing needs of OPCAT’s implementation in Australia.

He referred to a point made about this from Greens Senator Nick McKim at the 2019-20 Supplementary Budget Estimates, that six months of operational cost to keep Christmas Island open ($30 million) is roughly equivalent to funding Australia’s strongest justice watchdog, the WA Office of the Inspector of Custodial Services, for seven years.

This article was supported by the Judith Neilson Institute for Journalism and Ideas.