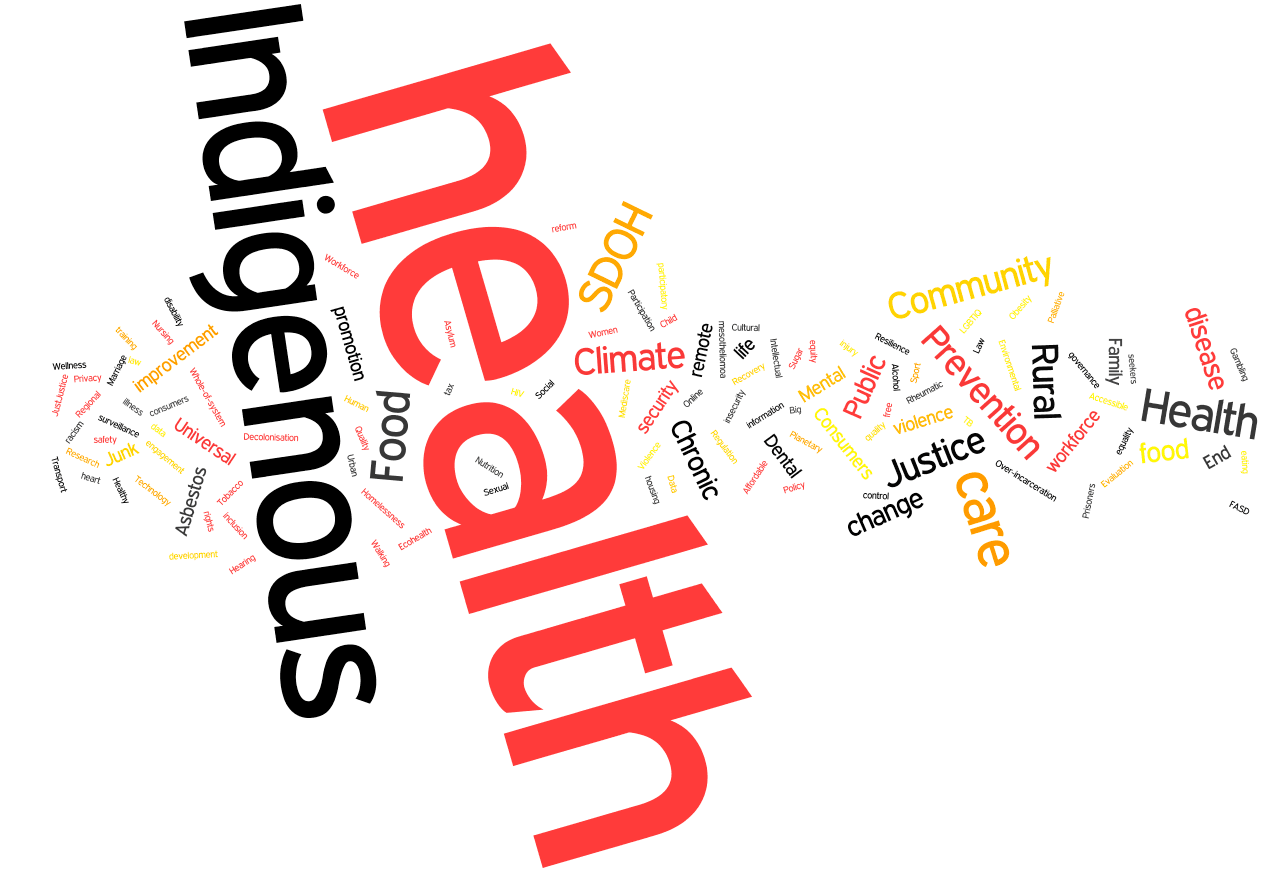 How @WePublicHealth packed a punch in 2016

When our rotated curated Twitter account – @WePublicHealth – launched in August 2013 (borrowing from the successful model of @IndigenousX), it was billed as a new model for citizen journalism with a public health focus.

One of the goals has been to encourage creative use of Twitter for public interest discussions and investigations, in line with Croakey’s broader remit to put a focus on under-served health issues and communities.

Since the account was set up, @WePublichealth has sent 46,600 tweets and gained 11,000 followers. Each week, a sample of the tweets is archived to create a record of topics covered.

In 2016, there were 62 guest tweeters (sometimes more than one person tweets from the account during a week), who collectively sent 4,588 tweets (ranging from 18 tweets in January to 644 in June), according to the Twitter Analytics below.

The account is run on a pro bono basis; Croakey is not remunerated for our time in running it, and nor are the guest tweeters paid for their time (unless they are taking it on as part of their work activities).

Nonetheless, @WePublicHealth is building considerable social and political capital which can be harnessed for Croakey (for example, in supporting our Croakey Conference News Service and other paid activities) and for the wider community of guest tweeters and those concerned with public health.

Below we offer a general overview of @WePublicHealth’s activities for 2016, in the hope that:

As you may have seen, we are holding a #CroakeyGO walk in Melbourne this Saturday (5 August) and one of the topics we hope to discuss will be public interest journalism futures.

Hopefully, as we walk and talk, we may also gain some ideas for the future development of @WePublicHealth – where next?

Thanks to Mitchell Ward for producing the graphics and images below. 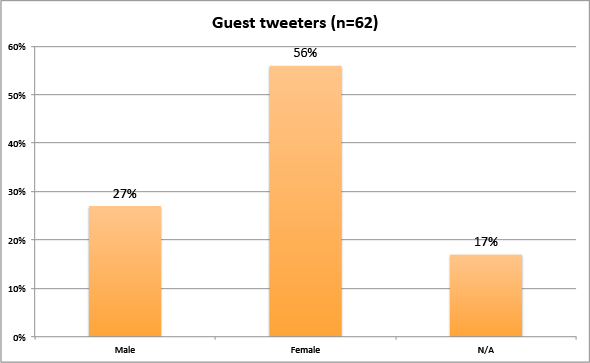 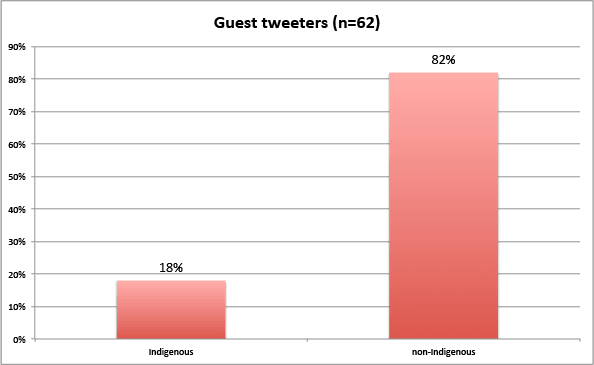 The Wordle below indicates the backgrounds of the individuals and organisations who guest tweeted in 2016. 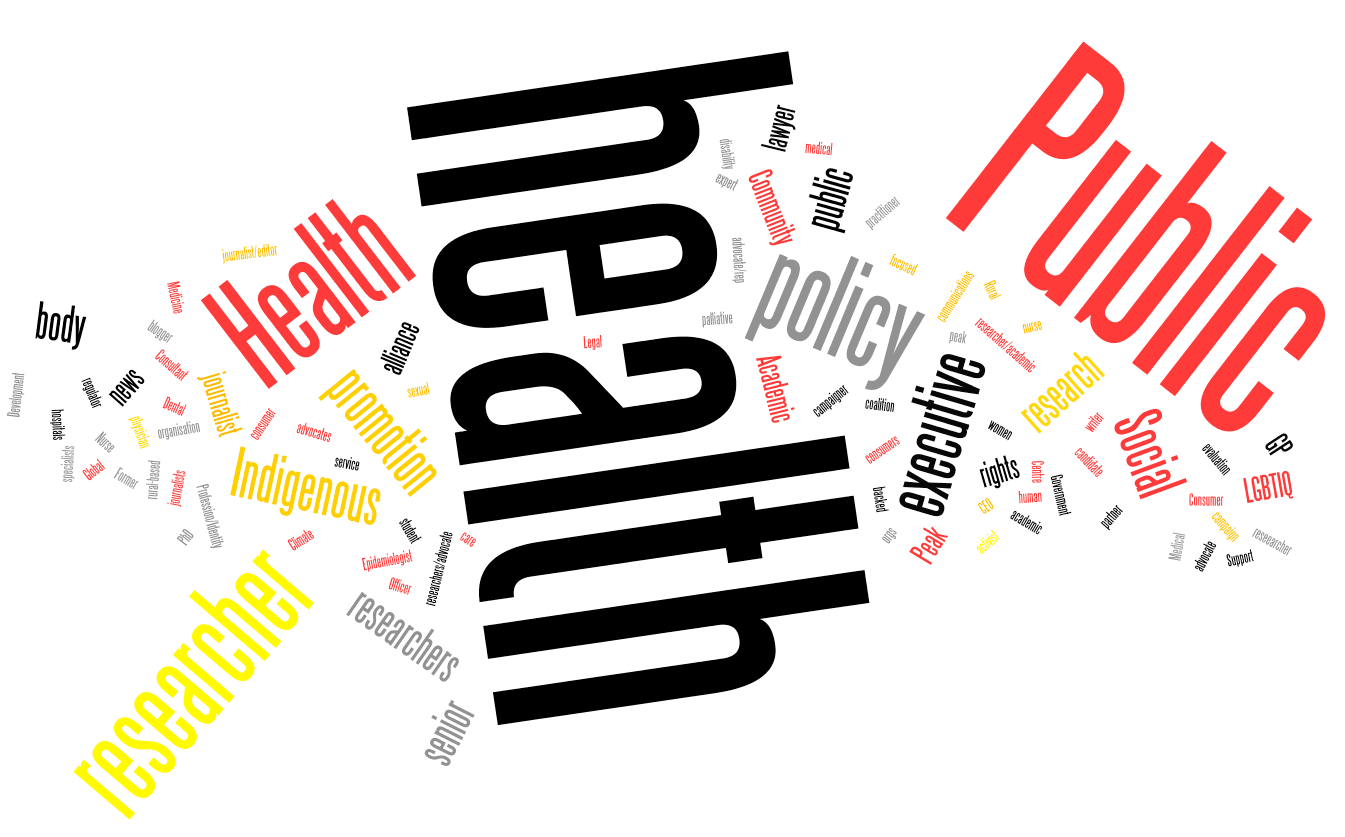 You can download a full analysis of the 2016 archives, undertaken by Marie McInerney: WPH_statistics_2016

This table below can also be downloaded: WPH_analytics_2016 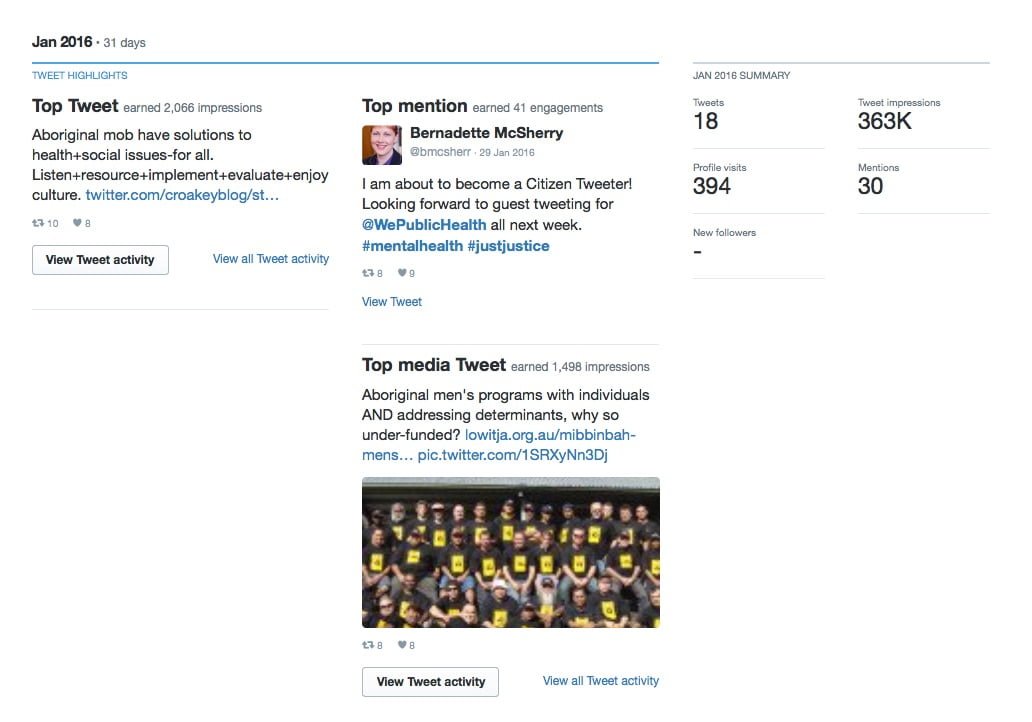 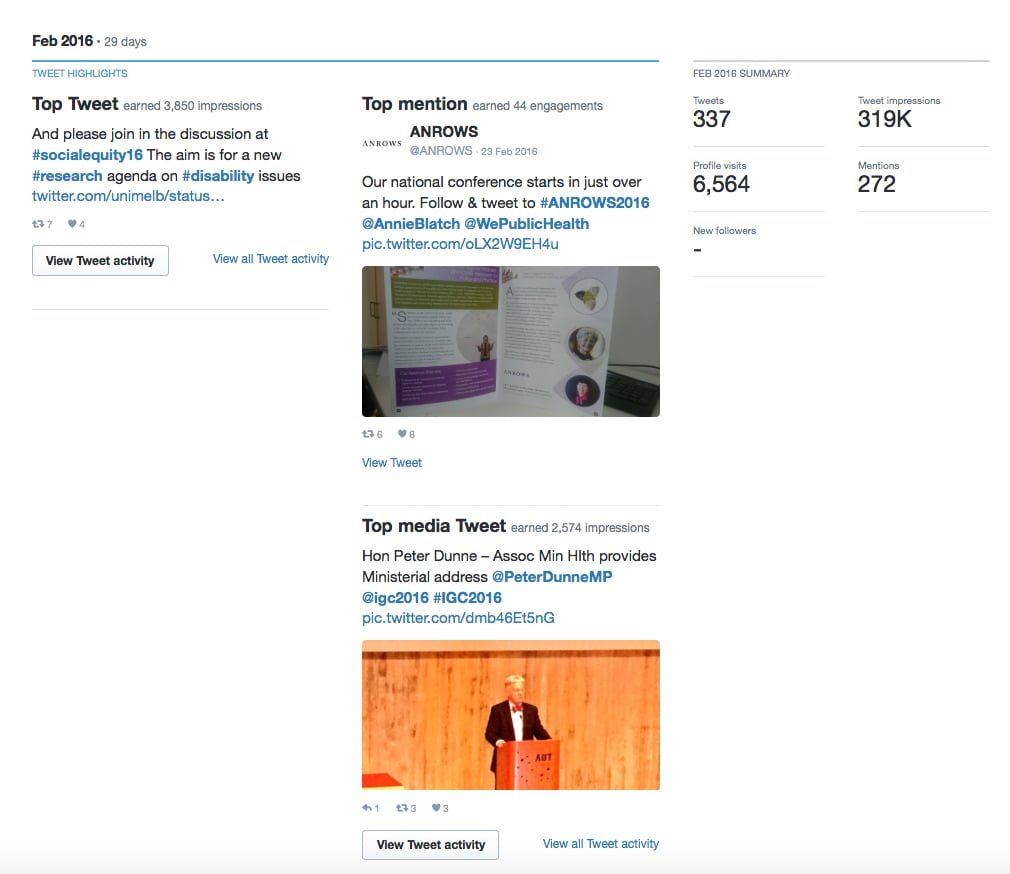 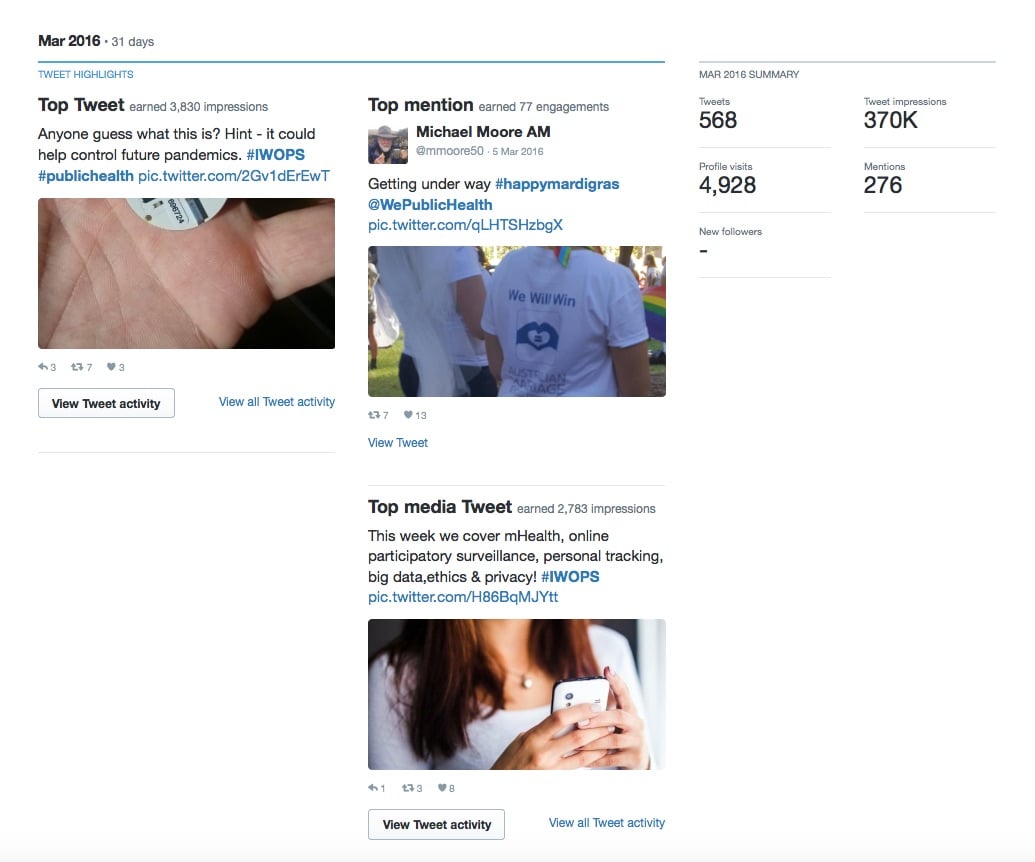 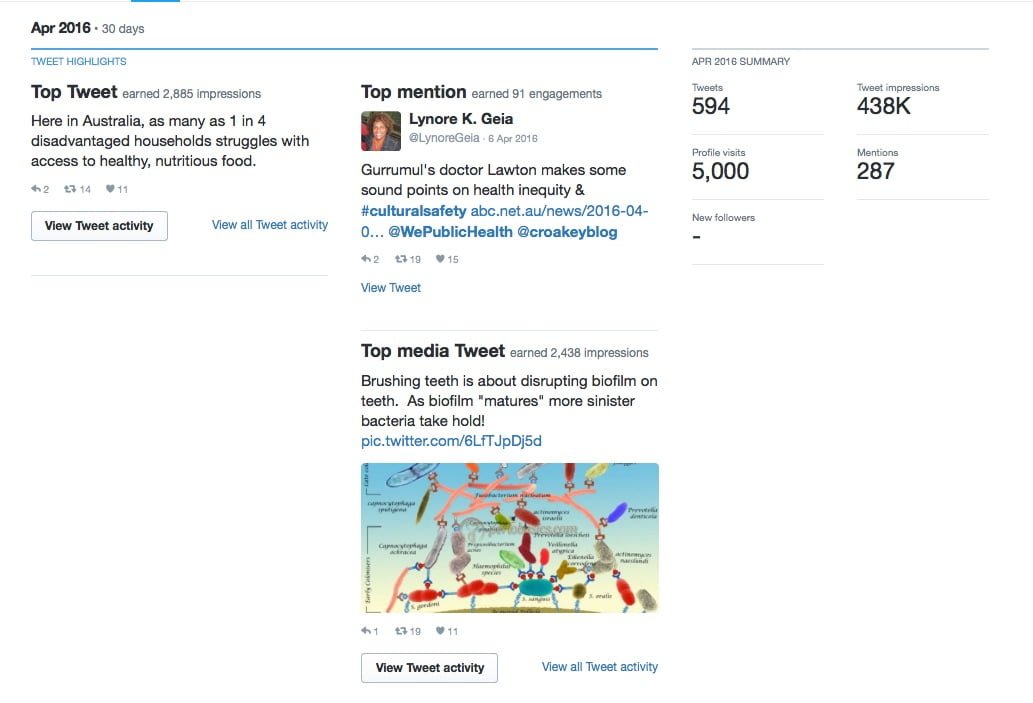 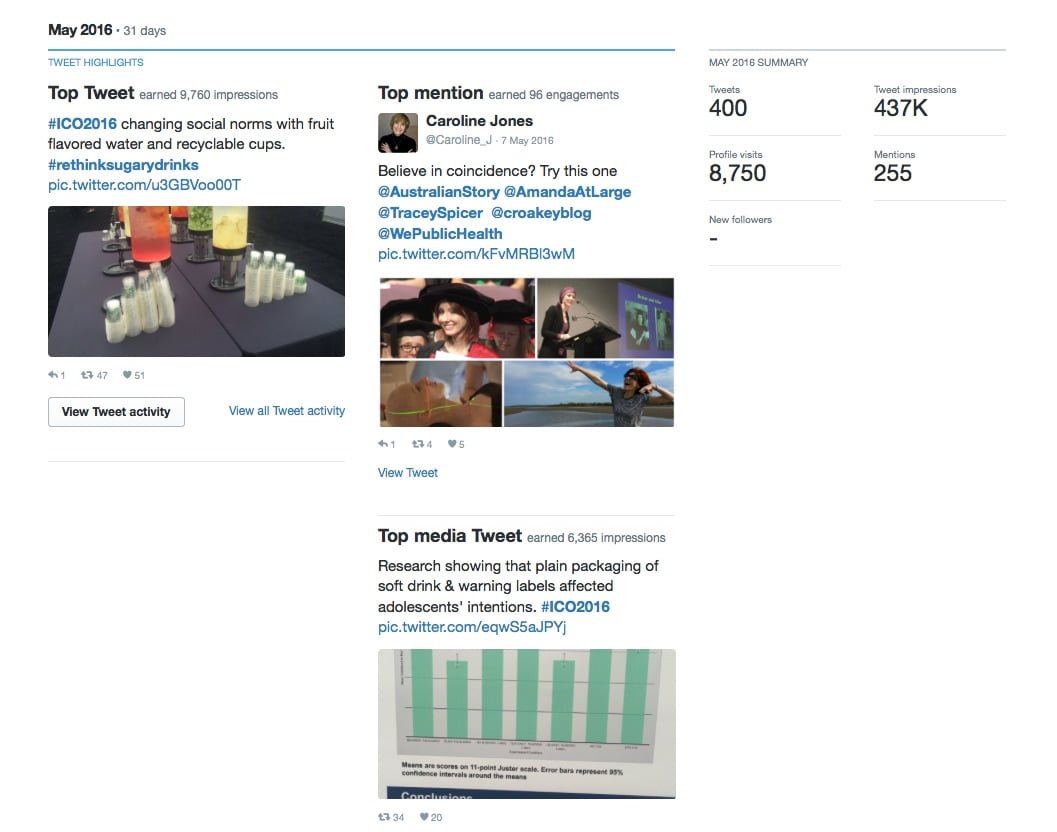 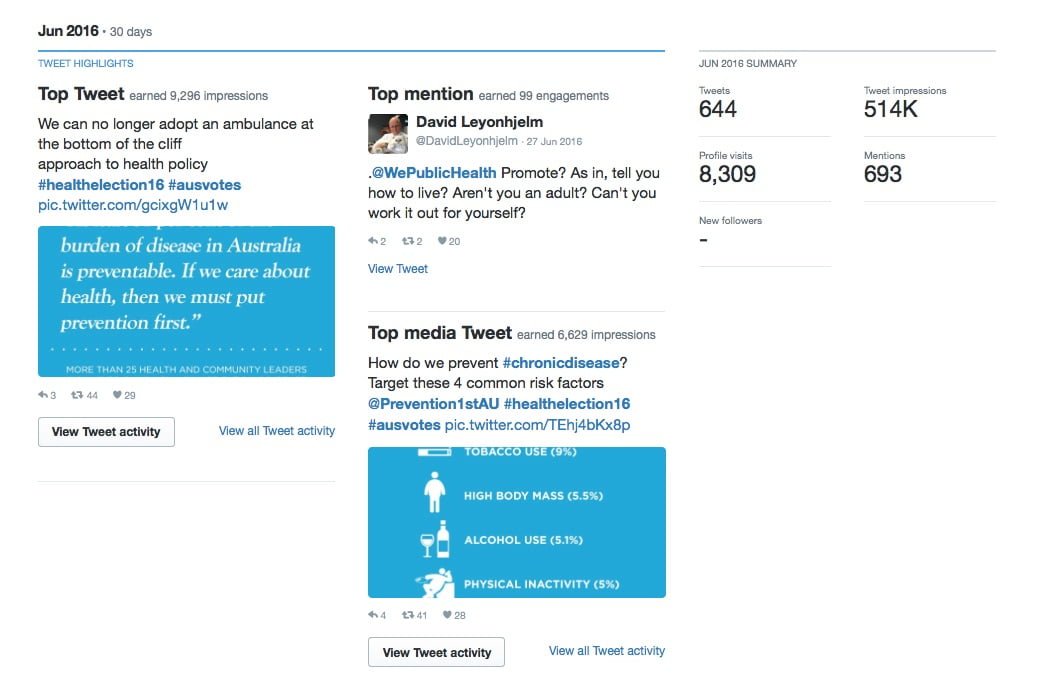 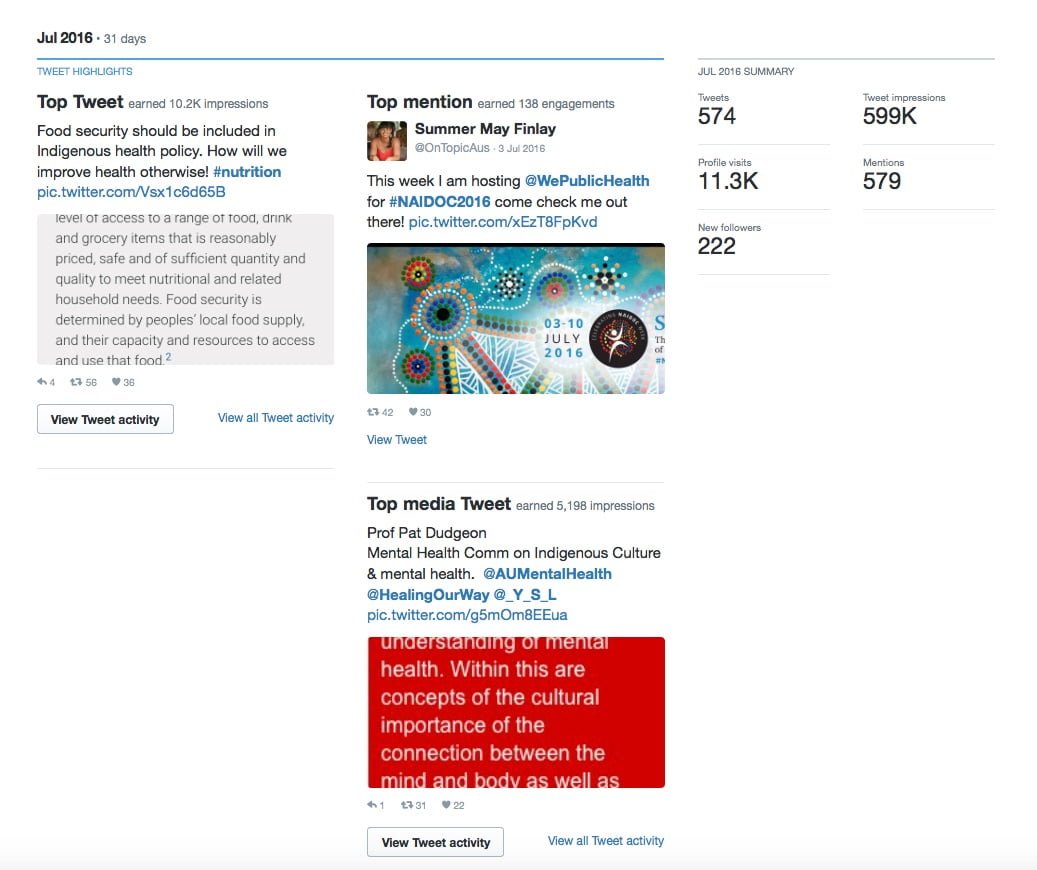 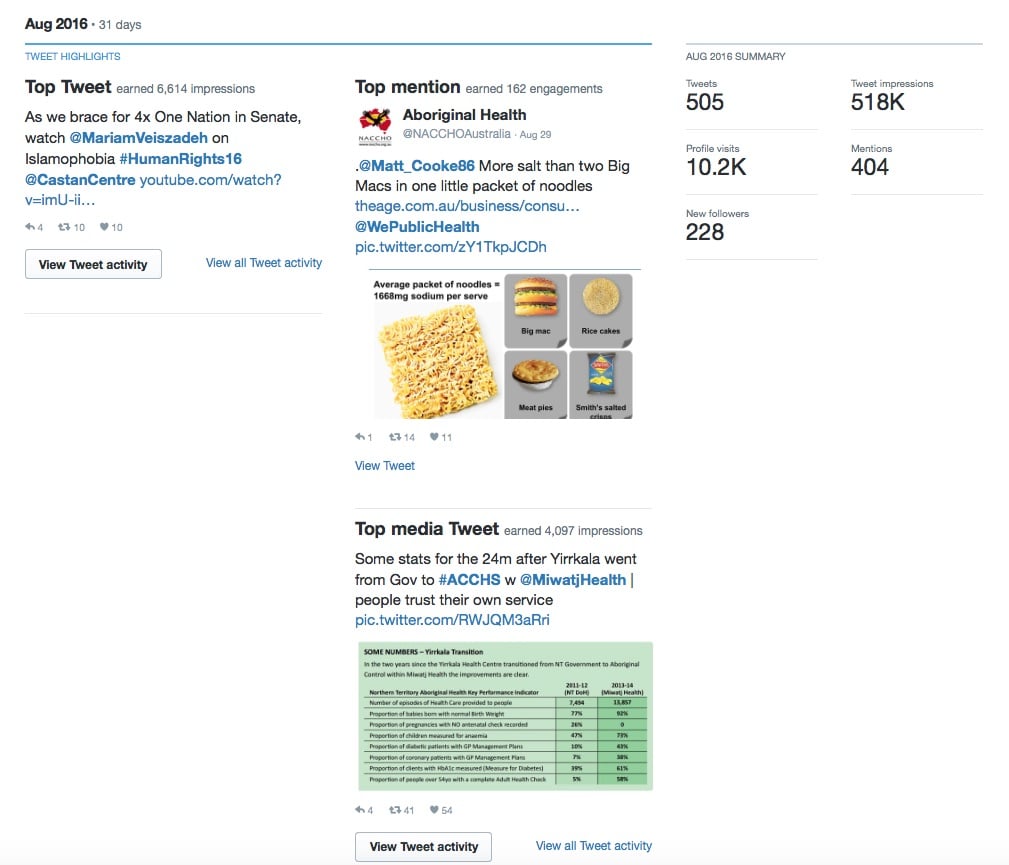 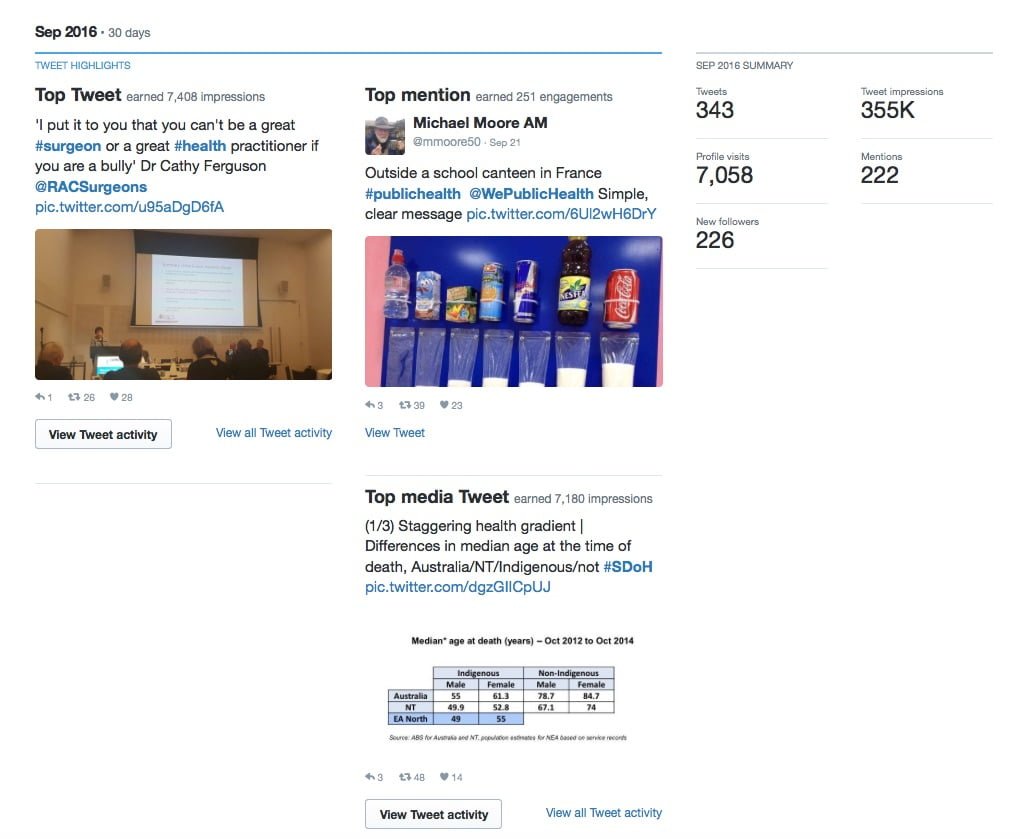 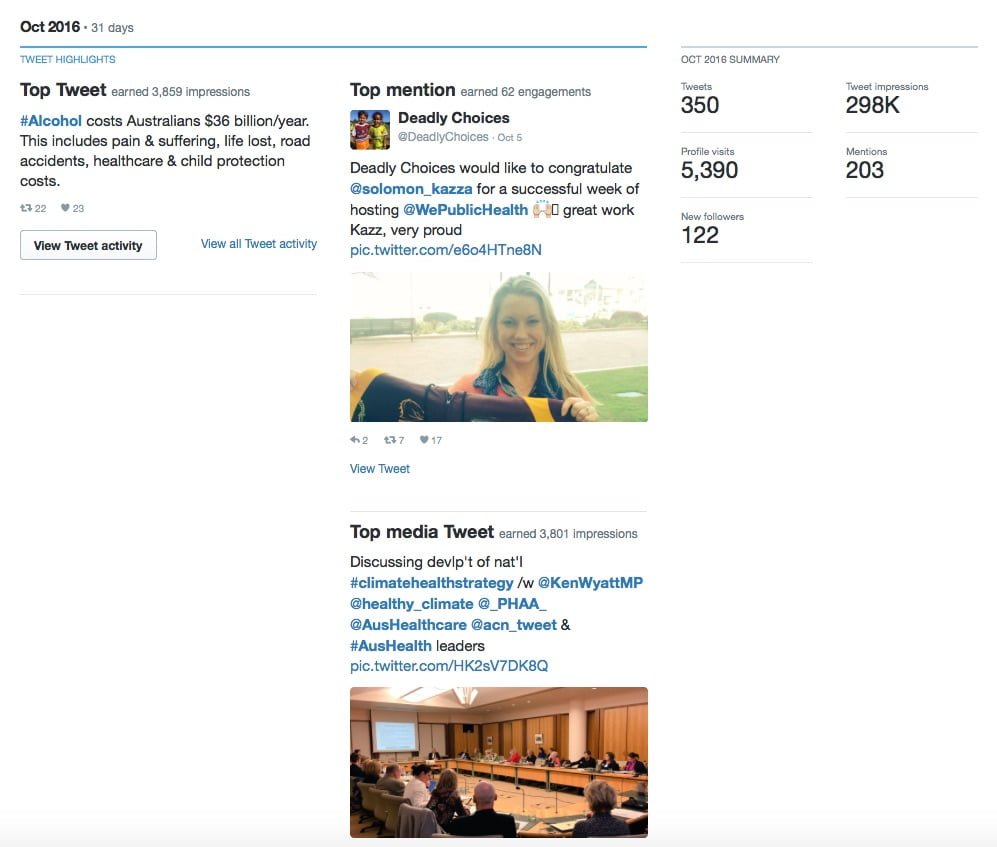 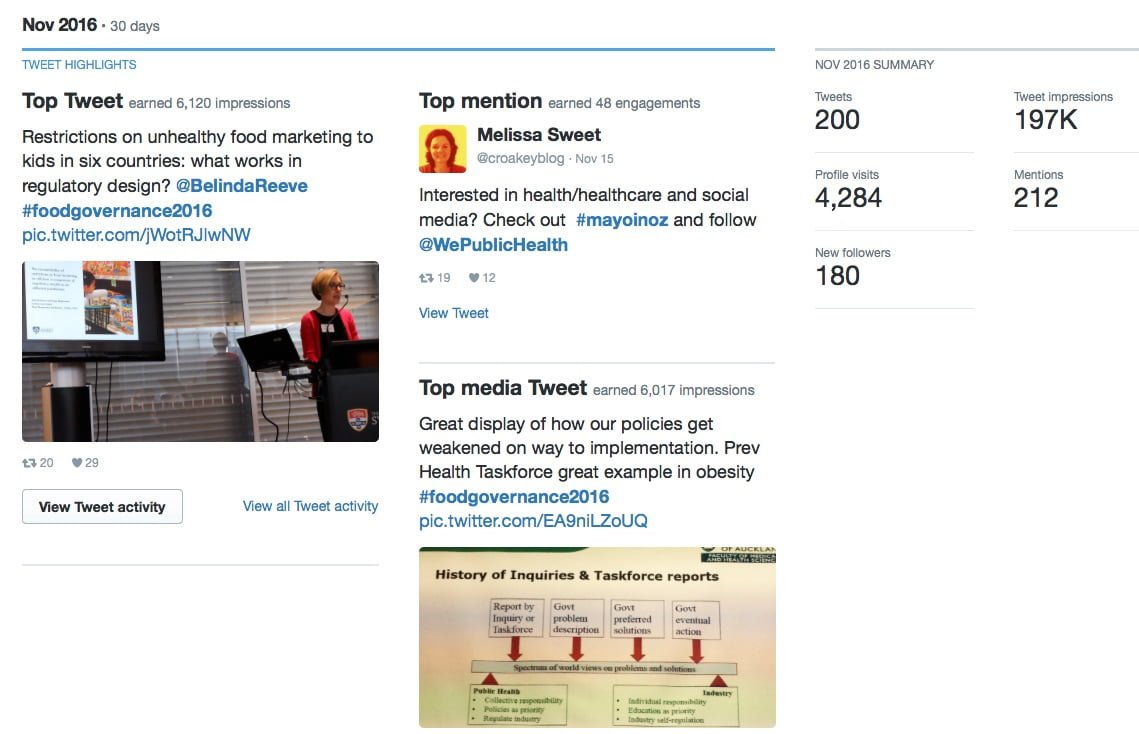 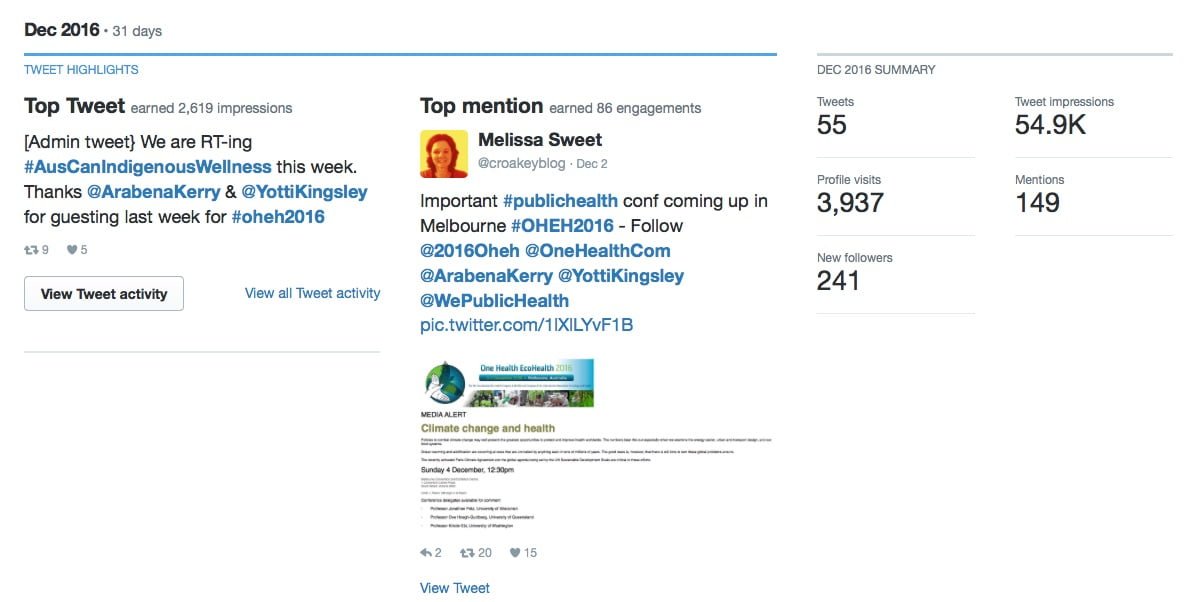