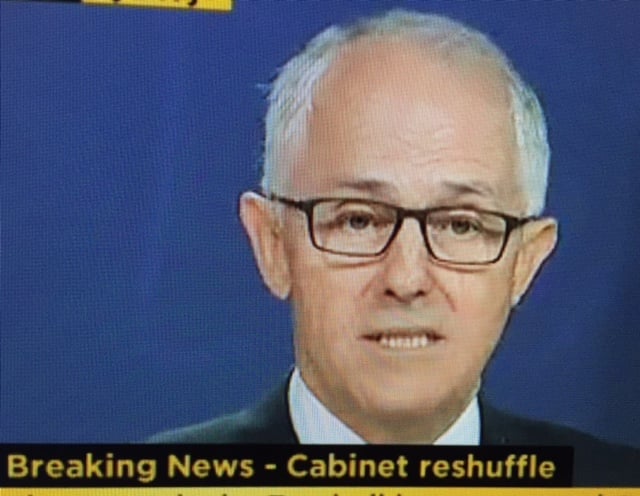 The question of who will take over the Federal Health Ministry was answered this morning, with the announcement by Prime Minister Malcolm Turnbull that he had appointed Greg Hunt as the Minister for Health and Sport, taking over from Sussan Ley’s portfolio.

Hunt has been Minister for Industry, Innovation and Science for the past six months, and prior to that was Minister for the Environment for three years. He released a statement soon after this morning’s announcement, recognising the importance of healthcare and its workforce, medical science, Medicare, mental health and sport, expanding on this and adding a strong commitment to Indigenous Health (more on that below) in a speech at Frankston Hospital later in the day.

Hunt told those gathered at Frankston that he was honoured to be appointed as Minister for Health, and that his passion for health care was derived to some extent from admiration for his mother and his wife, both of whom were nurses.

He said he had already spoken to representatives of “magnificent” health policy organisations such as the AMA, Private Health Insurers, and the Pharmacy Guild, so he is taking calls. Hopefully he will have a chance to read Croakey’s recent compilation to-do list and to consult more widely as he begins the difficult task of fully comprehending his portfolio.

Some of the many loose ends in the health portfolio are detailed in Croakey’s earlier post, and also in this article by Professor of health policy, Jim Gillespie, at the Conversation.

There was a mood of cautious optimism about the new appointment on Twitter. 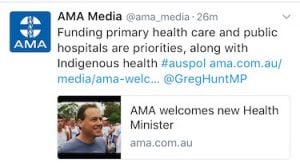 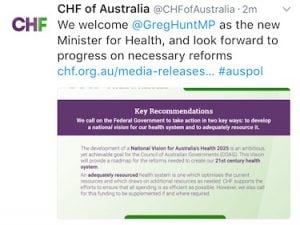 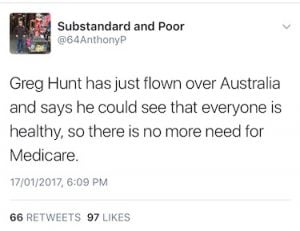 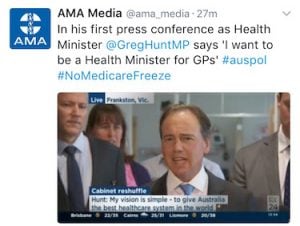 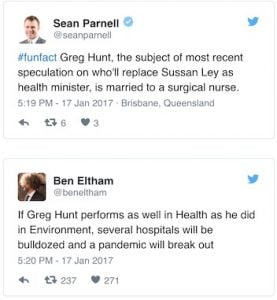 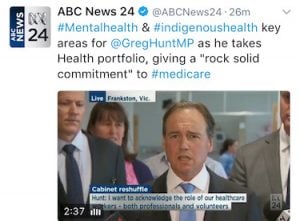 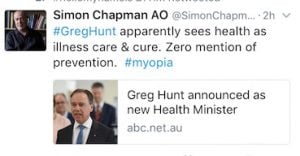 Wyatt’s heritage includes Yamatji, Wangai and Nyoongar and Wongi ancestry, and he now becomes the first Indigenous person to occupy a Commonwealth Ministry, having been the first Indigenous member of the House of Representatives in 2010, and the first front bencher with his appointment as Assistant Minister, Health and Aged Care in 2015.

He has a strong track record in health and education and is widely respected in the Indigenous health sector.

There is a lot of love for this appointment, with individuals and organisations expressing their support on twitter, and even a new hashtag, initiated by Indigenous advocate and writer, Karen Wyld, #KenCanYou 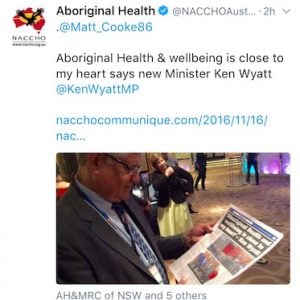 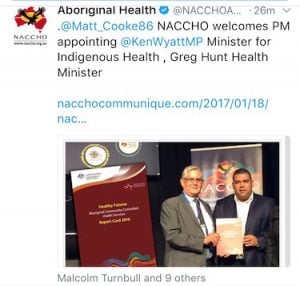 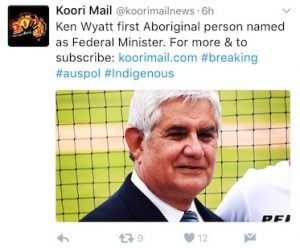 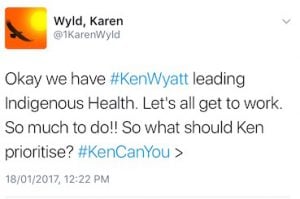 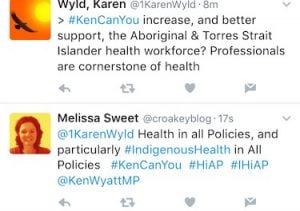 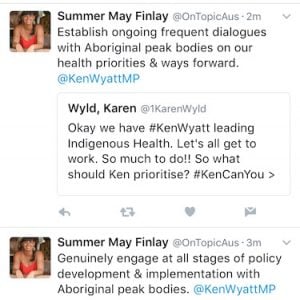 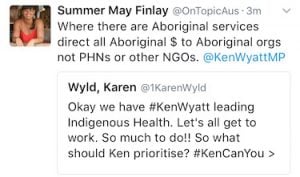