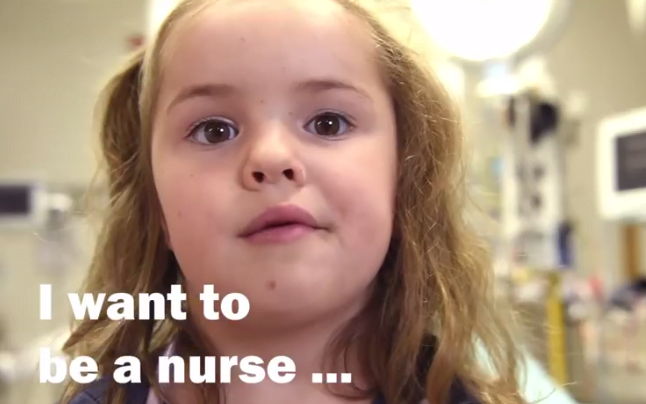 Still from the video Help Us, Help You, created by Royal Melbourne Hospital (RMH) Emergency Department (ED) staff to raise awareness of occupational violence and aggression in healthcare.

“I was sworn at, hit, threatened & forcibly kissed”: call to end violence against health care staff

Incorporating examples of what emergency staff experience and CCTV footage of actual incidents, the video is being played in the hospital’s Emergency Department waiting room as part of the Department of Health and Human Services and Worksafe Victoria’s Occupational Violence and Aggression campaign.

Australian College of Nursing CEO Adjunct Professor Kylie Ward FACN says nurses are at highest risk, given they are usually the first clinical point of contact for patients in most health care settings.

In the post below, she calls for stronger action to provide safe work places for health professionals, including the adoption nationally of Gayle’s Law, introduced in South Australia following the murder of remote nurse Gayle Woodford.

While working as a nurse on health’s frontline I was sworn at, hit, threatened and even once forcibly kissed. None of these events were particularly extreme (compared to what some nurses experience), but for health workers every shift the threat of violence is so regular it becomes familiar and something you know you are likely to experience as part of your day’s work.

In the last month, a video has been released showing how very real the risk is to those caring for our community. The disturbing footage shows patients flinging chairs and lunging at staff at Royal Melbourne Hospital. It was released by workers in protest against the rising tide of abuse they are being subjected to. In 2017, the hospital recorded nearly 7500 incidents, including nine ‘code black’ incidents involving aggressive patients with a weapon, which is a huge increase of 85 per cent over the past four years

Violence against health care workers is not restricted to this one hospital or state, it is a global and national problem. The World Health Organisation estimates between 8 per cent and 38 per cent of health workers suffer physical violence at some point in their careers.

For the nursing profession this number is much higher. Research published by the Australian Institute of Criminology found the health industry is the most violent and nurses are the most at risk occupational group.

Nurses are usually the first clinical point of contact for patients in most health care settings and tasked with triage. Triage is essentially determining the severity of a patient’s problem and therefore the urgency with which they need to be seen. Waiting and feeling frustrated over not being cared for in a manner they deem acceptable can be a trigger for violence by patients or their family and friends.

In 2005, the final report of the Victorian Taskforce on Violence in Nursing referenced research that found as many as 95 per cent of nurse respondents had experienced repeated episodes of aggression in the past year, with 80 per cent reporting multiple episodes of physical aggression.

Governments and health systems must adopt a zero-tolerance approach to violence against health care workers. Health care workers are saving the lives of Australians and should never have their own lives and wellbeing threatened simply because they are doing this important job.

If this issue is not addressed, we will find our already deficient workforce numbers plummeting further – then who will care for us in our time of need? It is already projected that by 2030 Australia will have a shortage of 120,000 nurses. There is numerous evidence that facing violence and hostility on a regular basis impacts on recruitment and retention of nurses.

The Victorian Government had started addressing this issue prior to the images from the Royal Melbourne Hospital coming to light. It has made safety a priority and is investing significant funds in hospital security. Other jurisdictions must follow suit and we need to protect health care workers in all settings.

The Australian College of Nursing supports calls for employers of rural and remote area nurses (RANs) and health practitioners to review policies encompassing single nurse posts and afterhours call outs. We want Gayle’s Law – which has only been passed in South Australia – to be adopted in every state and territory in Australia, ensuring that two responders are required to attend all call outs afterhours.

Governments also have a responsibility to increase their security spend, particularly in facilities with a record of violence and ensure that harsher penalties are imposed on those who assault health care professionals. There must be a cultural shift that encourages nurses to speak out when they are threatened or harmed instead of feeling they have to accept violence as the ‘norm’, as part of their job.

We must care for those who care for us. Just one incident of violence against our doctors, nurses and other members of the health care team is one too many.