Home Indigenous health Ian Thorpe on #closethegap: “We now need all state and territory governments to contribute their fair share”

Ian Thorpe on #closethegap: “We now need all state and territory governments to contribute their fair share”

Social media advocacy  is on over-drive around tomorrow’s COAG meeting and the push for national signup to the National Partnership Agreement on Closing the Gap in Indigenous Health Outcomes, which is due to expire at the end of June.

Ian Thorpe, patron of the Close the Gap campaign, has published an open letter today calling for united action (for the difference between the Close the Gap and Closing the Gap initiatives, see this previous Croakey article).

The Federal Government has just announced $777 million to fund its share of the agreement for a further three years to 30 June 2016.

The Australian Government provided $805.5 million / 4 years for the initial National Partnership Agreement on Closing the Gap in Indigenous Health, with $317.9 million of this allocated in 2012-13.

The new funding of $777 million / 3 years announced today is described as “an increase over previous per annum expenditure.”

That is true – but it does mean that funds for each of the next 3 years will be less than in 2012-13. We await news of which programs will be cut and where.

Meanwhile the government’s media release says “While this work is encouraging we know there is more to be done.  We need sustained investment and effort to continue the momentum and ensure continued progress.”

Croakey hopes to have more coverage and analysis of this issue next week. This recent article from Selwyn Button, CEO of the Queensland Aboriginal and Islander Health Council, argues the case for a greater spend in the community controlled sector. 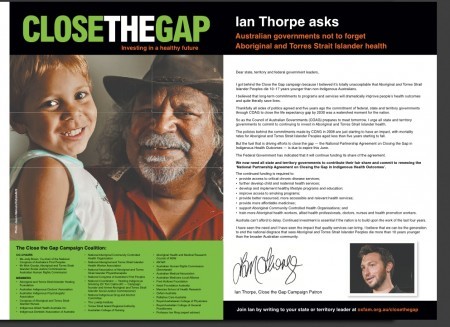 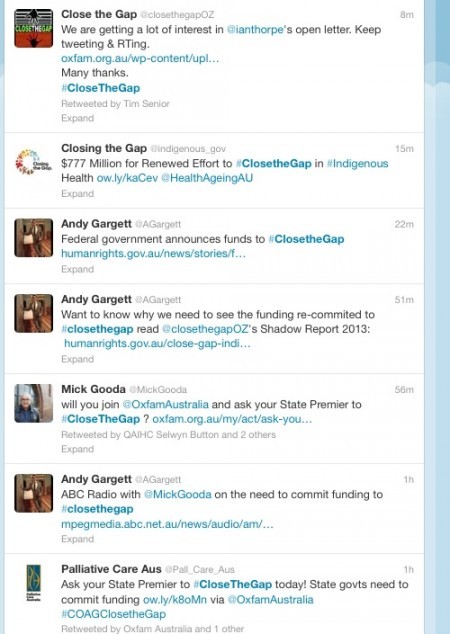