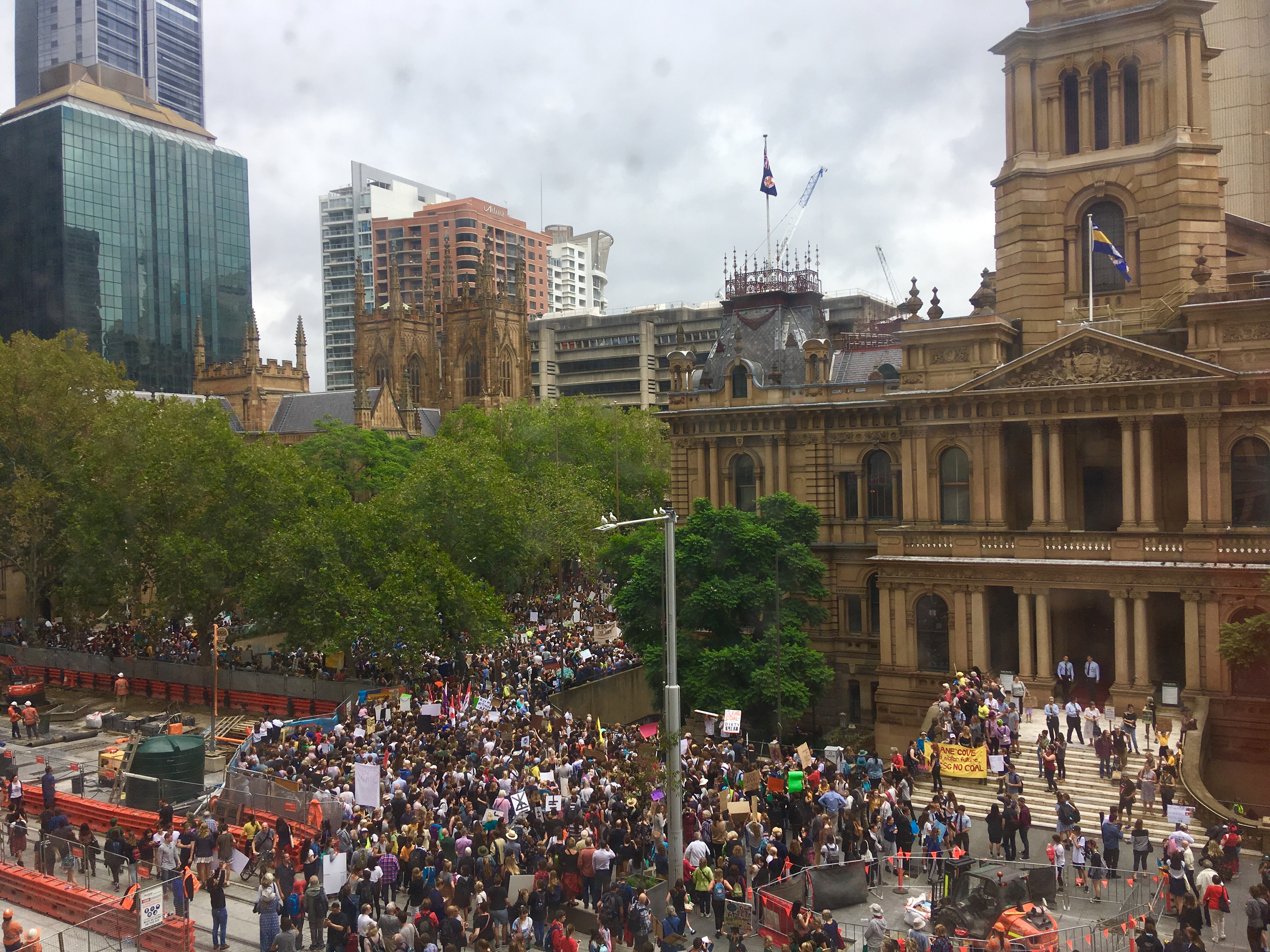 I’m too young to vote so tell me, what’s more important than the climate crisis?

Imogen Senior is seventeen. She missed out on a vote in the federal election by a matter of months, but she knew in the lead-up to the big day that the number one issue – one that was allegedly a priority for most Australians – was climate change.

So what went wrong?

In the letter below Imogen asks the Australia that turned out to vote on Saturday what it is that we value more than life on earth itself.

To say I am disappointed is a little of an understatement. On Saturday night I was sitting in front of my TV, ready to say goodbye to an out-dated, climate denying, homophobic, racist government, eating my chocolate cheesecake in celebration, angry that I’d missed out on being able to mark my own little green ballot paper by a few months.

But on the TV, in front of my cheesecake, the blue numbers kept on increasing.

Unfortunately, this election has made it clear that the climate crisis is not one of your main priorities, nor even on your top ten list. I am left, I suppose, to guess what was more important to you than the imminent collapse of our earth as we know it. I am racking my brains to find what Australians care about more than stopping this fiery future.

Perhaps you wanted a strong economy? Stronger borders? You may be concerned about immigration? Healthcare? Farmers? If you had looked at the Coalition’s policies (edit: lack of policies), you would’ve realised we will not be seeing these things actually improve in the next few years. Quite the opposite. But let’s say these policies were why you pushed climate change to the back of your mind.

The main issue I see here is that climate change is talked about as if it were a separate entity, something we should be worried about because of the polar bears, or maybe having to slap on a few more layers of sunscreen in summer. As if we could separate its effects from the rest of our Australian lives.

You said you cared about having stronger borders, about the ‘foreigners’ invading, as if climate change could be pushed aside in favour of a (disgustingly) white Australia. But how do you propose Australia manages the massive influx of refugees as entire islands in the Pacific are swallowed up? As climate-related conflicts over sparse water push millions in Syria out of their homes? Then would you care about global warming?

You said you cared about healthcare more than the environment. But how can healthcare be separated from the environment as we see thousands more people dying, thousands injured by fire, thousands polluted? When you see the need for mental health care skyrocket as my generation fears its bleak future? Would you care about the climate crisis if you saw this?

You said you care about Aussie farmers before you do our climate. But what do you believe will happen to these families as our drought continues, as bushfires roar through our country, as floods pick up entire herds of cattle? Then would you vote with climate change in mind?

You said you cared more about your cost of living. The Coalition wishes to ruin anyone not in the top 1% of income anyway, but with their added policy of doing nothing about climate change, I guess you will see your cost of living skyrocketing as petrol prices rise, as energy becomes impossible to source, as our natural environment around us dies. Would you care about climate change if ignoring it meant spending more money?

You claimed that the economy should take a higher priority than our world, while our world was literally on fire, as if the economy were a God we must all sacrifice our earth to, as if cutting taxes on the very companies ruining our planet will strengthen our country. As if basing our economy on the exact source (coal) of our problems now will mean a bright future. Would you care if you learnt that climate change would weaken our economy, and its future?

There is not a single issue in our world right now which is separable from the issue of climate change. Climate change is an amplifier, a quiet explosion, a shadow which will ooze into our everyday lives and make every single bit of them harder to manage.

Would you call Australia to action if not doing so would change every facet of our existence? Perhaps you were scared of change. But I cannot think of a more worrying change than the collapse of our way of life as we know it.

Even if that ‘change’ involves putting out the fire inside our own home.

We have learnt that Australia isn’t yet ready to face our own destruction, and that by the time we will be ready, the ground around our feet will have long burnt away.

But now we are stuck with this government, we must make them work in the best interests of us all. Let’s make them hear us, tell them, show them, make them believe that we want to see change, that we care, and that they cannot get away with another six years of inaction.

You’ll find us volunteering, side by side with Greenpeace. You’ll find us on GetUp phones and challenging you in by-elections. You’ll find us amongst the signs in climate marches – on your TVs and all over Facebook. Our generation will fight to make the world we will inherit match the one in which we want to live.

If we can get this government to listen to its people, only then Australia can move forward.

Let’s make them hear us.

(and all the young people who will be left to clean up the mess you have made).

Imogen Senior is currently studying for her HSC. She is passionate about issues of equality and human rights, and hopes to make this her career in whatever way she can. 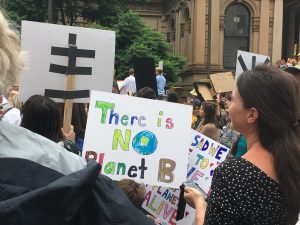